“Into the Ring” released new stills of Nana and Park Sung Hoon!

In the previous episode, Goo Se Ra (Nana) and Seo Gong Myung (Park Sung Hoon) began their project to save the neighborhood of Sarang. The two had already been suspicious of the movement to change the neighborhood’s name, and they eventually realized that the issue was connected to Mawon District’s “tax-eating hippo” Smart One City business. Goo Se Ra and Seo Gong Myung attempted to persuade Yoon Hee Soo (Yoo Da In), leaving open the question of whether she will chose her conscience over personal gain.

On August 6, new stills revealed the continuing turmoil at the Mawon District Office. In the photos, Goo Se Ra’s office is filled with protesters holding picket signs that read, “Laborers are people too. Guarantee security!” Facing the protesters, Goo Se Ra and Seo Gong Myung look shocked, raising curiosity about the reason behind the protests. Nonetheless, Goo Se Ra quickly gets down to business, lending an ear to the protesters as Seo Gong Myung watches on while seriously analyzing the issue at hand. 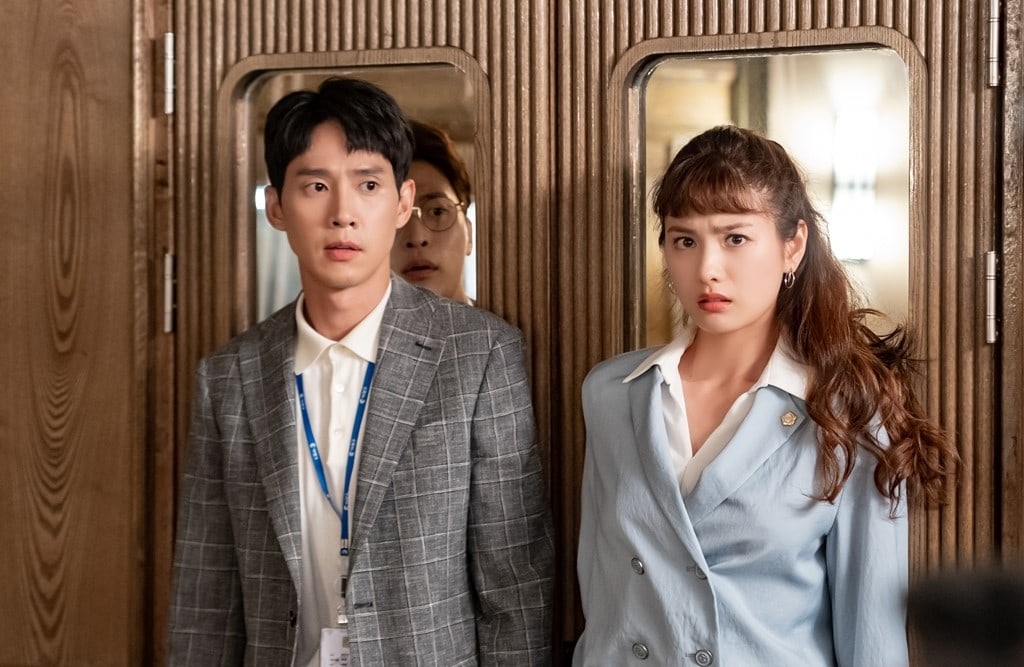 Goo Se Ra has always acted for the people’s cause when it came to politics. Although she ran for district representative for the money, Goo Se Ra generously donated the funds she acquired with difficulty to volunteer organizations and where it was needed. Viewers are expecting it to be no different with the upcoming issue. 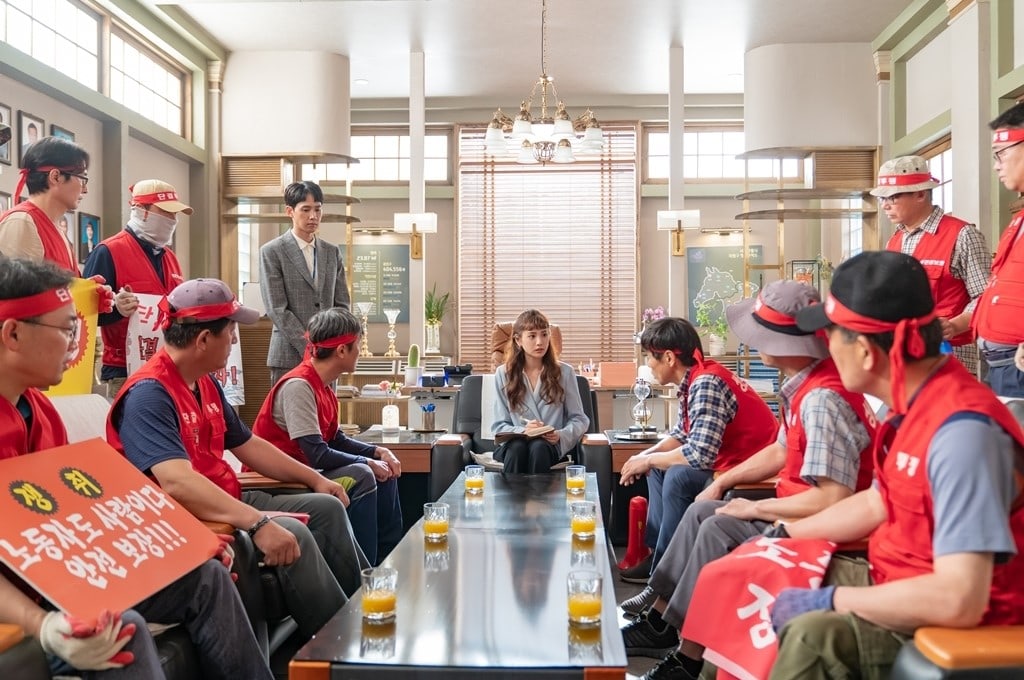 The production team shared, “In today’s episode, Goo Se Ra will meet another case that’s related to the series of issues including Sarang neighborhood’s name change and the Smart One City business. The protesters taking over the office has also occurred as a part of this issue. Please show lots of interest in how Goo Se Ra will overcome this difficulty and what the shocking truth that has appeared in front of Goo Se Ra and Seo Gong Myung could be.”