Returning to the drama world for the first time in three years, Joo Won will be playing detective Park Jin Gyeom, who was born apathetic. Since the actor has taken on many challenging roles in the past, viewers are highly anticipating his transformation in the upcoming drama.

On August 6, “Alice” released new stills that show Park Jin Gyeom’s character traits. In the photos, Park Jin Gyeom is sitting alone in his school uniform. He makes himself small by hunching over, hinting that something has occurred, but Park Jin Gyeom doesn’t look particularly afraid. Rather, he has an intense expression with bright eyes, raising curiosity over what situation Park Jin Gyeom has gotten himself into and what he could be thinking about. 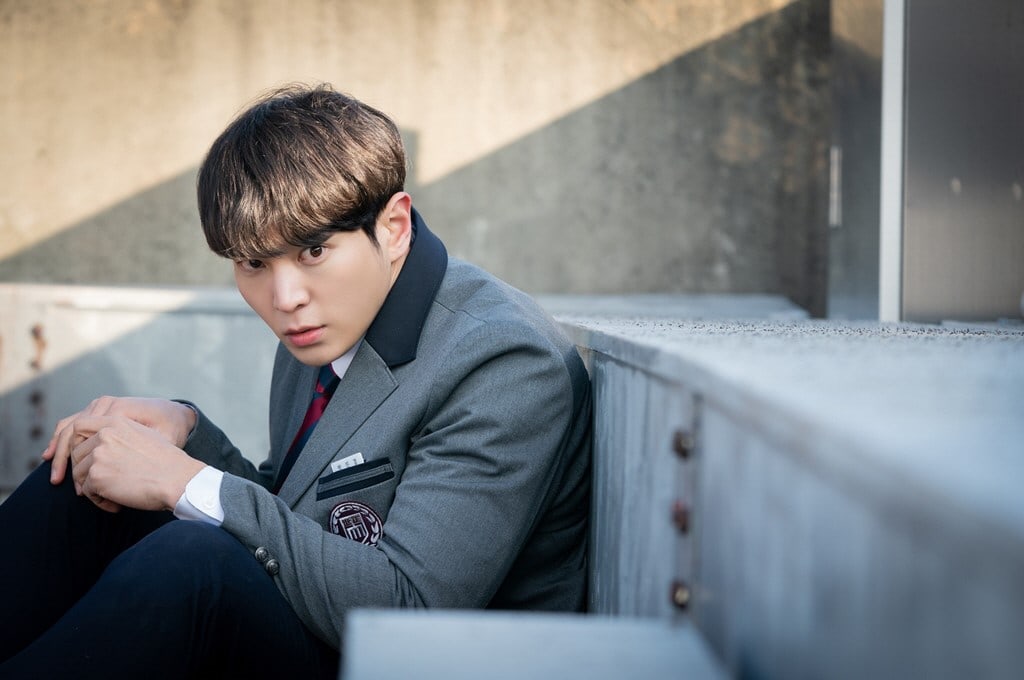 Previously, the production team of “Alice” had commented that portraying the apathetic Park Jin Gyeom would be a challenge for the actor since he would have to portray Park Jin Gyeom’s inner thoughts and changes without using large expressions. Despite the difficulties, Joo Won skillfully used his gaze, expression, and body language to convey the situation while playing the character.

The production team asked for viewers to anticipate the drama and shared, “Since Joo Won is returning to the small screen for the first time in three years, he did his best to immerse himself in his role and thoroughly take on ‘Alice.’ Due to this, Joo Won’s version of the apathetic Park Jin Gyeom character, which is only possible because of Joo Won, was completed.”

“Alice” premieres on August 28 at 10 p.m. KST and will be available on Viki with English subtitles.