The photos give a sneak peek at what will happen in the upcoming episode. Goo Se Ra (Nana) and Seo Gong Myung (Park Sung Hoon) tightly hold hands as they sneak into a construction site in the middle of the night. Their eyes are wide with alert, and they seem nervous as if someone dangerous is chasing after them.

The third picture especially catches the attention of viewers because it seems like they discovered something important. They bend down to get a closer look at the object, and Goo Se Ra shines her cell phone light on it. Where exactly are Goo Se Ra and Seo Gong Myung, and what did they find there? 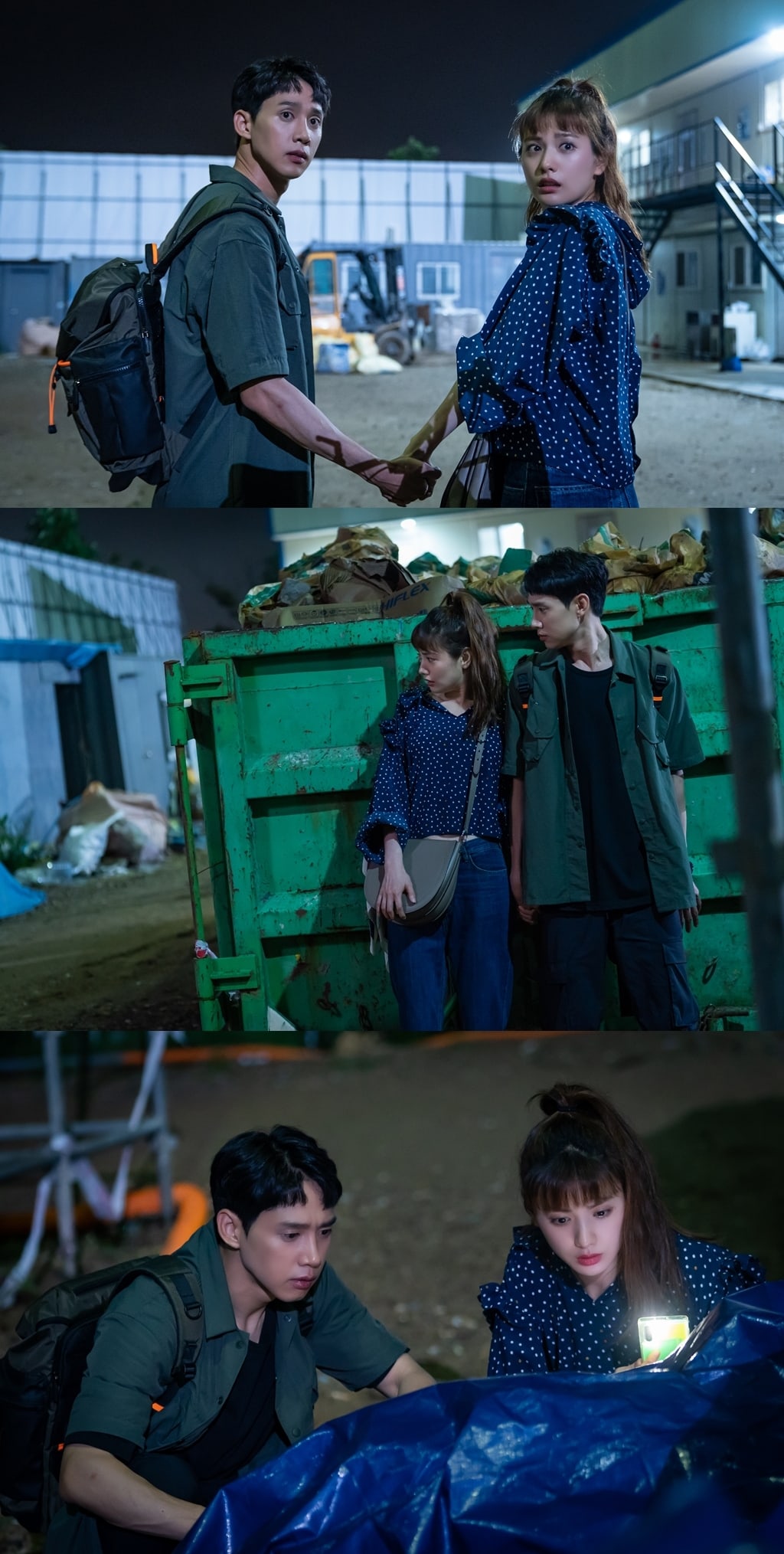 The production team of “Into the Ring” shared, “In the 12th episode of ‘Into the Ring,’ which will be broadcast today (August 6), Goo Se Ra and Seo Gong Myung will showcase fantastic teamwork. Please pay a lot of attention to what kind of case the two will solve with their perfect chemistry. Please also don’t forget to focus on the two actors who portray increasingly perfect chemistry with each episode.”