The thrilling chase between Cha Ji Won (Moon Chae Won) and Baek Hee Sung (Lee Joon Gi) has officially begun in the latest episodes of “Flower of Evil.” Packed with grandeur and diabolical reveals, this week’s episodes only muddied up the mysteries of the past. Perhaps Hee Sung isn’t the murderer he confessed to being in the premiere episodes. Like any great thriller drama, “Flower of Evil” continues to deliver an intense and gripping plot that leaves viewers aching for more. Here are the things we loved and hated about episodes 3 and 4.

Warning: spoilers for episodes 3 and 4 below.

LOVED: Baek Hee Sung not being the serial killer

Even though Hee Sung did boldly admit he killed the village foreman to a restrained Kim Mu Jin (Seo Hyun Woo) last week, this week’s episodes had him alibi out for the brutal murder of Nam Soon Gil (Lee Kyu Bok). In fact, Mu Jin is the reason he alibis out of both the murder and the attack of Oh Bok Ja (Park Seung Tae), a woman who could identify Hee Sung as Do Hyun Soo to the authorities. First Mu Jin figures out that Hee Sung was with him at the time of the murder, and during the second attack, Hee Sung is hiding and waiting for Mu Jin’s signal to steal back the photo. 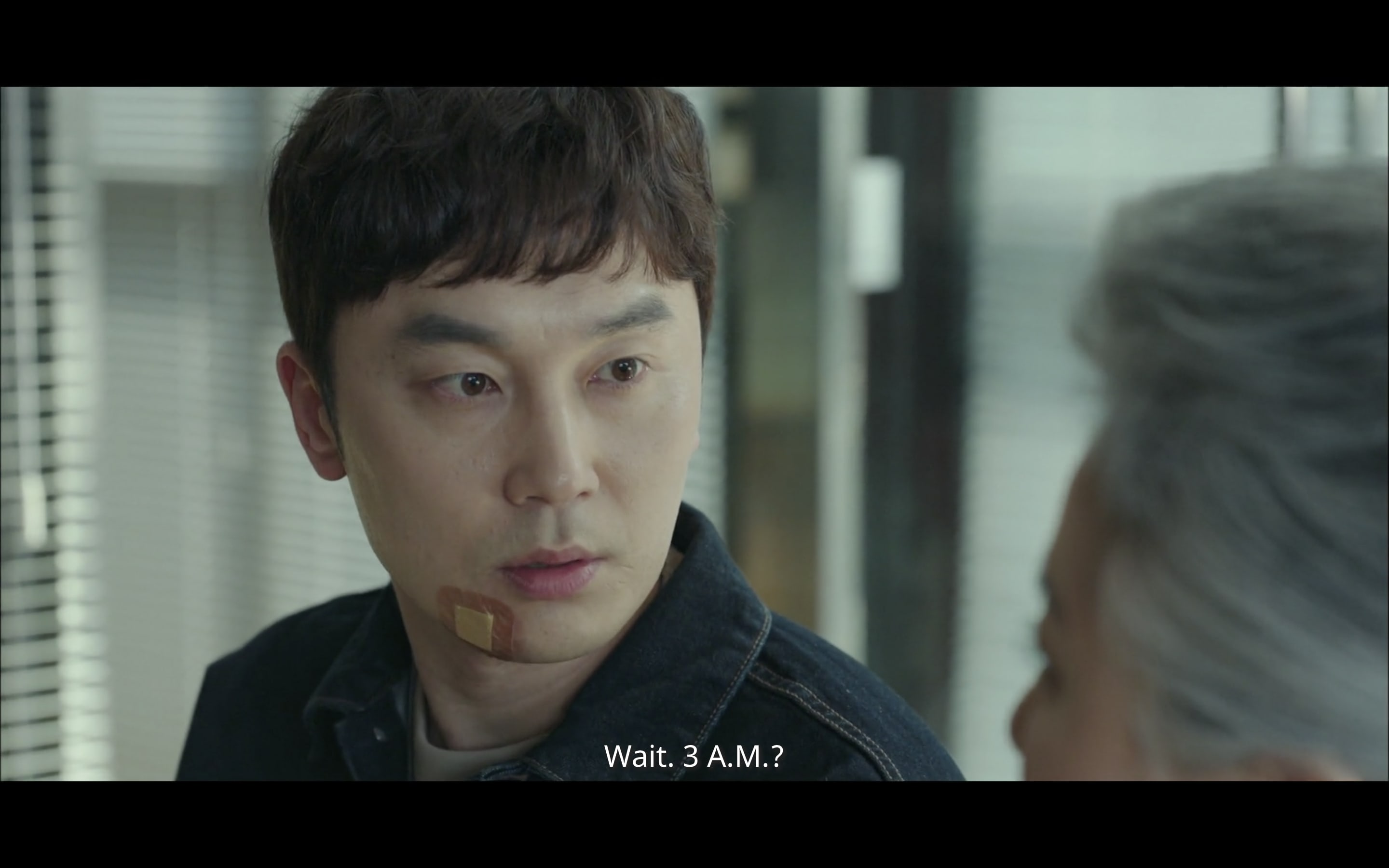 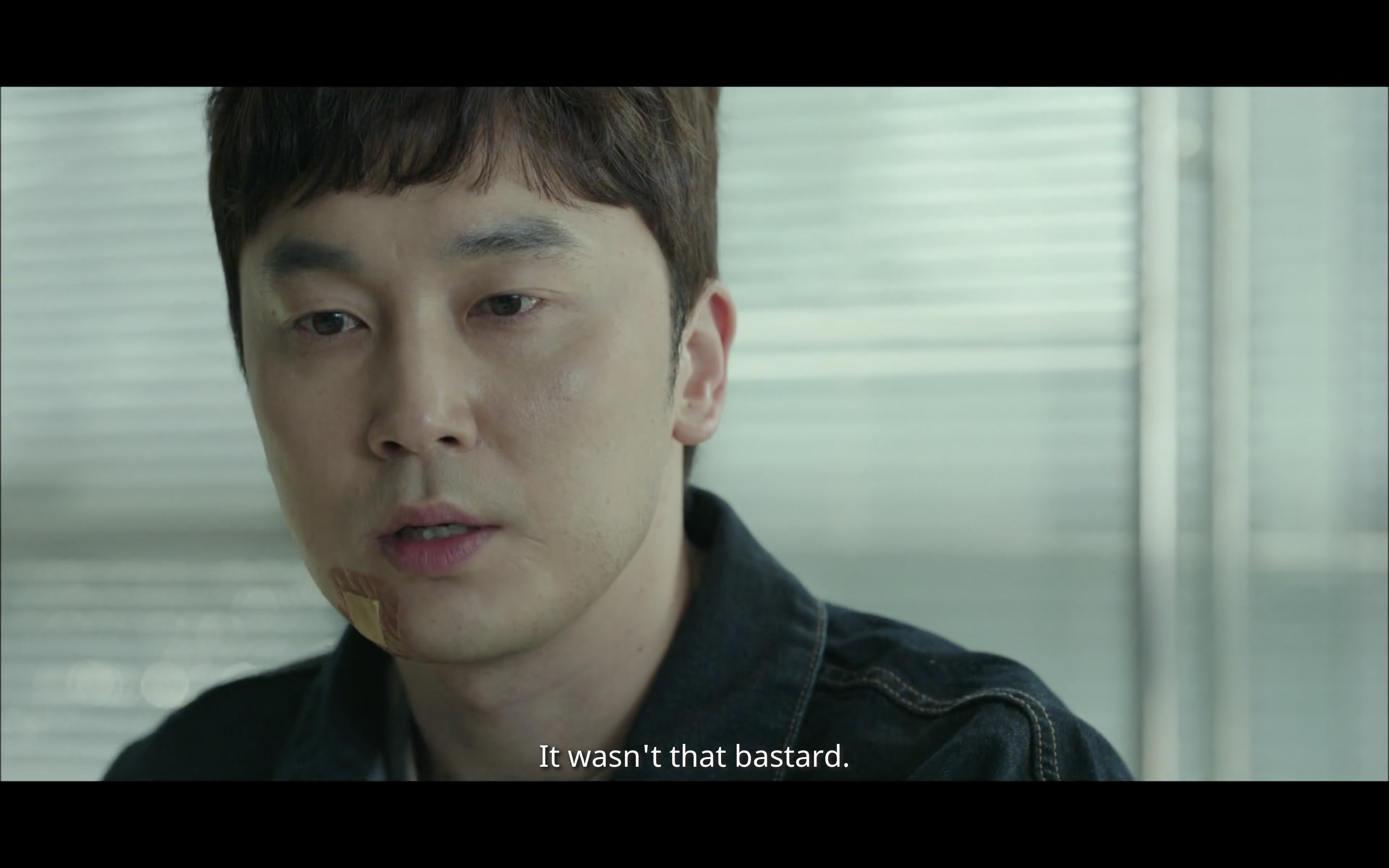 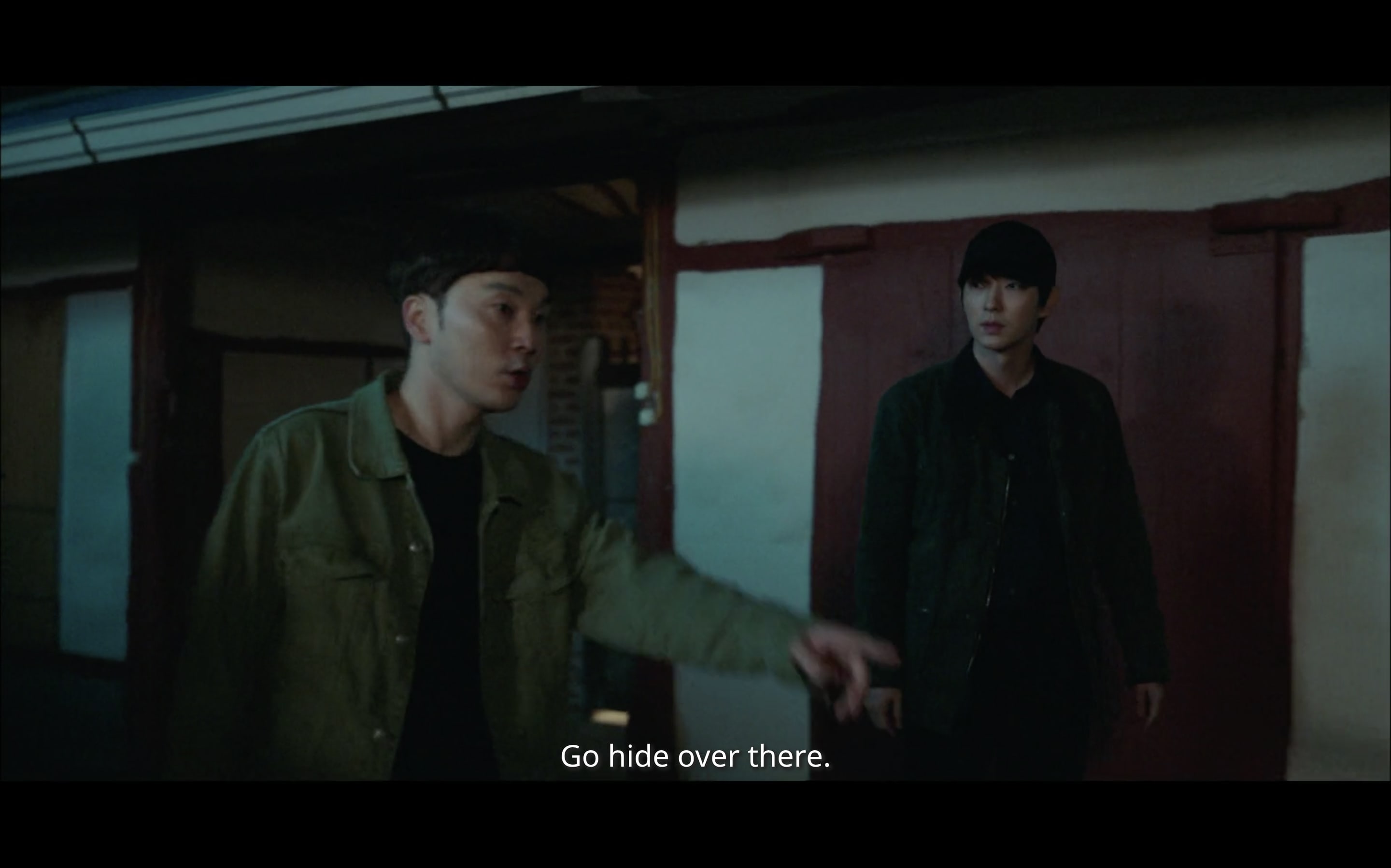 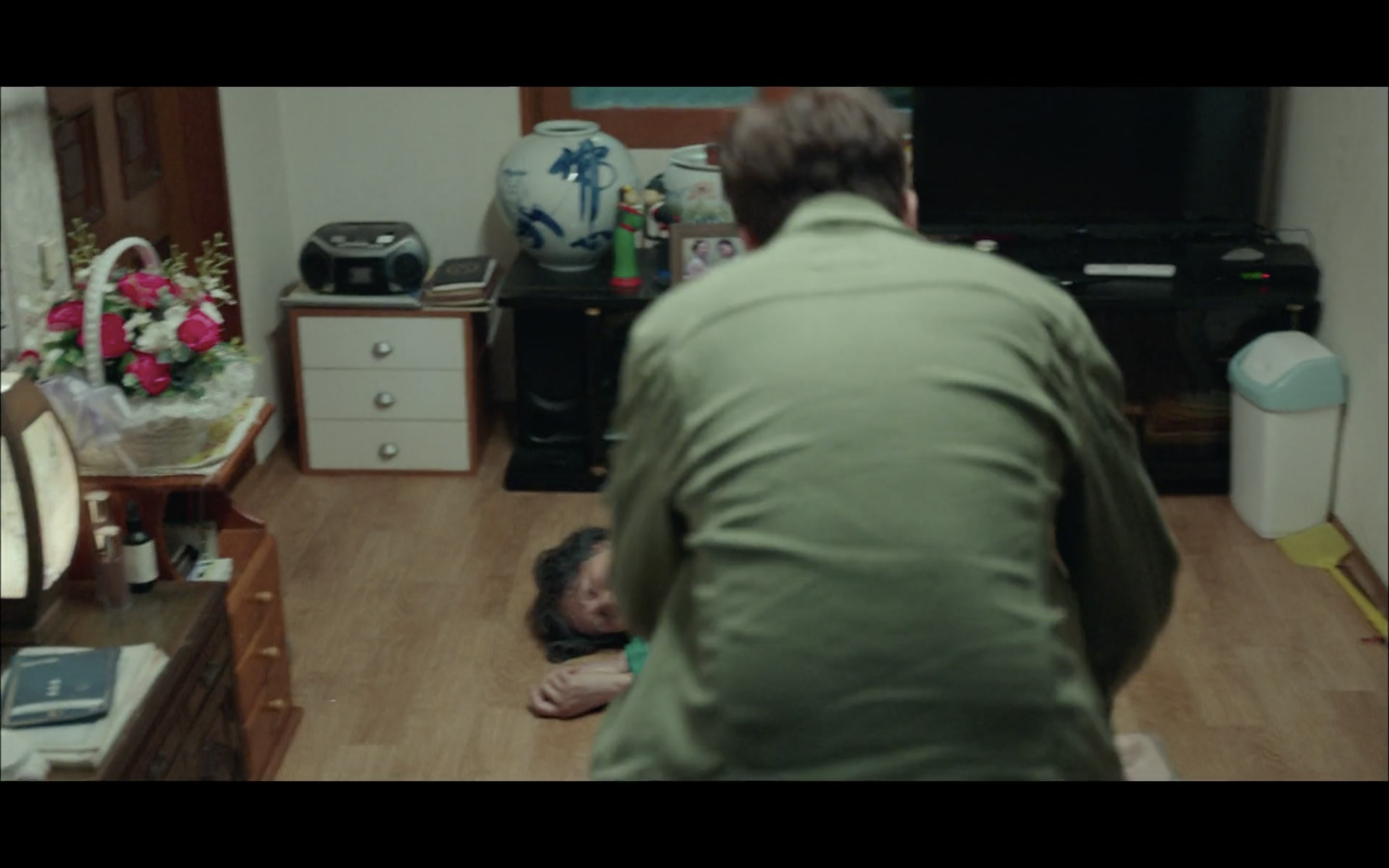 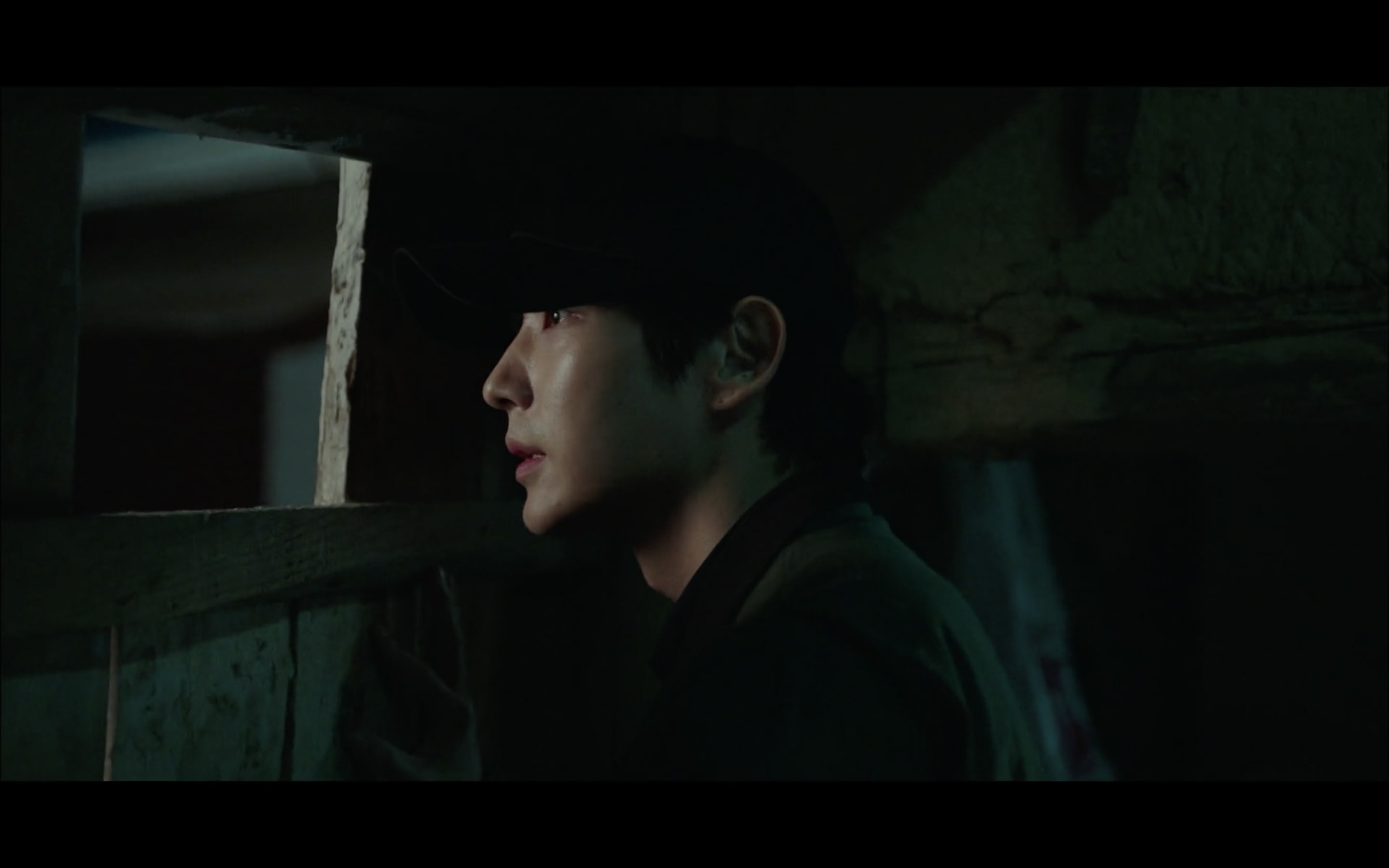 While the premiere episodes definitely seemed to cast some doubt on whether or not Hee Sung is guilty of terrible things, these episodes seem to clear Hee Sung of any suspicion to the audience. It also calls in to question how much his confession from the premiere episode is true. There must be more to the story than the snippet we saw last week of him standing over the village foreman’s dead body with his sister. Even when presented with the opportunity during episode 3 to kill Mu Jin, he lets him go instead because the cops are looking for him. One would think that would give a killer more incentive to kill his victim, but Hee Sung makes a different choice. Since he’s not the serial killer, it begs the question of how the show will fulfill its premise. Will Ji Won really suspect Hee Sung to be a killer? Even after finding his watch, the sneak peek for episodes 5 and 6 seem to suggest she will think of him as a victim. Of course, it’s still early so it’s easy to assume that some major plot twists could be on the way. Either way, Hee Sung’s character has grown more intriguing, and it will be exciting to see how he clears his name.

Much like our charming trio of detectives last week, this week’s episodes showcase the awesome dynamic between Mu Jin and Hee Sung. Once Mu Jin figures out that Hee Sung isn’t the murderer the police are looking for, he suggests they team up together to solve the crime themselves. It’s a win-win situation because Mu Jin gets an exclusive, and Hee Sung can clear his name. 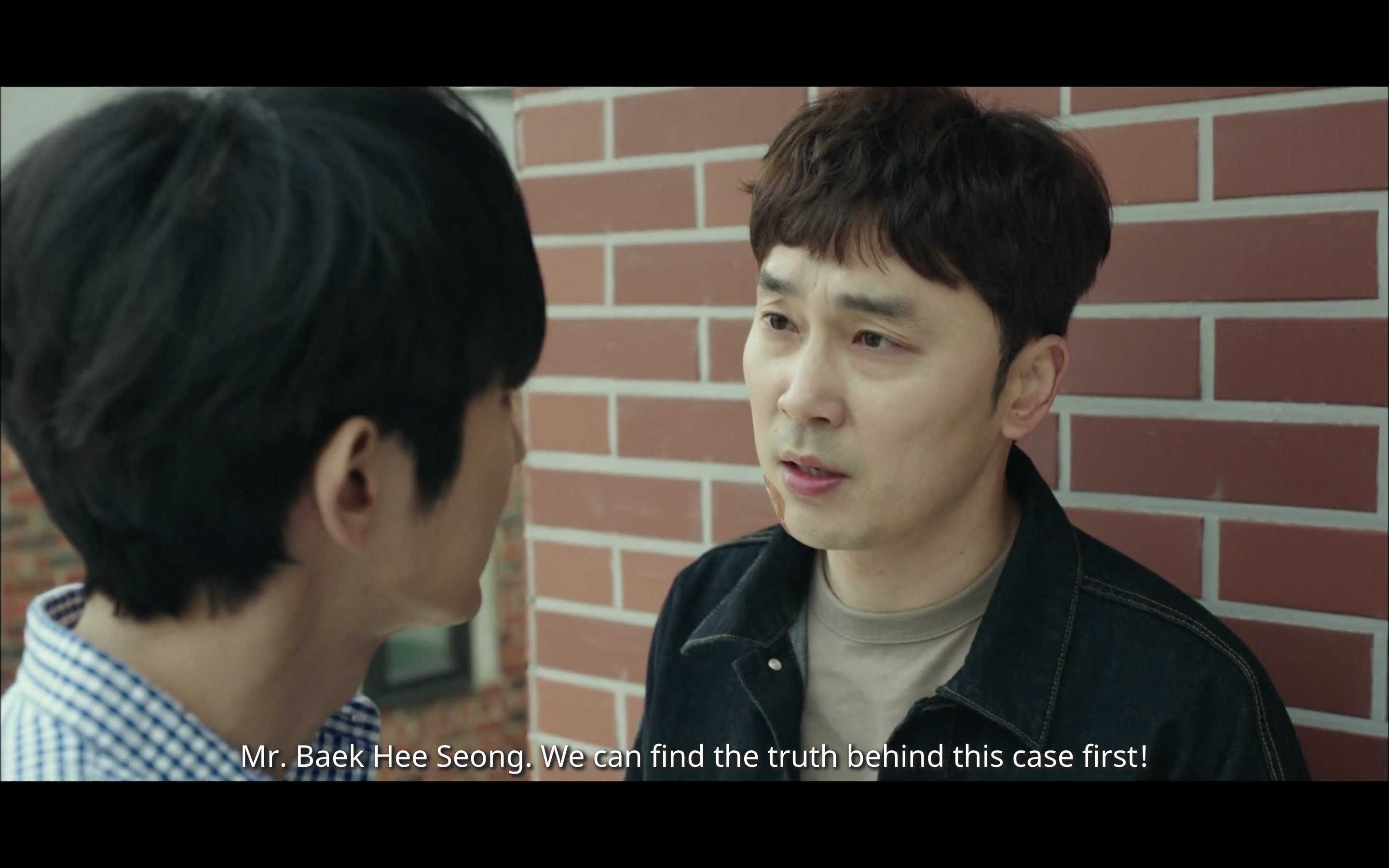 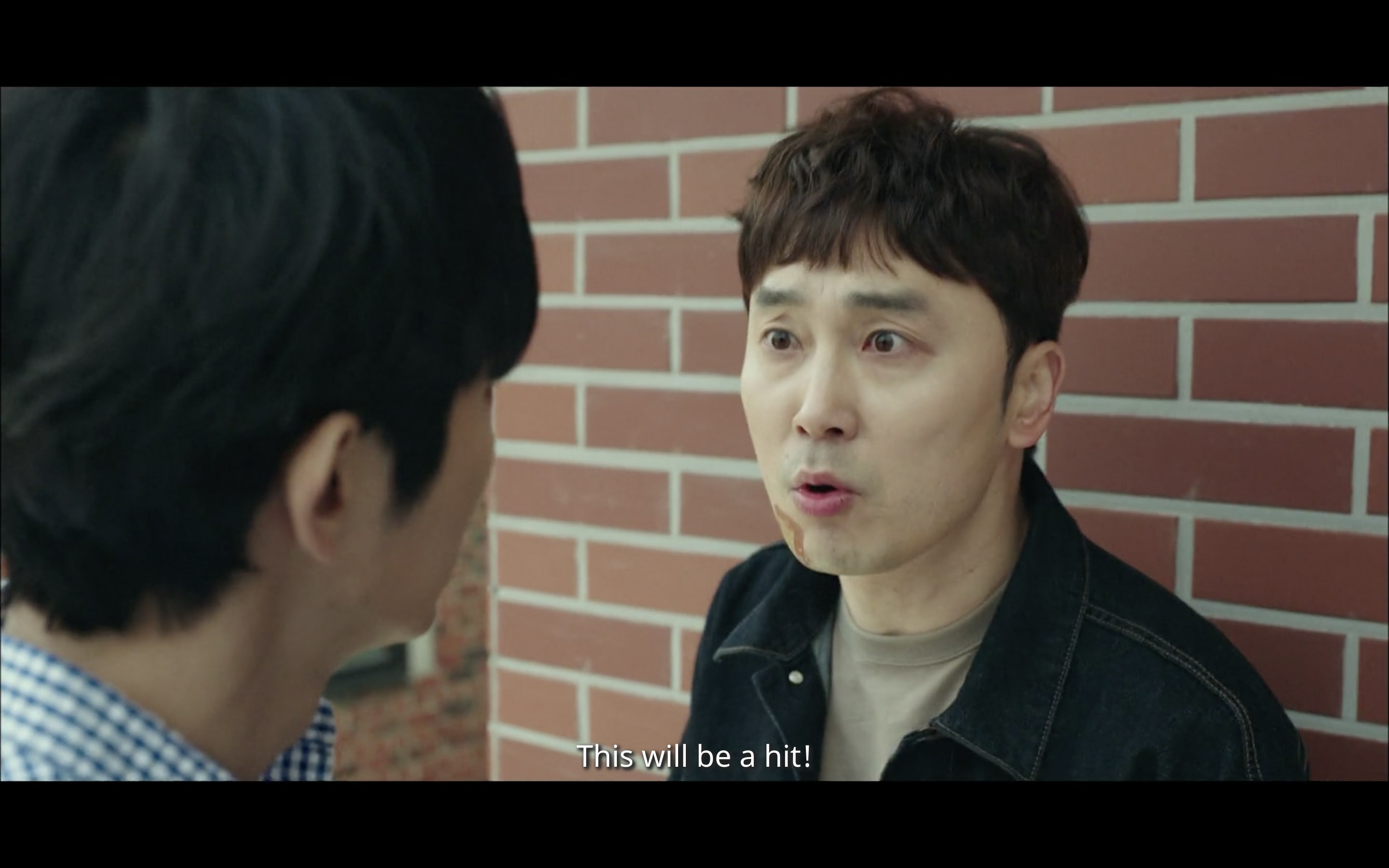 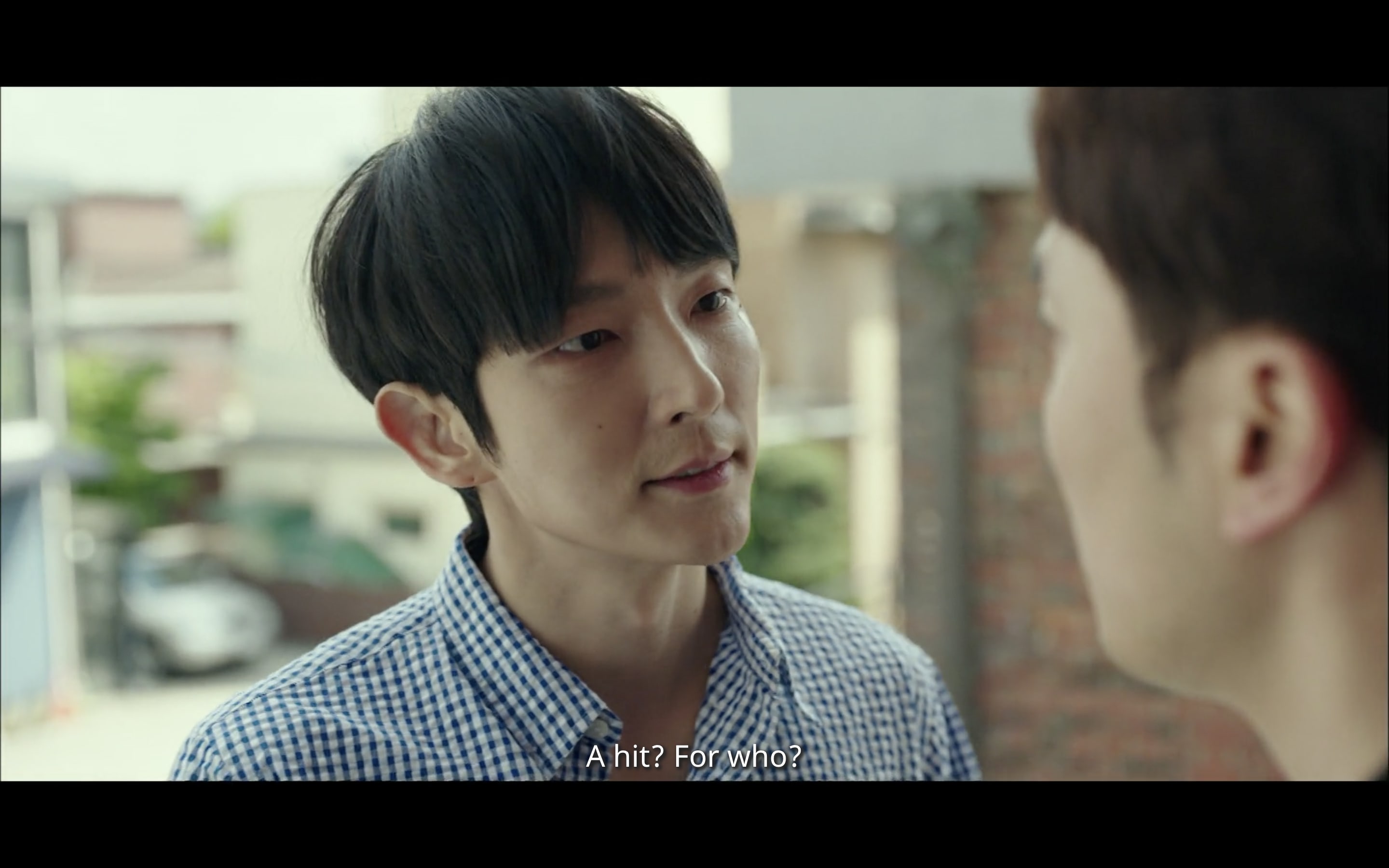 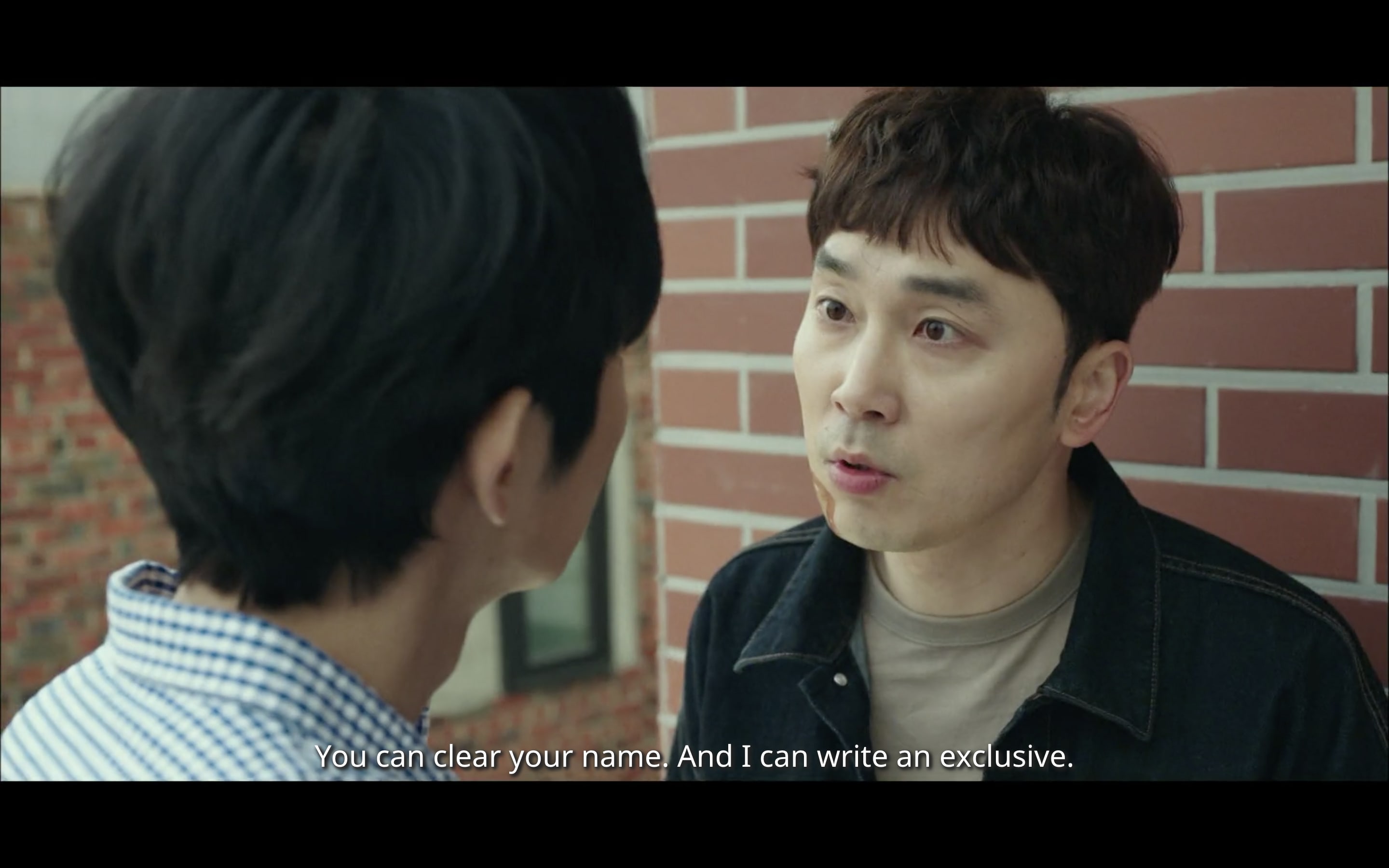 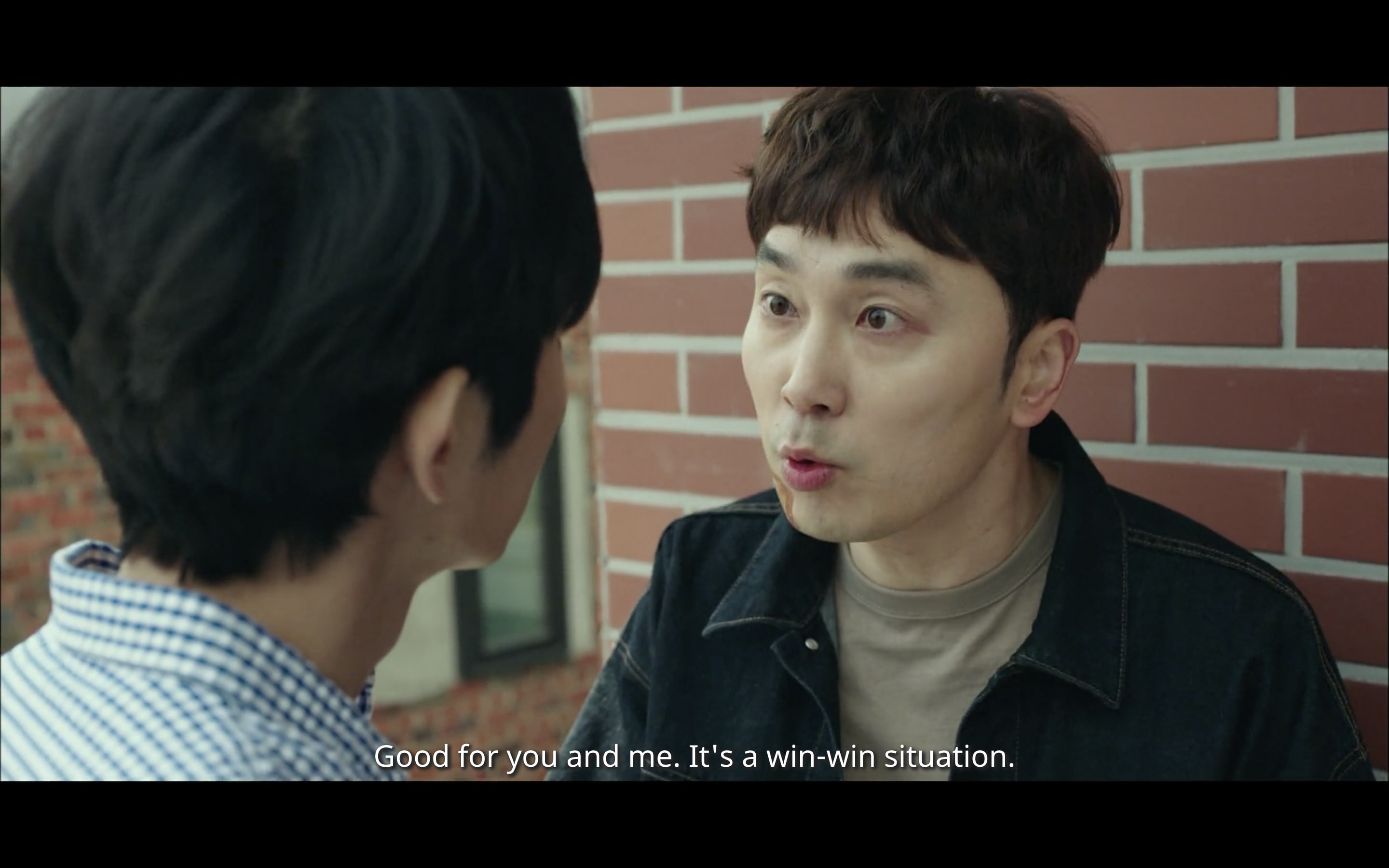 While there is a certain amount of tension between the pair given their troubled history, their scenes are quite enjoyable. Considering they both have committed horrible acts against the other, their alliance seems rather strong. Despite being scared of Hee Sung, Mu Jin still doesn’t hesitate to try and use dirty reporter tricks to get the truth of the past. While Hee Sung does darken when he catches Mu Jin, he still opens up about his relationship with Ji Won afterward. There is a deep sense of camaraderie between them which makes their dynamic fun to watch.

LOVED: Hee Sung’s hallucination of his father during his fight with Soon Gil

A pivotal scene in the newest episodes is the flashback scene between Hee Sung and Soon Gil. Soon Gil attacks Hee Sung in the woods, but his attempt is foiled when Hee Sung gets the upper hand. As Hee Sung straddles Soon Gil and is poised to kill him, he suddenly sees his father. Hee Sung’s whole demeanor clams up as his father tries to goad him into killing Soon Gil. 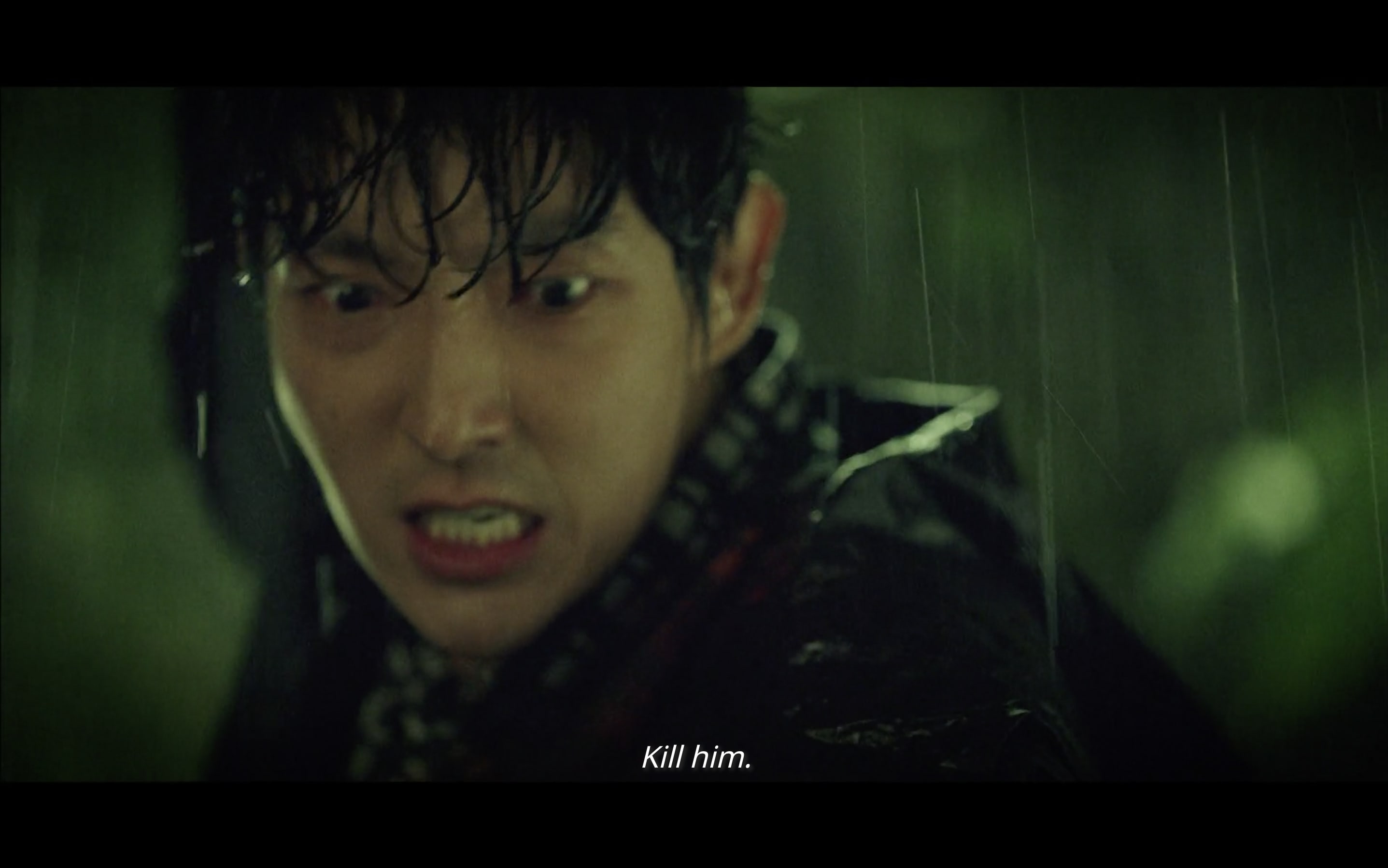 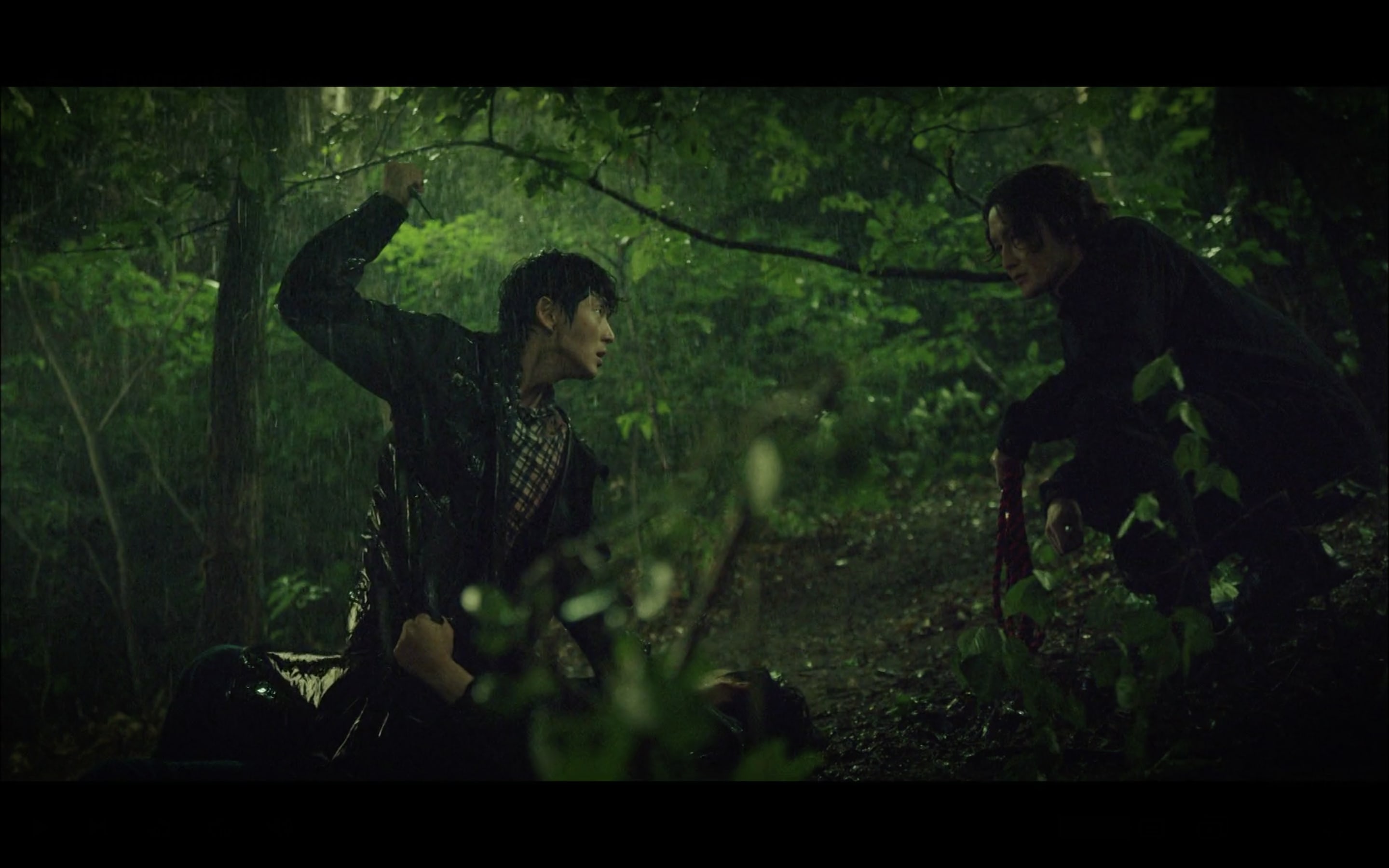 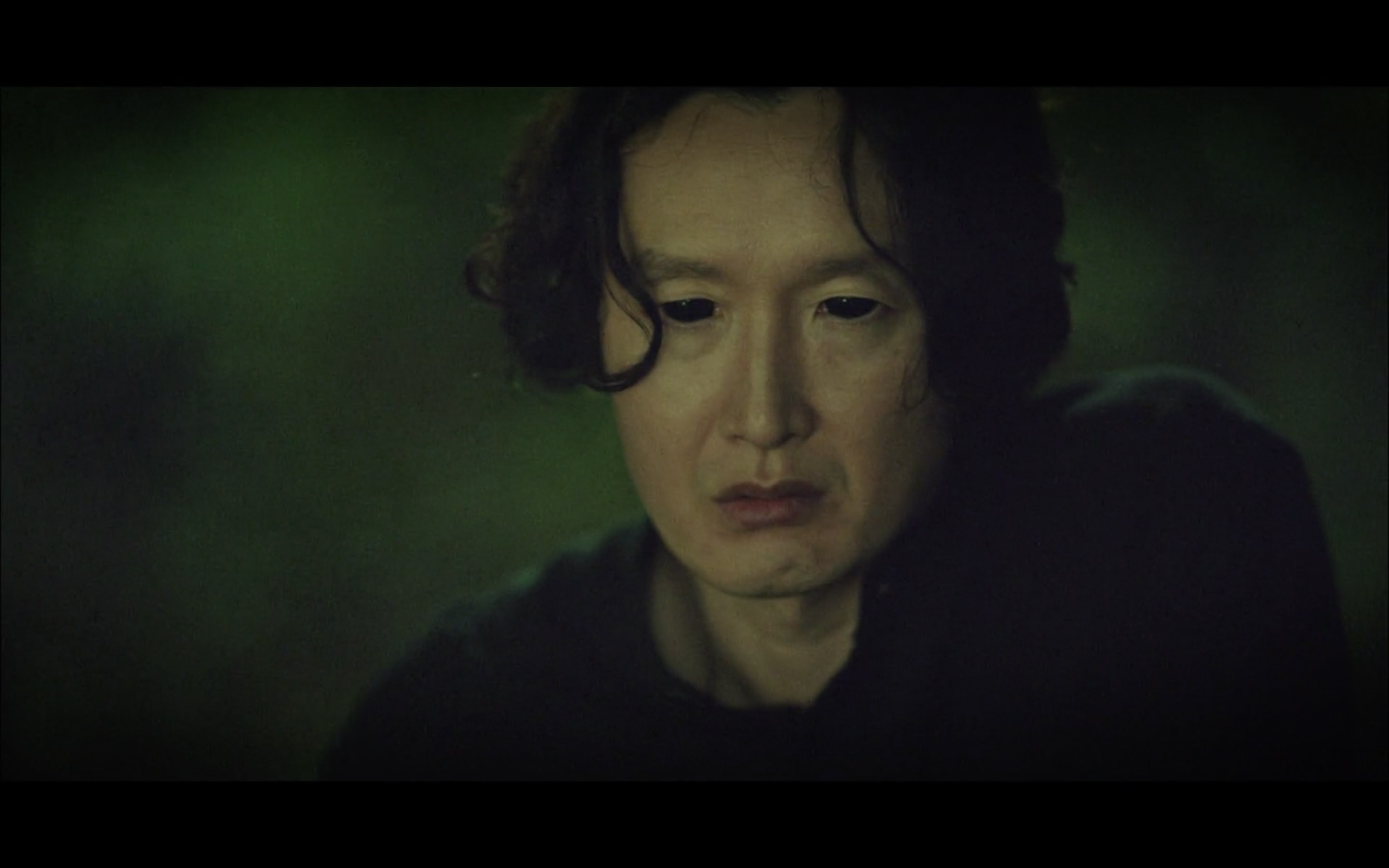 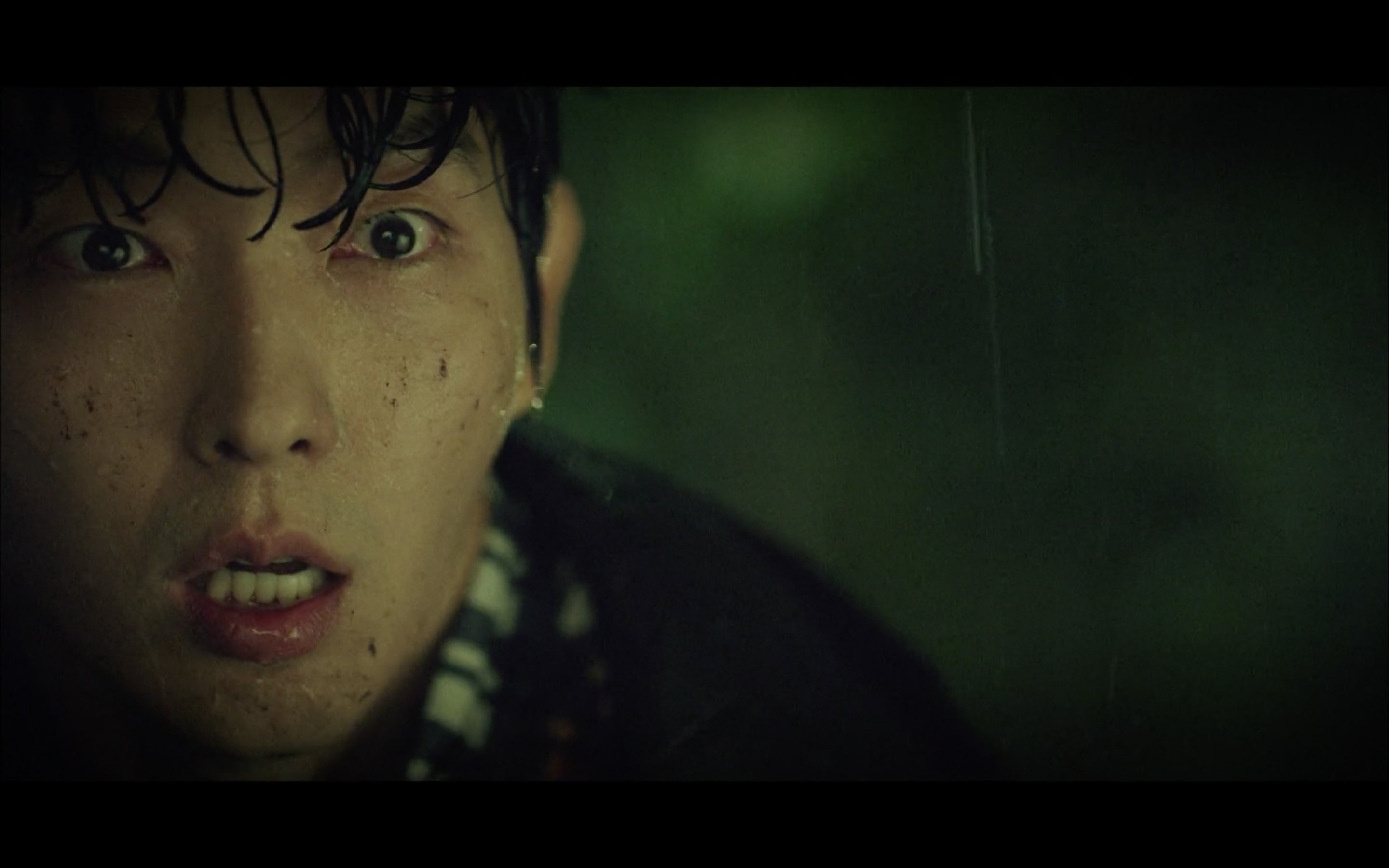 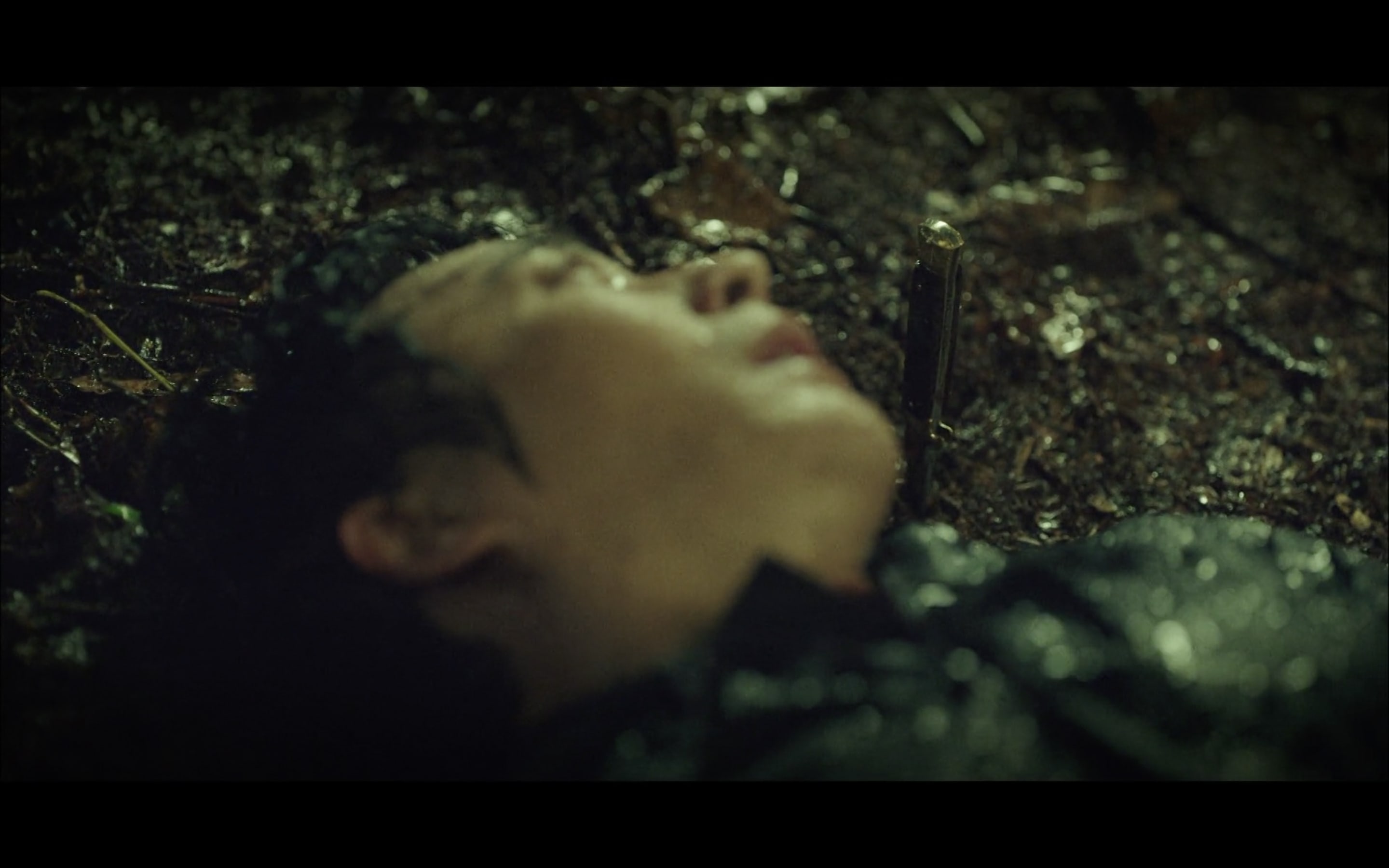 The hallucination of Hee Sung’s father Do Min Seok (Choi Byung Mo) is really chilling. Those demon eyes? Cue intense shudders. However, this scene is a great parallel to Ji Won’s scene with Park Seo Young (Lee Ju Yeon) last week. Hee Sung had the opportunity to give in to violence and instead chooses not to. Of all the scenes that speak to Hee Sung’s innocence, this scene really pushes viewers to wonder if he’s the killer everyone has made him out to be. He doesn’t seem to want to join his father or be like him in any way. Instead, he seems scared of his father like everyone else.

One of the best scenes from this week’s episodes is the chase between Hee Sung and Ji Won. After arriving at Bok Ja’s house to retrieve the picture, Ji Won runs into Hee Sung, who she assumes to be Hyun Soo. They chase each other down the road into an empty warehouse where they have an intense fight. After disarming Ji Won next to a shelf, Hee Sung notices that some sharp tools are going to fall. Instead of leaving, he jumps forth and protects Ji Won to bear the brunt of the tools for her.

From the drama’s promotions through the premiere episodes, one of the biggest questions that remained was if Hee Sung truly cares about Ji Won. Judging from this scene, one could argue that he does. If he didn’t care about her at all, wouldn’t he have just walked away? She had no idea it was him. Instead, he chose not to and risked being caught to protect her. While Hee Sung claims he doesn’t feel these things, the show does a great job of blending in scenes that prove that he does even if he doesn’t realize it. No matter how their relationship will turn out with the episodes to come, it seems their love story will be one for the storybooks.

An excruciating scene to watch this week is Hee Sung’s flashback of the townspeople dragging him to perform an exorcism. In episode 3, Mu Jin notes that they thought he was weird and didn’t know that he really suffered from an anti-social personality disorder. Then in episode 4 as Mu Jin drives through the town, Hee Sung remembers the place where the attacked happened. He seizes in pain and covers his face as the memory plays in his mind.

This scene is painful to watch, and it opens up the discussion on the lack of knowledge and awareness about mental illness. While the past is still murky and not all of Hee Sung’s actions have been explained, he definitely didn’t deserve to be traumatized for his father’s crimes. Since it seems like Hee Sung is innocent, this scene feels even more heartbreaking. Earlier in the episodes, Ji Won wonders how his dad could’ve influenced his anti-social personality, but what about the townspeople who harassed him? Hee Sung deserved to be treated with kindness and respect, and the villagers clearly failed him when he was younger due to their own biases.

Catch episodes 3 and 4 below:

Hey Soompiers! What did you think of the newest episodes? Do you think Hee Sung is innocent? What do you will think will happen next week? Let us know in the comments below!

Currently watching: “It’s Okay to Not Be Okay,” “Flower of Evil”
All-time favorite: “Strong Woman Do Bong Soon,”
Looking forward to: “So I Married an Anti-Fan,” “Do You Like Brahms?,” “Double Patty,” “When I Was the Most Beautiful“