MBC’s upcoming Wednesday-Thursday drama “When I Was Prettiest” has released new character posters of the main cast!

“When I was Prettiest” will tell the story of two brothers who fall in love with the same woman. Following a group poster, the new posters give a sneak peek of the characters played by Im Soo Hyang, Ji Soo, Ha Seok Jin, and Hwang Seung Eon, and how their lives will intertwine.

Im Soo Hyang plays the role of Oh Ye Ji, who is the center of attention for two brothers. She dreams of an ordinary and happy life but faces the cruel fate of falling in love with two brothers. Her tagline reads, “This is the first time someone has protect me,” hinting at a lonely past and how she finally feels like someone is on her side. 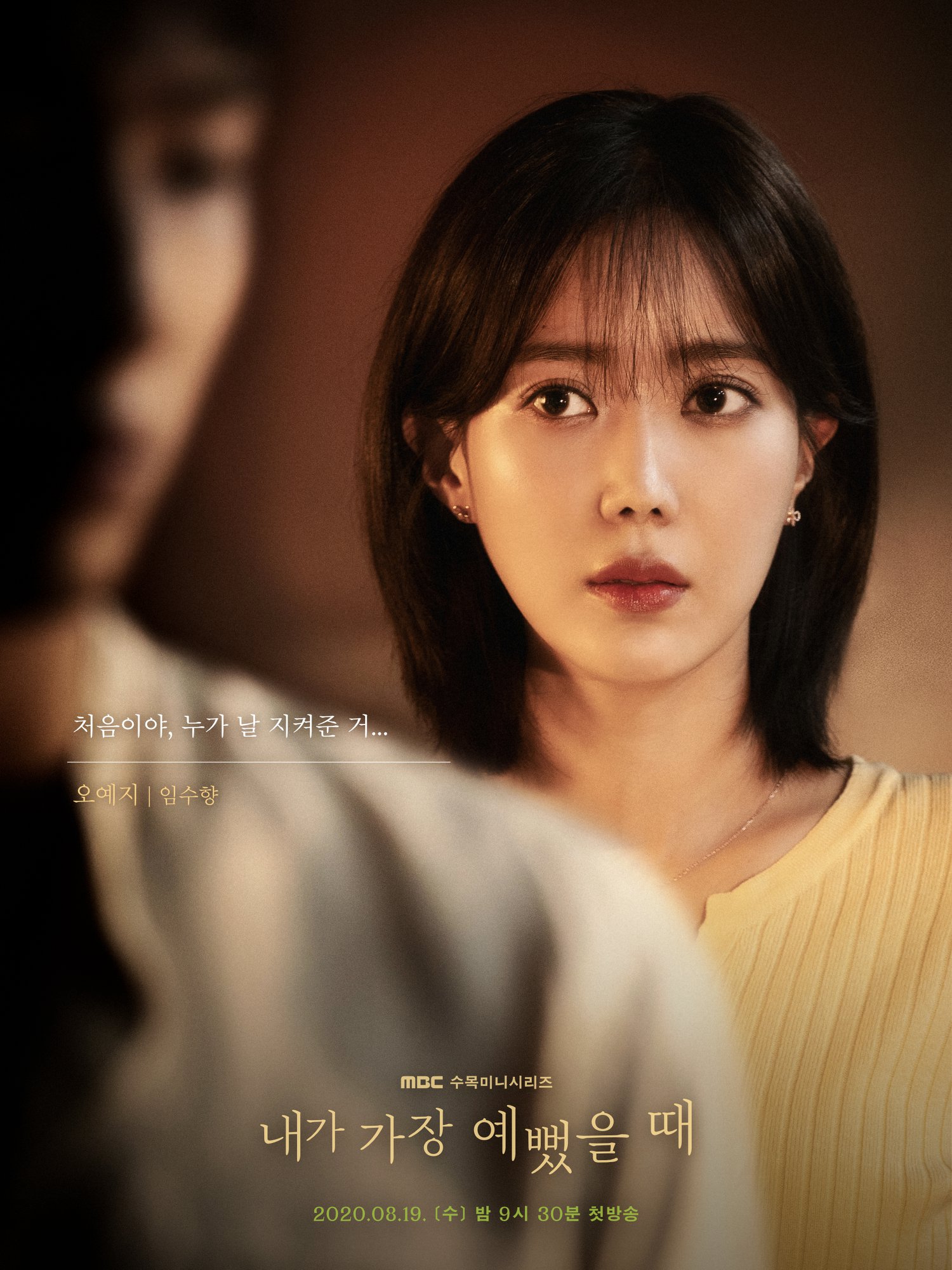 Ji Soo takes on the character Seo Hwan, the younger of the two brothers. He falls in love at first sight with Oh Ye Ji and doesn’t want to let go of her. He has a pained look in his eyes as his tagline reads, “Can’t it be me? Can’t you wait for me?” 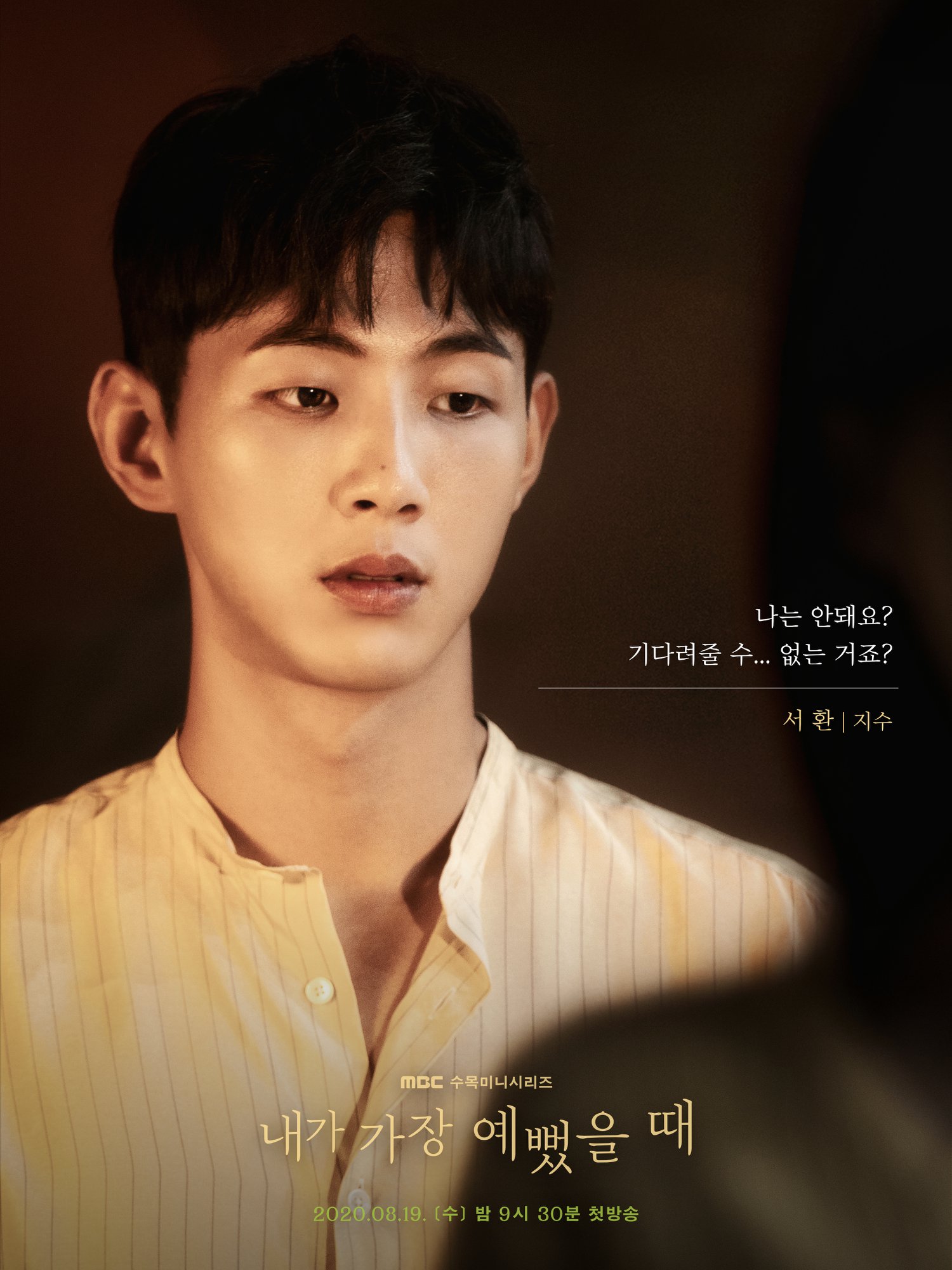 Meanwhile, Ha Seok Jin plays his older brother Seo Jin, who never stops when he finds something he wants. His tagline reads, “I want you to save me. Please become the house I can return to,” and he looks determined to chase after love and get it no matter what. 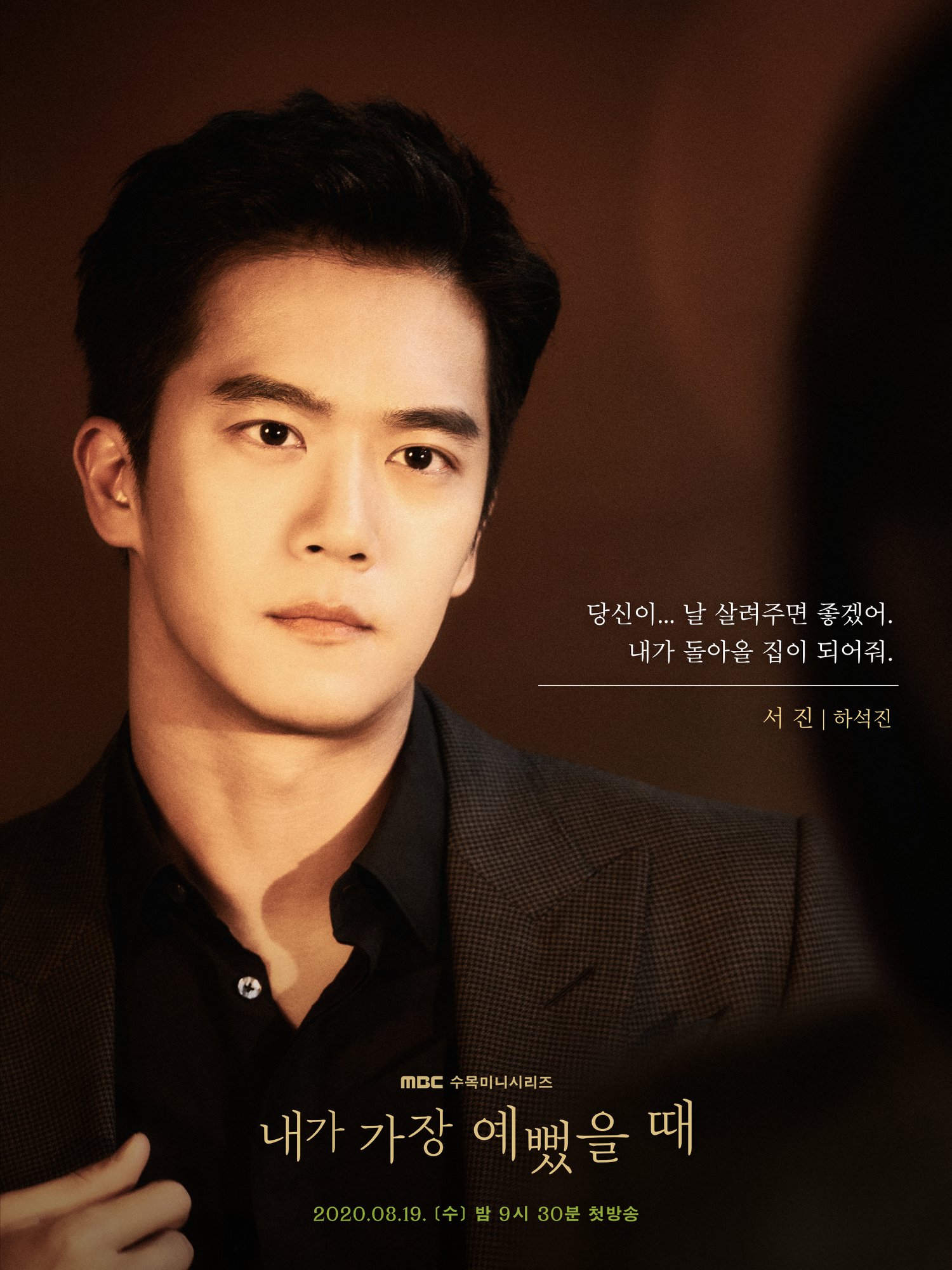 Hwang Seung Eon plays the role of Carry Jung, Seo Jin’s ex-girlfriend who can’t let go of him. She is a talented career woman who also does everything she can to get what she wants. She is determined to win him back as her tagline reads, “Admit it. That things are tough. That your place of rest is me.” 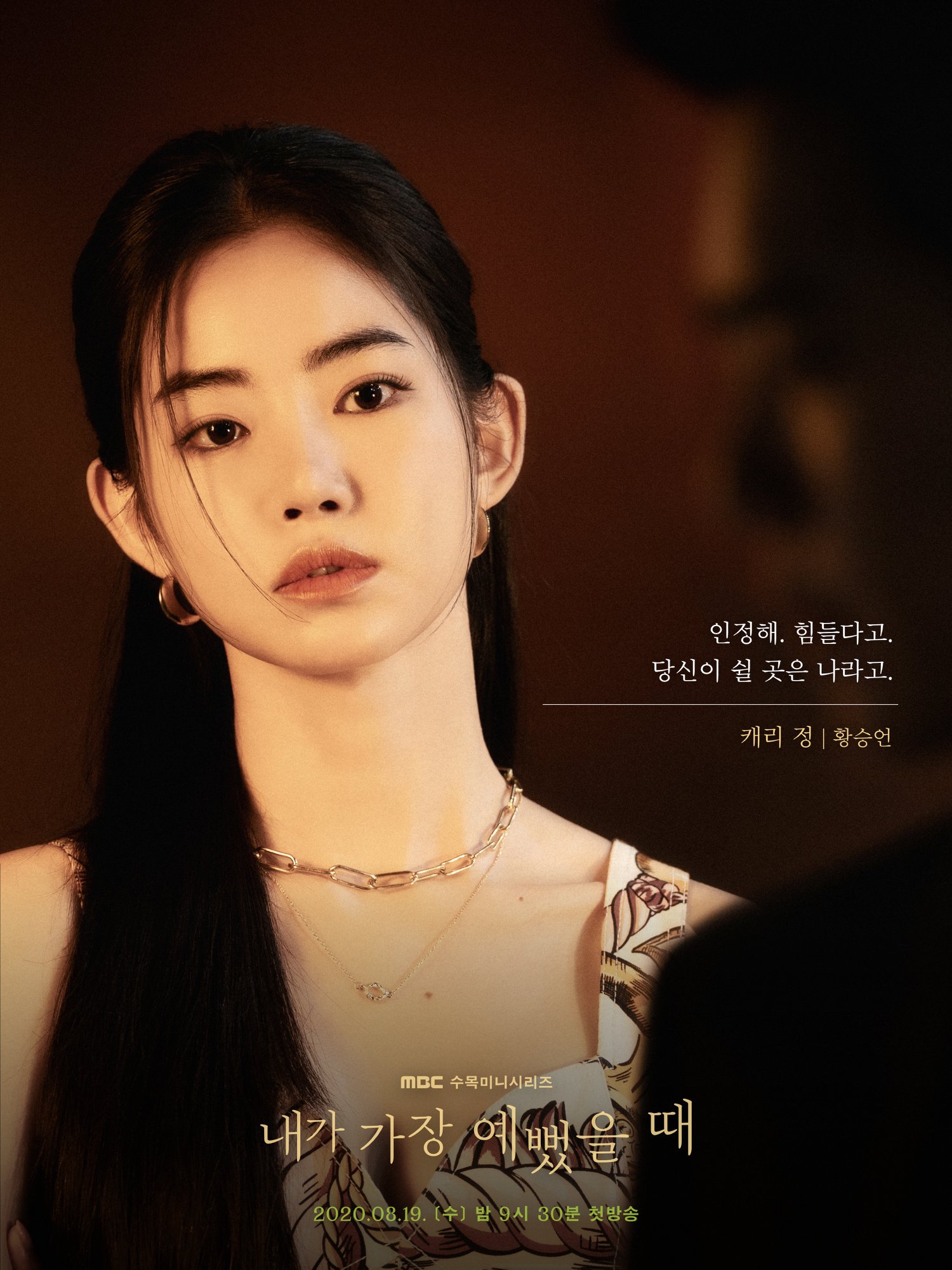 The production staff of “When I Was Prettiest” shared, “We tried to reflect the honest emotions of love that Im Soo Hyang, Ji Soo, Ha Seok Jin, and Hwang Seung Eon will express. It will be an emotional melodrama of four people and their complicated and painful love lives.

Although the posters are full of emotion and pain, the set was full of laughter and energy as the four cast members did their best to convey the emotions of the characters. Whether they were joking about things feeling awkward or Ha Seok Jin sticking to Ji Soo like glue as brothers, the cast kept things light and fun as they filmed.

In the meantime, check out the latest episode of “CHIP-IN” below: