“Train” is a sci-fi thriller about two parallel universes that broke apart because of a fateful choice on the night of a murder. Yoon Shi Yoon stars as Seo Do Won, who in universe “A” lives with a sense of guilt because of the sins of his father. In universe “B,” his father’s crimes lead Seo Do Won into a life of corruption.

Jo Wan Gi plays detective Woo Jae Hyuk, who in universe “A” has a sincere respect for Seo Do Won. In universe “B,” he despises him, but when “A” Seo Do Won comes to universe “B,” he slowly opens his mind to him. Baek Jae Woo plays Kang Joon Young, the youngest detective in the violent crimes division, who is quick-witted and a a valuable source of information on the team.

In the new stills, however, Yoon Shi Yoon, Jo Wan Gi, and Baek Jae Woo are investigating a back alley in broad daylight. Seo Do Won appears to have discovered a clue by the expression in his eyes, and despite the innocent scene, the other detectives look serious and troubled as well. Viewers are curious as to what they could be investigating as Suk Min Joon had already confessed to being the murderer. 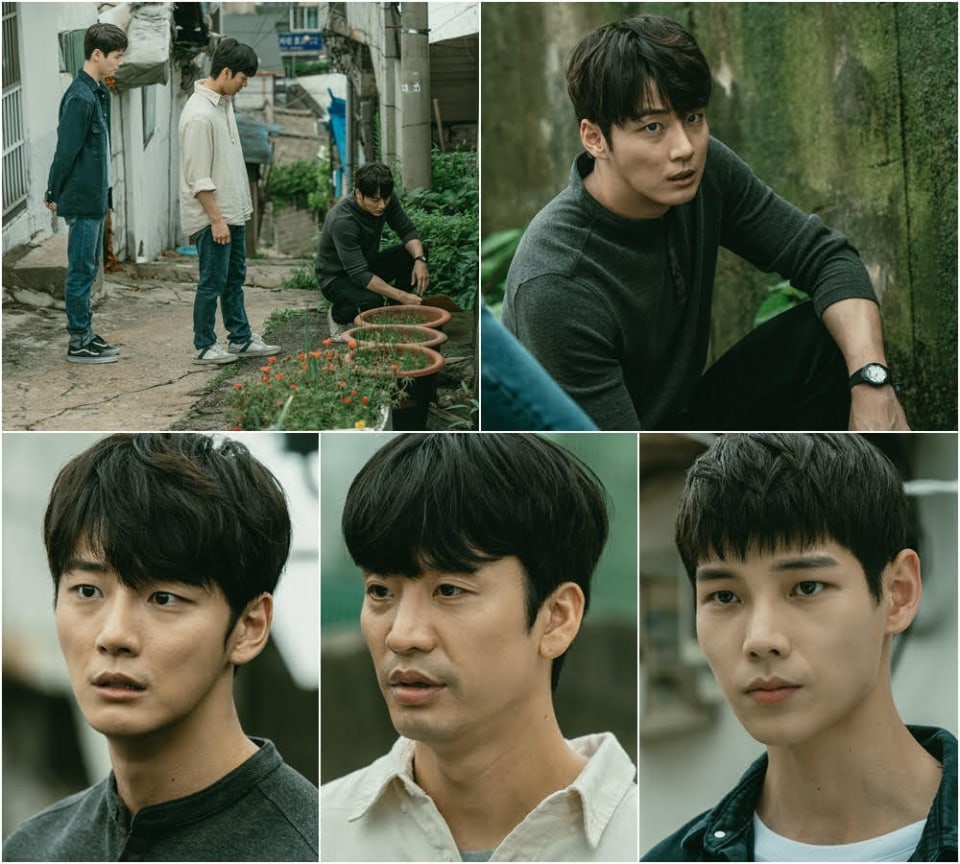 The production staff of “Train” stated, “The full extent of Suk Min Joon’s real evil activities have not yet been revealed. Please watch tonight’s broadcast to see the shock and chaos that will sweep up Seo Do Won, Woo Jae Hyuk, Kang Joon Young, and the other detectives of the Mu Kyeong Police Station.”

Check out the latest episode of “Train” below!