Super Junior’s Kim Heechul tried his hand at babysitting on the latest episode of “My Ugly Duckling”!

In the studio, the mothers were surprised to see children hanging out in Heechul’s house before his mom explained, “That’s my grandson. That’s Heechul’s older sister’s son.”

Before playing with the kids, Heechul jokingly commented, “Wasn’t there a saying like this in the past? When people ask if you want to watch the kids or plow the field, everyone plows the field.”

Ji Sang Ryul introduced his grand-niece to Heechul by saying, “Yoon Ah, you have to come greet grandpa Heechul.” The mothers in the studio immediately began asking whether Ji Sang Ryul was a grandfather, and Shin Dong Yup explained, “He’s a grandpa because [Yoon Ah] is Ji Sang Ryul’s nephew’s daughter.”

As they began playing with toy dinosaurs, Ji Sang Ryul excited the kids with his extreme reactions, while Heechul hilariously asked, “Are you typically supposed to do this?” 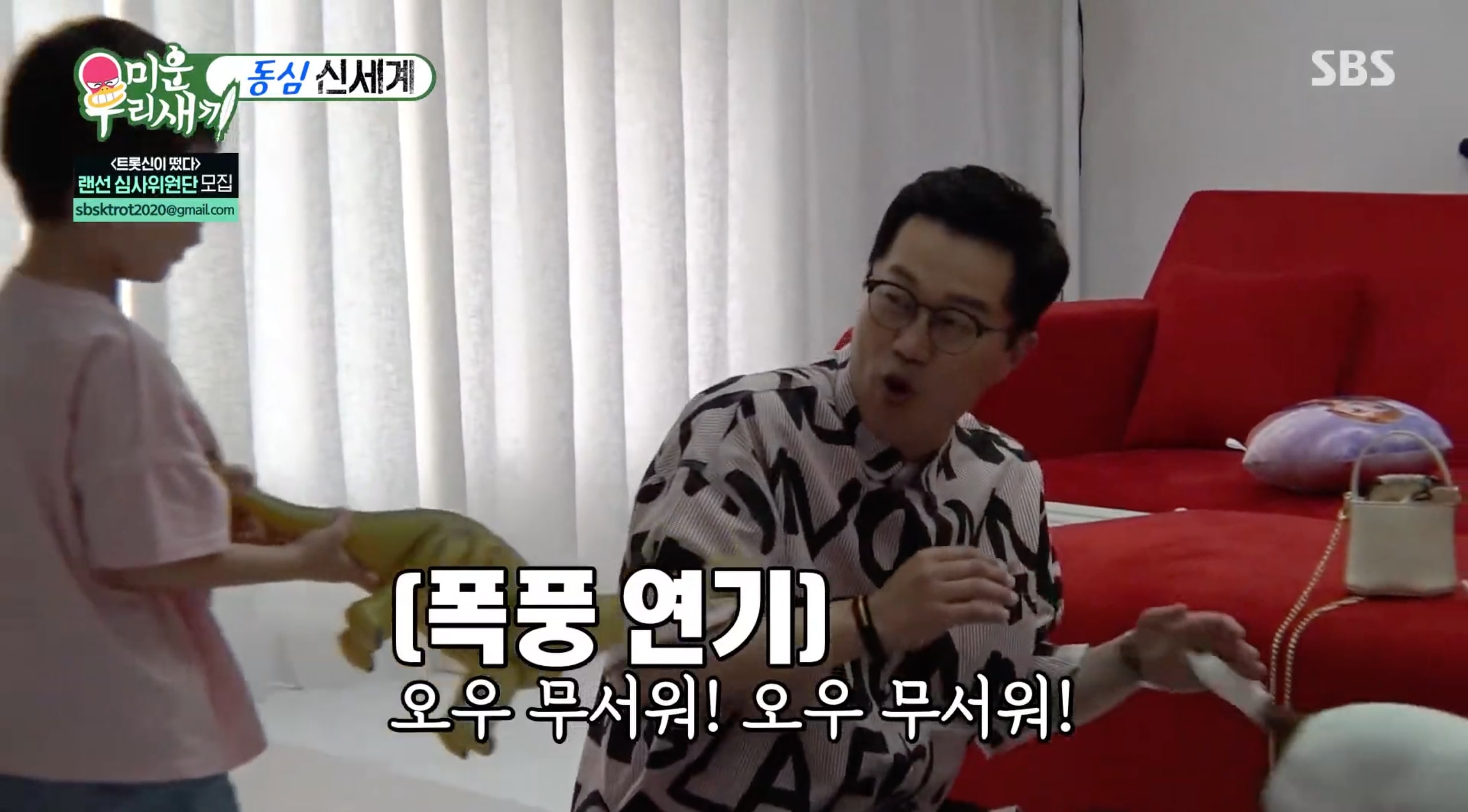 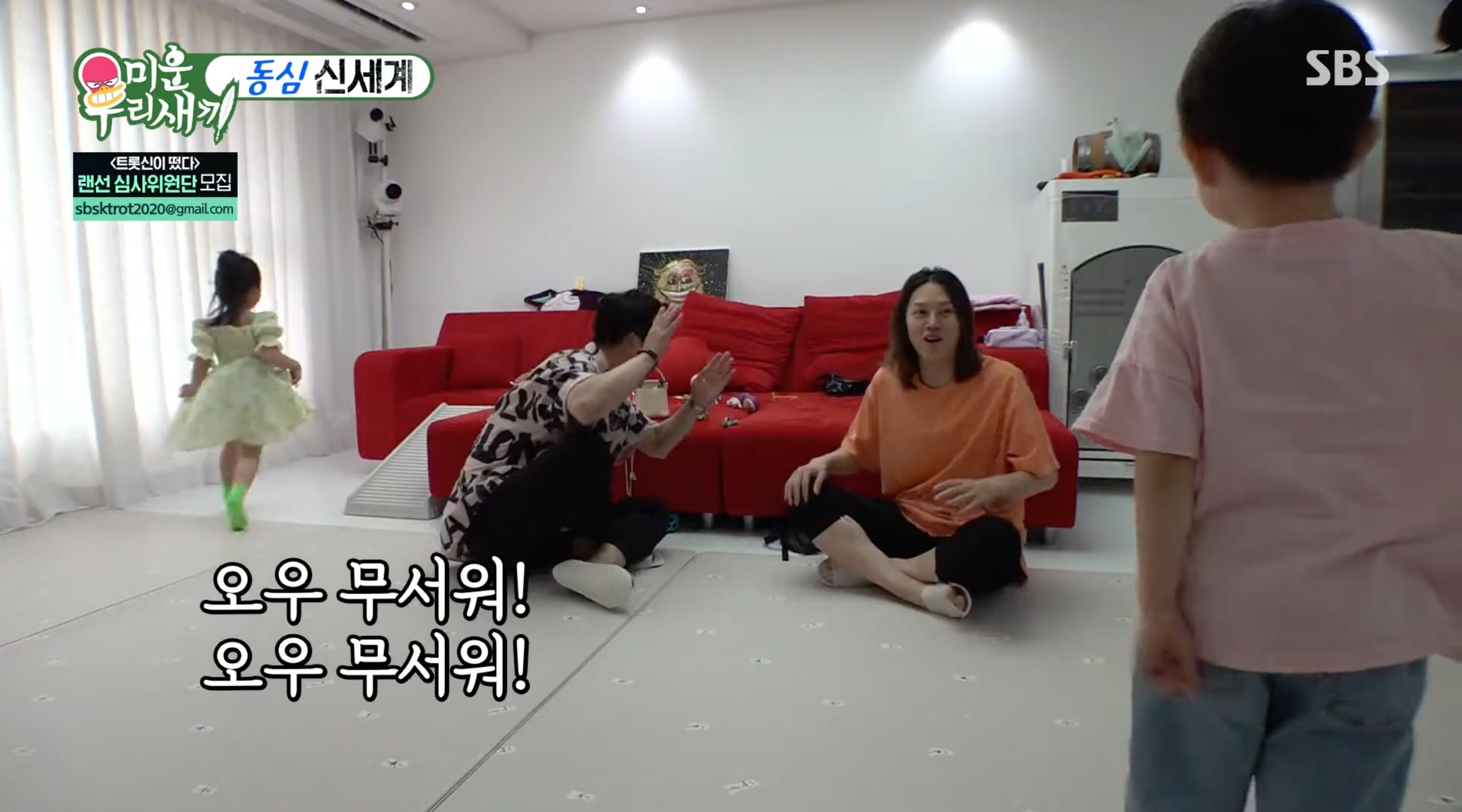 After Yoon Ah hid behind the curtain, Ji Sang Ryul started pretending to frantically search for her. Heechul nonchalantly commented, “You can see her feet right there.” Ji Sang Ryul further confused Heechul by telling him, “You can’t do that. You have to pretend you don’t see them.” 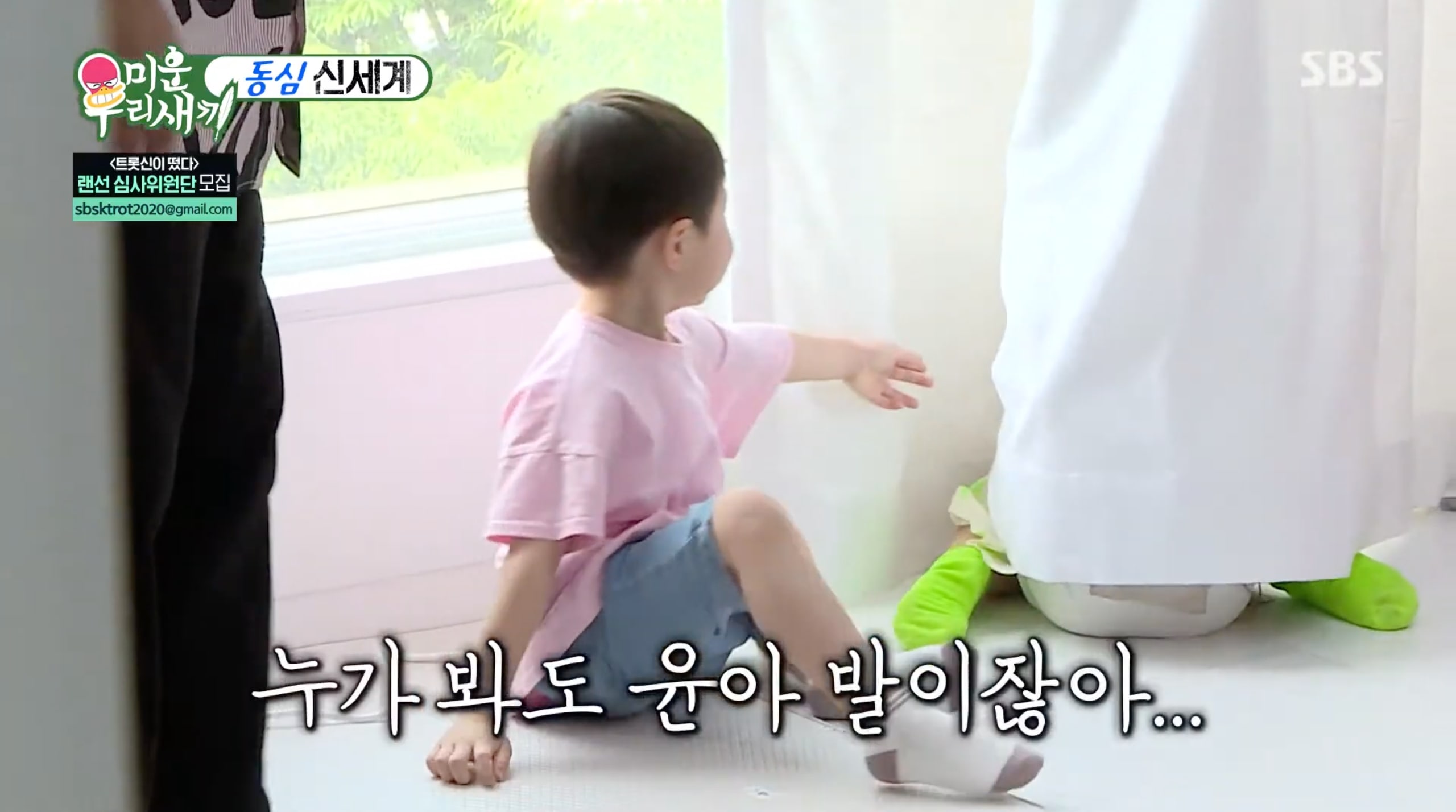 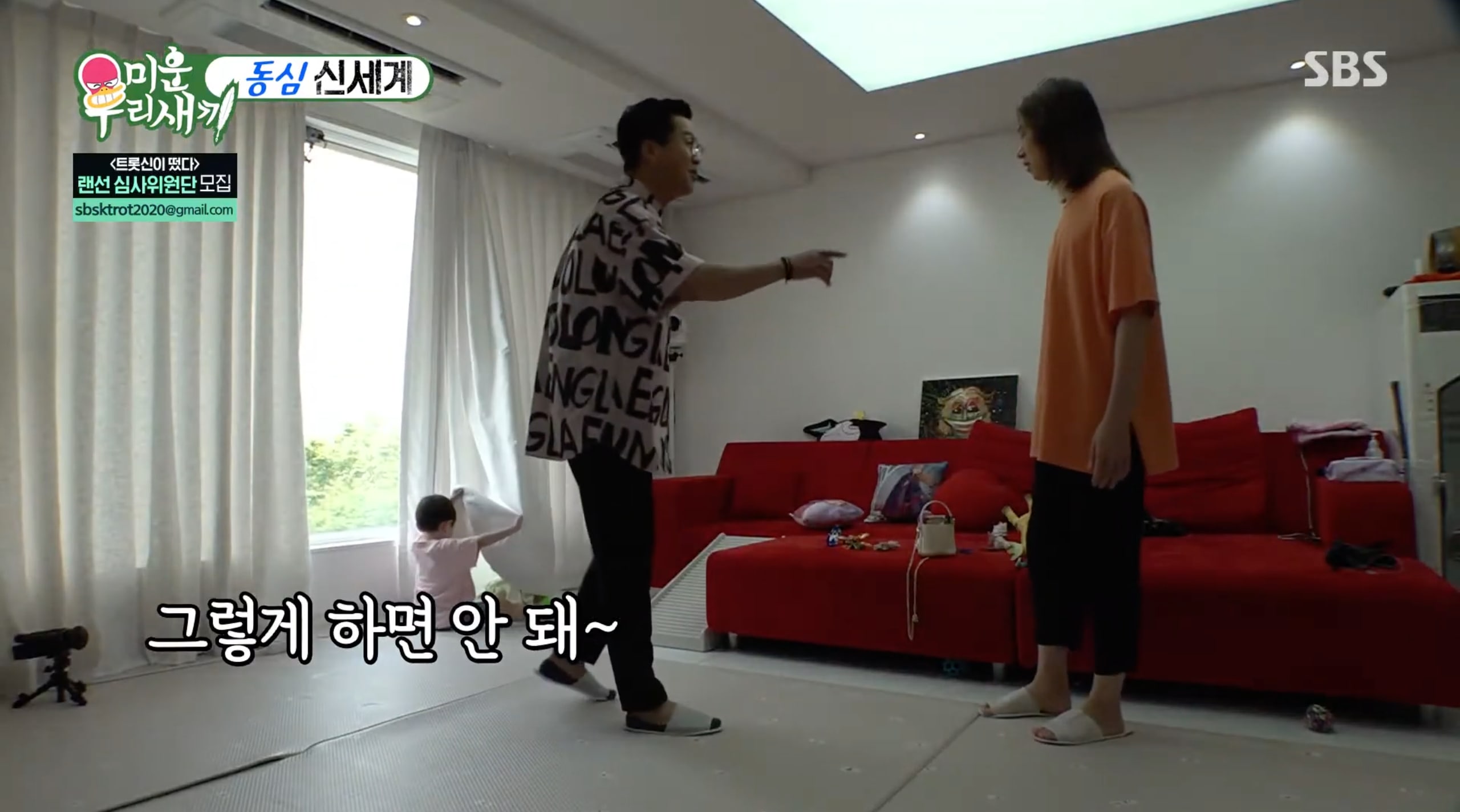 In an attempt to play along, Heechul gave an explosive reaction when the kids said their toy dinosaur had died, and Ji Sang Ryul jumped in to joke that grandpa Heechul had died too. Yoon Ah ran off to “get the paramedics,” and Heechul responded, “From where?!” 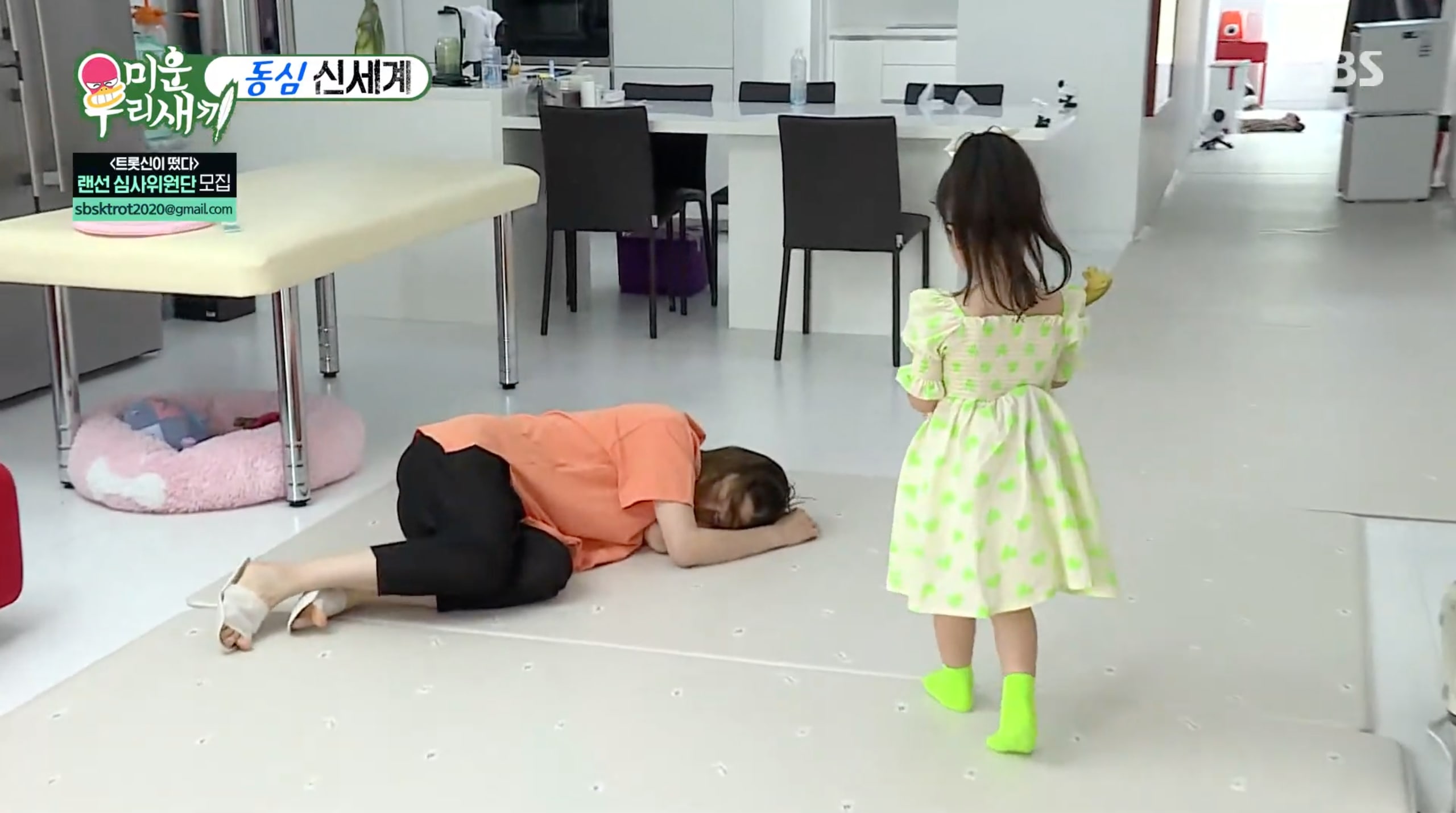 Later, Yoon Ah was devastated to find Heechul’s dog chewing on her toy rabbit. When they finally got it back from the dog, they discovered that the rabbit’s nose was missing, and Kim Heechul had to brainstorm ways to distract Yoon Ah. They quickly brought her attention to a new toy, which turned out to be a bubble machine. 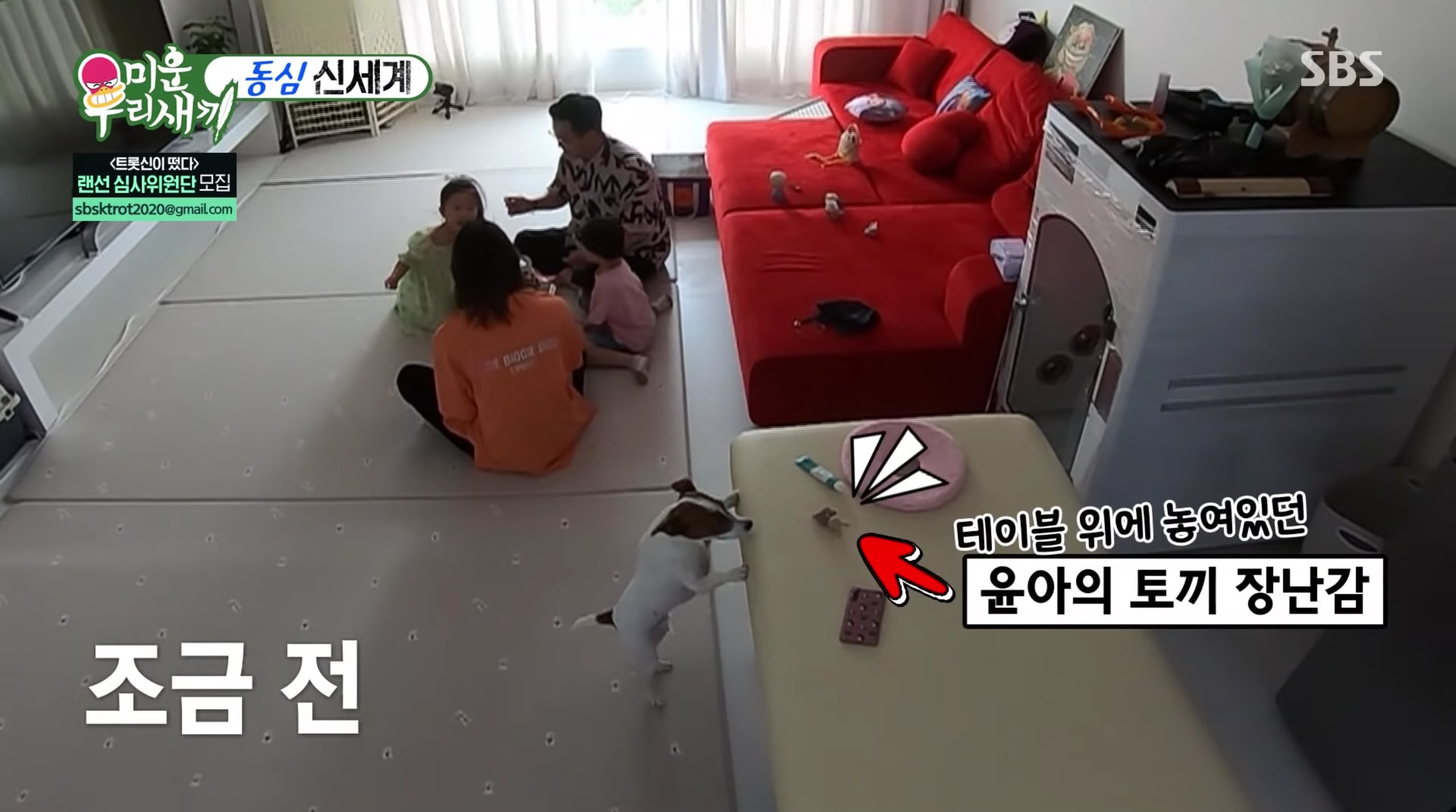 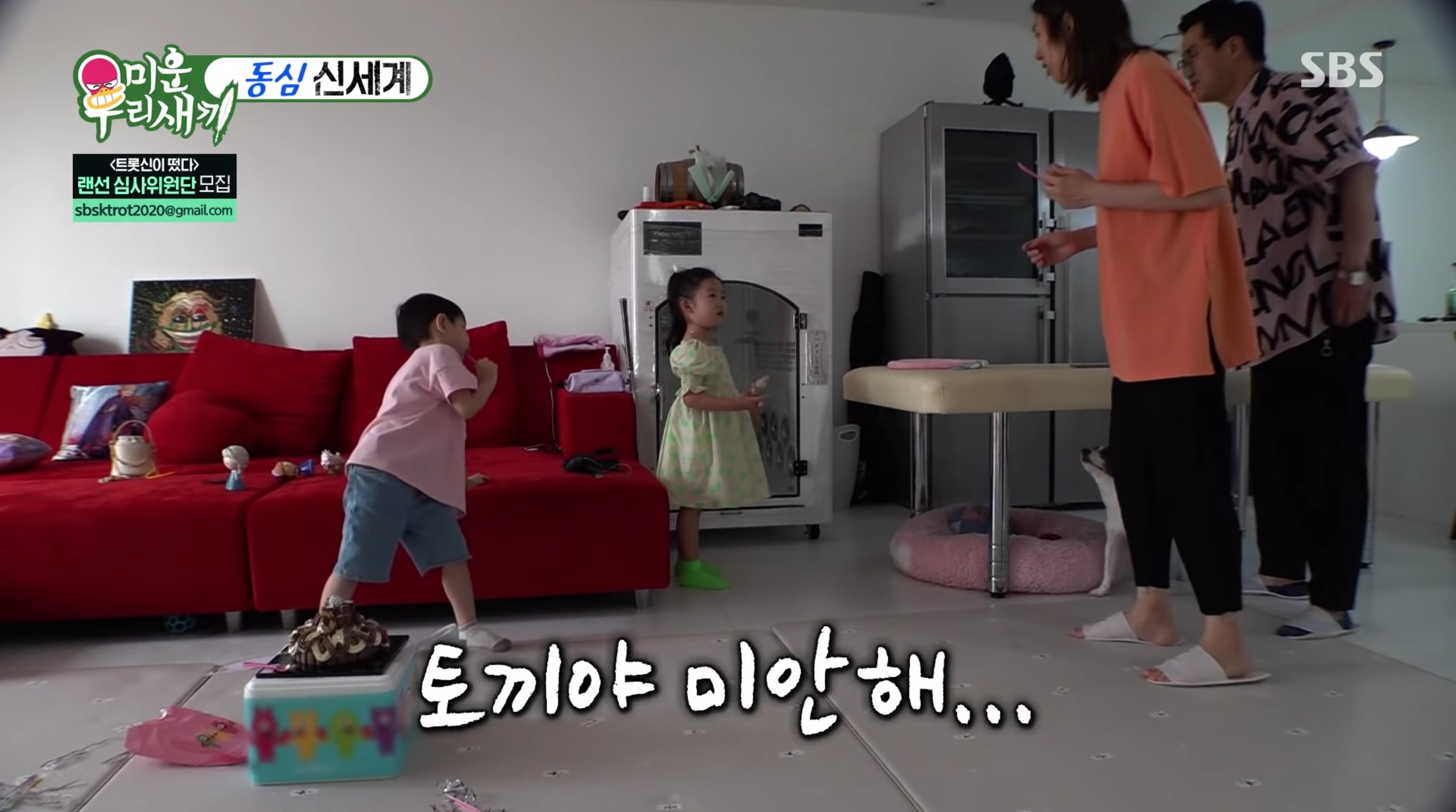 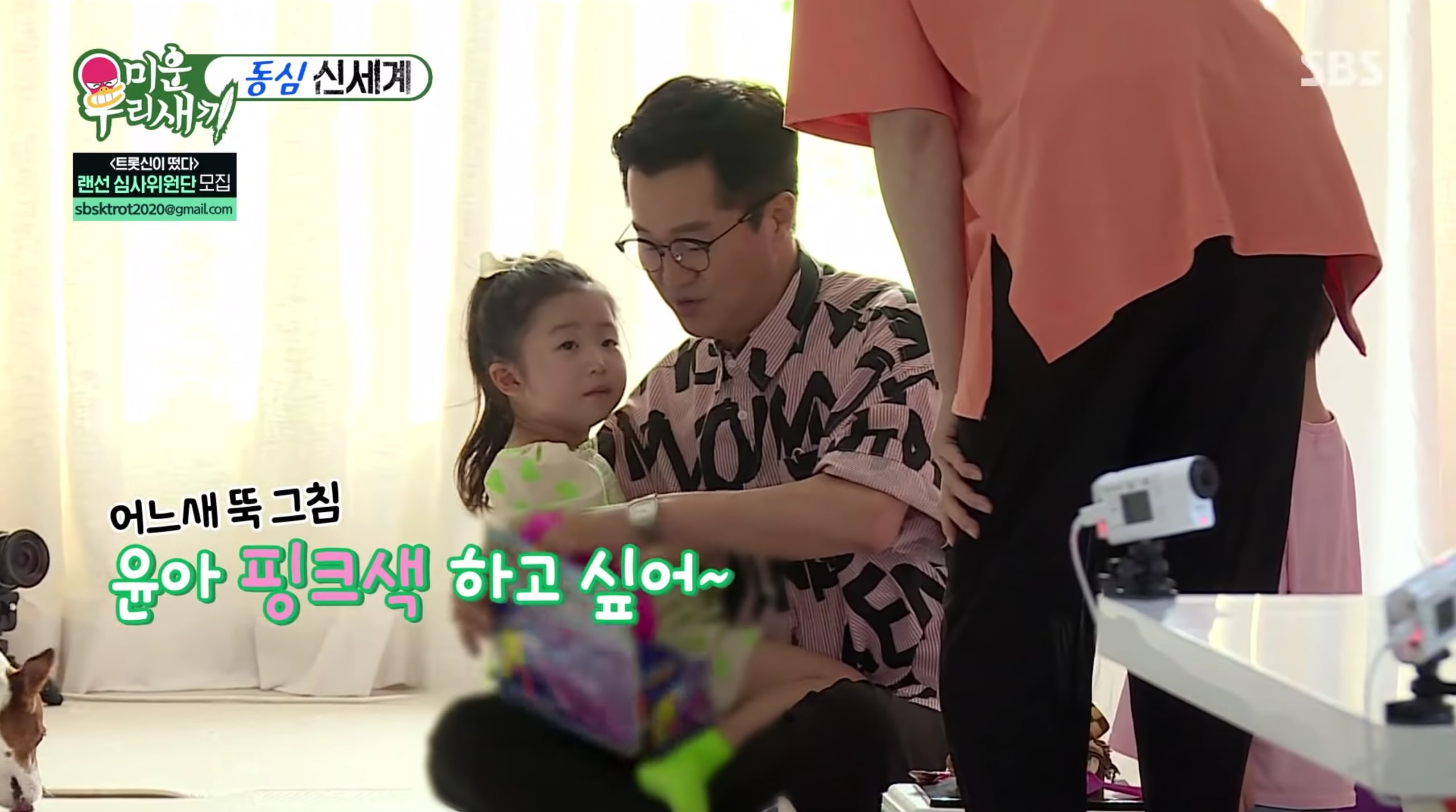 Heechul, who is well-known for being extremely neat and tidy, had to try his best to hide his discomfort with the bubbles in order to play along. Just as he solemnly commented, “I can’t believe we’re playing with bubbles in my home,” Yoon Ah stressed him out even more by exclaiming, “I spilled [the liquid]!” 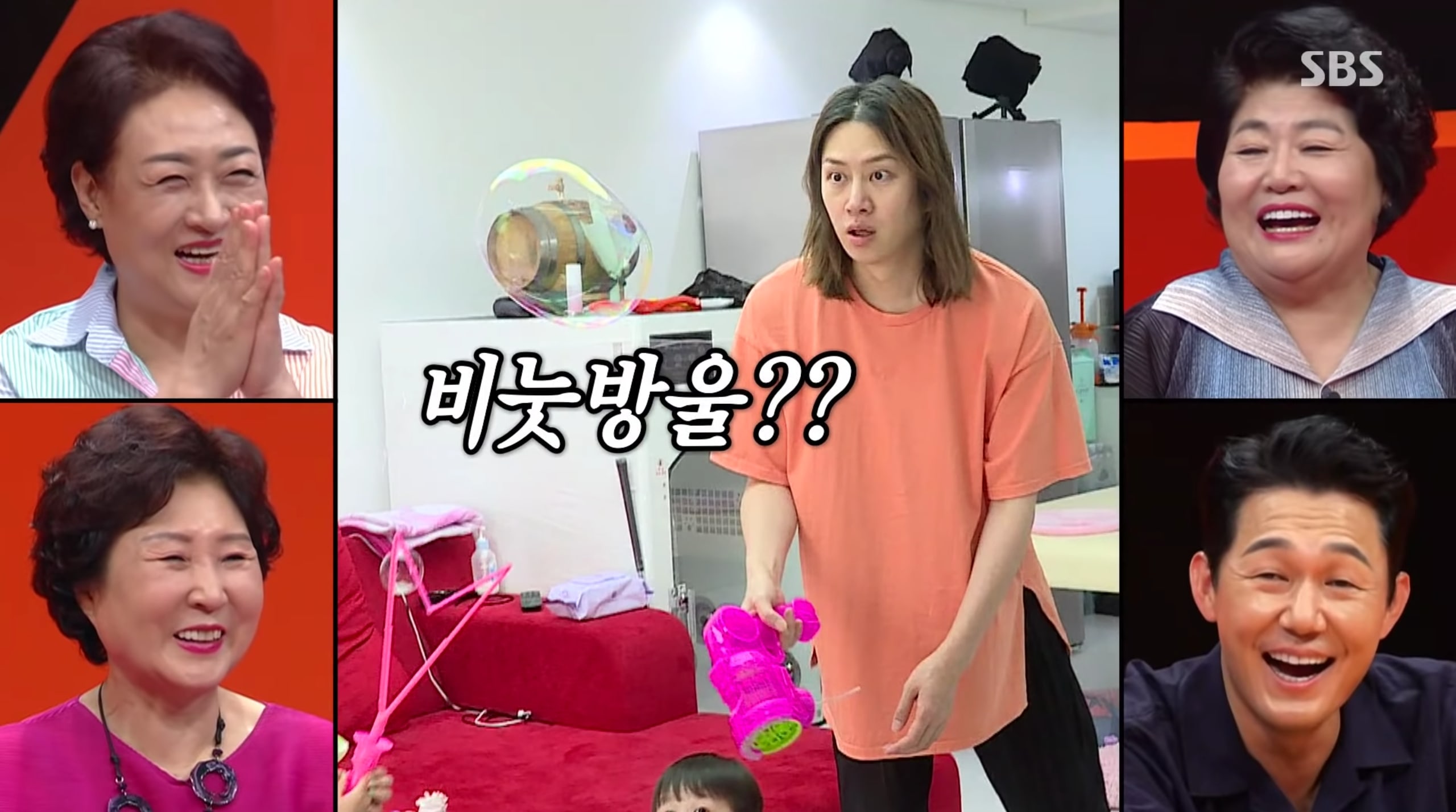 In a last-effort attempt to save his floors, Heechul began to show off his “skill” of keeping the bubbles from falling. While trying his best to simultaneously fascinate Yoon Ah and spare his home, his nephew hilariously began using the bubble gun to shoot hundreds of bubbles into the air. 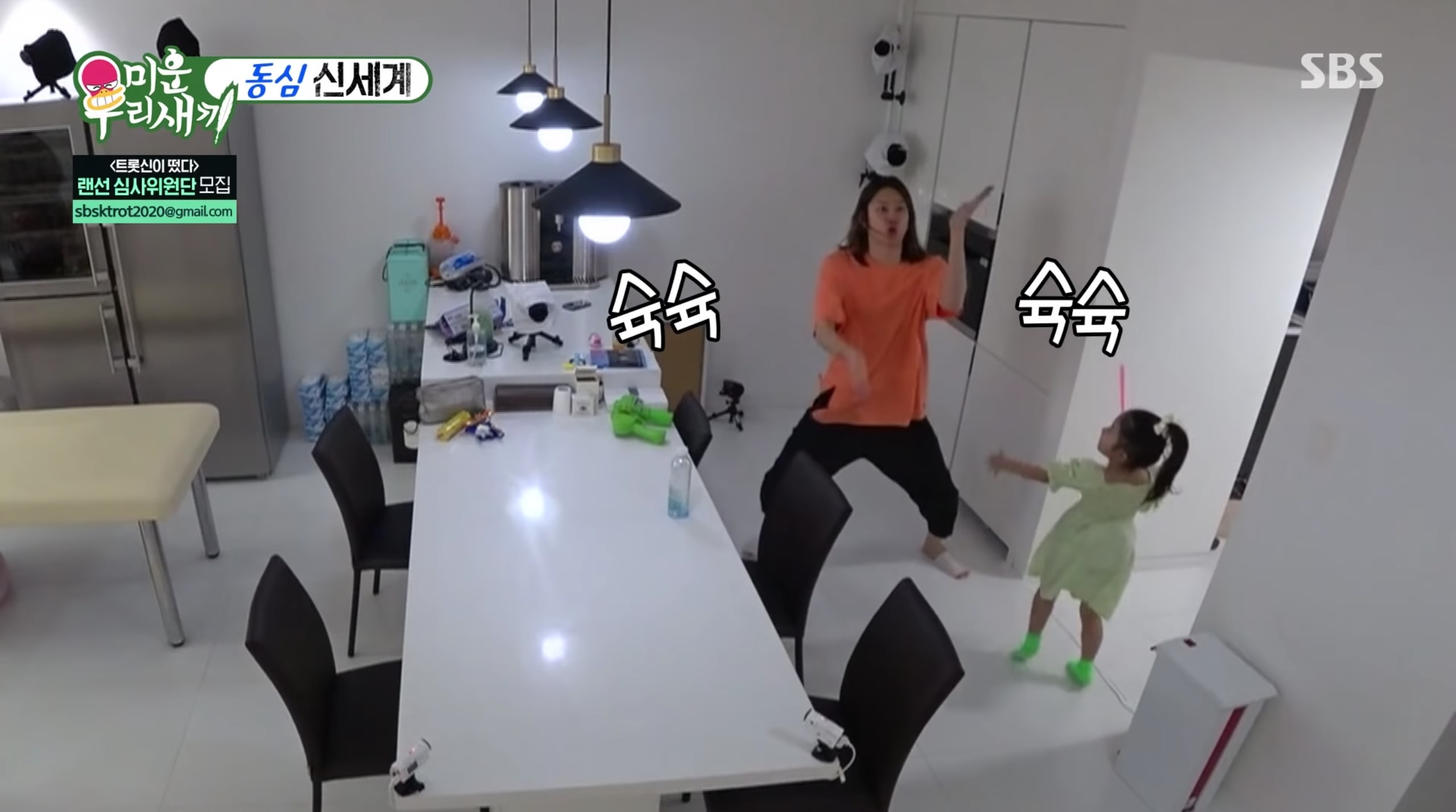 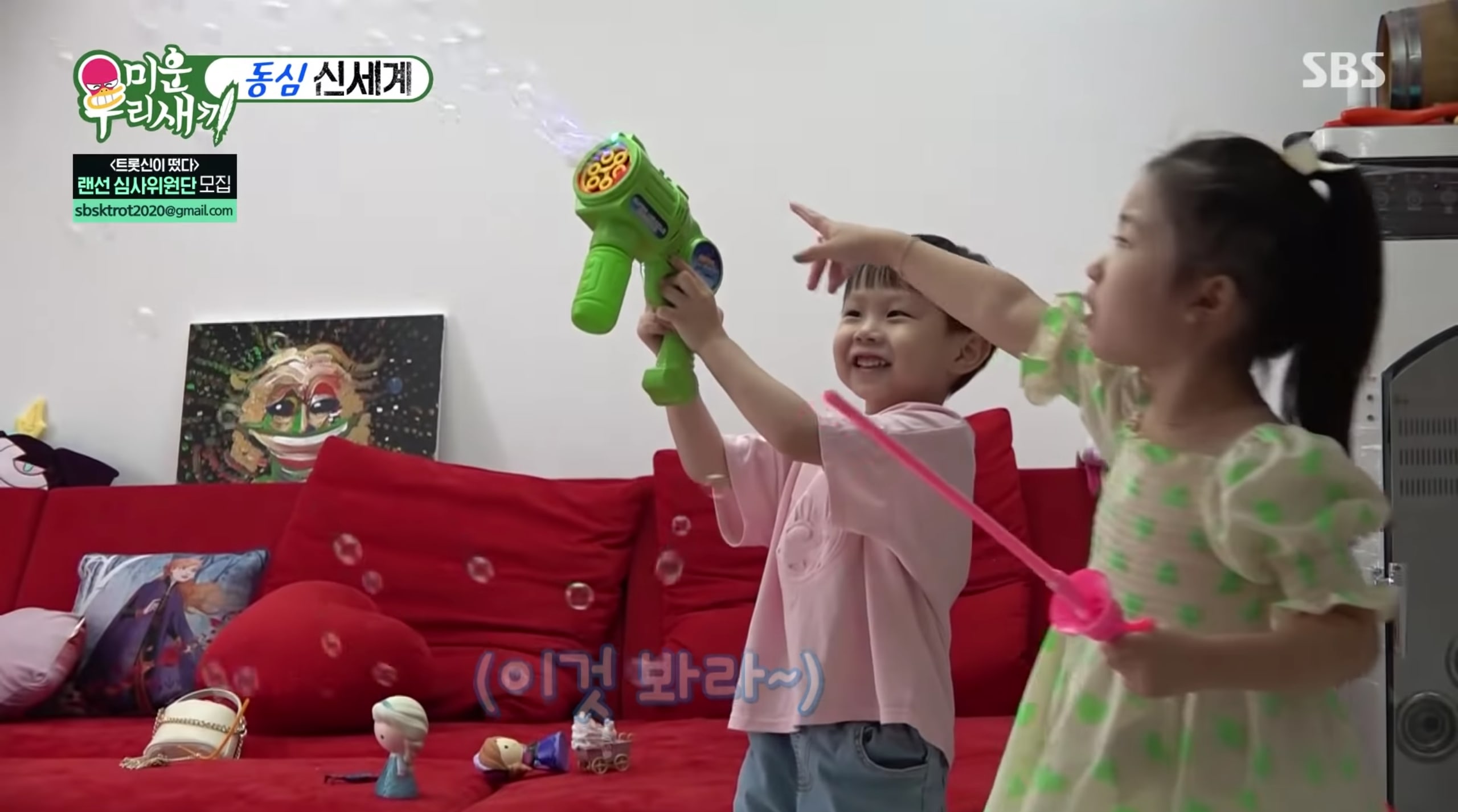 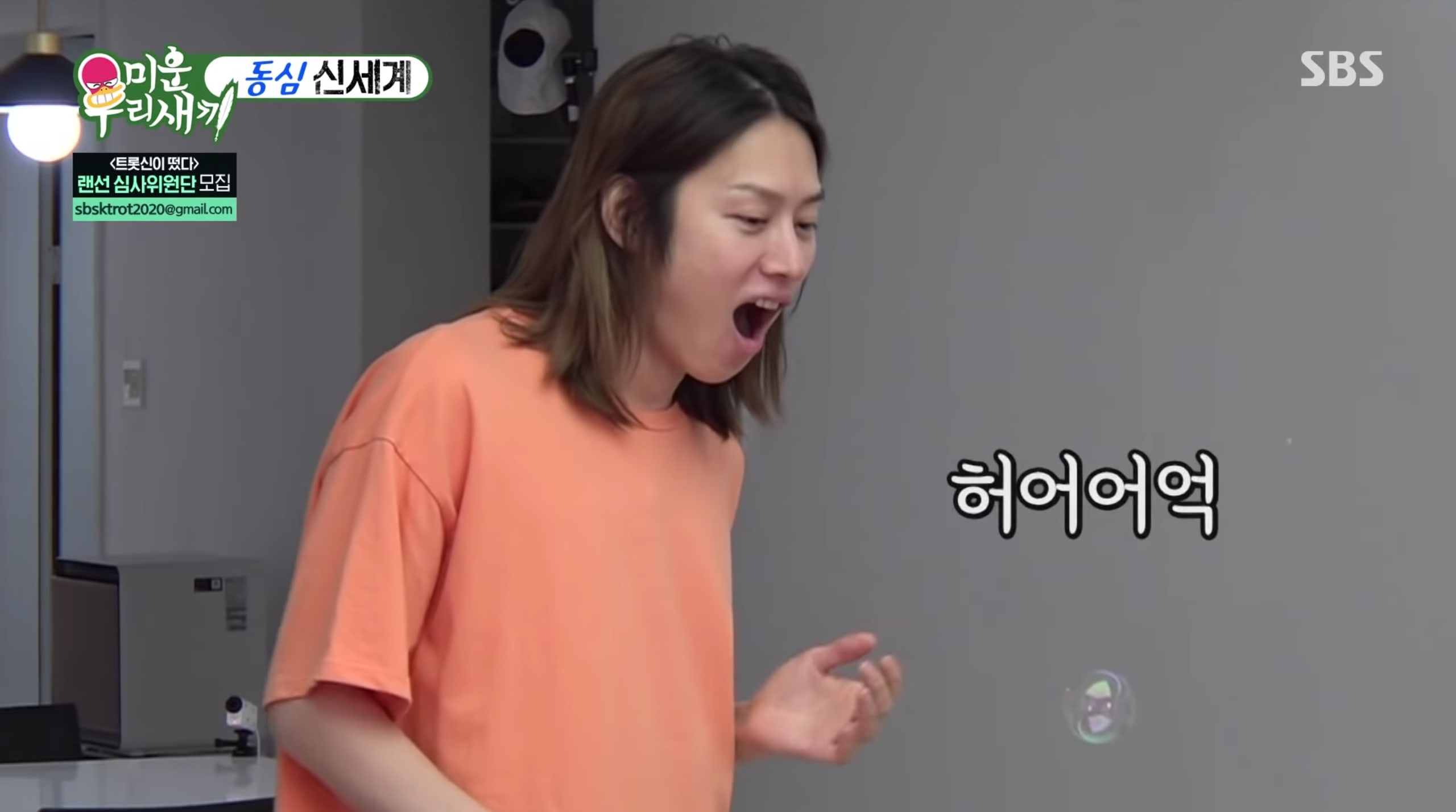 On top of the bubbles, the children accidentally spilled ice cream on Heechul’s floors, but he showed a different side to himself by commenting, “I’m only lenient towards children and animals.”

The full episode of “My Ugly Duckling” will be available on Viki soon. In the meantime, watch last week’s episode below!