Watch: “Flower Of Evil” Cast Describes The Drama, Shares What They Learned From Each Other, And More

The tvN drama follows the story of Baek Hee Sung (played by Lee Joon Gi), a man who hides his past and pretends to love his wife Cha Ji Won (played by Moon Chae Won). As a detective, Cha Ji Won begins to grow suspicious of her husband, and the couple is ultimately forced to confront a dark truth they never wanted to face. Meanwhile, Jang Hee Jin plays Do Hae Soo, the daughter of a serial killer, and Seo Hyun Woo portrays reporter Kim Mu Jin.

In the interview, Lee Joon Gi described “Flower of Evil” as a story of “love and truth.” Moon Chae Won called the drama “unpredictable,” and Jang Hee Jin emphasized that the story will be full of suspense. Seo Hyun Woo added, “It’s also thrilling.” 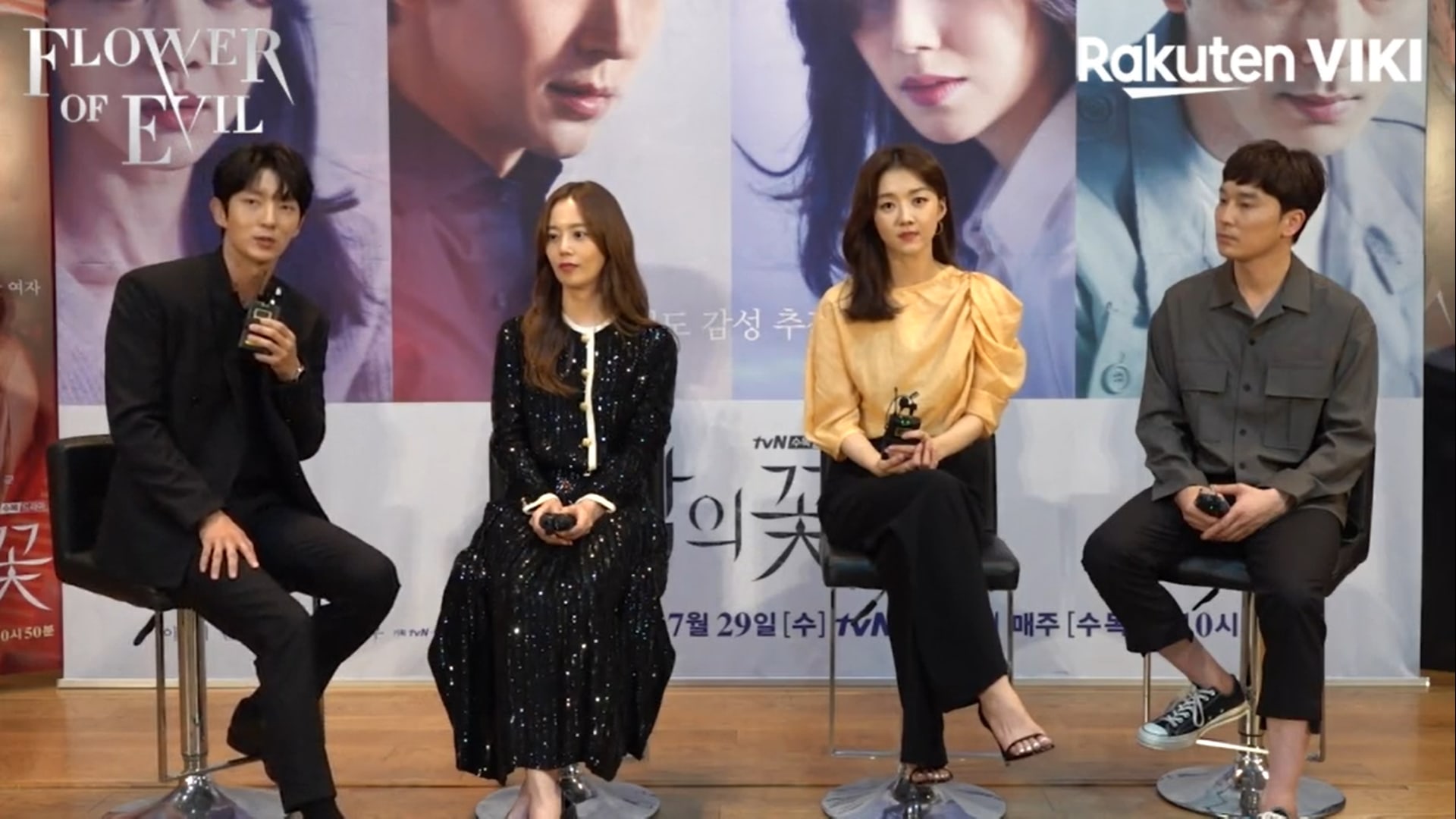 The cast then shared what they learned about each other while working together. Lee Joon Gi said, “Moon Chae Won’s energy and personality are the complete opposite of mine. She’s detailed, and she takes her work very seriously and carefully.”

Moon Chae Won spoke highly of her co-star Jang Hee Jin, describing her as sweet and affectionate. “I’ve only filmed two scenes with Jang Hee Jin so far, but I can say that one of her strengths is that she’s warmhearted,” Moon Chae Won said. 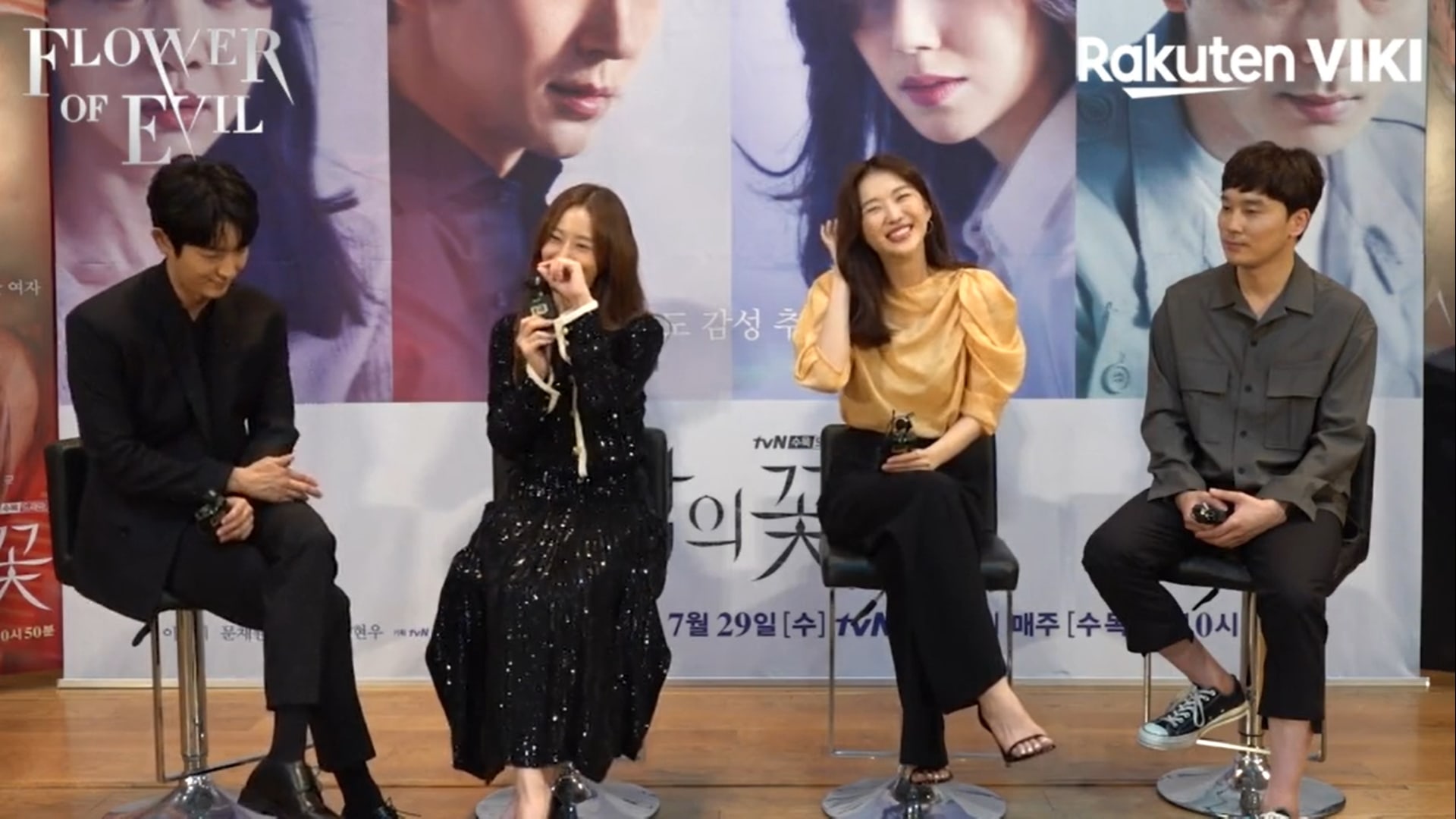 Jang Hee Jin praised her chemistry with Seo Hyun Woo. “I think it’s because Seo Hyun Woo does so well,” Jang Hee Jin said. “I’m getting a lot of help from him, and it’s an honor to work with a co-star like him.”

Next, Seo Hyun Woo described Lee Joon Gi as an “energizer.” He said, “Whenever Lee Joon Gi is on set, he always gives off positive energy.”

Lastly, the cast shared a message to their fans on Viki. Lee Joon Gi said, “I think we’re in hard times not only in Korea but around the world. All we can give you is a well-made drama, and we hope our drama can comfort viewers during these times.”

Watch the latest episode of “Flower of Evil” here!