“Private Lives” will be a refreshing drama that takes place during the current age in which people share, steal, and fabricate their private lives. The drama is about con artists mobilizing all their techniques to disclose the nation’s major “private life.”

In one teaser poster is Cha Joo Eun (Seohyun), a con artist who scams people to get by in life, and Jung Bok Gi (Kim Hyo Jin), a professional con artist who sits in the top one percent amongst all con artists. Cha Joo Eun looks reliable and not like someone who would con others, but she has a confident and chic expression on her face like she’s ready to take everything. Jung Bok Gi looks more at ease, a seasoned professional who can even swindle other con artists. 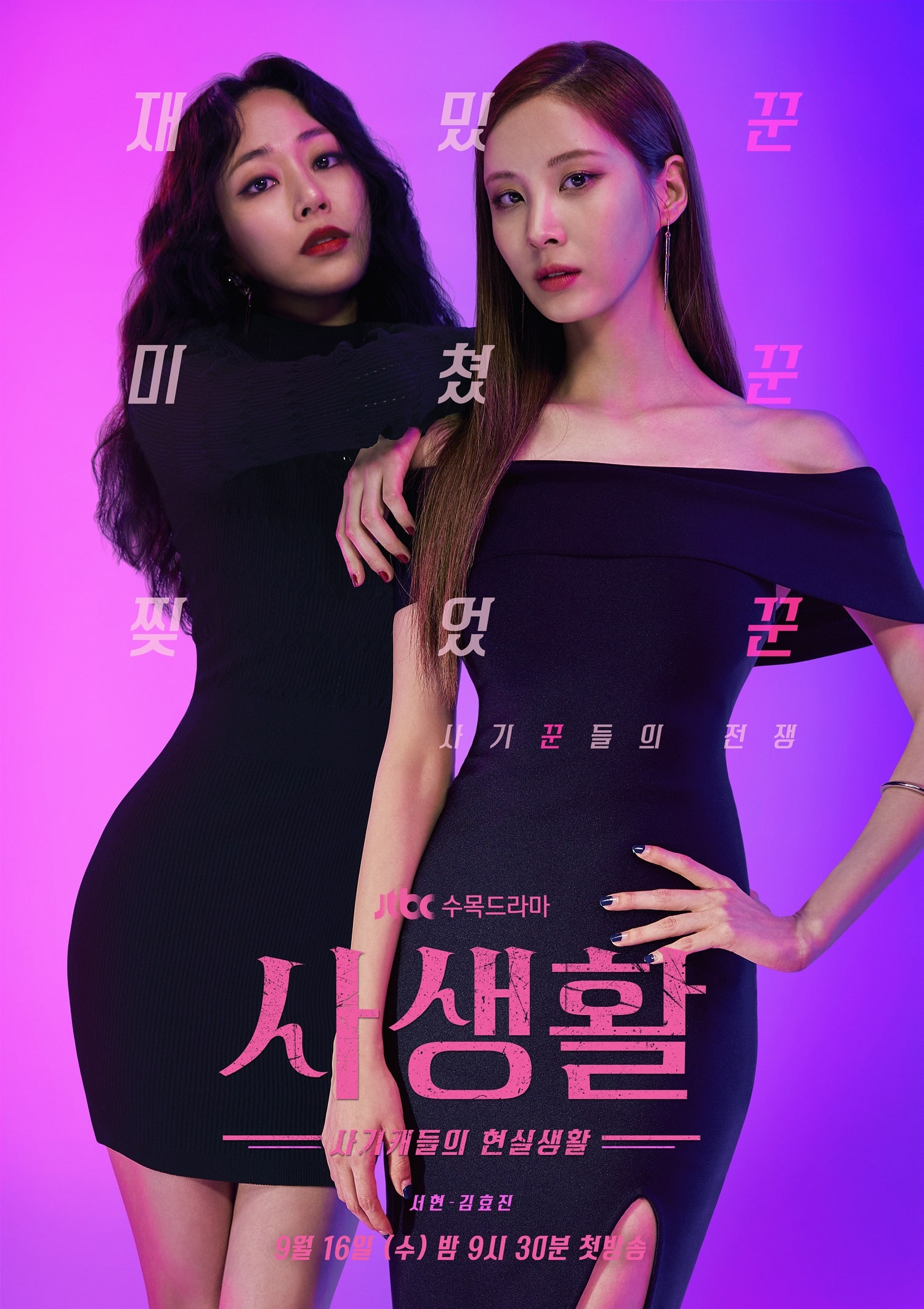 Meanwhile, the other poster features Lee Jung Hwan (Go Kyung Pyo), a mysterious team manager at a major company, and Kim Jae Wook (Kim Young Min), a con artist full of ambition who is Jung Bok Gi’s business partner. Though nothing appears to be out of the ordinary with the two, they hold a great deal of ambition and talent under the surface. 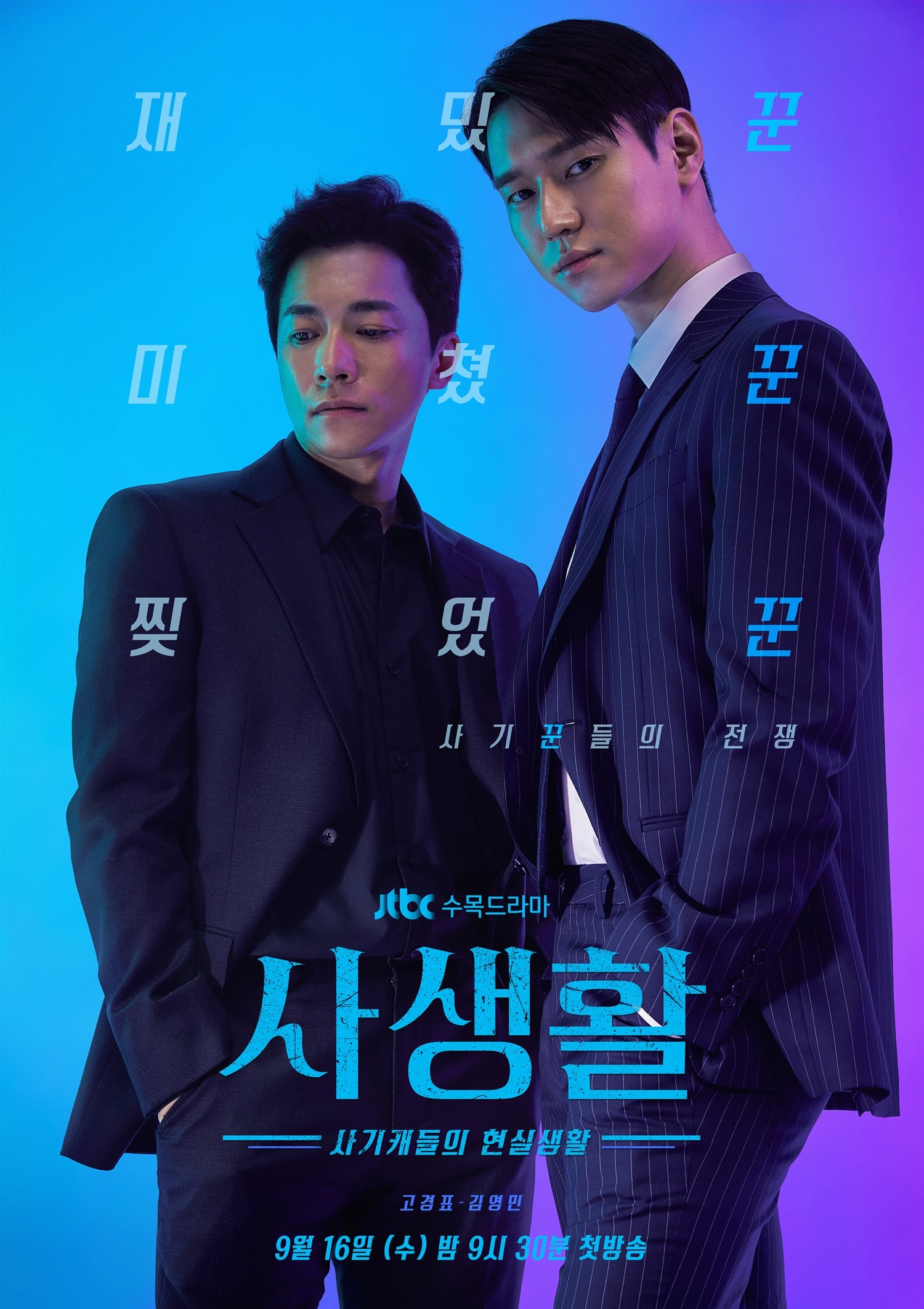 The tagline on both posters reads, “So fun, so crazy, so amazing. The war of con artists,” hinting at an intriguing game of wits that will take place between the major players. The production staff shared, “We were able to see for ourselves why the four actors are considered ‘photo shoot experts.’ They brought the right expressions, charms, and auras that went perfectly with their characters, bringing them to life. They will have amazing chemistry in the drama as well. It’s going to be a fun, exciting, and tension-filled drama, so please anticipate it.”

… and watch Go Kyung Pyo in “Chicago Typewriter” below!