“Forest Of Secrets” Cast Talks About Returning With Season 2, How They Felt Working Together, And More

The second season of the tvN drama “Forest of Secrets” will be premiering soon!

On August 11, the cast of “Forest of Secrets” — Cho Seung Woo, Bae Doona, Jeon Hye Jin, Choi Moo Sung, Lee Joon Hyuk, Yoon Se Ah — and director Park Hyun Seok talked about what to watch for ahead of the new season during an online press conference.

The 2017 first season of “Forest of Secrets” told the story of an emotionless prosecutor named Hwang Si Mok (played by Cho Seung Woo) and a warm-hearted police officer named Han Yeo Jin (played by Bae Doona) who teamed up to catch a serial killer and expose corruption in the prosecutor’s office.

In the second season of the show, Hwang Si Mok and Han Yeo Jin reunite under difference circumstances, with the pair on opposite sides of a tense situation involving the police and the prosecutor’s office. Jeon Hye Jin and Choi Moo Sung join the cast for the new season, while Lee Joon Hyuk and Yoon Se Ah return to play their original roles.

When asked if he felt any pressure returning with a new season of a much-loved show, Cho Seung Woo said, “I felt very pressured. Of course, season two is similar to season one, but it will look like a completely different drama. It’s just different in nature. That’s why I found the courage to do the new season without hesitating.” 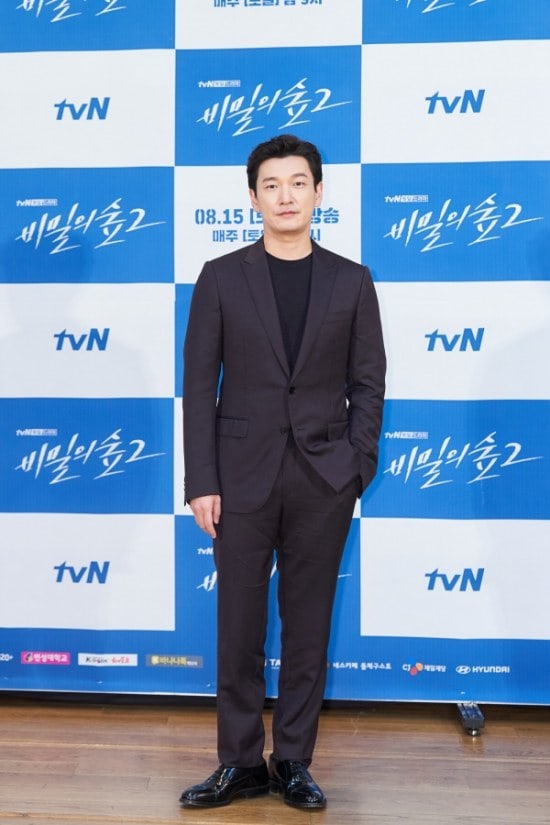 He added, “I definitely think that we were able to create a second season because of the love and praise we received from our viewers.”

Bae Doona expressed her gratitude to fans of “Forest of Secrets” as well. She said, “This is a drama that I really love, and I’m very attached to my character. Cho Seung Woo mentioned that he wants to do a fifth season, so I have to keep going.” 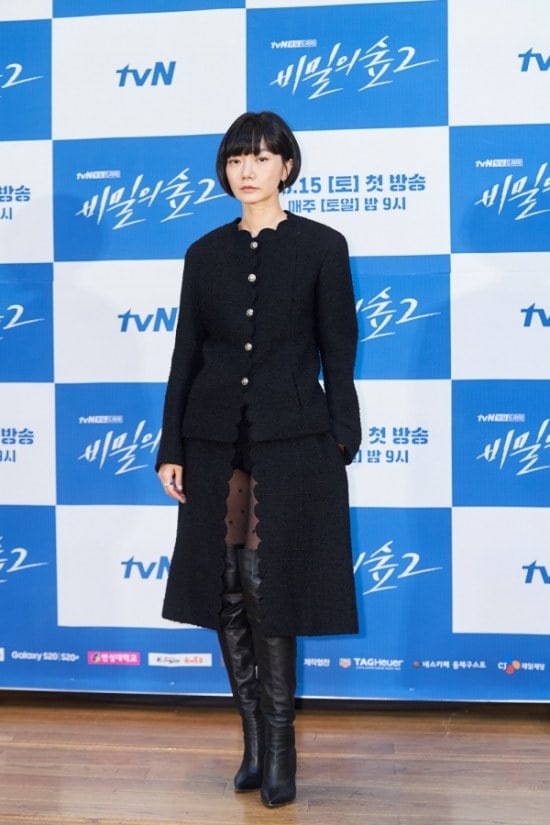 Meanwhile, Lee Joon Hyuk, who is returning to play the role of corrupt prosecutor Seo Dong Jae, commented that he was afraid of returning with a second season because of the pressure. He then said, “When Cho Seung Woo and Bae Doona said they were doing it, I really wanted to join them again. I felt proud thinking that the viewers were looking forward to the season so much. It was a good experience.” 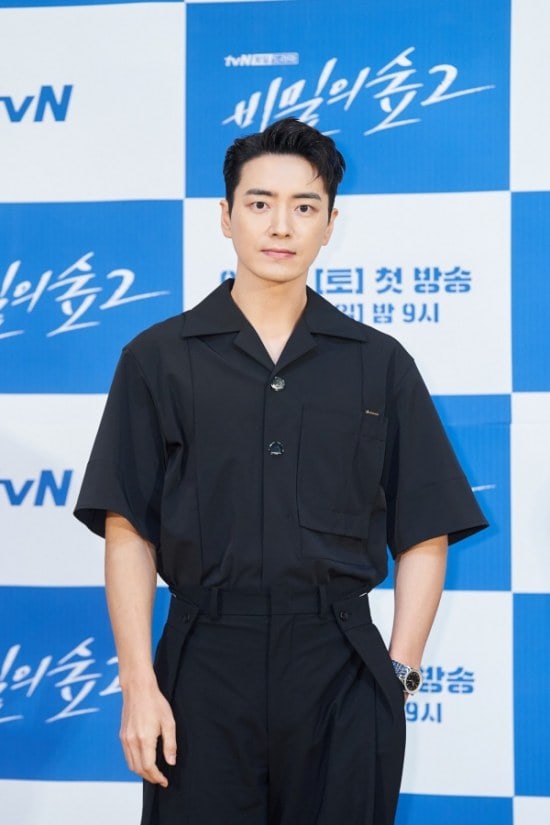 Yoon Se Ah is taking on the character Lee Yeon Jae once again, who has now become the CEO of Hanjo Group while her father and brother are under investigation. The actress said, “‘Forest of Secrets’ is a drama that still seems new to me. The first season got such good reviews that I felt like it was right for me to return for a second season.” 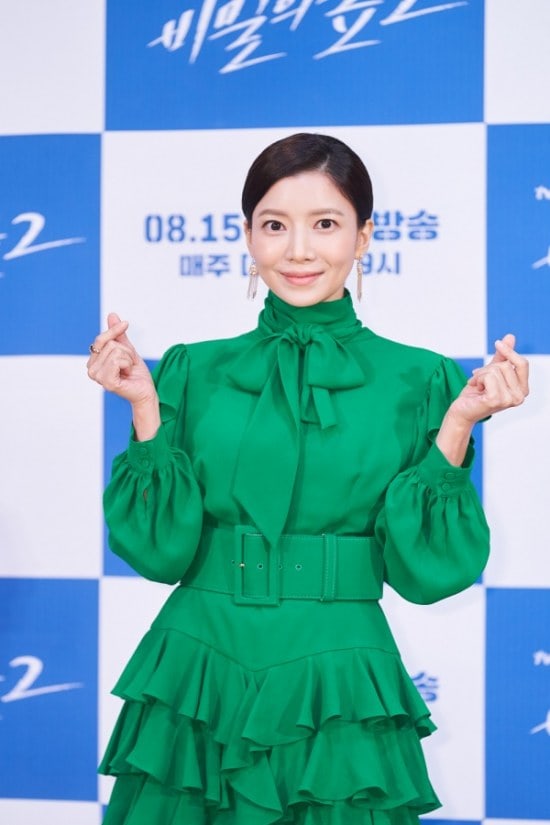 On the other hand, Jeon Hye Jin, who is joining the new season as Choi Bit, the first female head of intelligence at the National Police Agency, admitted that she hesitated to take part in the drama. “I did feel pressure, but it was because the first season was so loved by viewers, and I’ve always done so many police officer roles,” she explained. “My character might seem to restrict me [to certain roles], and I didn’t want to be that way.”

She continued, “As soon as I watched the first season again, I really wanted to do the drama. Maybe it was because of the weight I felt, but I wanted to be on set. I talked about the pressure I felt with the director as well.” Jeon Hye Jin said that she had a hard time at first, especially because of the terminology used in her lines. “I asked my co-stars about it and received lots of help,” she said. 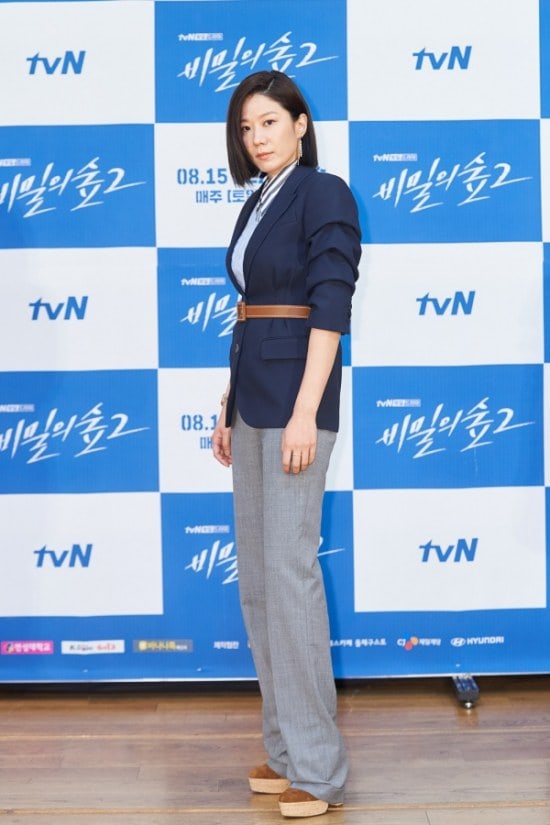 Choi Moo Sung is also joining the cast for the first time to portray the criminal law department’s head prosecutor Woo Tae Ha. The actor mentioned that he felt proud after receiving a casting offer. He said, “The drama is such a masterpiece that I couldn’t be anything but happy. Once I starting filming, I realized that it’s not easy to act for a good drama. I think it was an opportunity for me to grow as an actor.” 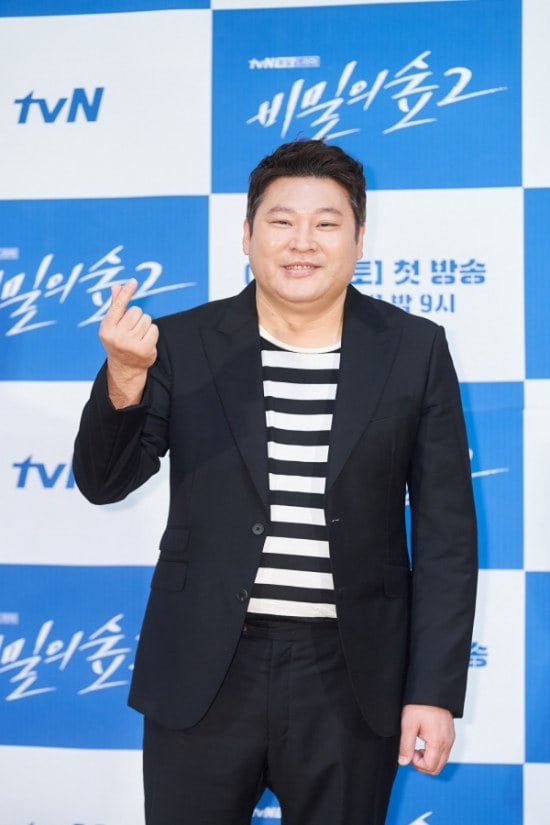 Director Park Hyun Seok talked about how he approached the new season. “I let go of all the methods I liked to use in the past, and I worked on the new season thinking that I want it to seem like the first season. It felt like I was following a textbook.”

He continued, “Because the time and the characters’ situations are different, the second season feels different as well — one small thing can make the drama look different. I hope viewers will love these changes.”

Bae Doona commented that Jeon Hye Jin is a great co-star to work with as well and that their chemistry is as good as her chemistry with Cho Seung Woo. 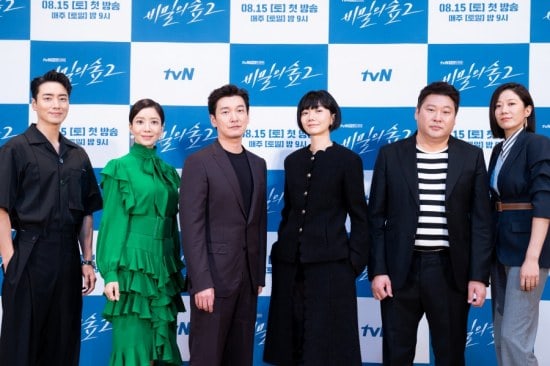 Jeon Hye Jin responded, “I wanted to trust Bae Doona and follow her lead. Even when I don’t say anything, she takes care of me right away. She’s more easy-going than I thought, and I feel like she really loves being on set. I want to learn from her.”

Choi Moo Sung praised his chemistry with Cho Seung Woo and Lee Joon Hyuk. “I was so surprised,” Choi Moo Sung said. “We once had a long filming session, but they were still just flying around. I learned a lot from that moment.”

Lastly, the cast shared a final message to their fans. First, Bae Doona said, “We’re returning with a great drama that you’ve all been waiting for during the past three years. We’re really looking forward to it, and we want to watch it already. We’re happy to be able to keep moving forward with our fans.”

Cho Seung Woo said, “Tune in to see how each character takes on what happens in each of their lives.”

The second season of “Forest of Secrets” premieres on August 15 at 9 p.m. KST.

In the meantime, watch Bae Doona in the 2018 drama “Matrimonial Chaos” below!