“Zombie Detective” is a new “human comedy” about a zombie in his second year of resurrection who becomes a detective in order to seek out the truth about his past. Choi Jin Hyuk will be starring as Kim Moo Young, the titular zombie detective who finds himself struggling to adapt to his new life and coexist with humans.

Unlike the scary zombies seen in conventional films and dramas, Kim Moo Young will be a perfectly articulate and intelligent zombie who boats an impressive physique and a heart of gold.

In the new character poster for Kim Moo Young, he’s described as “zombie fatale” and “hot and cold,” with his masculine nature juxtaposed with relatability and some clumsiness. The poster says, “A second-year zombie who wants to become human.” 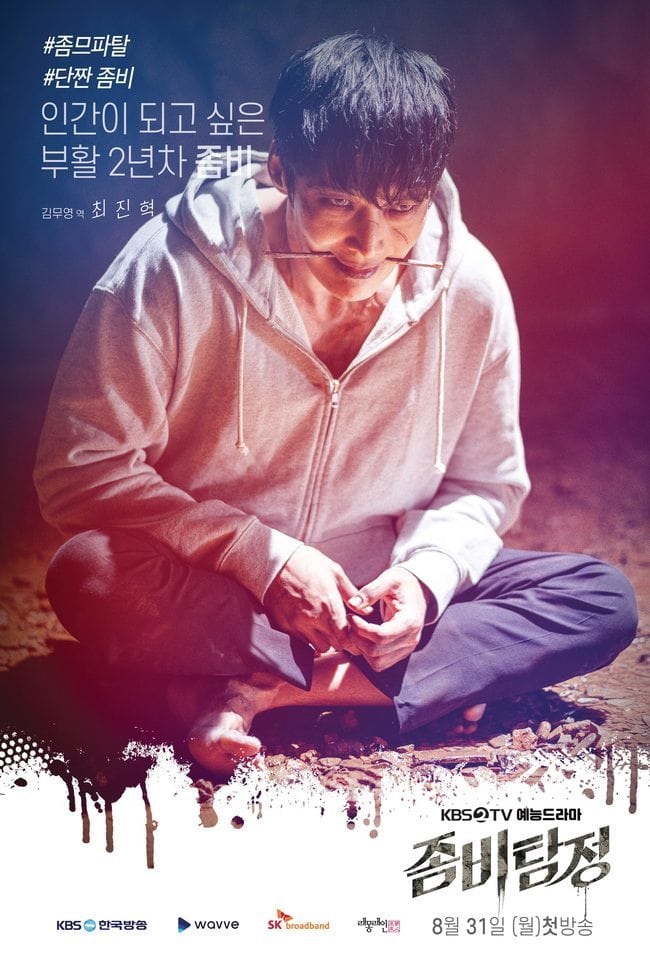 Park Ju Hyun will be taking on the role of Gong Seon Ji, a writer of an investigative journalism program with unrivaled optimism, tenacity, and sense of justice. When a witness of a case she’s investigating is attacked by an unknown assailant, she leaves the industry in shock. She later encounters zombie detective Kim Moo Young and begins working at his office.

The character poster for Gong Seon Ji describes her as having formidable tenacity and incredible passion. It also says, “A human that’s more zombie-like than a zombie.” 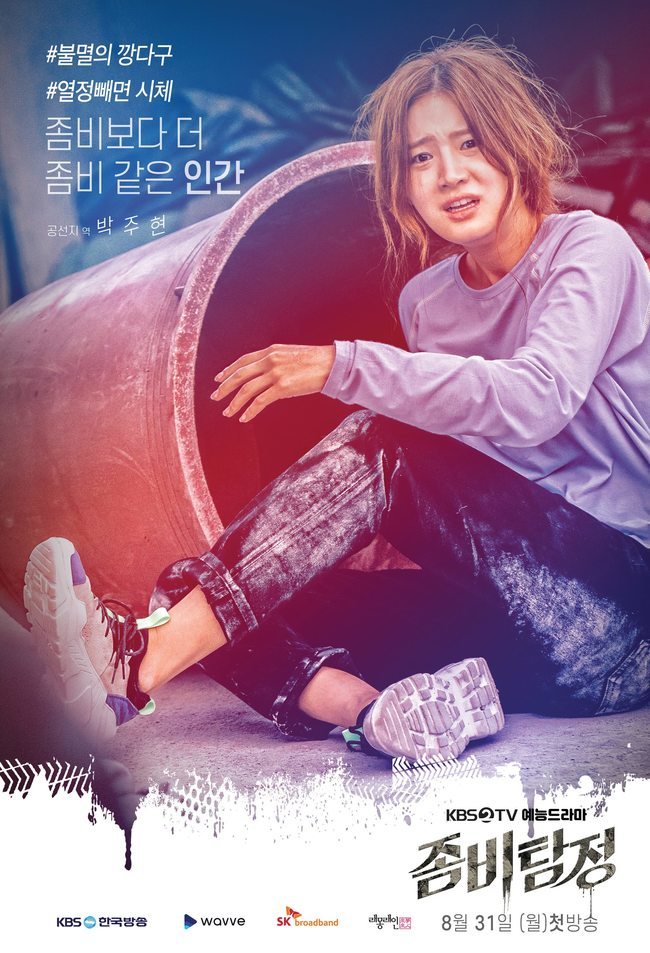 In the meantime, watch Choi Jin Hyuk in “The Last Empress“: