“Twenty Twenty” Cast Talks About What To Watch For Ahead Of Premiere, Why They Joined The Drama, And More

The cast of “Twenty Twenty” talked about their reasons behind joining the drama, what to look out for ahead of the premiere, and more!

The Playlist Studio drama is about 20-year-olds who work to find their dreams as they experience freedom and responsibilities for the first time.

Han Sung Min plays Chae Da Hee, a character who grew up under the care of her single mother. She seems unapproachable and cold at first but meets new friends and experiences many firsts at college.

A.C.E’s Chan takes on the role of Son Bo Hyun, the bright and energetic friend of Lee Hyun Jin. Chae Won Bin plays the stubborn but thoughtful Baek Ye Eun, and Jin Ho Eun is Kang Dae Geun, a character who can be tactless at times but loves his younger friends. 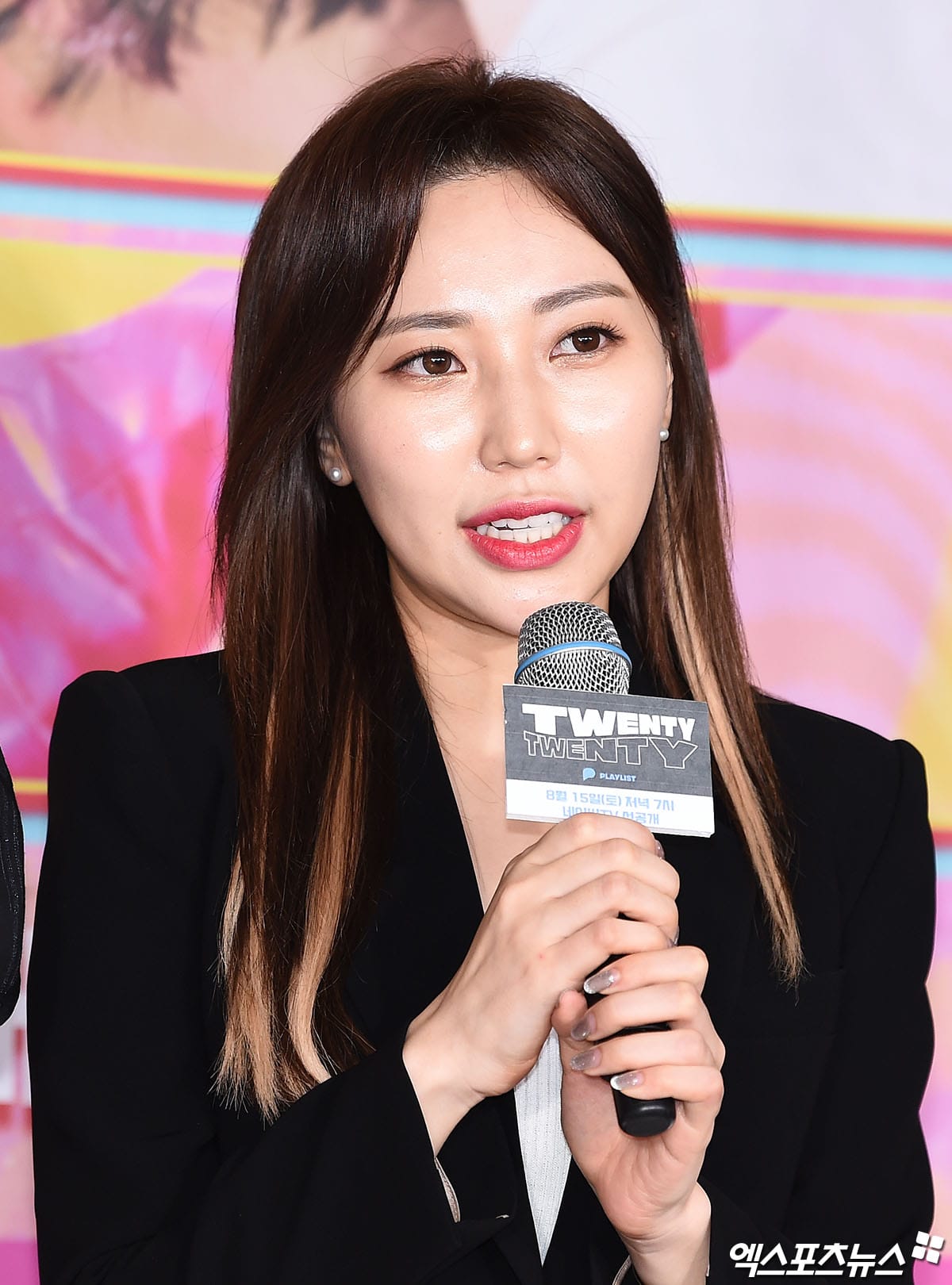 Director Han Su Ji talked about how she decided to take on “Twenty Twenty.” She said, “I did a lot of thinking after the ‘A-TEEN’ series ended. I wanted to tell a story beyond a drama about school. Then I read a comment that said, ‘I’m enjoying the drama because it seems like I’m growing up with them,’ and I think that’s how I naturally ended up telling a story about the worries of a 20-year-old.”

She continued, “‘Twenty Twenty’ is a story about finding oneself. I think there are a lot of things that come to mind when people hear the words, ’20 years old.’ I portrayed how friends in their 20s search for themselves.” 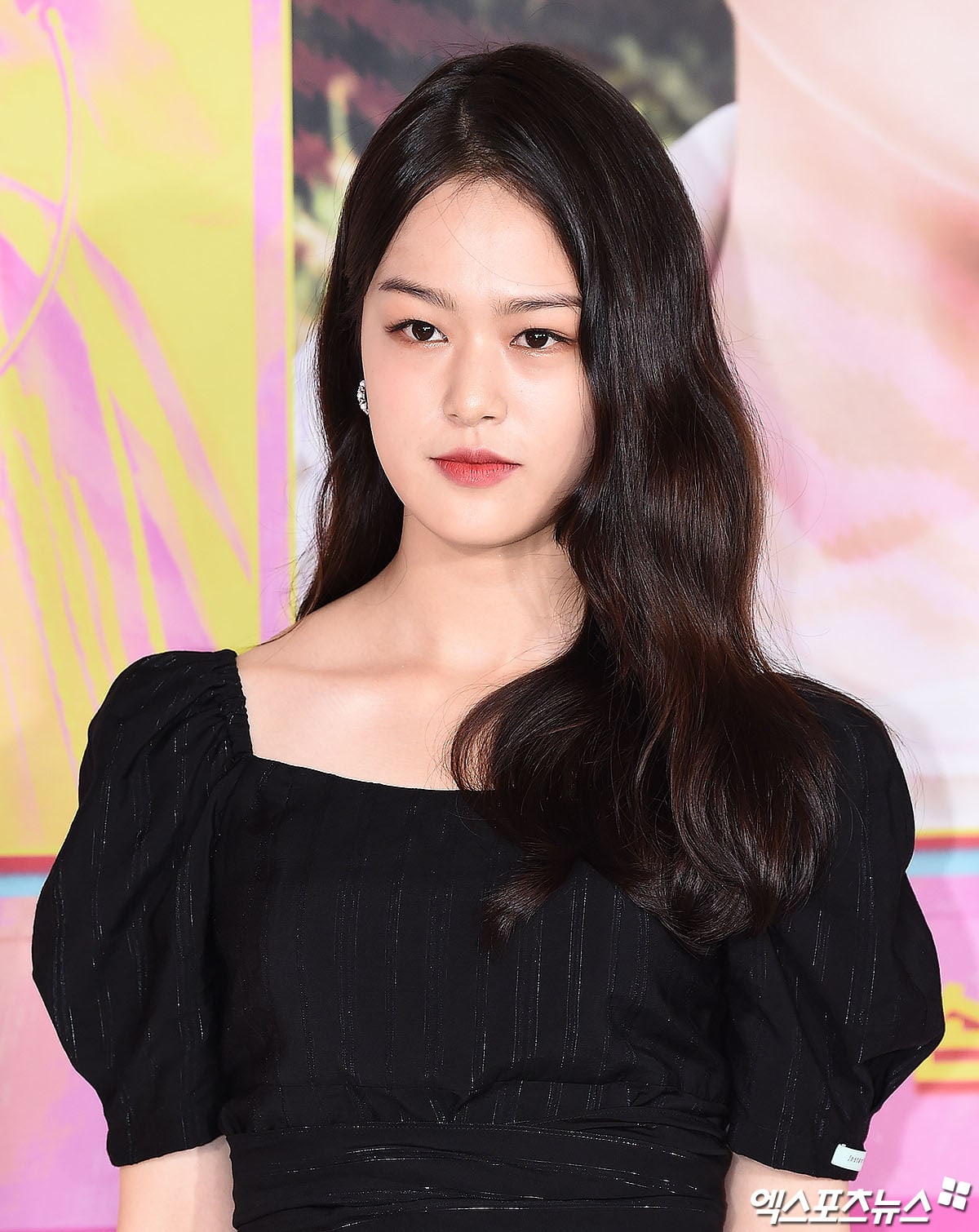 Han Sung Min commented, “I approached the drama thinking it would become an opportunity for me to think once more about my 20s. I really wanted to take on this drama.”

Kim Woo Seok and Chan will be making their acting debut through “Twenty Twenty.” Kim Woo Seok admitted that he had spent a lot of time thinking before joining the drama. “After I first read the script, I was curious about what would happen next in the story,” he said. “That was appealing to me.” 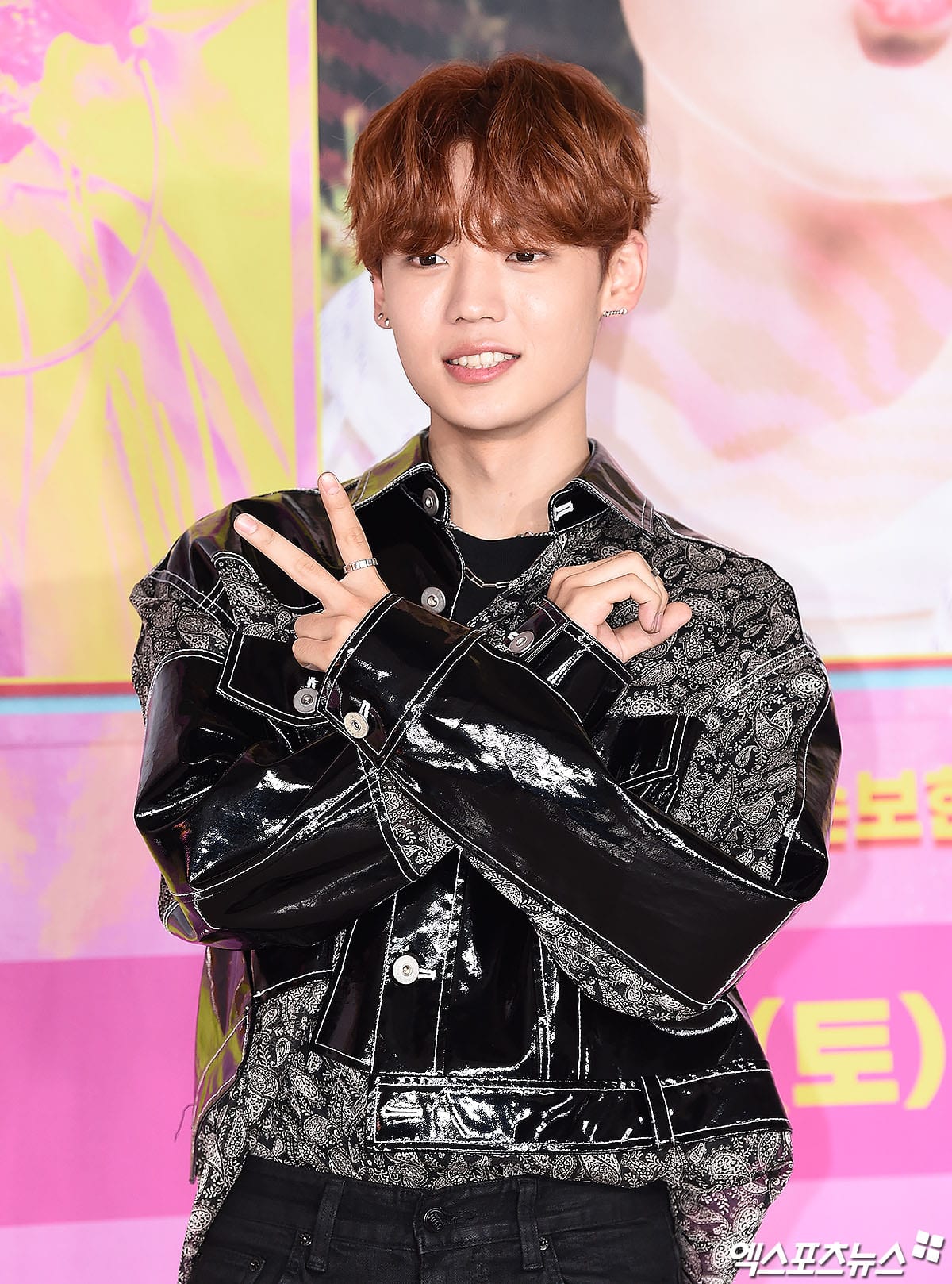 Chan said, “My character is so similar to me that the A.C.E members told me, ‘Isn’t that just you?’ I wanted to do better.”

He continued, “I thought I was always happy-go-lucky and knew how to enjoy every moment, but during the first filming session, I got really nervous. I think I was able to get over my nerves thanks to the director, the staff members, and my co-stars.” 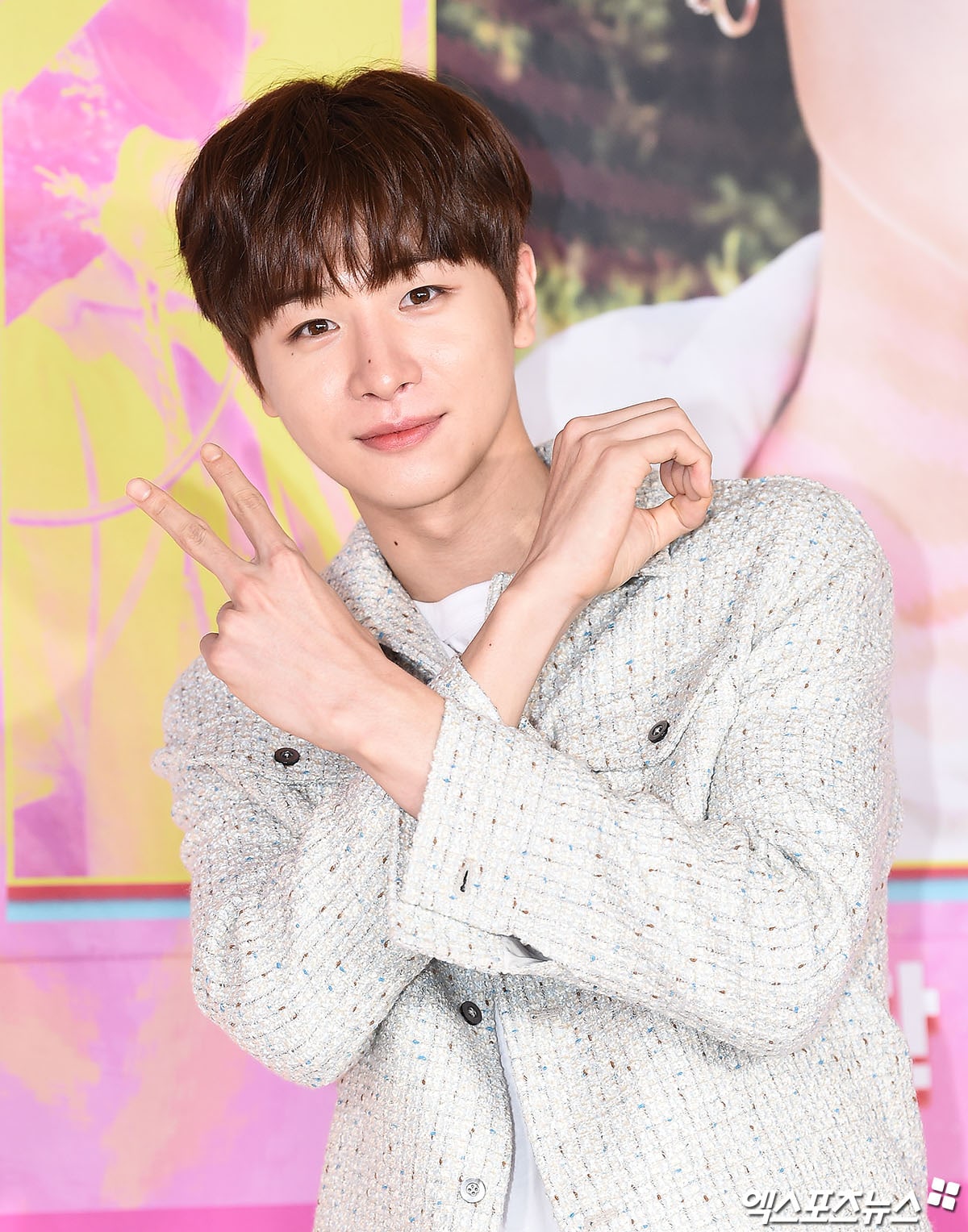 Meanwhile, Park Sang Nam commented, “After I read the script for the first time, I thought that our director and writer were really impressive. I wanted to take on this drama after seeing how they brought each and every character to life.” 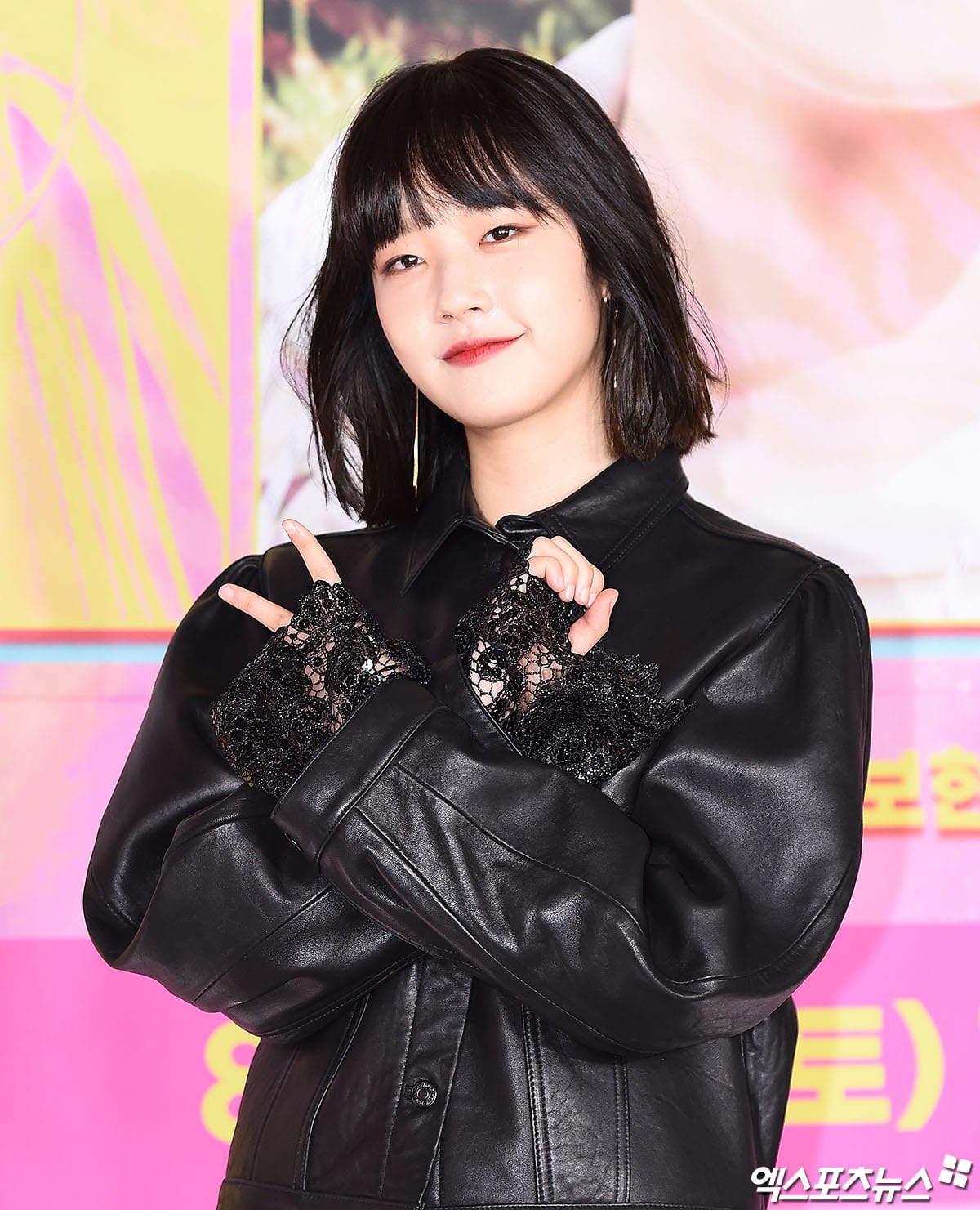 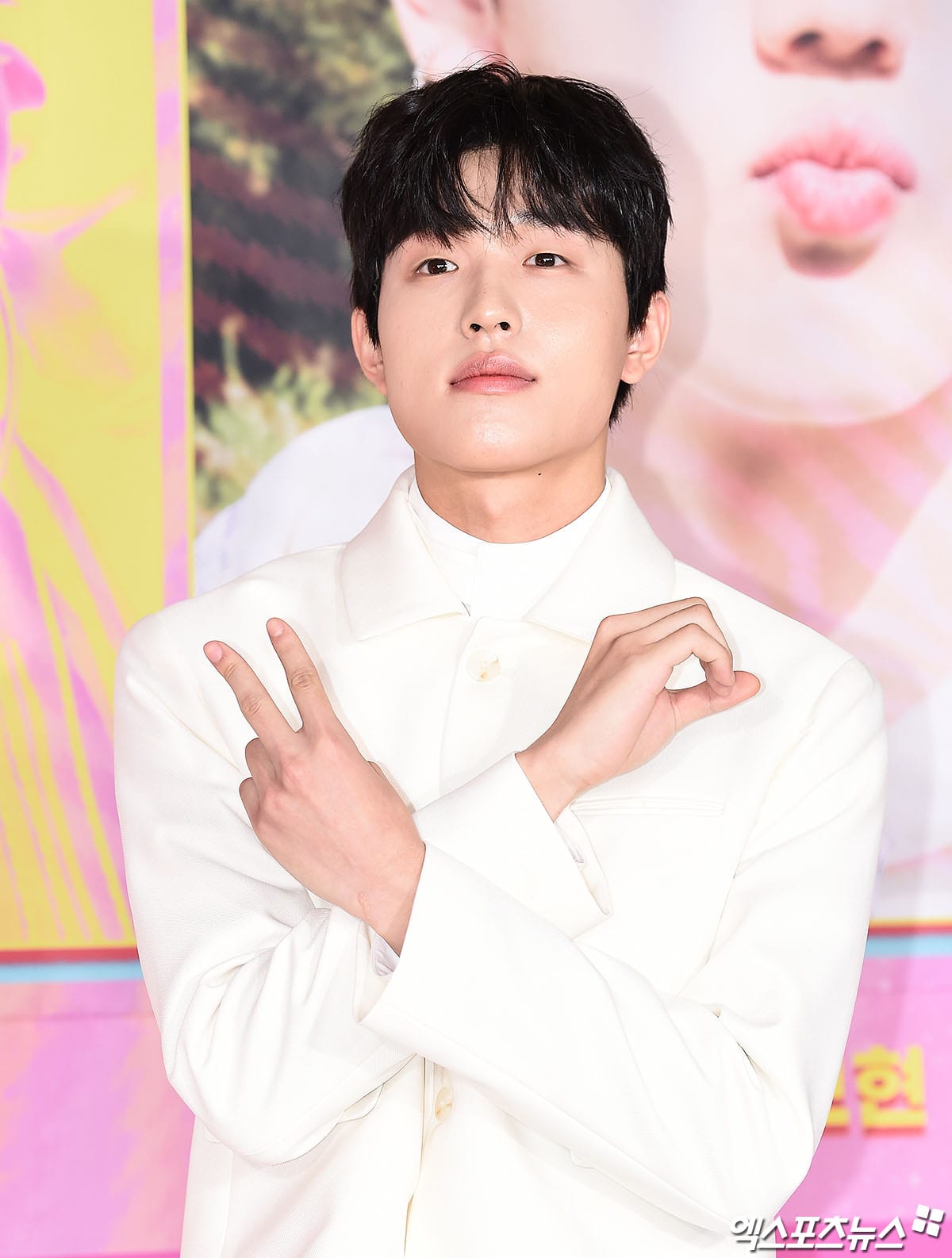 Chae Won Bin and Jin Ho Eun revealed that they were big fans of director Han Su Ji’s previous drama series “A-TEEN.” Chae Won Bin said, “I was interested in her next project, and I wanted to do it since I’m 20 years old.” Jin Ho Eun shared a similar sentiment, mentioning that he wanted to be a part of the director’s next drama.

Han Su Ji talked about the similarities between the actors and their characters. “While discussing the characters as I wrote the project proposal for the first time, I created a picture of the characters. I was so thankful that the actors who were cast ended up being similar to what I thought of.”

She continued, “Since the similarities between the actors and characters are important, I put an emphasis on the moments that they weren’t reading the script. I trusted them even more after seeing that they were similar to their characters even then.” 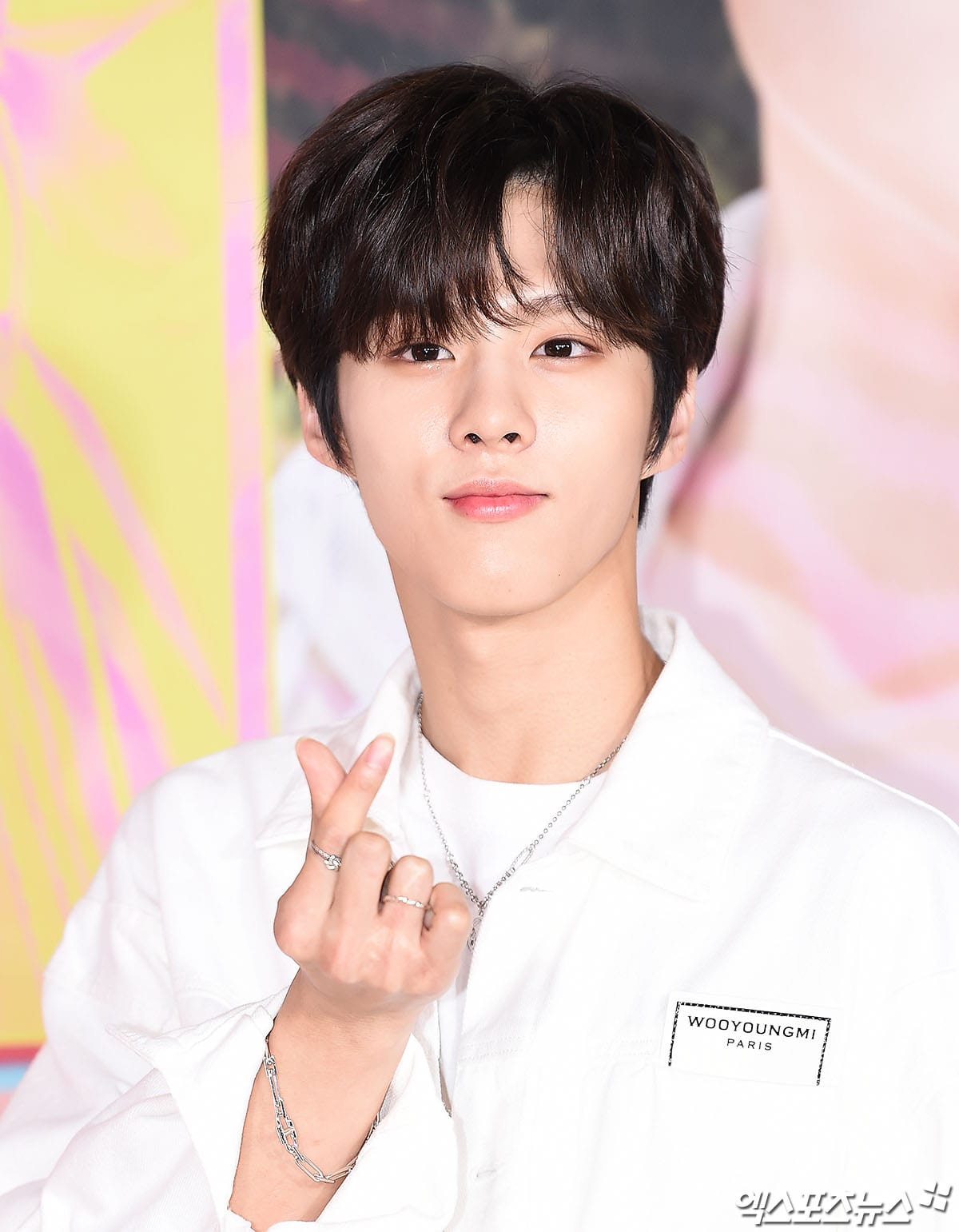 Kim Woo Seok, Hang Sung Min, and Park Sang Nam will be portraying a love triangle in the upcoming drama. Kim Woo Seok commented on their chemistry. “There were some awkward moments because I’m shy,” he said. “Later on, I got closer to Park Sang Nam after seeing him a lot.”

Park Sang Nam commented, “I think we all did our best. For example, Han Sung Min showed off the side of her character when she studies hard. She did a great job with it. Kim Woo Seok is so natural as his character that I can’t tell the difference between them. I think I gained the strength to work hard from these two actors.”

Han Sung Min added, “I got so immersed in the drama that Kim Woo Seok and Park Sang Nam seemed like Lee Hyun Jin and Jung Ha Joon to me in everyday life. I was able to focus comfortably on the characters. There were moments where we got closer while working together, so although our characters are a part of a love triangle, we take care of each other and get along well in real life.”

The cast shared what to look out for ahead of the premiere. Chan said, “I hope viewers will watch over the sides of every individual character. We worked hard to prepare this drama. Please show it lots of love.”

Kim Woo Seok said that empathy is a big part of the drama. He explained, “Because I acted while thinking of my own 20-year-old self, I think ‘Twenty Twenty’ will become a drama that people of all ages can watch and identify with.”

Han Sung Min said, “I think watching each character’s own ways of growing up is the most appealing part of the drama. The actors and staff all put their hearts into filming this drama, so I hope everyone will love it.”

“Twenty Twenty” will be pre-released on August 15 at 7 p.m. KST on V LIVE. The drama will officially premiere on August 22 at 7 p.m. KST through Playlist Studio’s YouTube channel and will air every Wednesday and Saturday on JTBC starting September 6 at 11:50 p.m. KST.

In the meantime, check out Playlist Studio’s drama “XX” below: