“Korea on Stage – Suwon Hwaseong” has announced its first lineup!

“Korea on Stage – Suwon Hwaseong” is a cultural showcase event broadcast on KBS and co-hosted by the Cultural Heritage Administration and the city of Suwon. 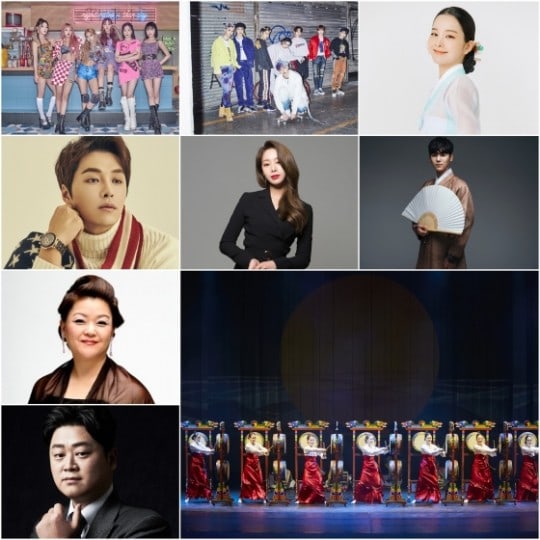 There will also be a second lineup announced at some point in the future.

“Korea on Stage” is part of a massive project from the Korea Cultural Heritage Foundation to introduce South Korea’s world cultural heritage to a broader audience. This project began with the designation of Suwon’s Hwaseong Fortress as a UNESCO World Heritage Site in 1997.

“Korea on Stage” will be recorded on a special outdoor stage in front of the Hwaseomun Gate at the Hwaseong Fortress on August 22. The event will be broadcast on KBS on September 3 at 10:40 p.m. KST. It will also be available on the KBS World YouTube channel.

Stray Kids
(G)I-DLE
How does this article make you feel?