“Lie After Lie” is a new suspenseful romance drama starring Lee Yoo Ri as Ji Eun Soo, a woman who puts her life on the line in order to be reunited with her biological daughter. After marrying into a chaebol family, Ji Eun Soo finds herself branded a husband-killer in the blink of an eye—and after being imprisoned for his murder, she loses custody of her daughter.

In the newly released poster, Ji Eun Soo confronts her intimidating mother-in-law Kim Ho Ran (played by Lee Il Hwa), who falls into deep sorrow after losing her only son. However, in the poster, Kim Ho Ran appears calm and perfectly poised as she stares down her visibly nervous daughter-in-law.

The poster highlights the tense dynamic and power imbalance between the two women, with Kim Ho Ran looking down at the fearful Ji Eun Soo with a contemptuous smile and a relaxed air of composure. It also captures the suspense of the drama’s story, with the caption asking, “Who is telling the lie?” 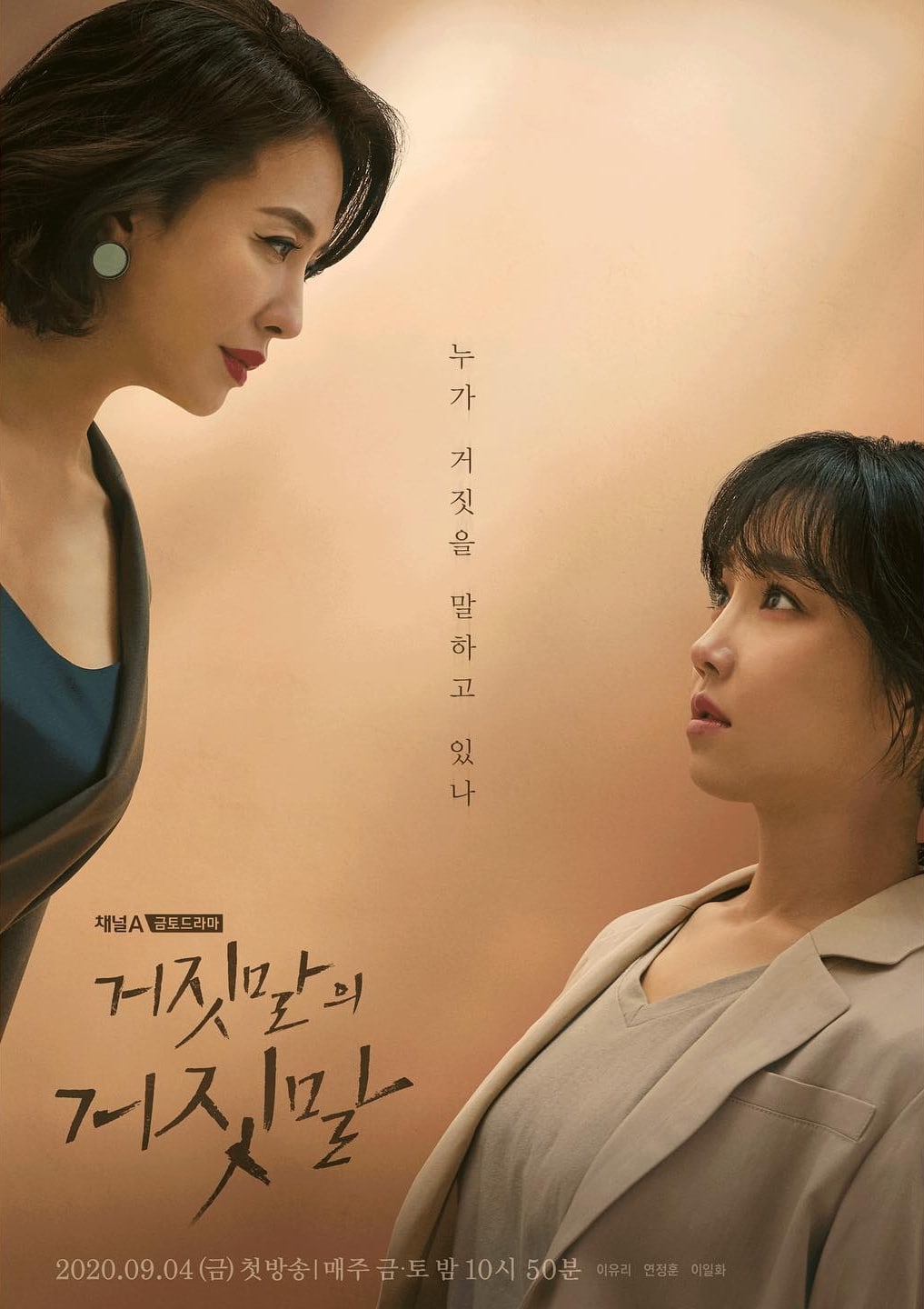 To see how the two women’s powerful maternal instincts drive them to act in entirely different ways, tune in to the premiere of “Lie After Lie” on September 4 at 10:50 p.m. KST! The drama will be available with English subtitles on Viki.

In the meantime, watch Lee Yoo Ri in her previous drama “Spring Turns to Spring” below!

Lee Yoo Ri
Lee Il Hwa
Lie After Lie
How does this article make you feel?