“I-LAND” Reveals The 12 Contestants Moving On To Part 2

“I-LAND” has announced the 12 trainees who are remaining for part two of the show!

Mnet’s “I-LAND” is an “observation reality program” that follows the creation of a new boy group. It’s the first project by BELIF+, which is a joint venture between CJ ENM and Big Hit Entertainment.

The first part of the program featured 23 trainees showing their skills as they vied for one of the 12 spots in the second half of the show, as “I-LAND” heads closer to determining the final members of its new boy group. The 12 contestants heading to part two were determined in part by votes from global viewers.

Six of the trainees heading to part two were already announced. They are Sunghoon, Jungwon, Heeseung, Jay, Jake, and K.

On August 14, the remaining six trainees from the “ground” were revealed! They are Sunoo, Daniel, Ni-ki, Geonu, Ta-ki, and Hanbin. 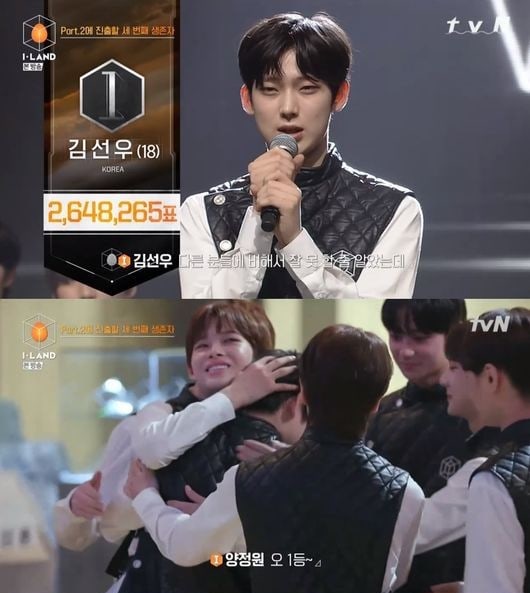 “I-LAND” also announced that the final debut group will have seven members.

The program went on to share the rankings of all 12 contestants based on global votes. Check them out below:

It was then announced that the 12 contestants would be split into three units for a test, with the winning unit receiving immunity from the next eliminations.

As the test is to cover BTS songs, the group appeared through a video message to announce which tracks the trainees will perform. They shared that they’ll be tasked with performing “I Need U,” “DNA,” and “Fake Love.”