Park Gyu Young On Working With Kim Soo Hyun And Seo Ye Ji In “It’s Okay To Not Be Okay,” How She Became An Actress, And More

In an interview with Xportsnews, actress Park Gyu Young shared her thoughts after the recent finale of tvN’s “It’s Okay to Not Be Okay.”

When asked how she went about creating her character, Park Gyu Young said, “In my opinion, one key phrase that describes Ju Ri is, ‘Someone who’s not brave enough to be disliked.’ She doesn’t like to be disliked, isn’t true to her own emotions, and it seemed to me that she was keeping a lot hidden from the world.”

She added, “The one person she could be truly honest to was her mother, and I thought people would be able to relate to the character if she was more honestly expressive in a space [where she felt safe to do so].”

Grading her own acting, she said, “I think I would give myself 50 points [out of 100]. Whenever I see myself act, I think, ‘Why am I doing that?’ a lot. I’m so thankful that a lot of people are looking on me kindly.”

Park Gyu Young continued, saying that she thinks she’s had a lot of luck in the senior actors that she’s been able to work with. “It was hard to approach them, but they came up to me first and talked to me. They helped me act comfortably.”

Talking about Seo Ye Ji, Park Gyu Young said, “I saw her for the first time during the script reading. She initiated conversation with me a lot, and whenever we were rehearsing or going over lines, she always asked my opinion. We were able to work together really well.”

On Kim Soo Hyun, the actress said, “His energy is really great. I’ve seen his dramas from even before I debuted, and I was worried and nervous about how our teamwork would be. I asked him about a lot of things I was curious about, and he made working together very comfortable, so I’m thankful.”

Park Gyu Young also commented on working with actor Kang Ki Doong, who played Jo Jae Soo in the drama. She previously worked with the actor in tvN’s “Romance Is a Bonus Book.”

She said, “I was so happy to see him. Before the script reading, I heard that he was appearing in the drama as Jo Jae Soo, and I was really excited. He said we should have fun. My first scene was meeting him in a chicken restaurant, and thanks to him, I was able to shed a lot of nervousness.” 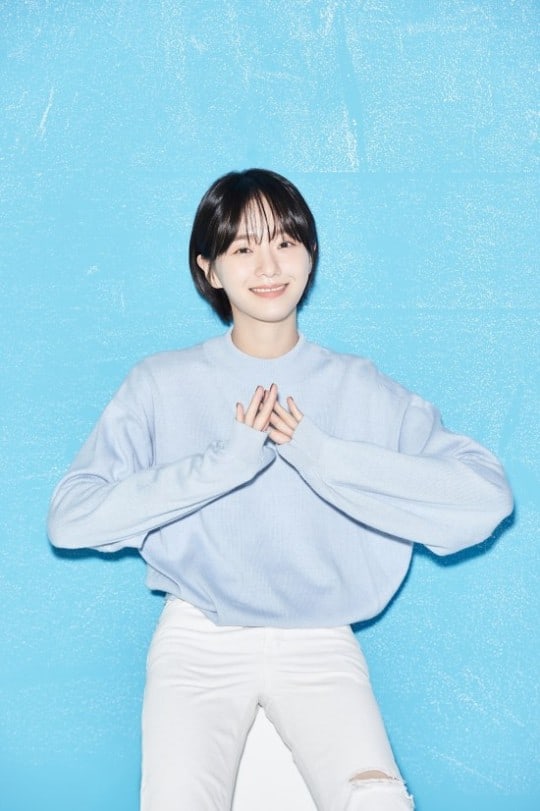 On how her popularity has grown after “It’s Okay to Not Be Okay,” Park Gyu Young said, “There are a lot more foreigners commenting on my social media. Before, I could count the messages I got on one hand, but now, it’s difficult to even read them all. I’m sorry that I can’t reply to every single message.”

Park Gyu Young was contacted by JYP Entertainment when she was a student at Yonsei University and working as a model. At the time, she said, she hadn’t even given a second thought to a career in acting, but while watching other actors, she began to feel stronger about working hard in the field.

She revealed that her parents were incredibly supportive of her choice. “They worried at first, but they told me to do what I wanted and supported me. They were so happy whenever I appeared on television, even for a little bit. It was great having the trust and support of my parents, and it was extra motivation for me to work harder and appear on television more.”

Her next project is Netflix’s “Sweet Home,” which is based off a webtoon of the same name. “I’m playing a character named Yoon Ji Soo, who has strong survival instincts. If Nam Ju Ri [from ‘It’s Okay to Not Be Okay’] was more quiet and outwardly innocent, this new character is stronger and has more girl crush vibes.”

Closing, the actress said, “I want to be an actor that makes people continuously curious. If you paint red on a white sketchbook and you turn the page, you get another white sheet. If you keep drawing, it becomes one book, and then two books, and I want people to think, ‘What is she going to draw next?'”

Park Gyu Young
How does this article make you feel?