On the August 15 episode of JTBC’s “Ask Us Anything,” CNBLUE’s Jung Yong Hwa, Lee Joon, Jeong Sewoon, and UP10TION’s Lee Jin Hyuk appeared as guests on a “friends” special. 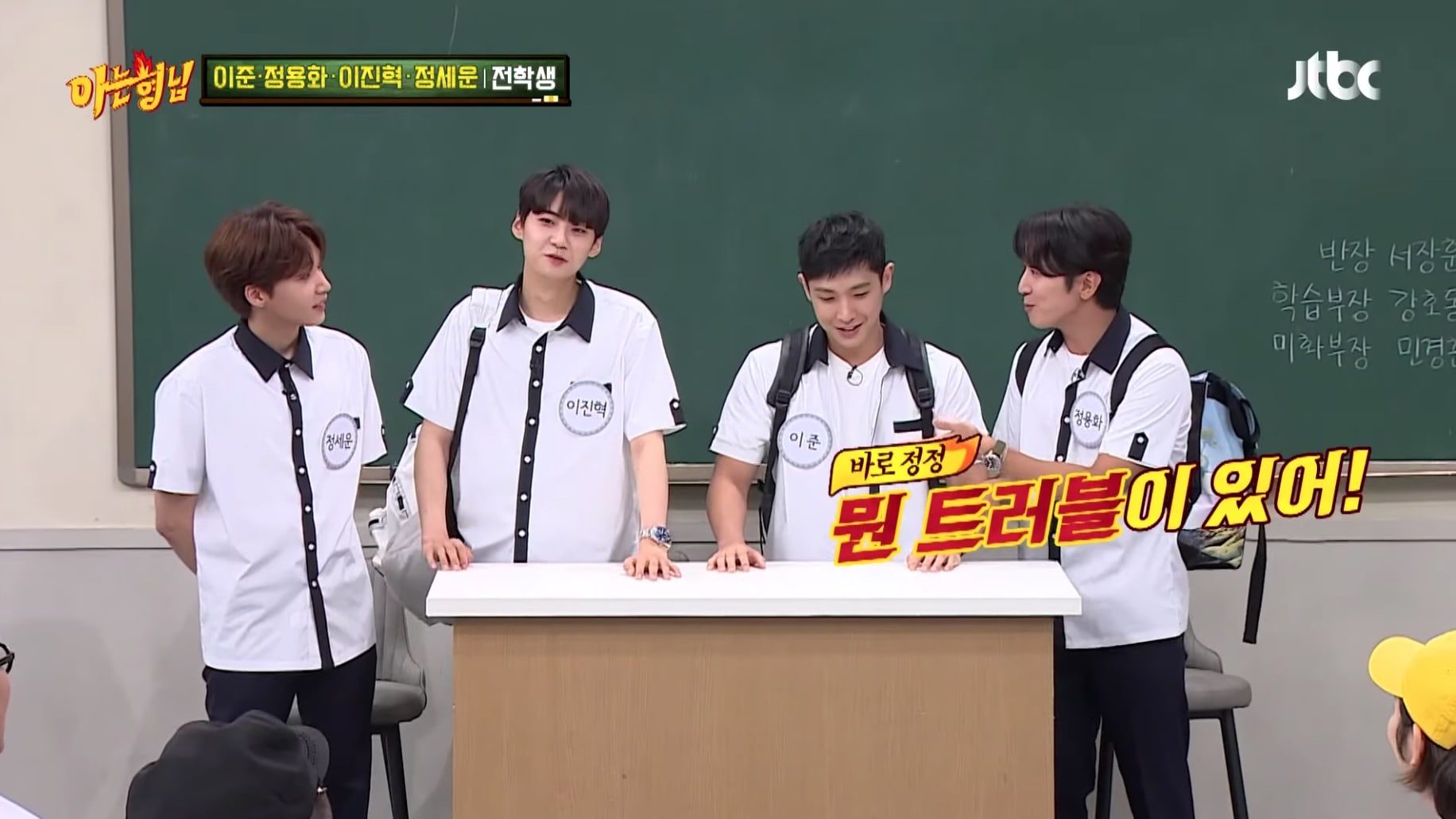 During the show, Lee Joon and Jung Yong Hwa shared that they had been friends for 12 years. Lee Joon said, “I was a trainee at the company before Yong Hwa. I heard that an ulzzang [someone whose photos become popular on the Internet for their good looks] from Busan was coming.”

Jung Yong Hwa continued, “Joon wasn’t training to become a singer at the time. He was training to become an actor. He was the first person I saw when I came to Seoul. I thought that he was the standard of a Seoul person. With his style and long hair, he looked like someone I had seen on TV. I thought Seoul people were so cool. We went to karaoke together and he had a strange pride in his vocal skills. He asked if I could sing and I said, ‘Oh, only good enough for karaoke.’ He suddenly asked me, ‘Can you sing ‘She’s Gone’ [a song known for its very high notes]?’ I said that I’d never tried, and he selected it right away. He wanted to be an actor, but it felt like he wanted to win over someone who was training to be a singer.” 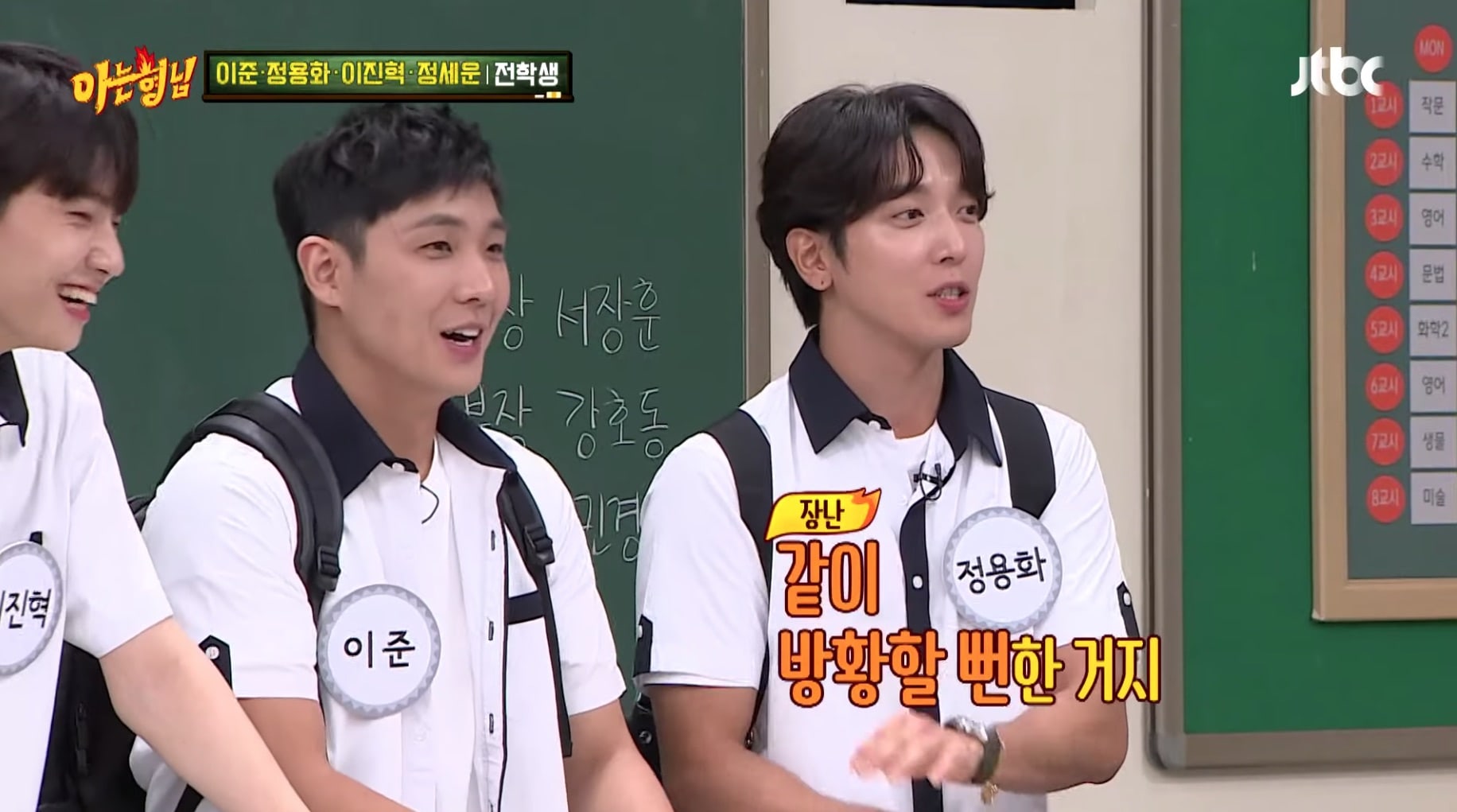 Lee Joon and Jung Yong Hwa also shared how they had come to part ways within their agency. Lee Joon said, “There was some trouble with the company.” Jung Yong Hwa rebutted, “It wasn’t trouble. We were in the wrong.”

He explained, “I was 20 years old at the time and I wanted to drink. We had grilled pork belly and soju. But it turned out someone from our agency saw us. The next day, we were called in to report at the agency. I think Lee Joon had a mind to leave the agency at the time. He whispered to me, ‘Let’s leave.’ I protested, ‘I’m from Busan and I don’t have anywhere to go.”

Jung Yong Hwa continued, “The director came in and told us to leave the company and then left the room again. Joon whispered, ‘This is our chance. Let’s go.’ I was still unsure, so he said, ‘Okay, I’ll go first. You can follow.’ He left in a cool way. But I really had nowhere to go. I couldn’t go back to Busan. I sat there anxiously for about three minutes until the director came back in. He said, ‘So you really want to do this, huh?’ He said, ‘You can practice hard starting tomorrow.'”

Lee Joon said in surprise, “So it ended well?” Jung Yong Hwa said, “Yeah, it ended well.” The cast asked if that had been the end and Lee Joon joked, “That was the last time I saw him.” When asked if he had been mad that Jung Yong Hwa had not followed, he said, “No, we kept in contact. Strangely, I was training to be an actor and he was training to be a singer, but I debuted first as a singer in MBLAQ and he debuted first as an actor. He called me one day and asked, ‘What are you doing?'”

Jung Yong Hwa said, “The only time I heard him sing was ‘She’s Gone.’ But then he debuted as a dance singer.” 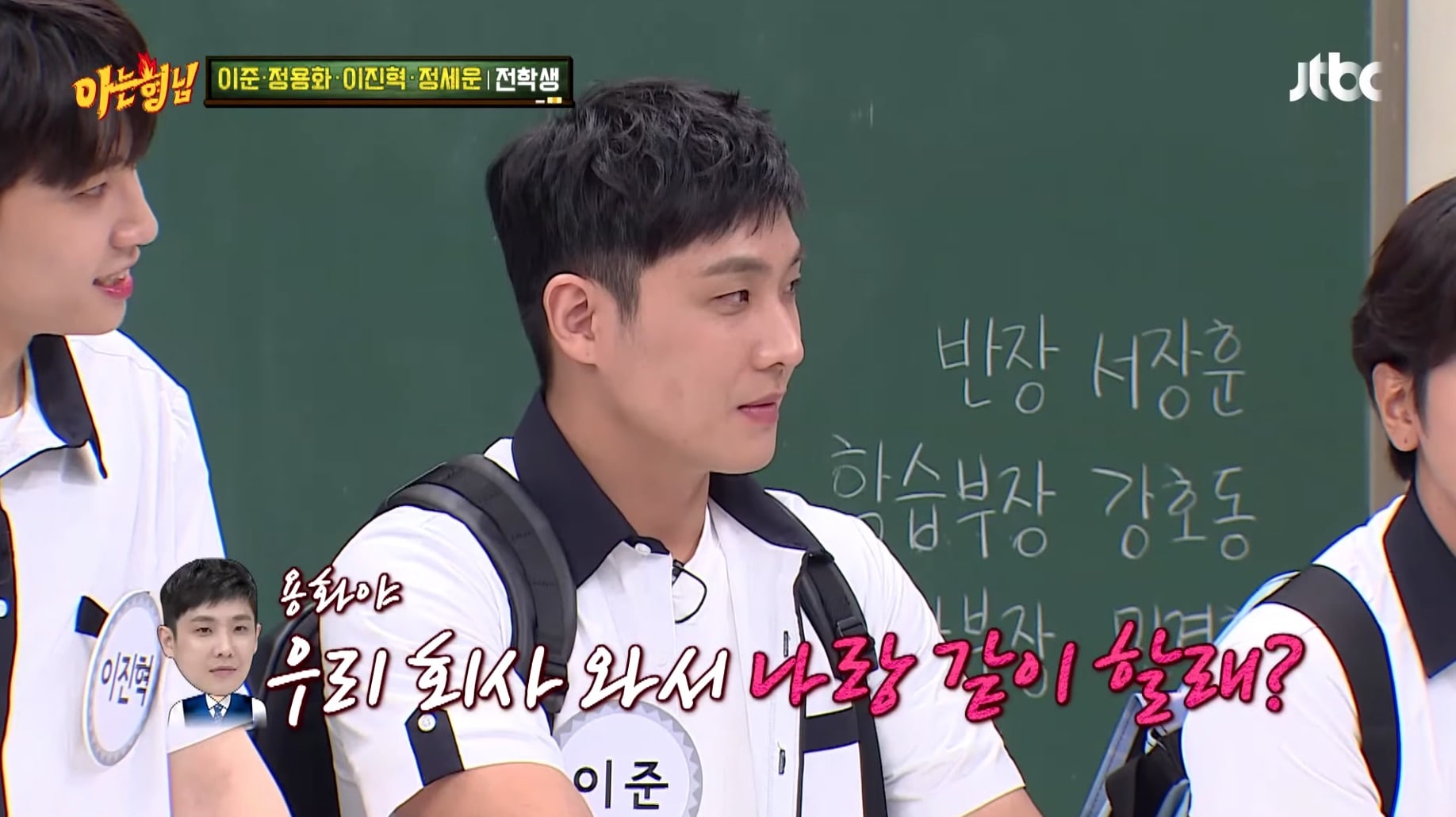 Asked why he had debuted as a singer, Lee Joon explained, “I had lost my direction at the time. But then I was lucky enough to meet Rain. I followed a friend to an audition and Rain saw me and said, ‘You remind me of me.’ He asked me if I could sing, so I sang. He asked me if I could dance, and I danced. He said that I reminded him of his younger days. So I suddenly became a singer. I called Yong Hwa, who was struggling at the time, and said, ‘Join me in MBLAQ.'”

Jung Yong Hwa corrected, “He called me and said, ‘I’ve joined an agency and Rain is in it. Do you want to join me here?’ But he was looking out for me. Of all the people I’ve met, he’s one of the people I’m closest to.” 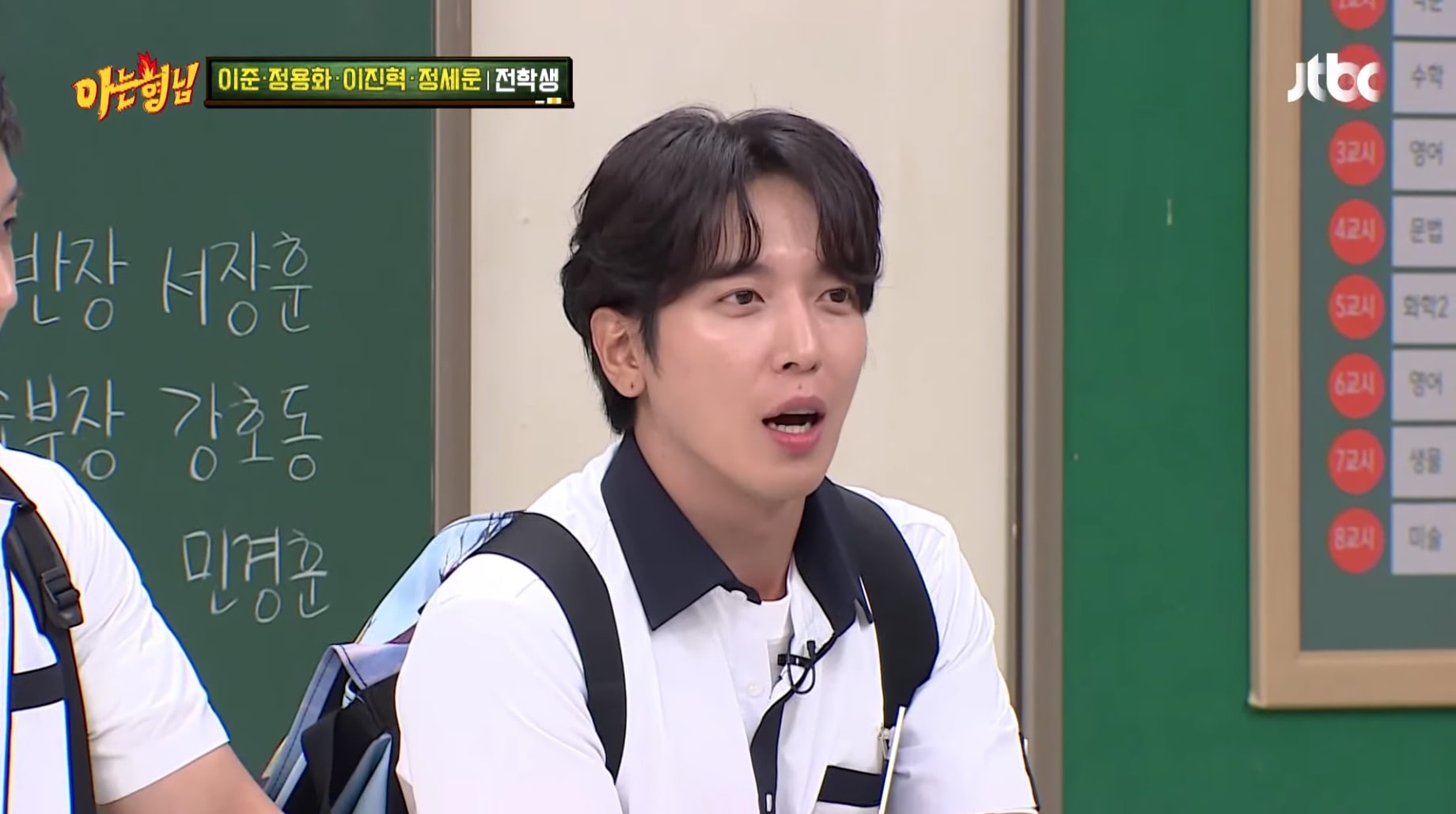 Check out Jung Yong Hwa in “Heartstrings” below!

And Lee Joon in “Father Is Strange” below!

Ask Us Anything
CNBLUE
Jung Yong Hwa
Lee Joon
MBLAQ
How does this article make you feel?