BLACKPINK recently faced off in a fun go-kart race!

On August 15, BLACKPINK released the seventh episode of their YouTube reality series “24/365 with BLACKPINK.”

Before kicking off the first-ever “BLACKPINK Speed Racing Championship,” the girls carefully received go-kart safety lessons. While Jisoo and Lisa showed a bit of nerves, Rosé and Jennie expressed excitement and confidence.

BLACKPINK was also joined by racing commentators Jung Joon and Kim Dae Kyum for the event. They predicted that the race winner would be either Jisoo or Rosé, explaining, “Since Jisoo enjoys gaming, I think Jisoo could do well if she races as comfortably as she games. They say Rosé is a fanatic for extreme [activities]. She enjoys being active, so I predict Rosé will also be very good today.” 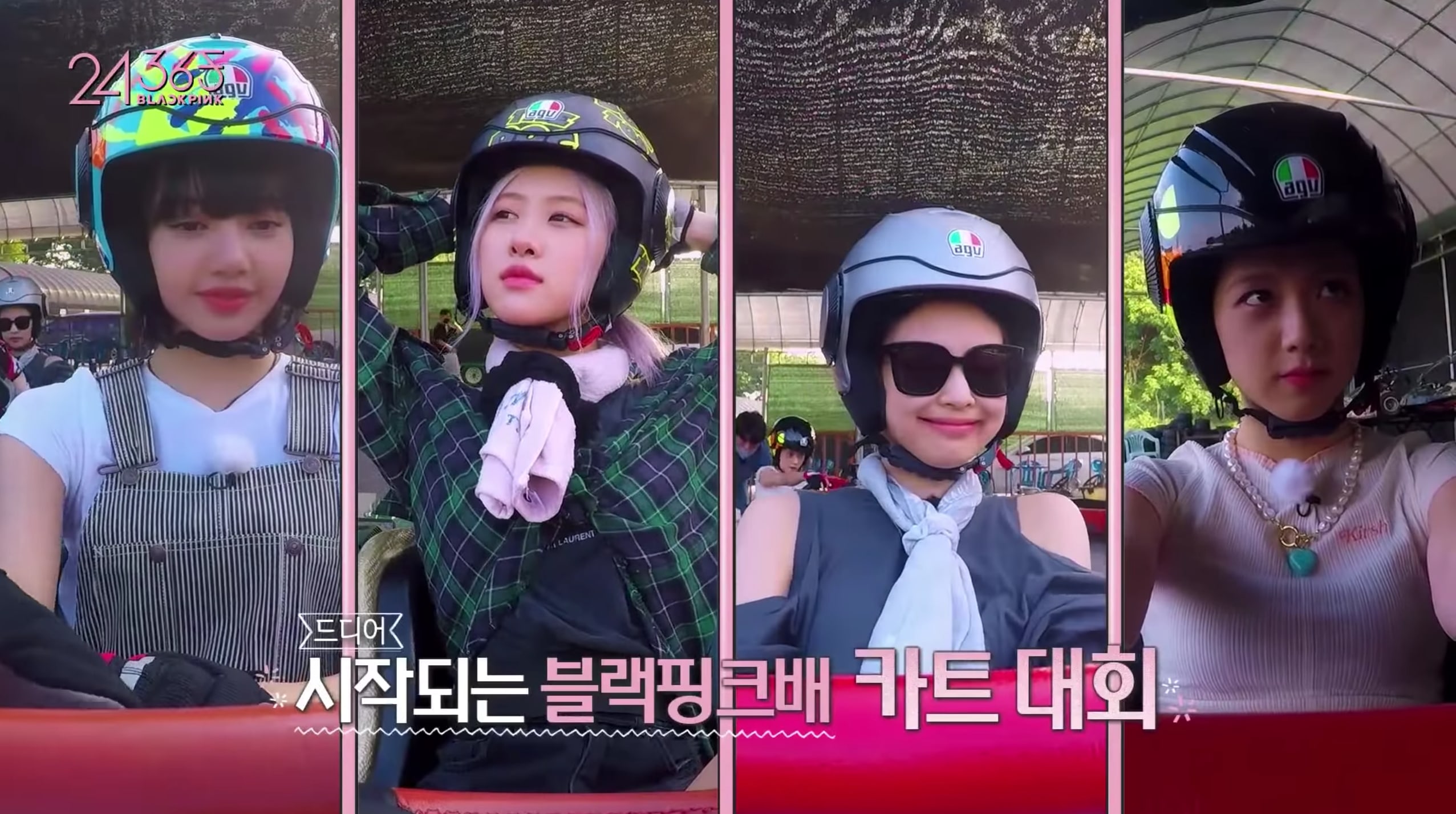 To get used to the race course, BLACKPINK set off on their driving test. Despite Lisa’s head start, both Rosé and Jennie immediately caught up to her, while Jisoo carefully drove behind them all at a steady pace.

In Rosé and Jennie’s heated race for first place, Rosé accidentally drove off-course while turning the corner, allowing Jennie to finish first in their practice race. 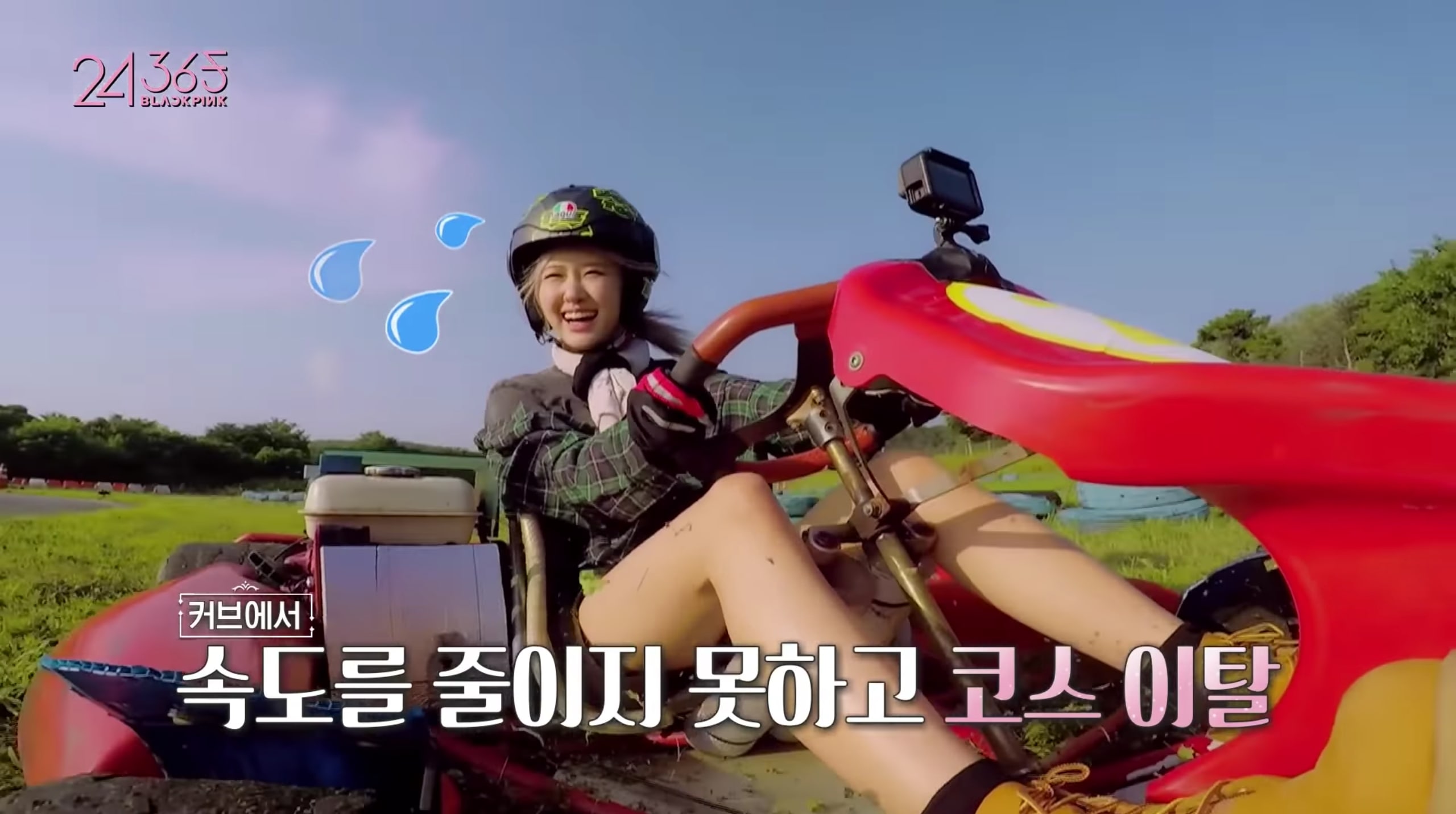 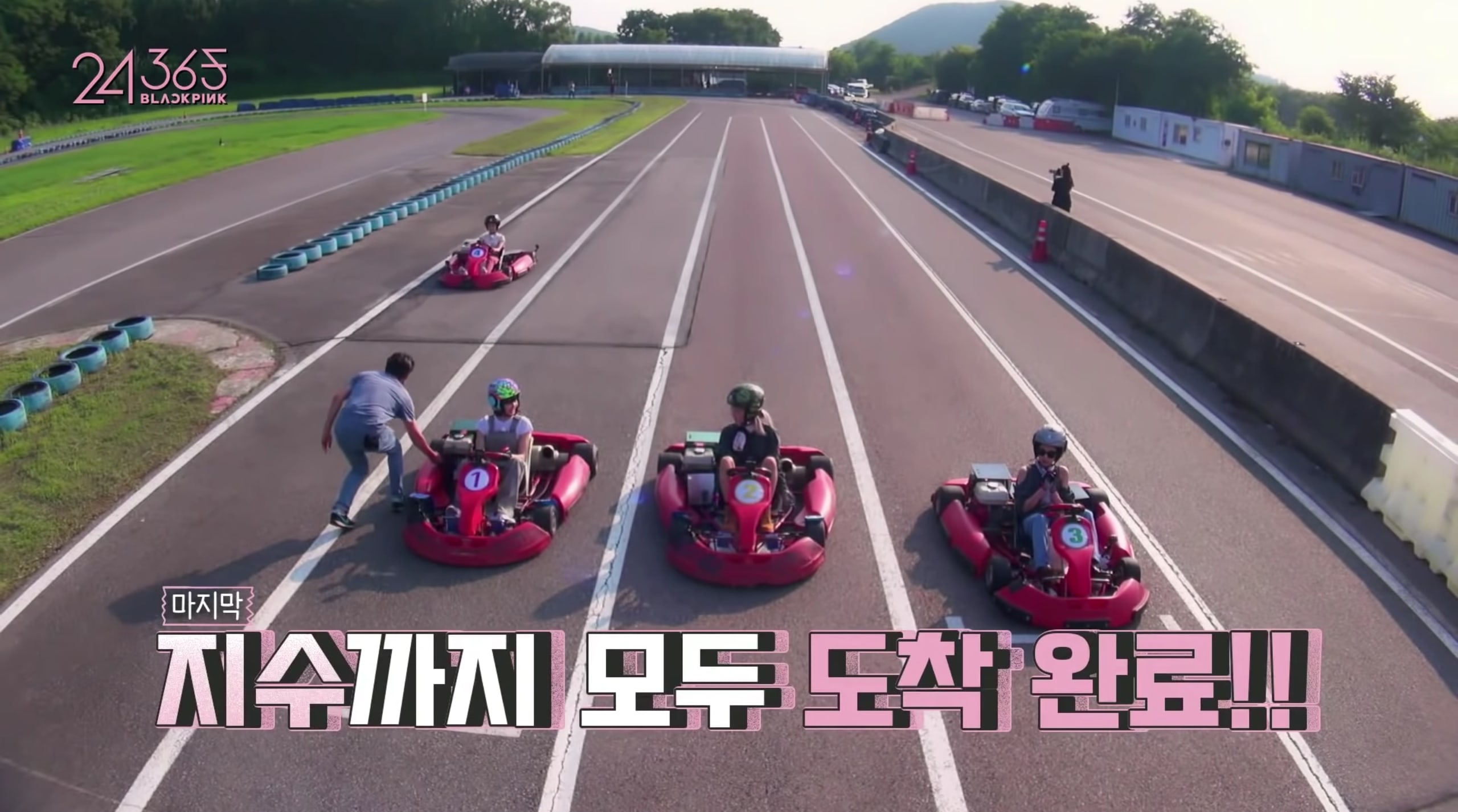 After the practice race, BLACKPINK met up with the commentators. They asked Jennie what had been on her mind while she was driving ahead of Lisa, to which she answered, “Why is she going so slow?” Lisa adorably interjected, “Because I was scared!”

She continued, “[Jennie passing me] made me feel bad. I felt bad, but she also looked so cool.” 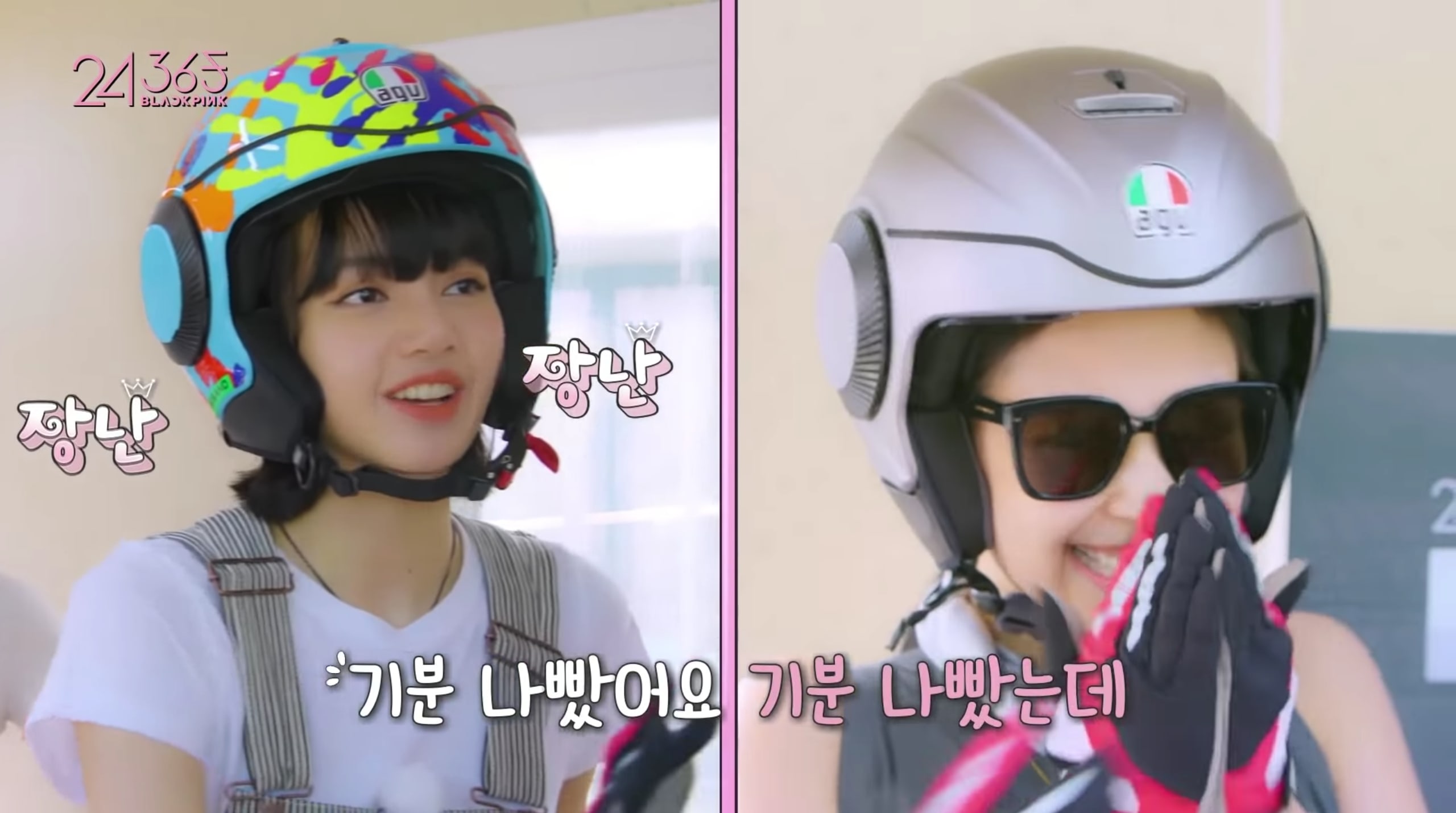 When asked about her cautious driving, Jisoo calmly explained, “I didn’t want to forget to greet the cameras,” before hilariously requesting that everyone look forward to a different side of her for their actual race. 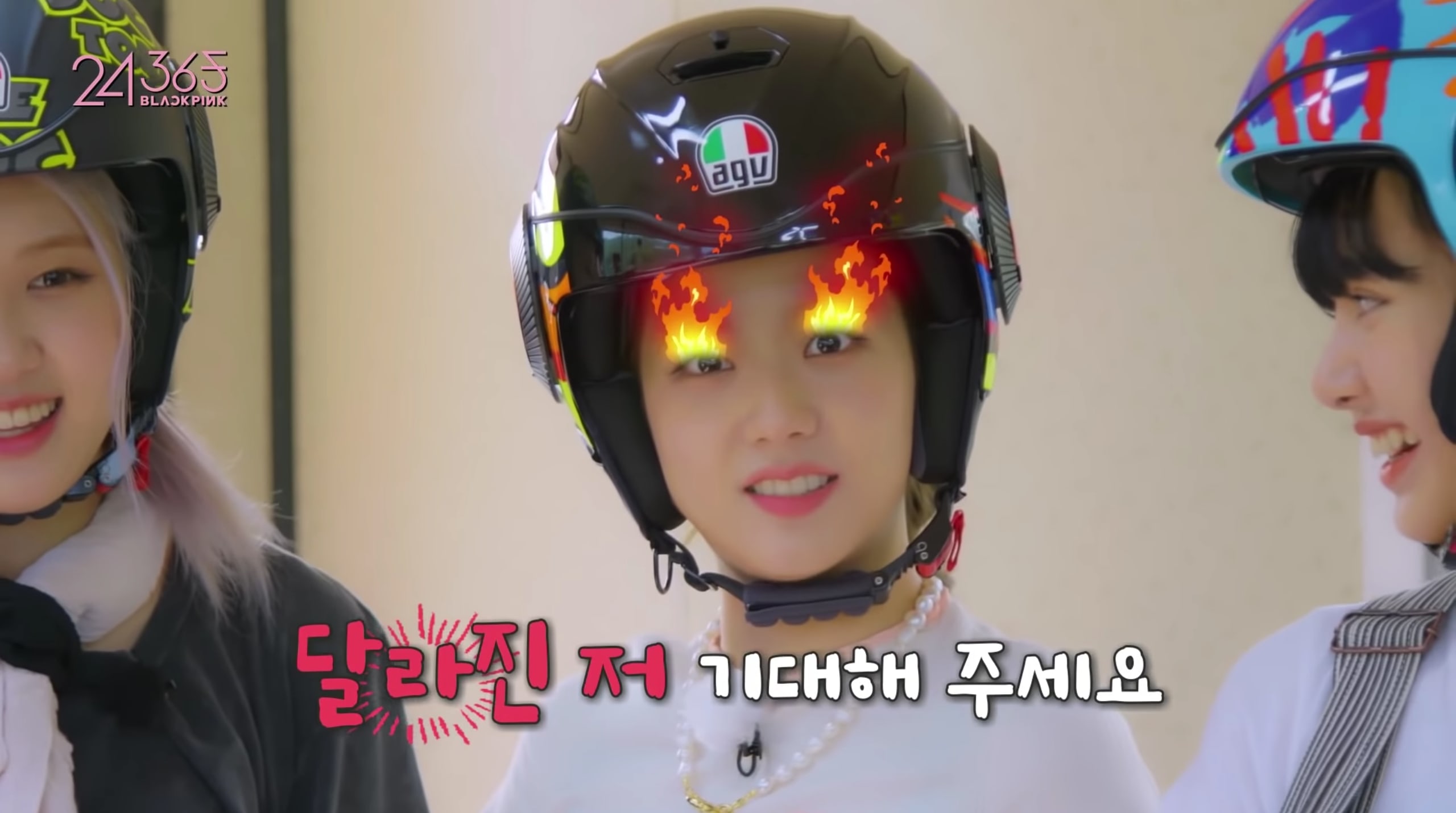 Later, the girls began their official lap-time game, with Lisa as the first competitor. The commentators shared that a good lap time on this particular course would be around 1 minute and 20 to 30 seconds, and Jennie commented that she thought Lisa would finish in 2 minutes. Jisoo chimed in, “But because she was unexpectedly beat earlier, and she is pretty competitive, I think she’ll come in 30 seconds faster than she did before [during the practice round].”

With a safe and successful race, Lisa came in at 2 minutes and nine seconds, but the group excitedly welcomed her while pretending she had a record time of 1:30.

Next up was Rosé, whose speed made Jisoo jokingly comment, “Reckless driver!” Although she had a record time of 1:48, the other members playfully pretended she had missed out on first place by one second with a time of 2:10.

Jennie shocked everyone with her impressive driving and landed in first with a time of 1:36.

Last up was Jisoo, who put on much more speed this time than her careful practice race. To everyone’s surprise, Jisoo ended up in second place with an impressive time of 1 minute and 42 seconds. 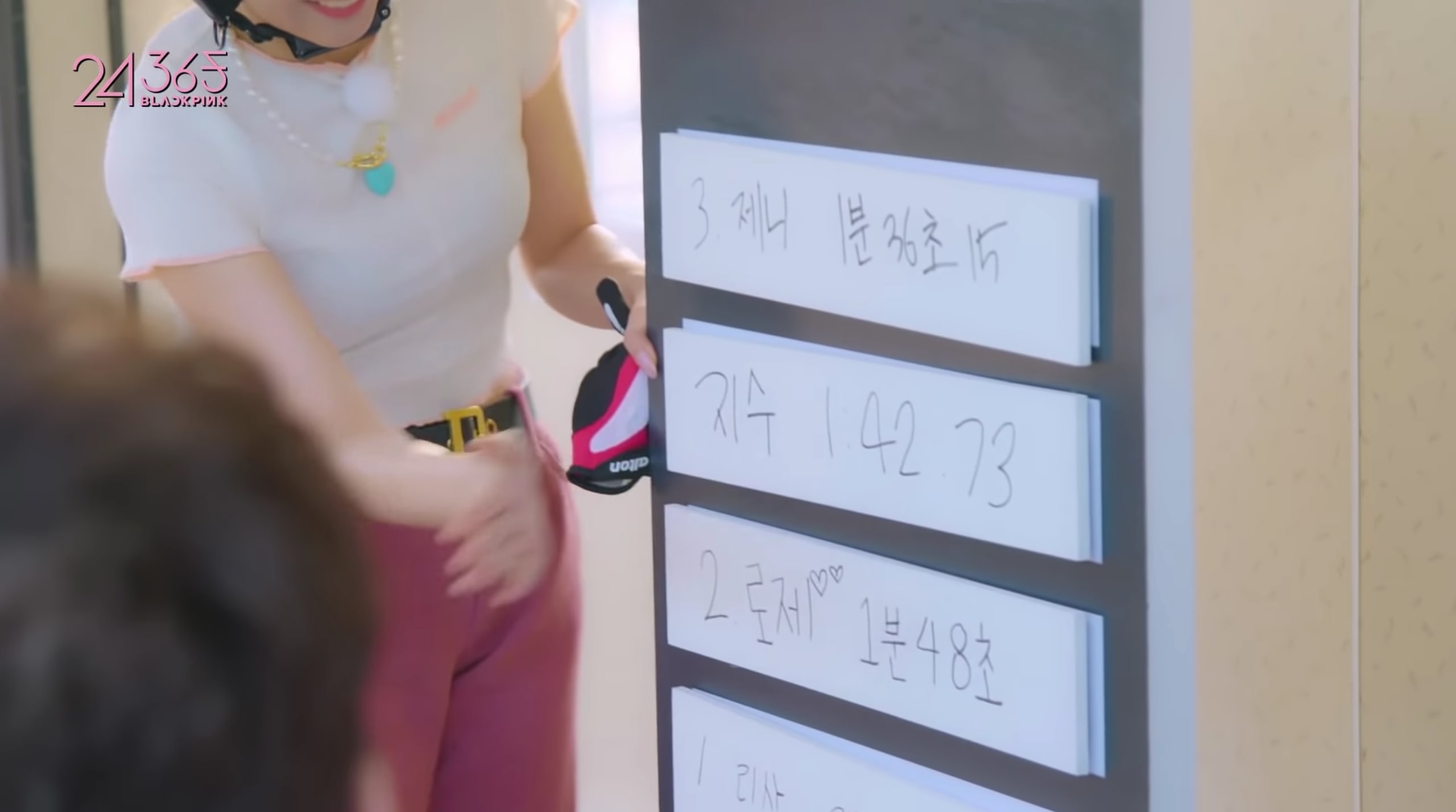 Stay tuned for next week’s episode, in which BLACKPINK will all race together in an individual speed contest!

Watch the full episode of “24/365 with BLACKPINK” with English subtitles below: