The second season of “Forest of Secrets” has shared a glimpse of the first appearance of Lee Joon Hyuk!

The second season will bring the reunion of emotionless prosecutor Hwang Si Mok (Cho Seung Woo) and warm-hearted police officer Han Yeo Jin (Bae Doona). The two will be on opposite sides of a tense situation involving the police and the prosecutor’s office. Lee Joon Hyuk plays Seo Dong Jae, a prosecutor who walks on the thin line between chasing success and having a conscience.

The new stills preview Seo Dong Jae not at his current workplace of the Uijungbu District Prosecutors’ Office, but at the Supreme Prosecutors’ Office, where he dreams of working at. However, it may be difficult for him to reach his goal due to his unsatisfactory performance review as well as his history of being investigated by his junior Hwang Si Mok who was a specially appointed prosecutor at the time.

However, Seo Dong Jae is someone who is adept at finding opportunities in any situation, so his schemes at the Supreme Prosecutors’ Office will be a point of interest in the new season. The new stills show his various expressions, ranging from a proud and confident smile to his intense features when he speaks passionately to someone. 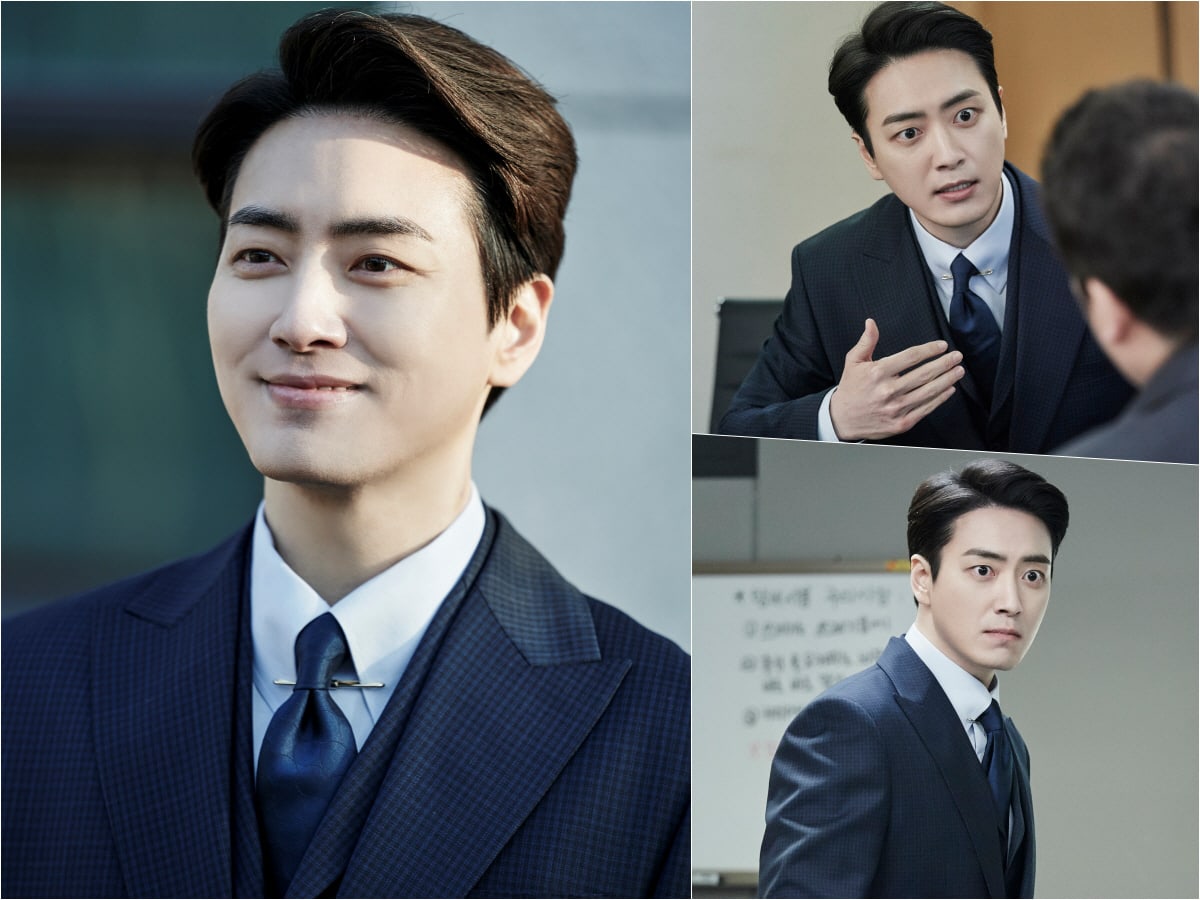 Viewers are also looking forward forward to Seo Dong Jae’s reunion with Hwang Si Mok. Two years prior, Seo Dong Jae said, “I want to keep Lee Chang Joon’s last words, ‘You still have a chance.'” To Hwang Si Mok, he pleaded, “Please believe in me just once.” Although viewers thought they had mended their relationship, Seo Dong Jae sat in the position that once belonged to Hwang Si Mok. Curiosity is mounting over how Seo Dong Jae will react once Hwang Si Mok returns to Seoul, having been summoned by the Supreme Prosecutors’ Office.

The production team commented, “Seo Dong Jae will reunite with Hwang Si Mok at the Supreme Prosecutors’ Office in today’s episode. In the first season, Seo Dong Jae won viewers’ hearts as the villain they couldn’t bring themselves to hate as he relied on his survival instincts to stay in the competition. Keep an eye out for the cards that he will bring to the table in the new season.”

The next episode of the second season of “Forest of Secrets” airs on August 16 at 9 p.m. KST.

In the meantime, watch Lee Joon Hyuk in “365: Repeat the Year” below: