On the August 16 episode of SBS’s “My Ugly Duckling,” Kim Jong Kook spent some time with his close friends Hong Kyung Min and Cha Tae Hyun. 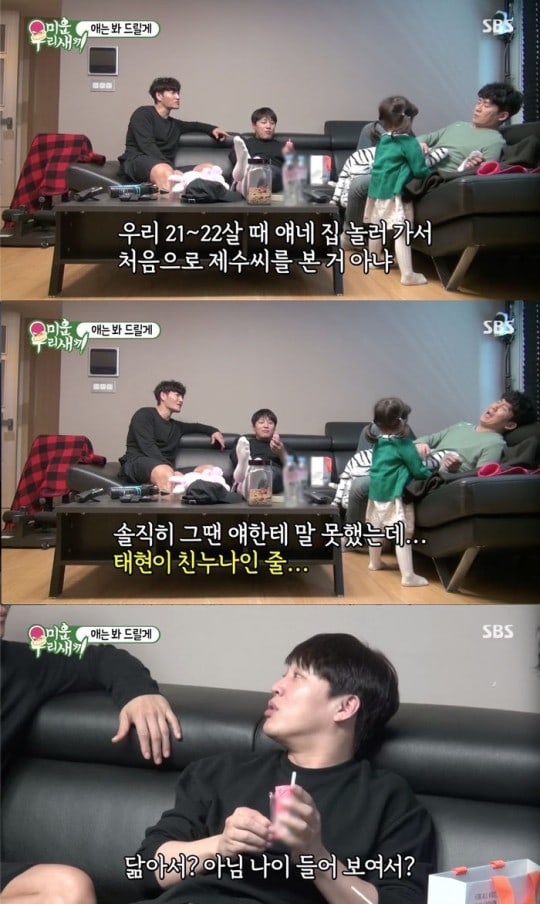 Kim Jong Kook said, “I was 21 or 22 when I went to Cha Tae Hyun’s house and met his future wife for the first time. I couldn’t say this at the time but I thought she was his older sister.”

Surprised, Cha Tae Hyun said, “Because we look alike? Or because she looked old?” Kim Jong Kook said, “He didn’t tell me that he had a girlfriend so I didn’t know. I went to his house without knowing that, but there was someone who looked very virtuous there.”

This made Cha Tae Hyun crack up and he said, “Kim Jong Kook, you’re out.” Kim Jong Kook said, “No, what I’m trying to say is that she didn’t feel like his girlfriend. She had a very benevolent air.” From the panel, Seo Jang Hoon tsked and said, “How is he going to recover from this?”

Kim Jong Kook tried to fix things by saying, “No, they did look similar. But she looked at him with a very benevolent expression. His wife has very good features.” 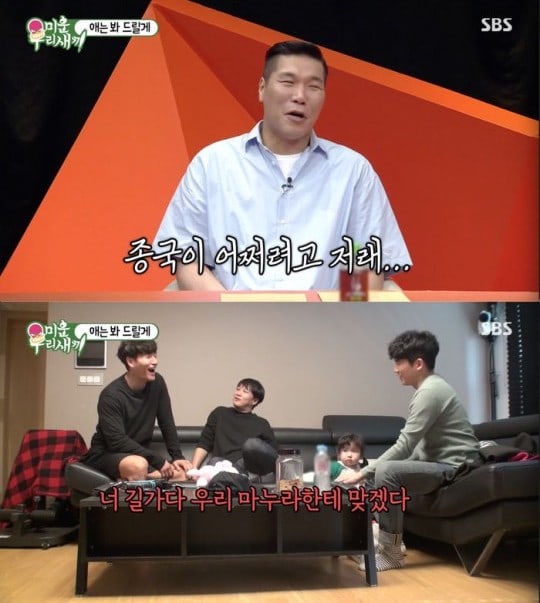 Cha Tae Hyun said, “Kim Jong Kook is on the wanted list now. It’s too late for him.” He added, “If you pass my wife on the street, she’s going to slap you. Be careful of any virtuous-looking women you might meet.”

(Note: The original meaning of the word Kim Jong Kook used, hoodeok, is “virtuous” or “generous,” but in recent times, the term has come to be used as a roundabout term for plumpness or weight gain.)