Boxing champion Choi Hyun Mi was the latest master on SBS’s “Master in the House”!

On the August 16 episode of “Master in the House,” cast members Lee Seung Gi, Shin Sung Rok, Yang Se Hyung, Kim Dong Hyun, and ASTRO’s Cha Eun Woo met up with boxer Choi Hyun Mi. Not only is Choi Hyun Mi a world champion, but she does not have a single loss in her professional boxing record.

As a warmup, Choi Hyun Mi proposed a punch-machine competition. Lee Seung Gi and Shin Sung Rok, who have previously taken on the action genre in various projects, showed off impressive scores of 7657 and 8281 respectively. Even while using his non-dominant hand, mixed martial artist Kim Dong Hyun smashed their record with a score of 8518.

On the other hand, Cha Eun Woo and Yang Se Hyung cracked everyone up after both receiving scores of 1500. Yang Se Hyung jokingly exclaimed, “When [Eun Woo] and I were in school, we only did our schoolwork!” 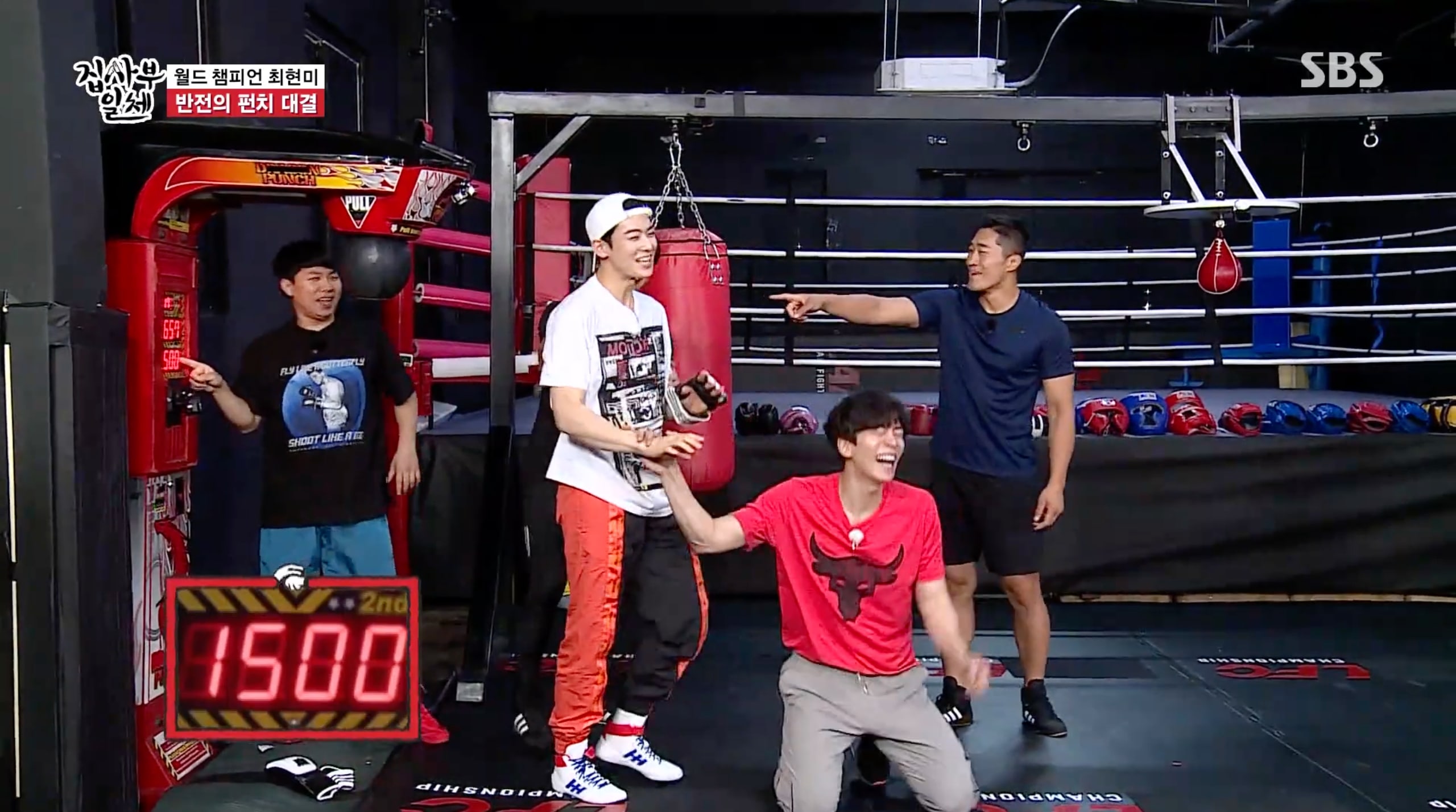 Last up was Choi Hyun Mi, who accidentally slipped up on her punch and hilariously received the same score as Cha Eun Woo and Yang Se Hyung. 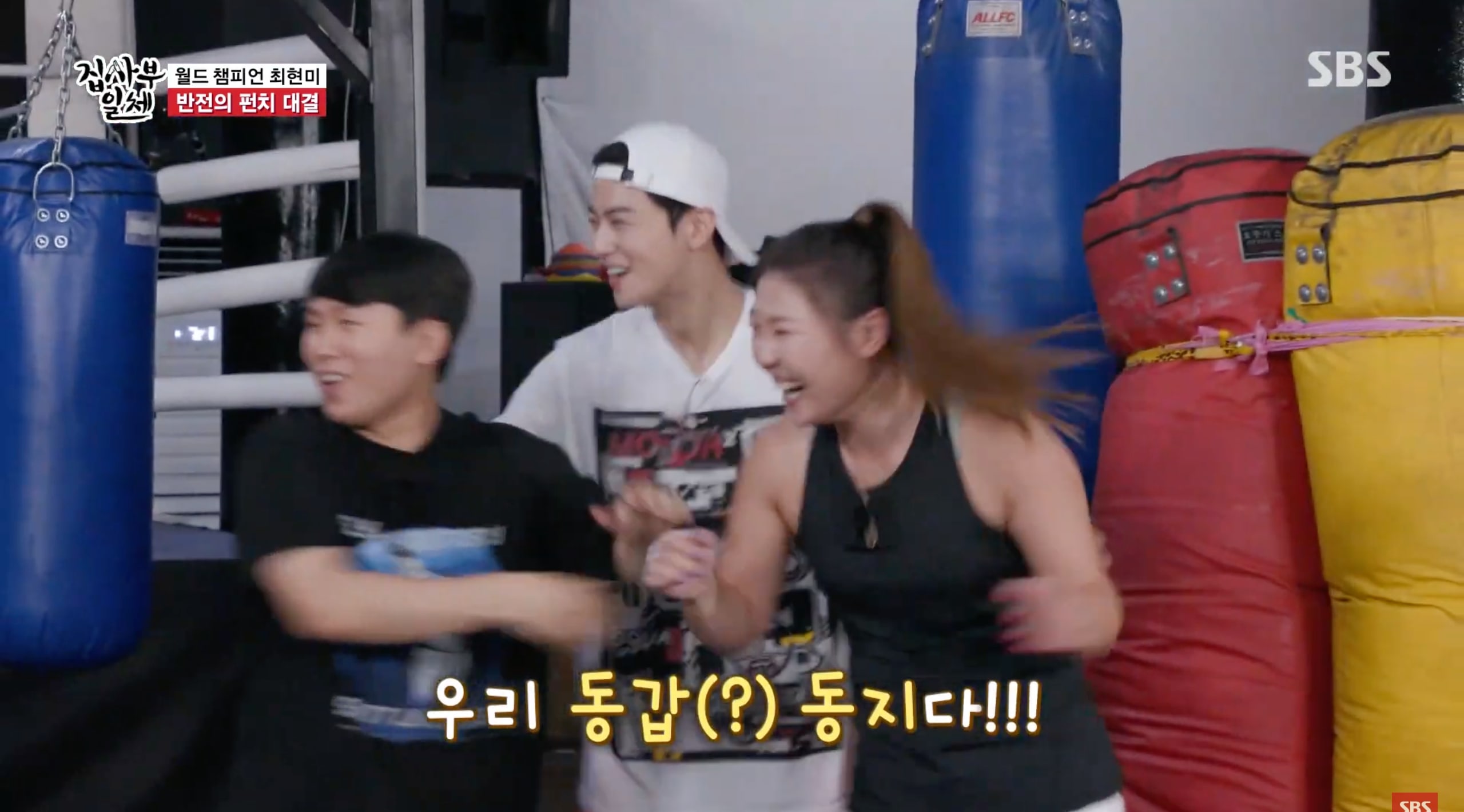 Later, the group set out on their official mission. In the ring, Choi Hyun Mi would spar with each member one at a time, and the cast members would win if they managed to hit her at least once within five minutes.

Her first competitor was Cha Eun Woo, who was adorably polite to her in the ring. After getting hit, Cha Eun Woo immediately requested a member switch, but his request was hilariously denied by his fellow cast members, who encouraged him to keep going. 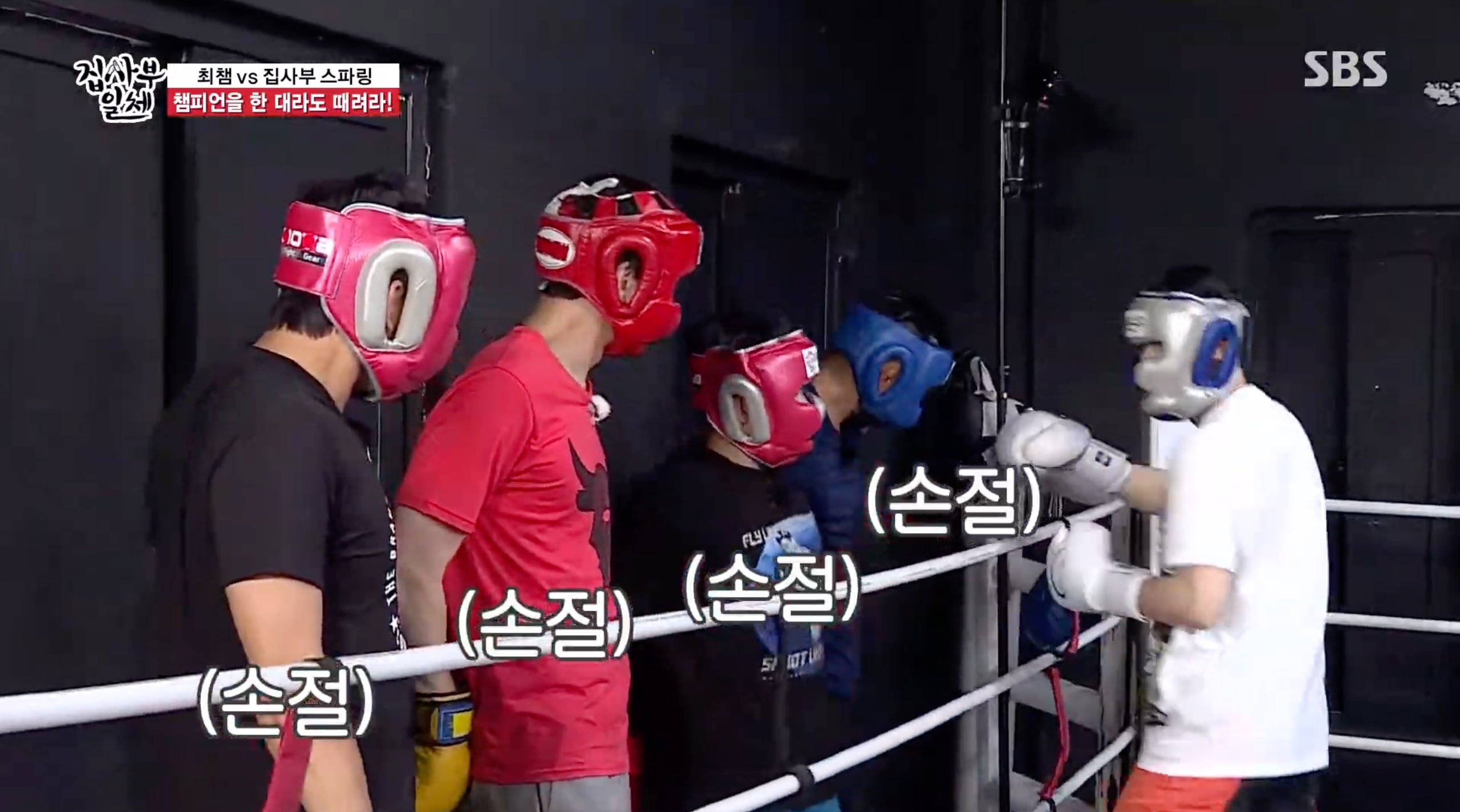 After seeing Shin Sung Rok struggle, Yang Se Hyung jumped in and showed off his incredible skills at dodging Choi Hyun Mi’s punches. After switching with Lee Seung Gi, Yang Se Hyung hilariously shouted, “Seung Gi! I made her lose all her energy!” Despite this encouragement, Lee Seung Gi was easily forced out of the ring.

Last but not least, the members sent in Kim Dong Hyun, who had commented earlier, “Isn’t is a bit unfair for me to go in?” To “avenge” his fellow cast members, Kim Dong Hyun worked hard to get a hit in. He implemented an unusual technique of holding his hands behind his back, which got Choi Hyun Mi to move in closer. With only 15 seconds left of their five minutes, Kim Dong Hyun was able to successfully target Choi Hyun Mi, leading to a win for the cast members! 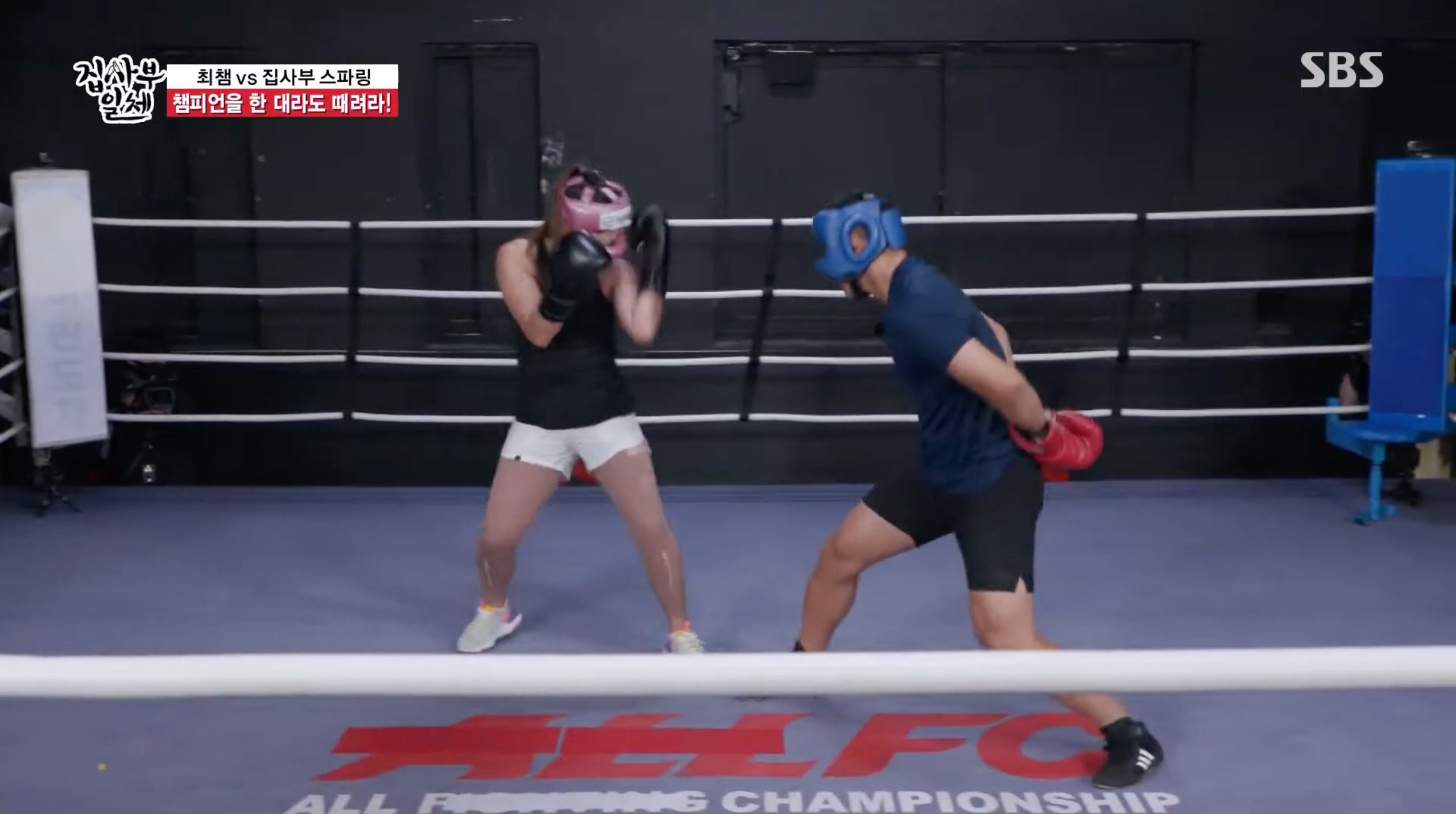