Choi Jin Hyuk will star as Kim Moo Young, the titular zombie detective, who struggles to adapt to his new life and coexisting with humans. Meanwhile, Park Ju Hyun will play the role of Gong Seon Ji, a writer for an investigative journalism program.

On August 17, the upcoming drama released a poster that highlights the stark contrast in personality between its two leads, who couldn’t be more different. Holding up a flashlight in one hand, Gong Seon Ji appears to be eagerly investigating a crime scene with a fierce look in her eye, hinting at her unrivaled determination and tenacity when it comes to justice.

On the other hand, Kim Moo Young appears noticeably mellower than the human Gong Seon Ji, sitting calmly on a desk as he prepares to break any preconceived notions about zombies. The captions also hint at his not-so-scary personality, with Gong Seon Ji asking, “There’s a zombie in our eventful neighborhood?” and Kim Moo Young responding, “That’s me… hehe.”

The unlikely duo breaks stereotypes about humans and zombies in more ways than one: not only is Gong Seon Ji tougher and more fearless than any zombie, but Kim Moo Young is also hilariously better-dressed than his human partner. While the zombie sports a chic trenchcoat over a collared shirt and trousers, Gong Seon Ji—who can’t be bothered to pay attention to fashion—is dressed casually in sweats. 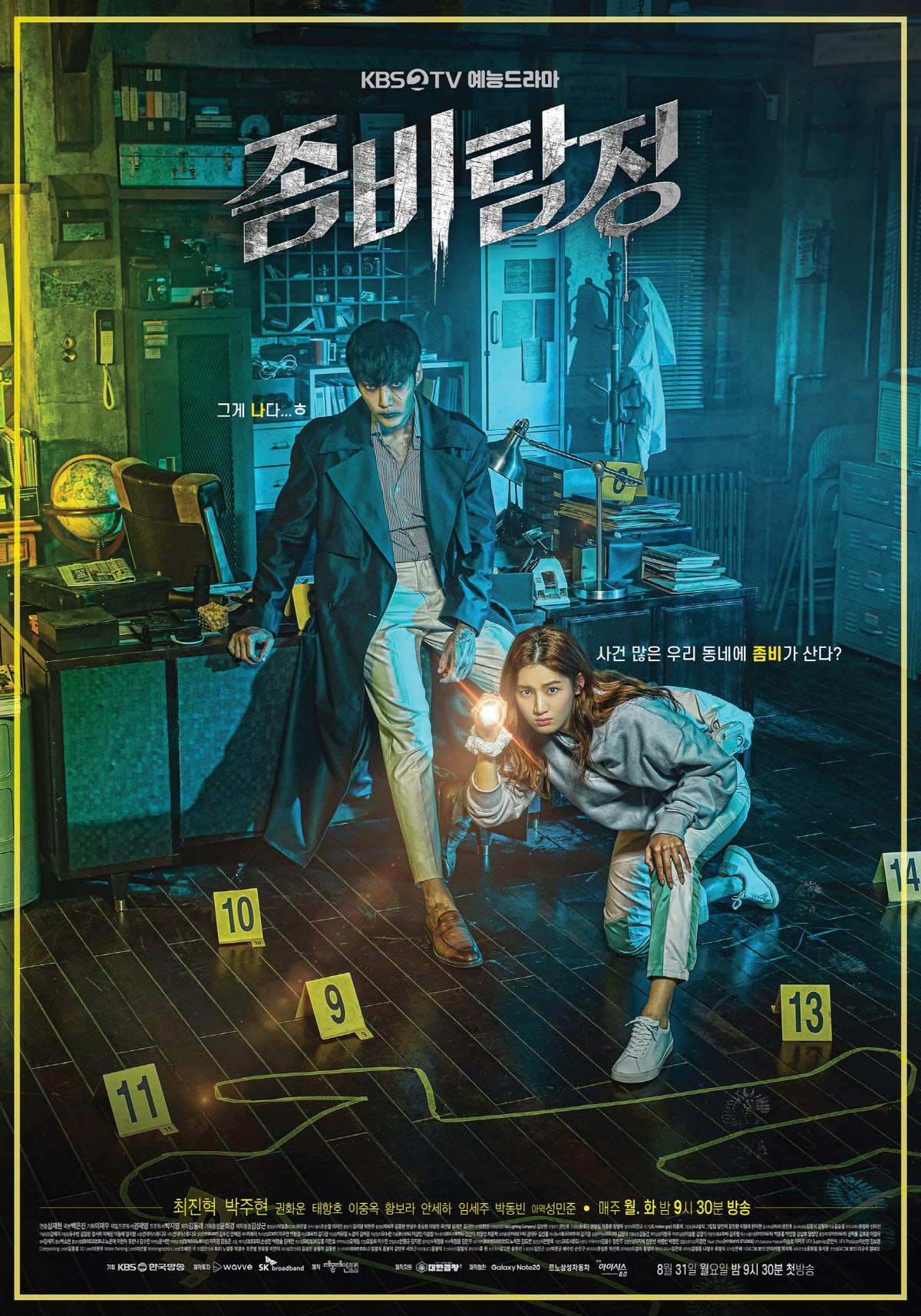 In the meantime, watch Choi Jin Hyuk in his drama “Justice” below!