The cast of “Love Revolution” teamed up with Dazed magazine for a pictorial and interview! 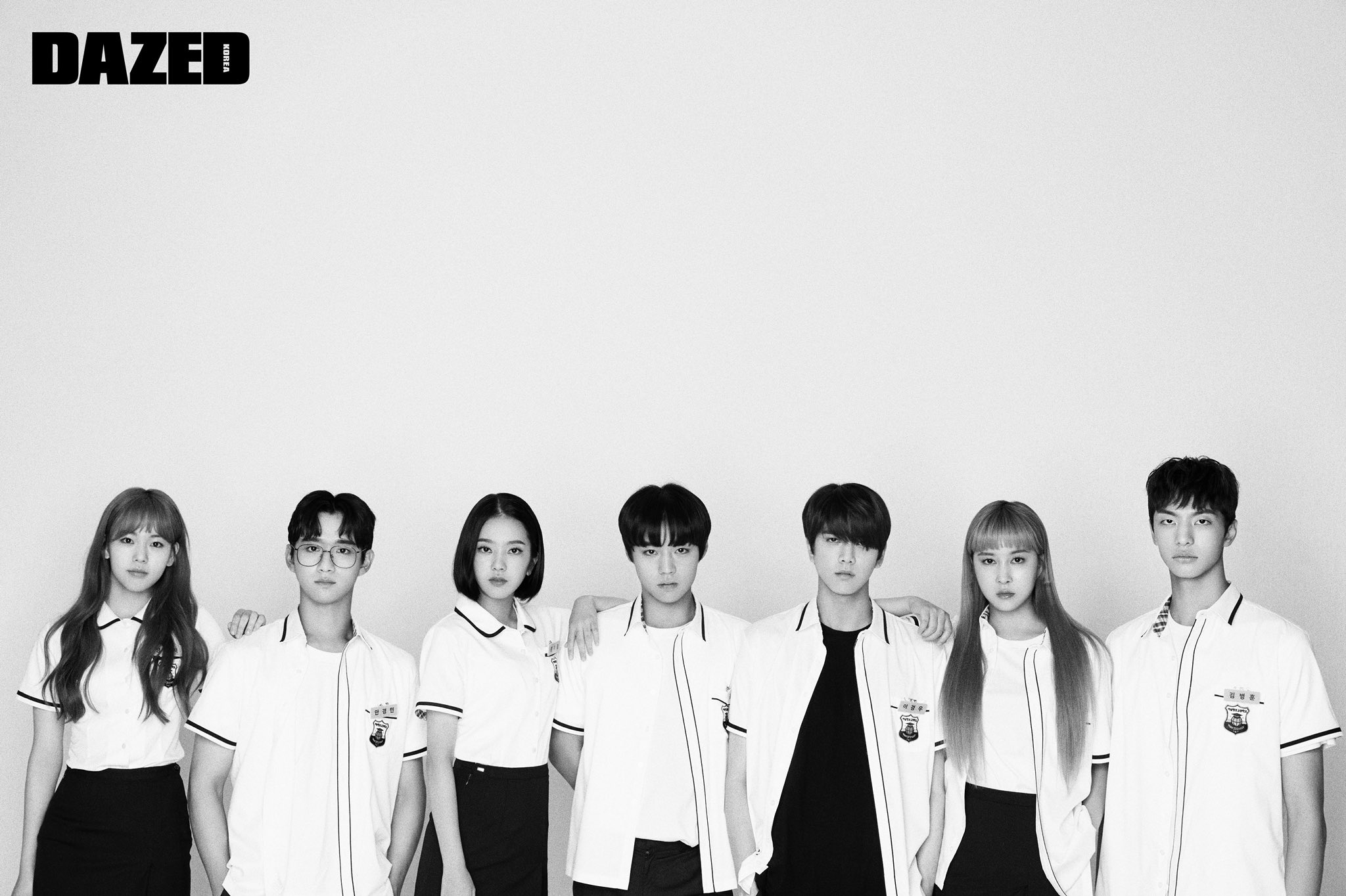 Park Ji Hoon will be taking on the leading role of Gong Ju Young and will be joined by Lee Ruby playing Wang Ja Rim.

In the interview, Park Ji Hoon shared how he felt playing the main character of a webtoon he loved to read. He said, “I ended up getting the lead role while I was reading through the series again. It feels great. However, on one hand, it was scary as well because I felt pressured.” 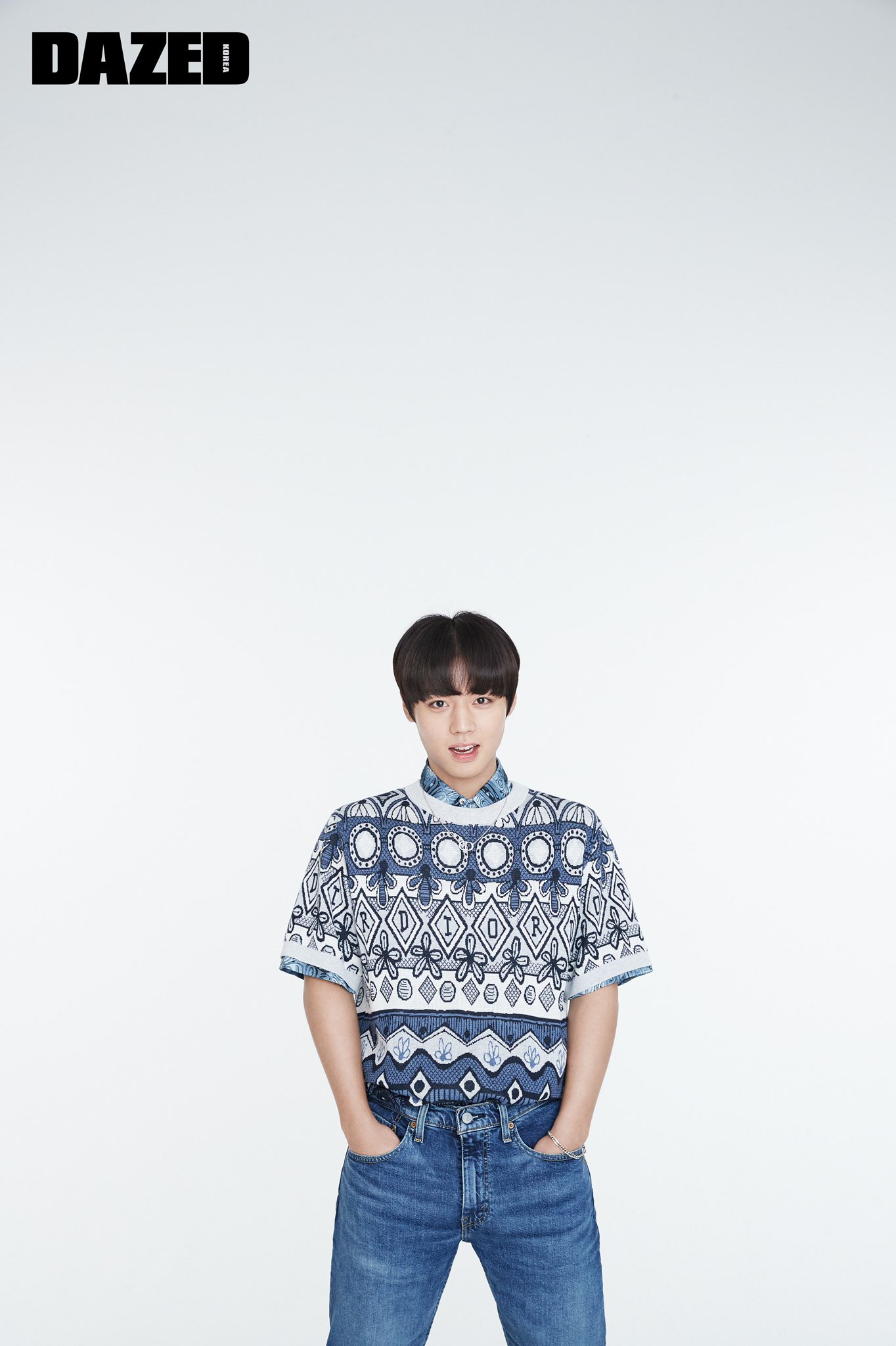 He continued, “I felt the pressure to do really well since we’re recreating a story where the original was already very popular. I think that this feeling is something I need to overcome. That’s why I worked even harder to take on acting and filming ‘Love Revolution.'” 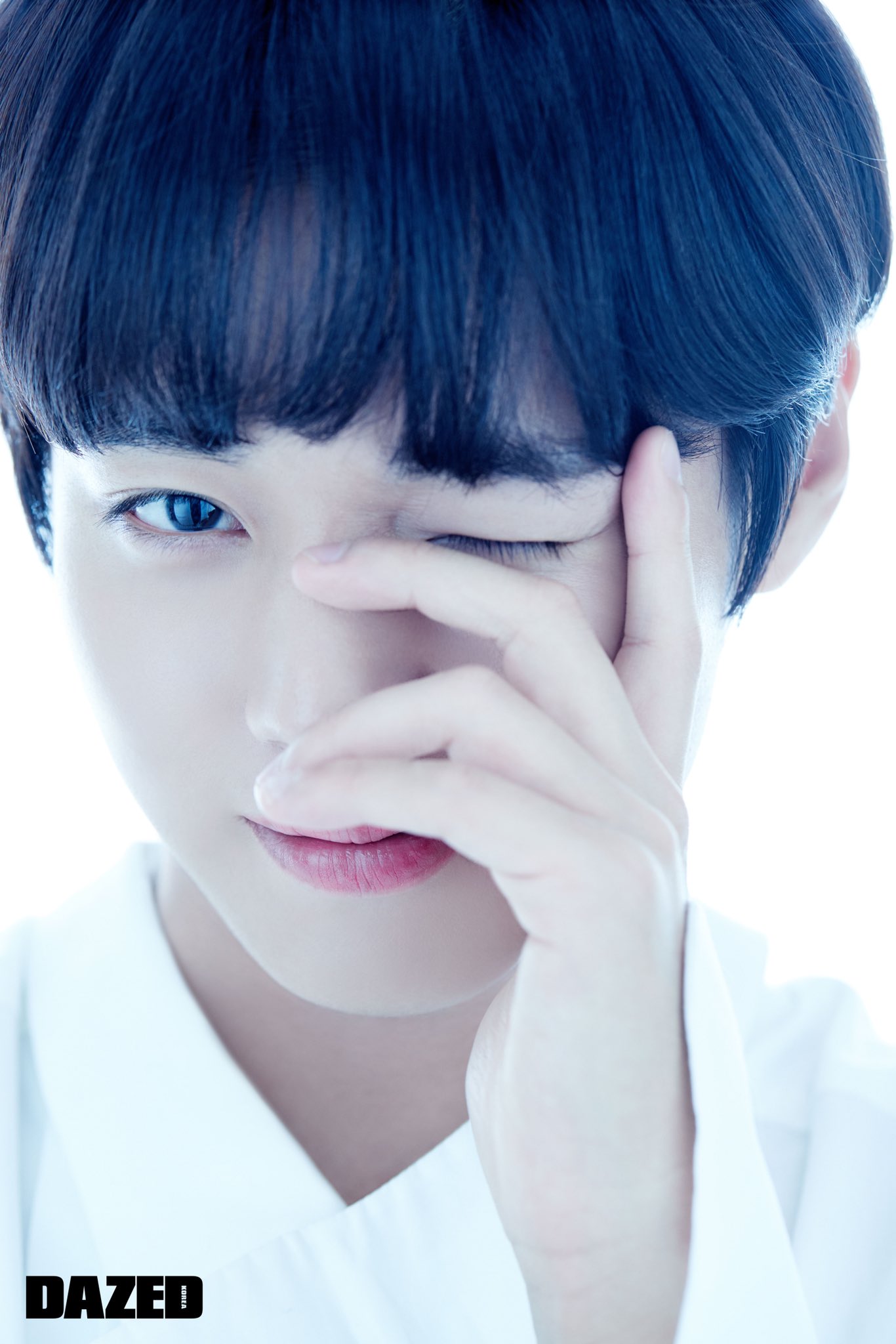 Lee Ruby talked about her first time starring in a drama as the leading role. “It’s really amazing and an honor to be portraying one of the main characters of a webtoon I enjoyed reading,” she said. “I also feel pressure over whether I’ll really be able to do well or not. I even received coaching from an acting teacher, and when I’m short on time or if I can’t leave my house, I study my character Wang Ja Rim at home.” 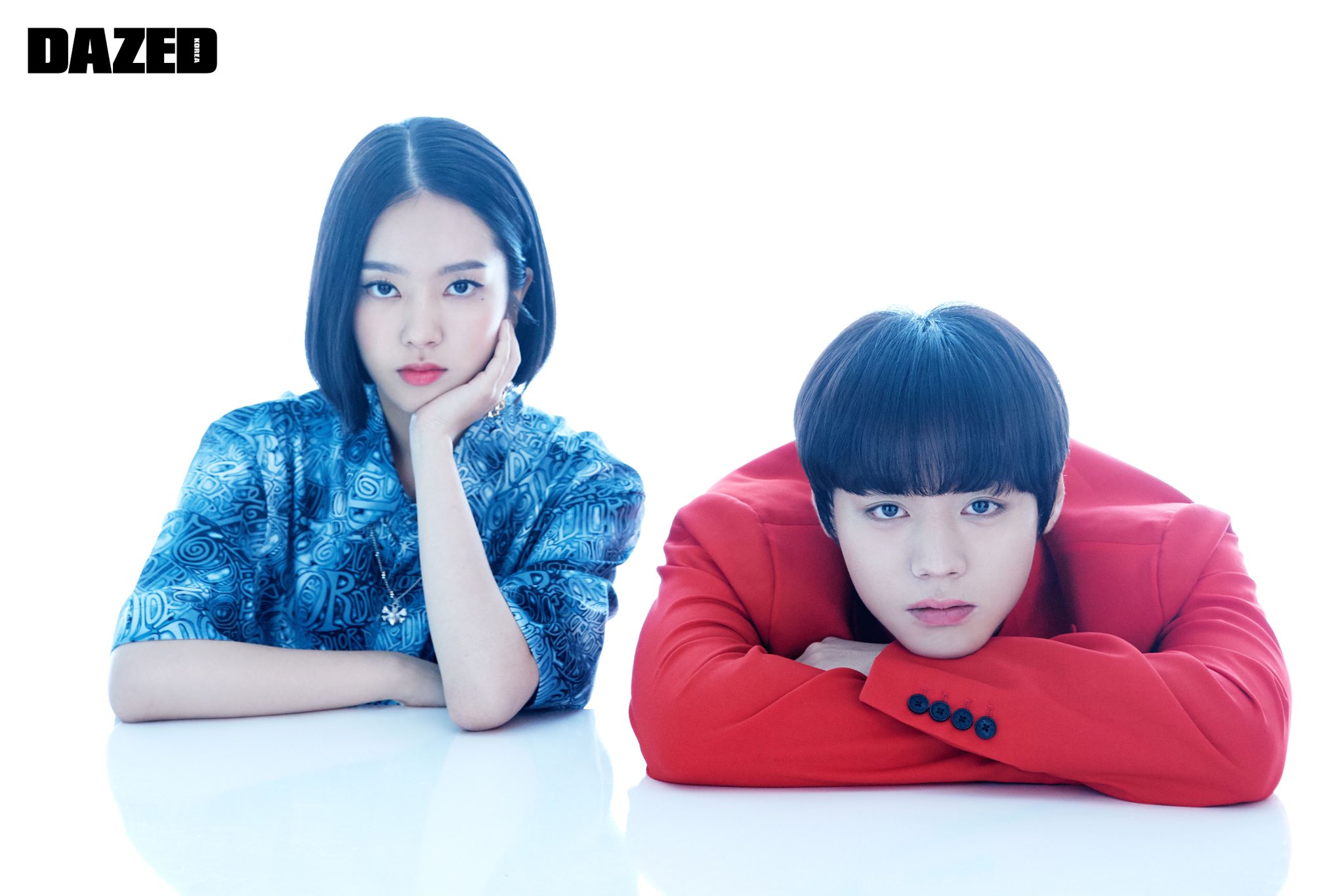 He said, “To Lee Kyung Woo, Gong Ju Young is a friend that Kyung Woo wants to keep by his side and protect forever, but he ends up liking his friend’s lover. Lee Kyung Woo can’t say anything to anyone and ends up crying alone.” 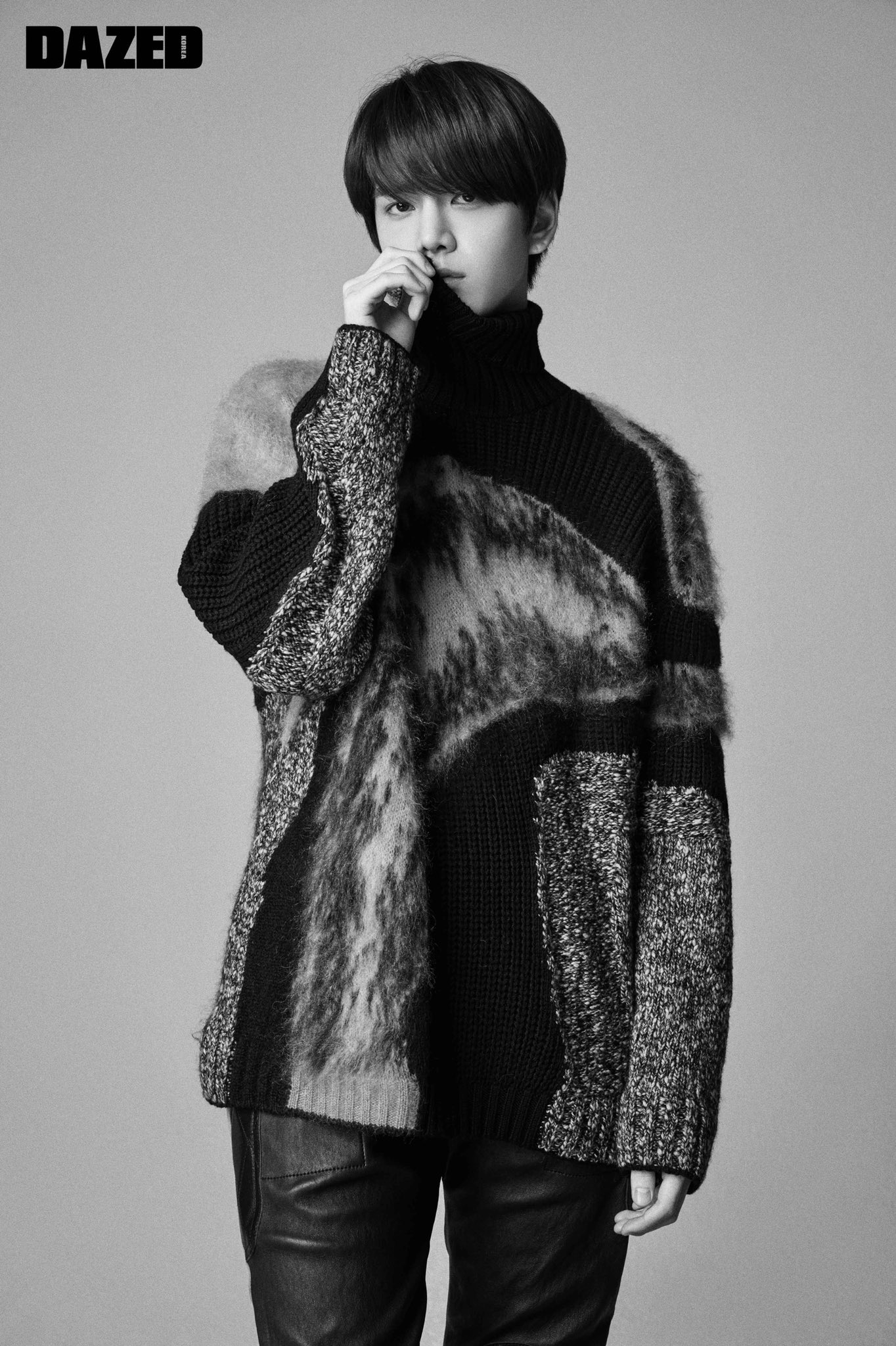 Jung Da Eun shared her first impression of her character Yang Min Ji. “I thought she was simple,” Jung Da Eun said. “But I found out while acting how multidimensional and difficult she is as a character. Yang Min Ji is someone who doesn’t show her emotions much and bottles everything up inside. Even the director said, ‘Min Ji is a character who is so difficult to portray.'”

WJSN’s Dayoung plays Wang Ja Rim’s friend Oh Ah Ram, a popular girl who is athletic and easy-going. The interviewer mentioned that the cast has filmed about 40 percent of the drama so far, and Dayoung talked about how she’s used to her character now. “Oh Ah Ram is tough,” she said. “She doesn’t say much either. She’s the most mature character. I go into ‘Ah Ram mode’ when I’m filming.”

She continued, “Oh Ah Ram is also someone who makes me think that the biggest difference between the drama and the webtoon is how different Oh Ah Ram is in each. I think I’d say that she’s more innocent and energetic [in the webtoon]. When comparing her to the character in the original webtoon, Oh Ah Ram can seem like a different character, but I trust our director’s decisions.” 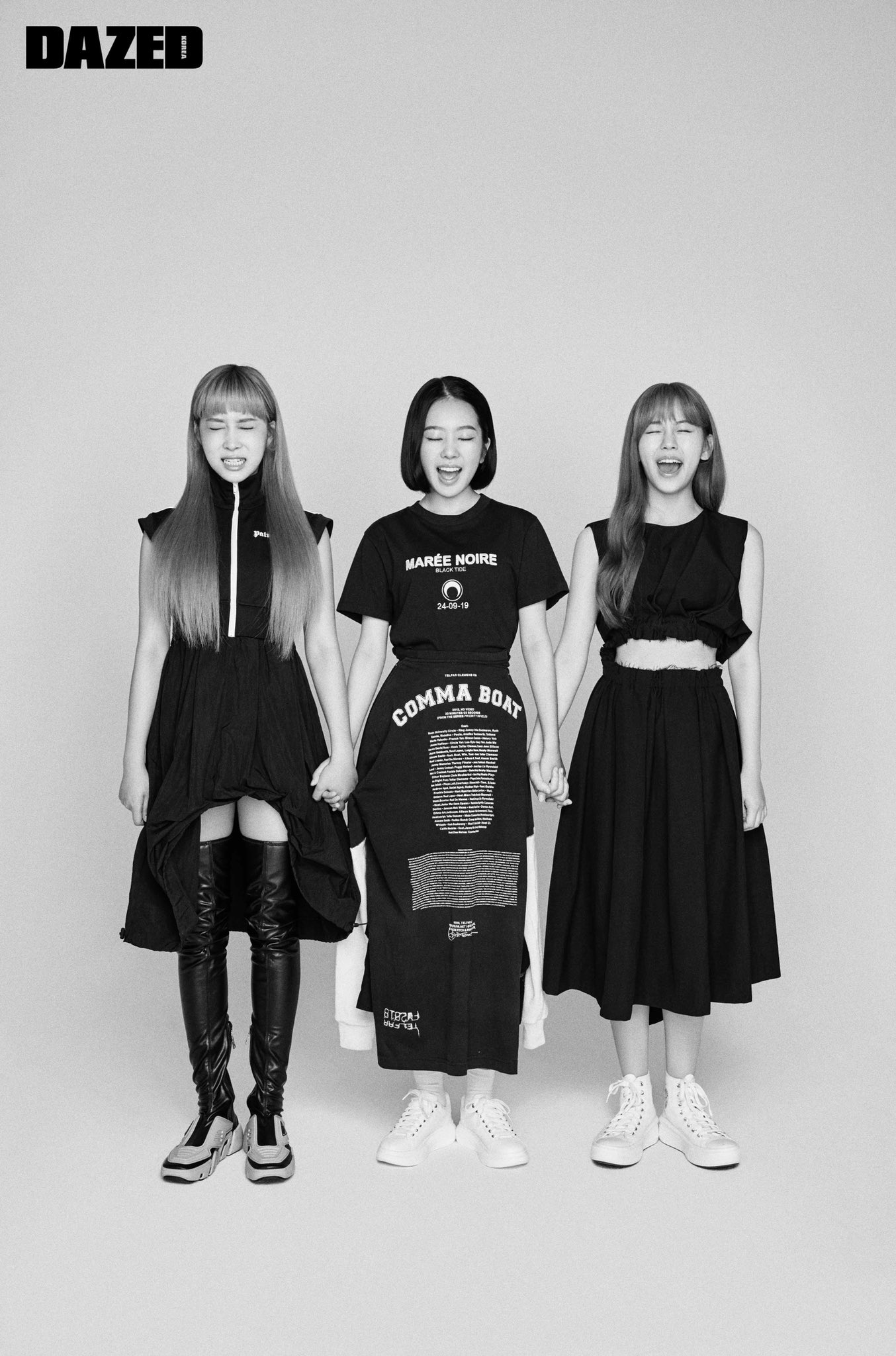 Ahn Do Gyu, who has been acting since he was a child, talked about working for the first time with actors his age in “Love Revolution” as the character Ahn Kyung Min. He said, “Before this, I worked with big senior actors, and there were a lot of times I acted while being incredibly nervous on my side of the set. I was more excited on my way to the set of ‘Love Revolution’ because I’m able to act with people my age and portray a character from a story that is close to our real lives. I was obviously happy to film my previous works, but I’m even happier that it’s my first time on set with everyone being the same age as me.” 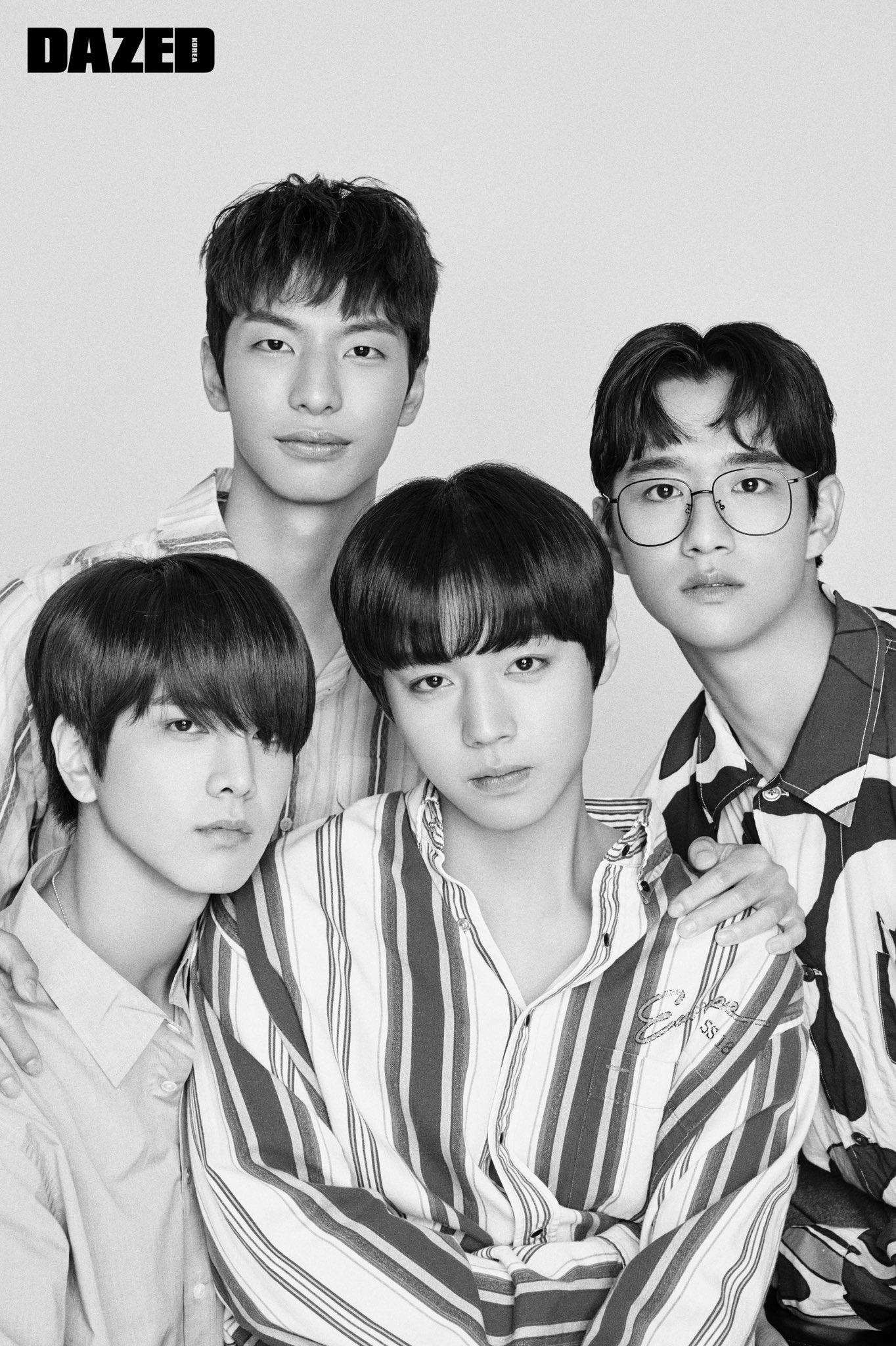 Ko Chan Bin commented on making his acting debut with “Love Revolution” as the bright and funny character Kim Byung Hoon. He said, “Every aspect is new to me. I feel scared, but I’m looking forward to it. I feel more excited than scared. I also think that I’ll feel empty when I look back on this because I’ve filmed after not sleeping well, and I’m working together with my same-age friends.”

The full pictorial and interview can be found in the September issue of Dazed.

“Love Revolution” will have 30 episodes that are about 20 minutes each. The drama will premiere this year on a new video platform from KakaoTalk and will be available on Viki.