The drama stars Jin Kyung, Kim Sun Young, In Gyo Jin, WJSN’s Bona, Ryeo Woon, Han Bo Reum, Jeon Sung Woo, Kim Shi Eun, and more, and it will tell the story of the various people who gather at a house called Samkwang Villa that’s run by Lee Soon Jung (Jeon In Hwa). The drama will show how these people who started off as strangers begin to open up their hearts and love one another. The story conveys the message that no matter how tough the world gets, the warm seed of love still exists in human relationships and will always be priceless.

Lee Soon Jung, the eldest of the villa, has three children. The oldest is daughter Lee Bit Chae Woon, who will be played by Jin Ki Joo. Next is the smiley Lee Hae Deun, who has been confirmed to be portrayed by WJSN’s Bona after she was first in talks for the drama back in April. Outside, Lee Hae Deun is neat, haughty, and elegant, but at home, she is clumsy and lazy. Despite being two-faced, no one can hate her because she treats everyone with irresistible aegyo (acting cute). Last but not least is the youngest son Lee Ra Hoon, played by Ryeo Woon. Lee Ra Hoon works hard at his delivery job, but he is keeping a big secret from his family: he’s not attending college like his family thinks he is.

Kim Sun Young plays Lee Soon Jung’s younger sister Lee Man Jung, who is living with her in the villa. Thanks to the support of her older sister, Lee Man Jung became a doctor, but she’s more clueless when it comes to love, falling for any man easily.

Meanwhile, In Gyo Jin will portray trot singer Kim Hwak Se, whom Lee Soon Jung’s children call “uncle.” Kim Hwak Se spends his time as a DJ at a club, playing guitar for a band, working as a vocal trainer, and more.

There are some candidates to be the next tenant in Samkwang Villa. One of them is the mysterious Hwang Na Ro (played by Jeon Sung Woo), who is a skilled liar. Next is Cha Ba Reun, who will be portrayed by Kim Shi Eun. Cha Ba Reun is a real student at the college that Lee Ra Hoon is pretending to attend.

Moving onto a different household, Jung Bo Suk will play Woo Jung Hoo, the president of a large corporation and the head of his family. Lee Jang Woo will be Woo Jae Hee, the son of Woo Jung Hoo who cannot get along with his father and moves out. His mother is Jung Min Jae, played by Jin Kyung.

Furthermore, Hwang Shin Hye will play Kim Jung Won, the CEO of a fashion company. Her smart daughter Jang Seo Ah will be portrayed by Han Bo Reum. Jang Seo Ah is the confident general manager of her mom’s company, but she transforms once she’s in front of the guy she loves. 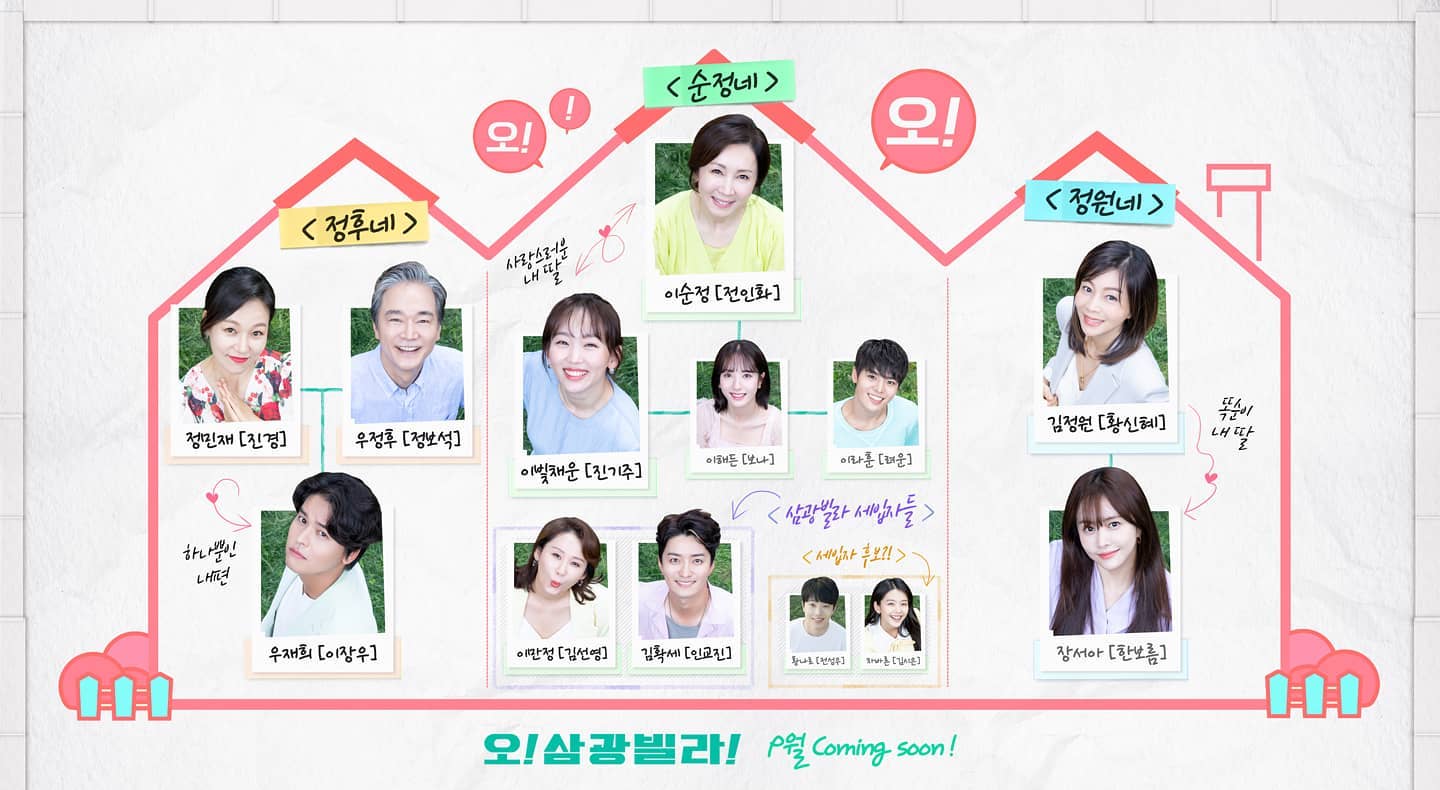 The drama’s production team commented, “With Samkwang Villa as the background, we plan to tell the uproarious story of the characters as each of them makes new connections. We will share diverse content in the future, and we plan to reveal moments that preview romance and conflict. Please look forward to it.”

“Homemade Love Story” is slated to premiere in September as the follow-up to “Once Again.”

Watch the latest episode of “Once Again” on Viki!