Im Soo Hyang, Ji Soo, And More Discuss Their Characters And What They Found Captivating About “When I Was The Most Beautiful”

MBC’s upcoming Wednesday-Thursday drama “When I Was the Most Beautiful” is premiering tonight!

“When I Was the Most Beautiful” will tell the heartbreaking love story about two brothers who love the same woman and the woman who is the subject of their affection. Im Soo Hyang takes on the role of Oh Ye Ji, a ceramic artist who is loved by two brothers Seo Hwan (Ji Soo) and Seo Jin (Ha Seok Jin). Hwang Seung Eon will play Carrie Jung, Seo Jin’s ex-girlfriend who still has feelings for him.

During the event, Im Soo Hyang explained, “I will be playing the art teacher and first love of Seo Hwan, who is played by Ji Soo, and I will also portray a melodrama with Seo Jin, who is played by Ha Seok Jin. Also, I will become rivals with Hwang Seung Eon’s character Carrie Jung.”

Then she described her character, saying, “Oh Ye Ji lived an unhappy life thinking that she would never achieve happiness, but after meeting the two brothers, she finally finds joy and even finds herself a new family in them. She is a pure and innocent character with a painful story, and this drama will portray her journey. Please look forward to seeing how Oh Ye Ji will grow.”

Ji Soo said, “My character Seo Hwan is bright, just like the meaning of his name. He is Seo Jin’s younger brother, and he first meets Oh Ye Ji at school. Simply put, he is a young man who is like organic vegetables, which are rare these days. On top of that, he lives in Yangpyeong, where the air is fresh. He is a pure and innocent person who gives endless love to others, and it may be the influence of the obstacles in his childhood, but he is an altruistic and considerate young man who knows how to make sacrifices.” 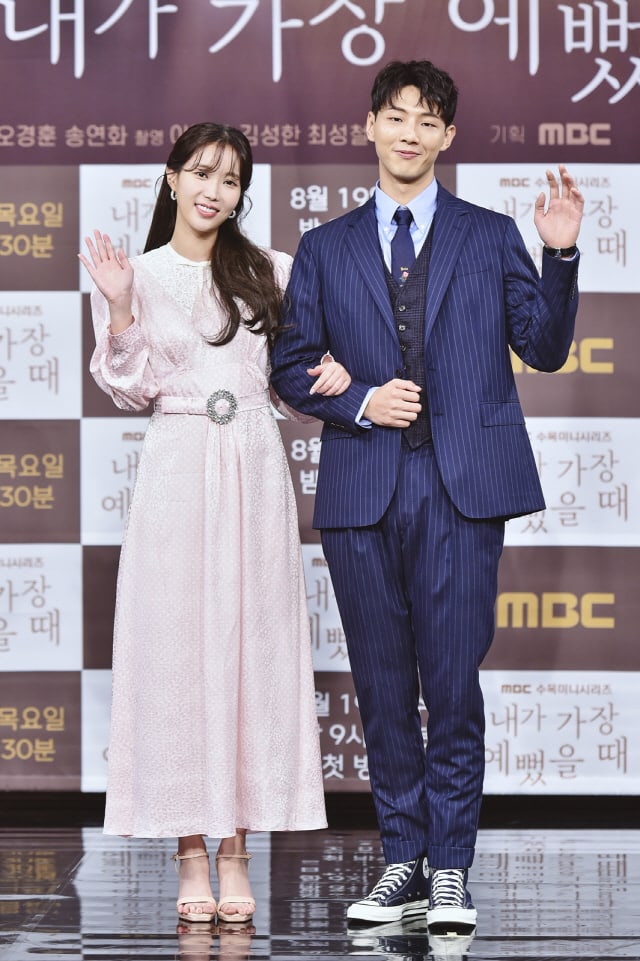 Ha Seok Jin also introduced his character, saying, “Seo Jin is a car racer who is intense like flames. As it says in the character introduction, Seo Hwan is like the soft moon, while Seo Jin is like the fiery sun. When the sun shines, it creates a shade. Just like that, he is a complex character with shadows inside of him. In the beginning, he will charm with his straightforwardness as he approaches Oh Ye Ji, but later on, you will be able to see his darker sides.”

Then Hwang Seung Eon shared, “Carrie Jung is a greedy character who is full of desire and passion. She’s Seo Jin’s ex-girlfriend who is glamorous and feisty, but as the drama goes on, she will become more pitiful and lonely. Oh Ye Ji is someone who receives a lot of love, but Carrie Jung is someone who struggles to be loved. The more I read the script, the sadder I felt for her.” 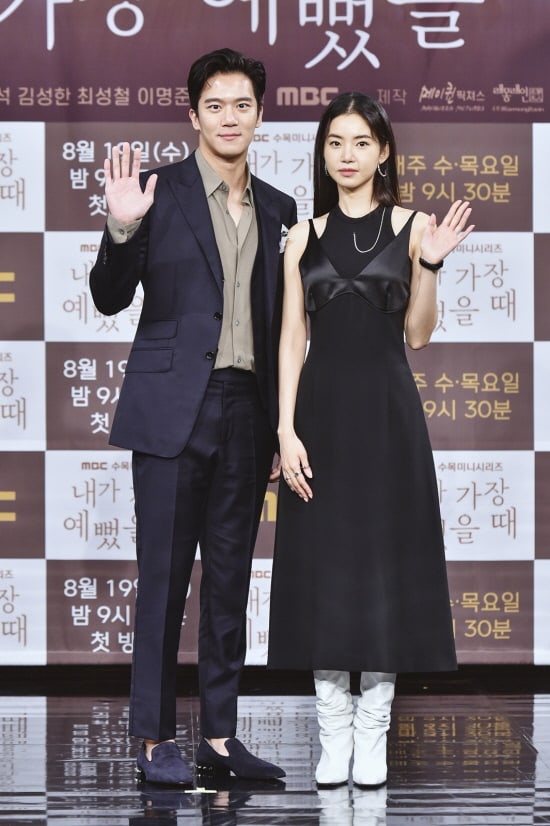 The actors also shared why they chose to star in this drama.

First off, Hwang Seung Eon said, “I really liked the fact that this is an authentic melodrama. Love stories are everywhere. Recently, it’s been hard to find a pure melodrama. I really wanted to take this role, despite the fact that I didn’t have many parts in the beginning. The characters’ love story is beautiful and sad. The scenes are breathtaking, but there are many heartbreaking and sorrowful scenes. I chose to star in this because I felt emotions that are hard to feel these days.”

Then Ha Seok Jin commented, “These days, dramas mostly revolve around romantic comedies, but in this drama, my character experiences deep emotions. I thought I would never be able to meet such a character again, so I decided to take the role. I’m still thinking hard about how to portray my character.”

Ji Soo shared, “When I read the script, it felt like a rare emotional drama, so I became fascinated by it. I believed that there would be many things to learn if I worked with a great director like Oh Kyung Hoon who has been in this field for a long time. Also, I thought that just being able to be named along with such great actors like Im Soo Hyang, Ha Seok Jin, and Hwang Seung Eon was great. I feel blessed.”

Lastly, Im Soo Hyang said, “As soon as I received the script, I read all four parts at once and begged for the fifth one. That was how much I was immersed into it. It was like a novel and a refreshing midsummer night’s dream. I dreamed of becoming an actor while watching dramas like ‘Phoenix’ and ‘What Happened in Bali,’ and through this work, I felt the emotion of those dramas. I chose to appear in this project because I thought it would be great if I can portray the emotions of the dramas back then and show them to the viewers.”

“When I Was the Most Beautiful” will premiere on August 19 at 9:30 p.m. KST and will be available on Viki.