Shownu Describes MONSTA X’s Close Relationship, Reflects On Their Career So Far And Future, And More

MONSTA X’s Shownu teamed up with Cosmopolitan to celebrate the magazine’s 20th anniversary!

In the pictorial, Shownu showed off strong but relaxed looks, sporting casual outfits and a natural hairstyle. Following the photo shoot, Shownu talked about his thoughts on MONSTA X’s future, what he admires in others, and more in an interview.

Shownu first shared that he’s very touched to be collaborating with Cosmopolitan for their 20th anniversary as the cover model. 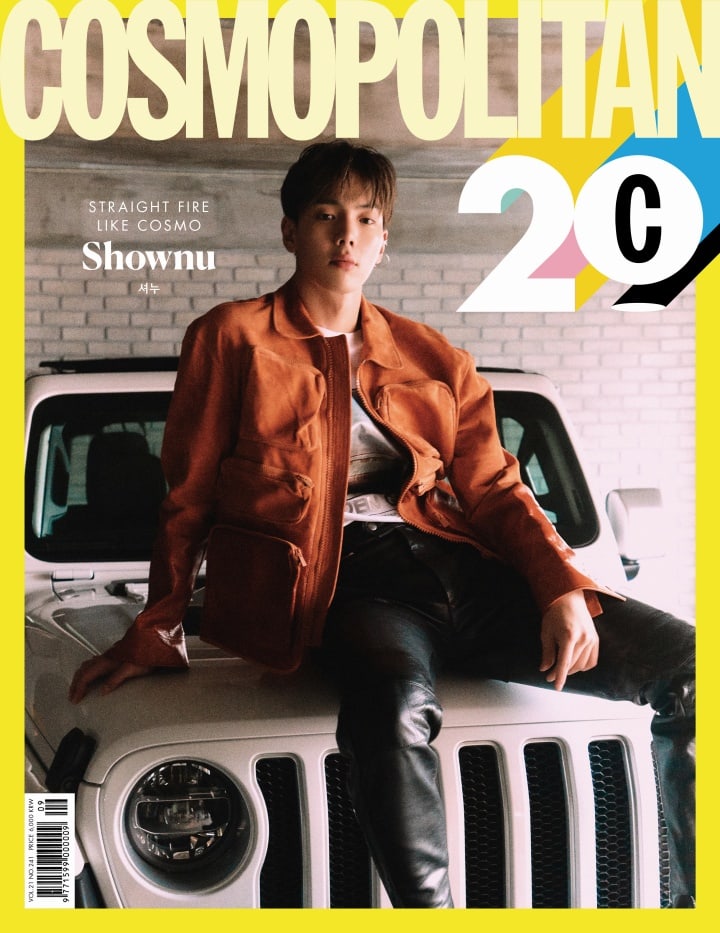 Shownu also talked about his own anniversary, as MONSTA X recently celebrated their fifth year since debut. He said, “I don’t feel like we’ve been active for that long. I can’t say that I feel the same way I did when I was a rookie, but I’m currently just working in a way that’s not very different from back then.”

Shownu shared his thoughts on MONSTA X’s future, considering the “7-year jinx” that most idol groups face when their seven-year contracts end. He said, “All our members have passion. We believe that we can become better. Even when we practice, we work really hard. When we were promoting in the United States and reached No. 5 on the Billboard charts, we asked ourselves, ‘Aren’t we going to end up living in the United States at this rate?'”

He added, “Even if one could say that we did work hard, I think it’s really incredible that we’ve achieved that much.”

Shownu then mentioned that MONSTA X doesn’t think about their future too much with a specific goal in mind. “In difficult times like these due to COVID-19, we’re happy enough just by preparing for concerts and showing ourselves to our fans,” he said.

He also showed some love to his MONSTA X members. “No matter how many friends I have, my members are the only people that I can be really honest with,” Shownu said. “We spend a lot of time with each other even when we’re not working because we live in the dorms together. We have good little conversations with each other, and since we’re pros, we know how to take care of our work when we need to.” 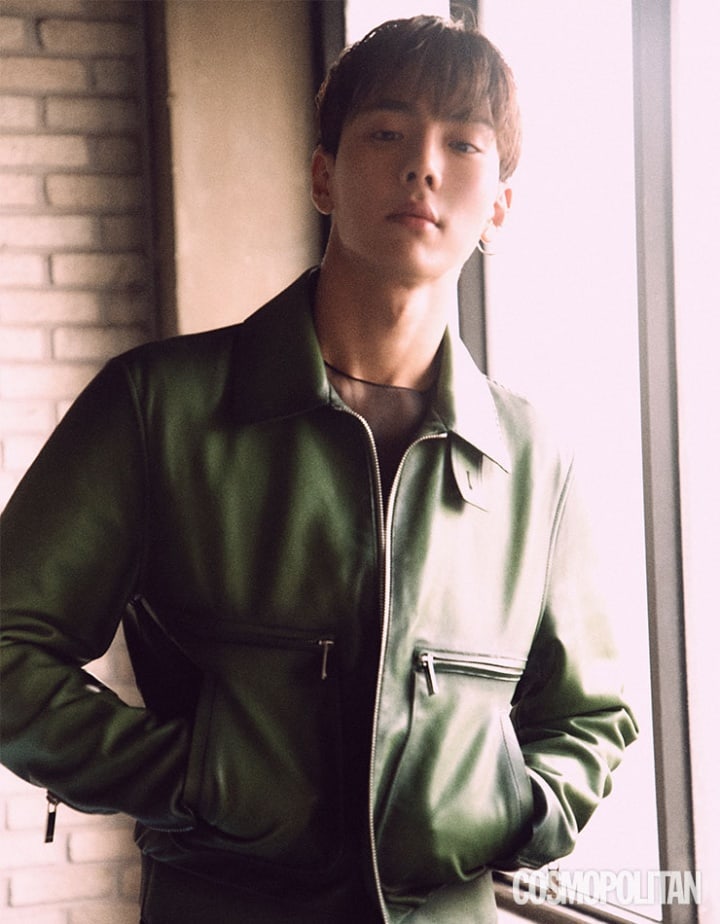 Later, when the interviewer mentioned that Shownu doesn’t seem to show a lot of drastic changes in emotion, Shownu shared what makes him happy. “My fans often tell me, ‘I’m happy because of Shownu,'” he said. “Besides that, I think other messages, whether they’re good or bad, are things people say because they’re at least interested in me.”

In the spirit of Cosmopolitan’s 20th anniversary, Shownu was asked to share something he regrets from his days as a 20-year-old. Shownu answered, “Things that I can’t do now would not have been okay for me to do back then as well.” He then added with a laugh, “If I had to choose something, maybe it’d be acting cute.”

Shownu also talked about what he admires in others. He said, “Loving oneself — that’s what I want to do, but I’m not good at it. I think someone who loves themselves and can find happiness is someone who’s succeeded. Those kinds of people are passionate and work hard at everything. On the other hand, I’m chasing after life. I’m always thinking, ‘What do I have to do now?'”

Lastly, he shared his personal goals for his future. “Including me, I hope all of MONSTA X will age well, and even 20 years later, I want to still be trendy and active in the industry like [JYP Entertainment founder] Park Jin Young or Usher.”

Shownu’s full pictorial and interview can be found in the September issue of Cosmopolitan.

MONSTA X
shownu
Cosmopolitan
How does this article make you feel?