tvN gave a behind-the-scenes look at the upcoming variety show “The Sixth Sense”!

“The Sixth Sense” is directed by former “Running Man” producing director (PD) Jung Chul Min and stars Yoo Jae Suk, Oh Na Ra, Jun So Min, Lovelyz’s Mijoo, and Jessi. On top of the five members, the show will welcome one guest each week, and the six celebrities will visit locations or figures with unusual backgrounds, finding the fake among the real by unleashing their “sixth sense.”

In some newly released stills from the first episode, Oh Na Ra dances like she’s already used to her first time as a fixed member of a variety show. Jun So Min, Jessi, and Mijoo match her levels of energy with their own dancing. As Yoo Jae Suk appears to be trying to calm Mijoo down, viewers are wondering what kind of chemistry the cast will show. 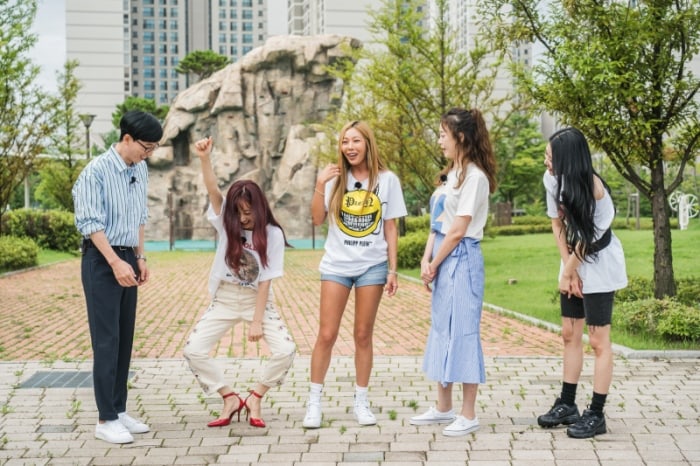 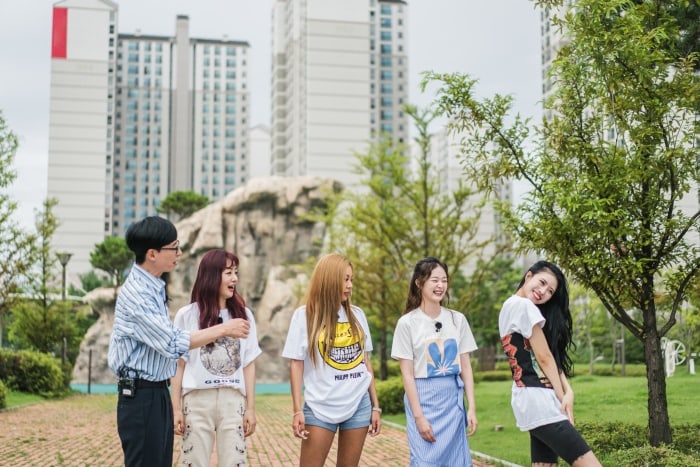 In a teaser for the episode, it’s revealed that the first guest on the show is none other than Lee Sang Yeob, but the cast seems to care more about the winner’s prize than the guest, making viewers laugh. The clip then previews an episode of teamwork, betrayal, and excitement. At the end, the members are shocked when they learn which is the fake among the real, getting fans curious about the surprising outcome.

After filming the first episode, Yoo Jae Suk shared his thoughts on working with his new cast members. “The chemistry with Oh Na Ra, Jun So Min, Jessi, and Mijoo is fantastic,” he said. “Of course I am with them, but the four of them hit it off really well.”

Oh Na Ra rated her chemistry with the other members, giving them a score of 220 points out of 100. Meanwhile, Jun So Min gave them 99 points. “That one point is the beauty of what’s missing,” she said.

Jessi gave a rating of 90 points and said, “No one’s perfect, so I’ll work hard for 100 points.” Mijoo then chose 100 points, sharing, “Even though it was our first meeting, everyone talked like they’ve known each other for a while, so I think our chemistry can receive a score of 1000 points after we keep on filming.”

PD Jung Chul Min commented, “The cast members’ chemistry is getting stronger and stronger over time. During the filming for the first episode, the members were all shocked to find out what was actually the fake that the production team worked hard to create and what surprisingly turned out to be real.”

He continued, “I think this will become a show that will have viewers wondering what is real and fake all while enjoying it.”