Kim Min Jae Talks About Preparing For His Role As A Pianist In “Do You Like Brahms?”

Kim Min Jae shared his thoughts on playing the piano for the new SBS drama “Do You Like Brahms?”

“Do You Like Brahms?” is about the unstable dreams and love of classical music students. The drama is already drawing interest as it will be set in the world of classical music, a theme not often seen in dramas. Kim Min Jae stars as Park Joon Young, a genius pianist who has won multiple international competitions.

In the drama, Park Joon Young is the first Korean pianist to win an award at the International Chopin Piano Competition, and Kim Min Jae talked about how he prepared to take on the role of a piano prodigy.

Kim Min Jae said, “Being a pianist seemed very appealing to me. I really wanted to try portraying Park Joon Young because he’s someone who tours the world performing in recitals, but he’s not always happy. There are times when he appears impressive, but there are also times when he becomes dark. I was captivated by that side of Park Joon Young.” 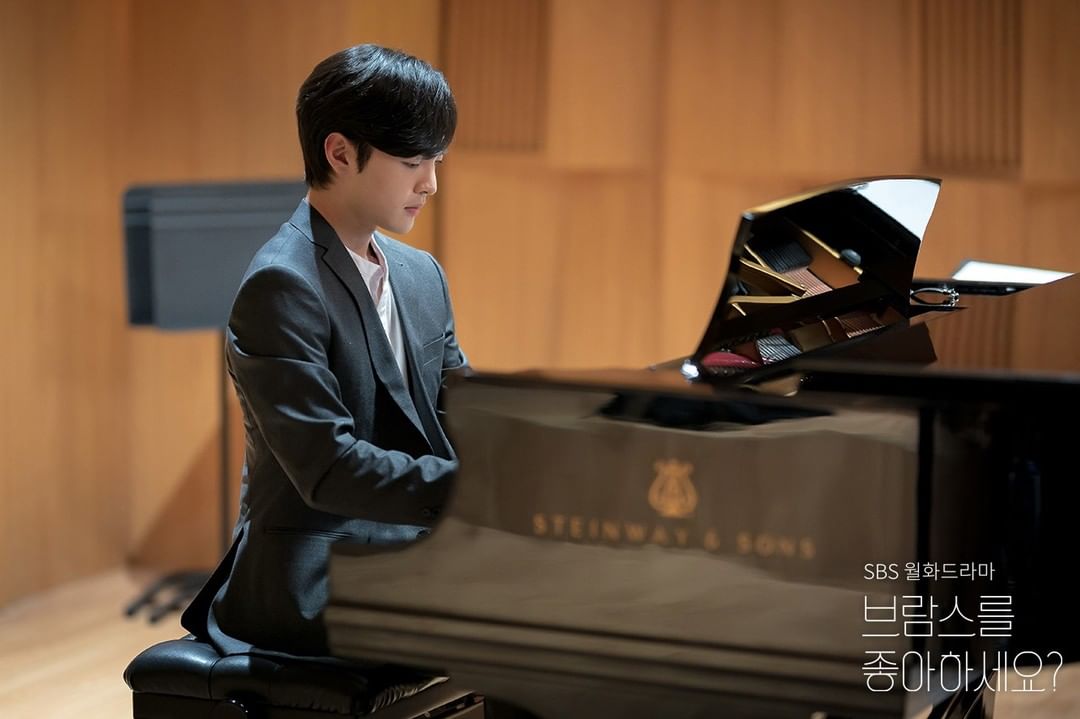 Kim Min Jae had showed off his piano skills in the first teaser of the drama, playing Robert Schumann’s “Träumerei.” The actor revealed that he had focused on practicing the piano for about a month. He said, “If I’m portraying a character who is a pianist, I first have to play the piano well, and that was the most pressuring and difficult part for me.”

He continued, “There wasn’t a lot of time, so I think I practiced almost every day. Even now, I’m still practicing on days that I don’t film.”

Kim Min Jae explained that he had already learned to play the piano in the past. “However, I didn’t have many opportunities to find out more about classical music, and I think the genre was hard for me to approach,” he said. “While I was preparing for the drama, I looked at a lot of sources for help, went to concerts, and listened to classical music. As I did that, I wondered how I was just happening to come across classical music when it’s so fun.”

Kim Min Jae also talked about how he related to his character, who always thinks of others first and hides his own feelings to take care of others. He said, “I can’t say that I’m always like that, but I thought there were a lot of similarities between Park Joon Young and me, so I was able to relate to his emotions while reading the script. In the drama, I’d like to see Park Joon Young experience a lot of things, keep growing, and be happy.”

“Do You Like Brahms?” premieres on August 31 and will be available on Viki.