MBC has confirmed a new pilot variety show for this year’s Chuseok holidays!

Titled “Red-Cheeked Ramyun Lab” (literal translation), the new show centers around searching for new recipes featuring ramyun, which is described as a soul food for Koreans.

The new recipes will be evaluated by the cast of MCs: Sung Si Kyung, a talented home cook; Seo Jang Hoon, known for his brutal honesty; Kim Jong Kook, who loves health food and dislikes instant and processed foods like ramyun; and HaHa, who has unexpected tastes. These four men will be joined by Ham Yeon Ji, who is the eldest daughter of a famous food product corporation. 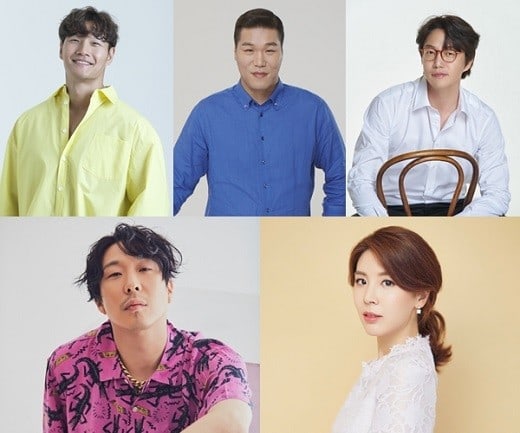 These MCs will visit recipe-makers who range from foreigners working in South Korea who have put their own spin on ramyun to new students at a cooking school.

The pilot will be directed by Yeo Woon Hyuk, who created shows like “The Knee-Drop Guru” and “Ask Us Anything,” and will air during the Chuseok holiday (early October).

Check out Kim Jong Kook and HaHa in “Running Man” below!