MOMOLAND’s Nayun Talks About Her Role Models, Living Apart From Her Members, Dealing With Hateful Comments, And More

MOMOLAND’s Nayun recently participated in a pictorial and interview with bnt International!

When asked what she’s been up to, Nayun explained that she recently wrapped up filming for her web drama “The Police” and is busy practicing with her members.

Although she first made her debut as a singer, the interviewer mentioned that Nayun had originally dreamed of being an actress. Regarding what inspired the switch, Nayun shared, “I initially started out wanting to act, but I became an idol because I also found singing and dancing so much fun. The more I did it, the more I enjoyed it, so I switched.”

Nayun also spoke about the acting genre she wants to try, sharing, “Something unique and scary like a ghost. Something horror, such as seeing ghosts like in ‘Master’s Sun.'” 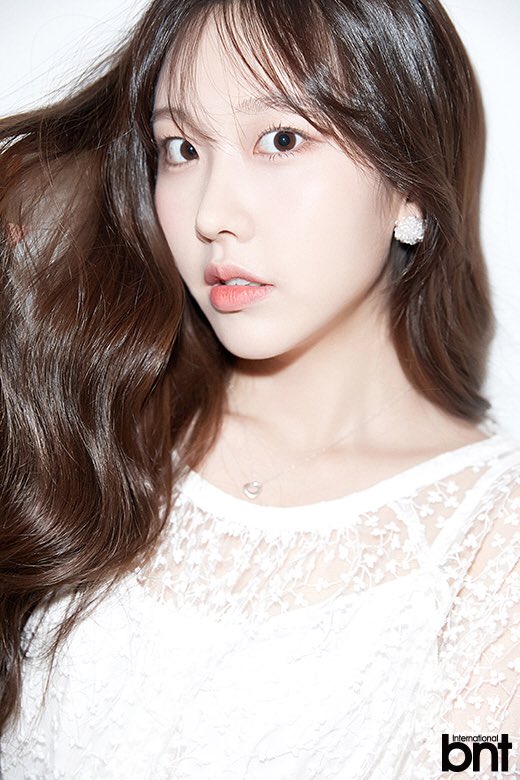 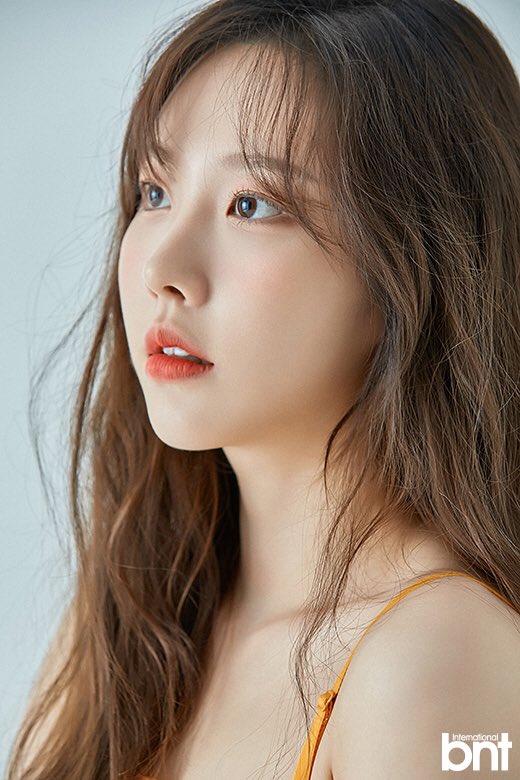 Regarding MOMOLAND’s comeback plans, Nayun commented, “We’re trying to prepare and have been constantly receiving songs. Nothing’s official yet but I think we’ll be able to return within the year.”

Nayun picked “Running Man” as the variety show she wants to appear on, explaining, “I’ve always talked about this but I want to appear on ‘Running Man’ with all my members. We all enjoy being active and I think we’d do well. I don’t like exercising but I enjoy doing stuff outside rather than staying indoors. I enjoy moving around and playing outside.”

The interviewer asked Nayun if MOMOLAND are still living in dorms together. Nayun responded, “It’s been about half a year since I’ve lived separately from my members. Although there are comfortable aspects to living alone, it feels a bit lonely since I spent such a long period of time living with my members. We would order food together and play around. Since I’m apart from my friends who were always by my side like family members, it’s lonely. However, they all live nearby so we meet up often and chat.” 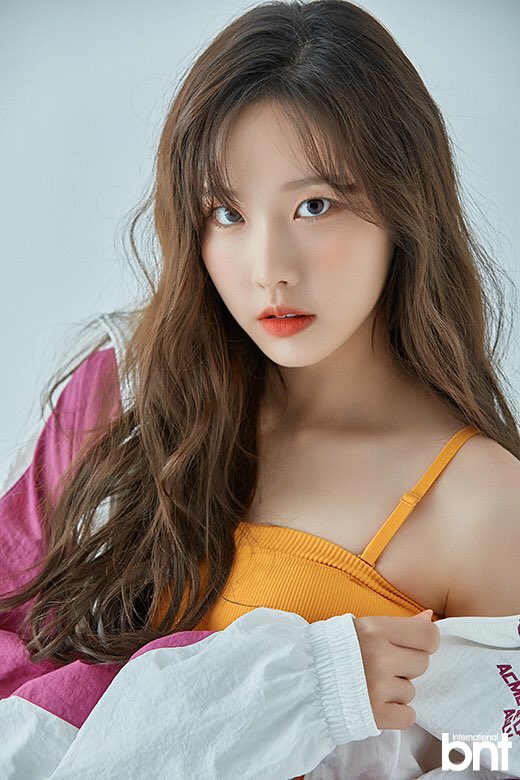 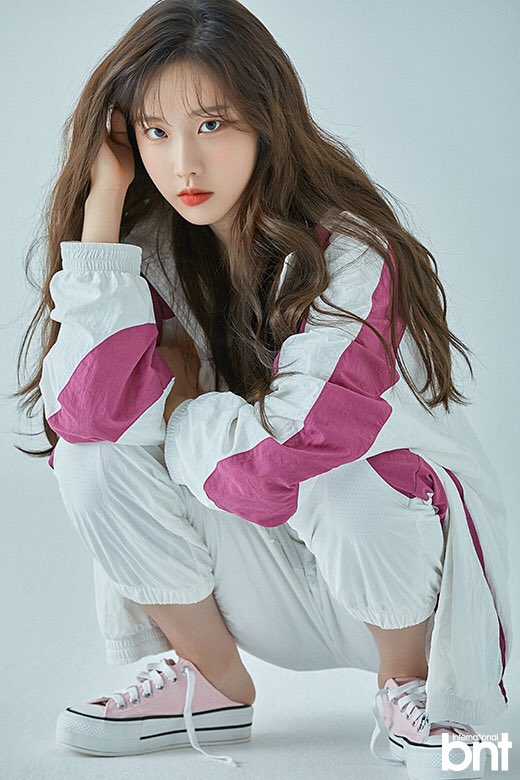 When asked about any hard times while promoting, Nayun mentioned hate comments. She explained, “There were so many hate comments. Rather than calling it a slump, even if I tried not to pay attention, I would always see them if I searched for them. Even among our members, I especially had a lot. Although that was a bit hard, I’ve become more numb to it now and don’t feel hurt. I just think ‘People are all different’ and move on, but I felt really hurt after my debut.”

Nayun was asked to pick her favorite MOMOLAND song, to which she answered, “Bboom Bboom.” “Since it’s the song that allowed us to be here today, I feel most attached to it,” she explained. Nayun added, “I think it’s the best song and I can’t forget the memories from that time. We were so busy and a lot happened that year, so I don’t think I’ll be able to forget them. We were so busy promoting for nearly 13 weeks but every single moment was so memorable.”

She mentioned being unable to feel MOMOLAND’s popularity firsthand because they didn’t have many opportunities to go out on their own. However, Nayun shared, “I received a lot of calls from my friends in the military and just those around me. My friends would see our popularity and reach out to me. That’s when I felt our popularity a lot.” 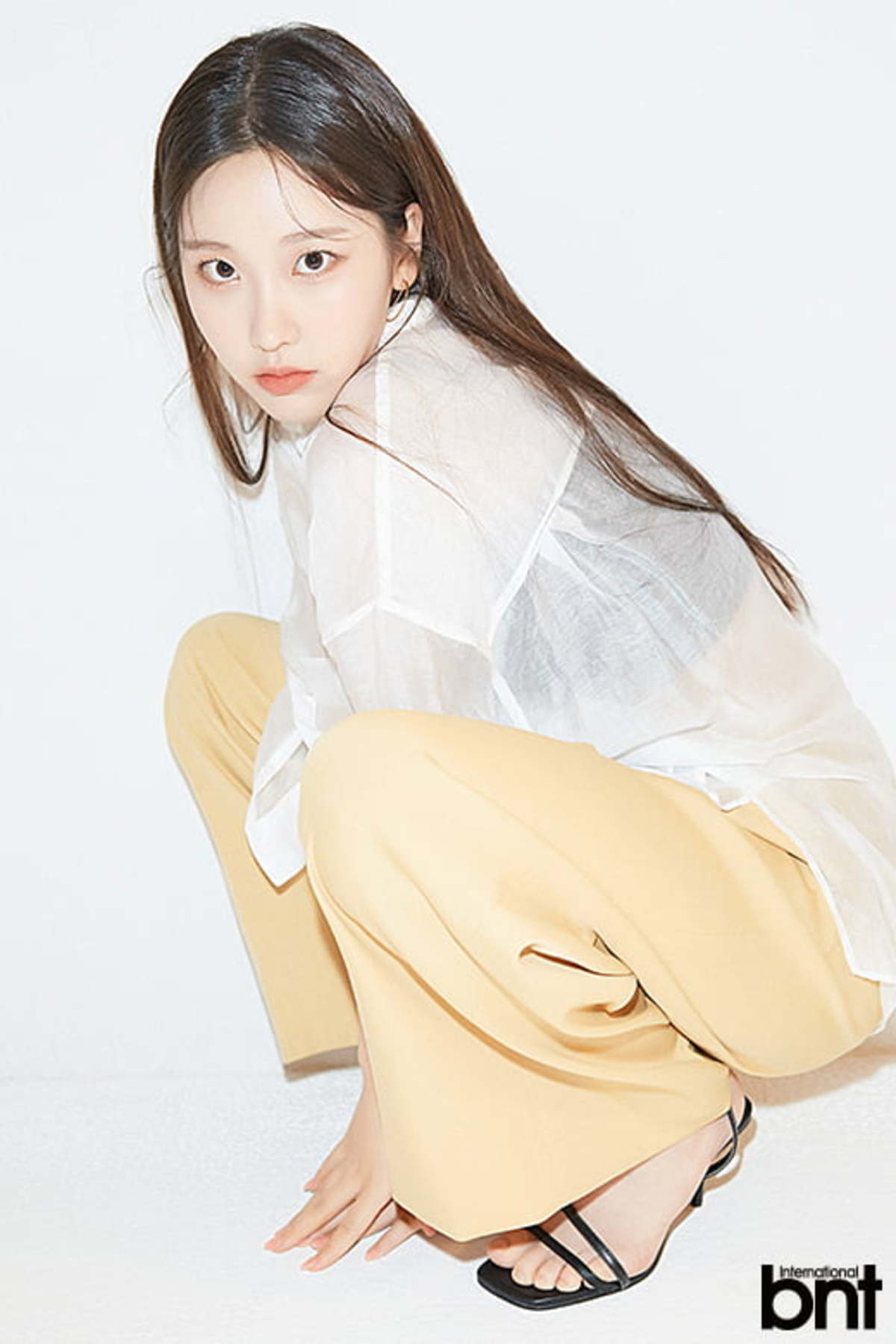 Lastly, as a message to her fans, Nayun shared, “I always want to and try to show a good image for Merrys [nickname for MOMOLAND’s official fan club] but I don’t think it’s enough. I want to work harder and fulfill your expectations. Thank you so much for staying by my members’ and my sides, watching over us, and supporting us. In the future, it would be great if you continued to stay with us.”

MOMOLAND
BNT International
Nayun
How does this article make you feel?