The interviewer pointed out that many actors feel uncomfortable on variety shows because it’s different from acting and they have to continuously be on camera for a long time. To that, the idol-turned-actor shared, “That’s true. That could be possible. But for me, I was on variety shows as soon as I debuted. I even went to Africa to dig wells on ‘Sunday Night.’ It was really difficult and tiring, but as time went by, I realized that variety shows don’t consume a lot of emotions.”

Yoon Doojoon also talked about feeling more relaxed on variety shows than before. He explained, “It’s a lot easier now because no matter what show I do, there are people I’ve met before and worked with. That part makes me feel more at ease. However, I’m still working on my timing when I’m filming with the senior celebrities. However, I’m not as impatient or nervous as before. Like I mentioned before, it’s just physically tiring.” 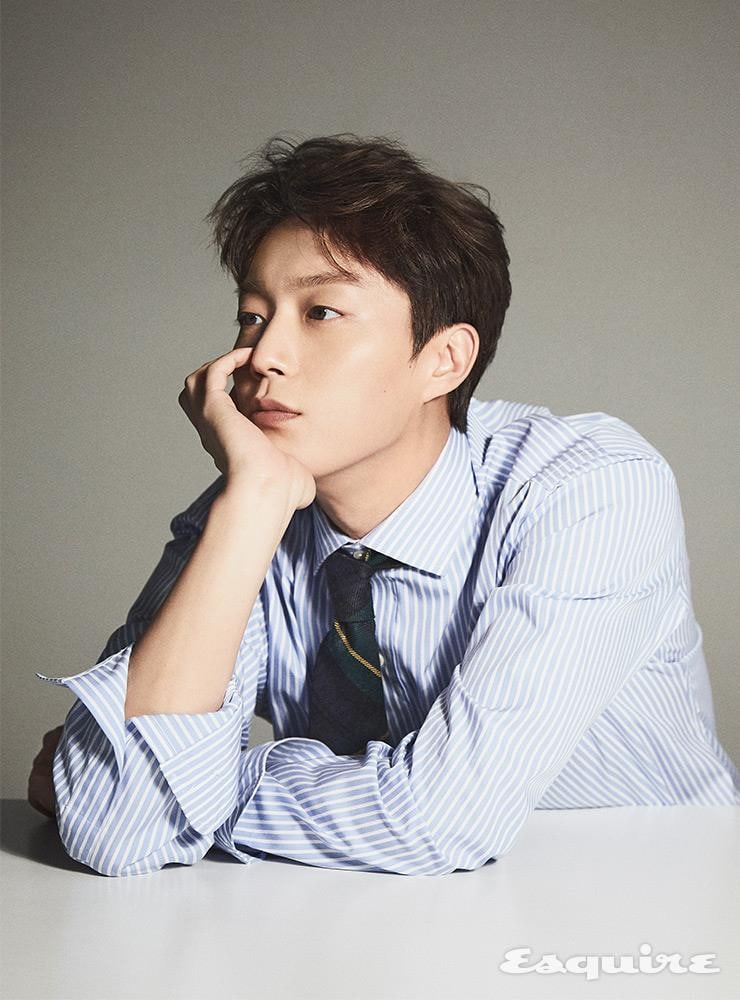 Yoon Doojoon also talked about his first solo album “Daybreak” that was released last month. When asked about why he was the last one to pursue solo music activities among his members, he shared, “I don’t think I had any desire for a solo album. I started dreaming of becoming a singer because I wanted to be a member of an idol group.”

He continued, “I thought group activities were the coolest. I still feel the same way now. Of course, solo activities can show a person’s style and charms more clearly or show a different side of themselves, but I don’t think that’s as cool as performing as a group. That’s how I feel about any group. The reason why I prepared ‘Daybreak’ was because I thought the fans would be sad since I was the only one who didn’t do solo activities.”

The interviewer pointed out about the message of loneliness and emptiness in his album. Concerning that, Yoon Doojoon said, “It wasn’t a message, but it was just how I felt. Since it’s my first album, I thought it was right to talk about myself, so that’s the theme I went with. When you’re younger, you think you’ll become stronger when you grow up. When I saw my father, I thought, ‘When I become older like him and gain more experience, I’ll be able to solve everything smoothly as if it’s not a big deal.’ But that’s not the case. As you get older, you become more sensitive and concerned about each problem. That’s how I feel now.” 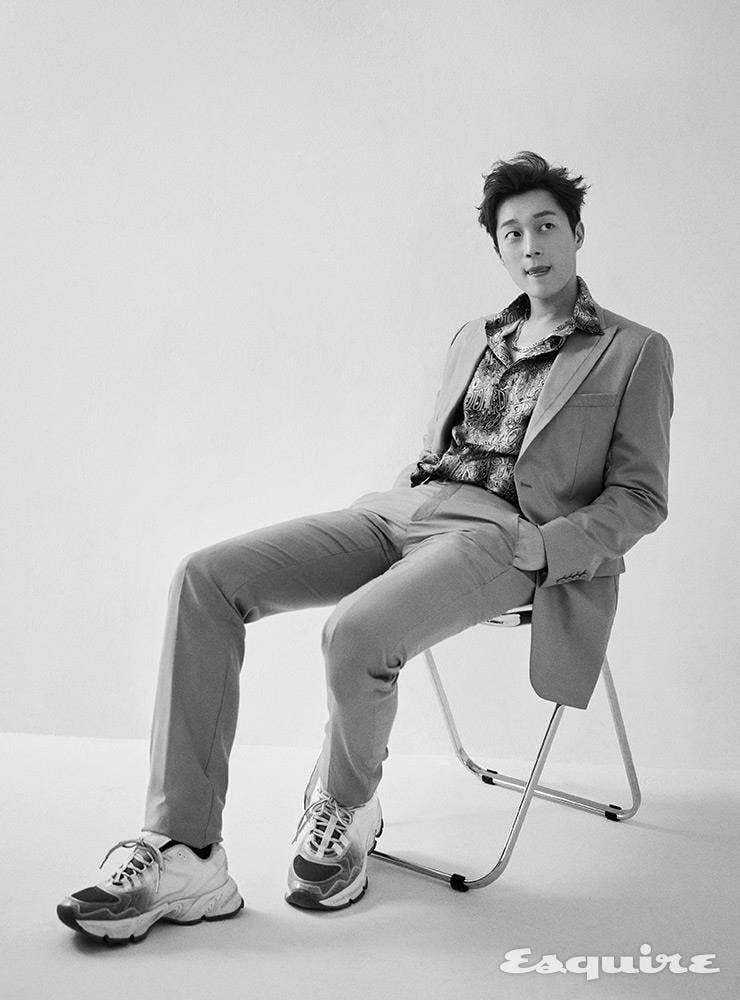 Watch Yoon Doojoon in the drama “Let’s Eat 3” below!

Esquire
Yoon Doojoon
Highlight
How does this article make you feel?