On the August 22 episode of MBC’s “How Do You Play?”, Yoo Jae Suk met with the members of Refund Sisters for the first time.

Refund Sisters is a project spun off from Lee Hyori naming Jessi, Uhm Jung Hwa, and MAMAMOO’s Hwasa as members she’d want in her dream girl group. Yoo Jae Suk is set to be the group’s producer, Jimmy Yoo. (The word “producer” here implies a general agency producer who is in charge of the group overall.) 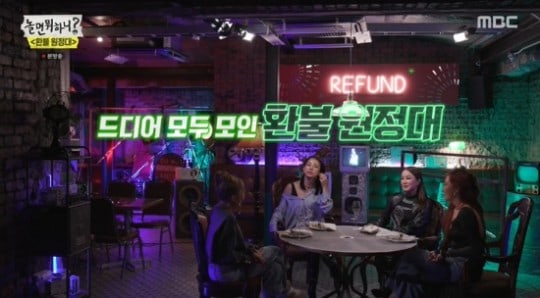 The episode began with Yoo Jae Suk watching the video of Refund Sisters’ first meeting. Lee Hyori asked, “What do you think will happen if we fight? Like if there’s discord in the group.” Jessi said, “I say everything I want to say to someone’s face, and I don’t talk behind their back.” But Lee Hyori said, “Just talk behind my back. It’s scarier if you do it to my face. You come off so strong.” Jessi replied, “I don’t do that to unnis [older sisters]. Maybe to Hwasa.” 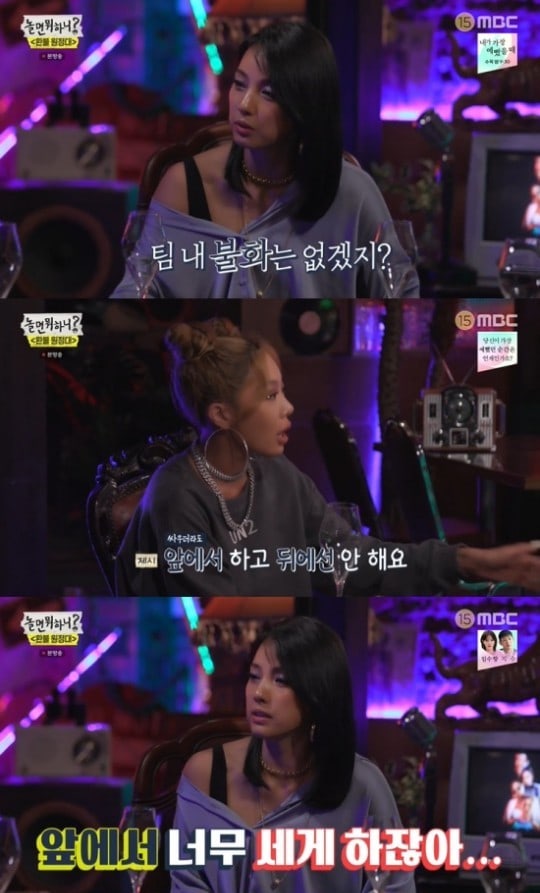 Unlike their group name, however, the members shared that they are not good at asking for refunds. Lee Hyori said, “I can’t ask for refunds. If the side dishes run out during a meal, I’m afraid to ask for more. So I just don’t eat more.” Hwasa said, “If the size doesn’t fit or if it feels weird, I just think, ‘Whatever’ and leave it.” Uhm Jung Hwa said, “I do exchange it, but my heart beats faster.” Lee Hyori joked, “Jessi probably doesn’t exchange it because she thinks it’s a bother.”

After Lee Hyori was chosen as a leader, Yoo Jae Suk commented, “This lineup is just… I’ve imagined what you’d look like on stage and I really want to see it. But I wish I could see it as a regular viewer.” He continued, “Hwasa is the type to quietly go her own way. Uhm Jung Hwa seems like she’s in a good mood. Jessi is so straightforward that sometimes other people will wonder what she really meant when she didn’t mean it in a particular way.” 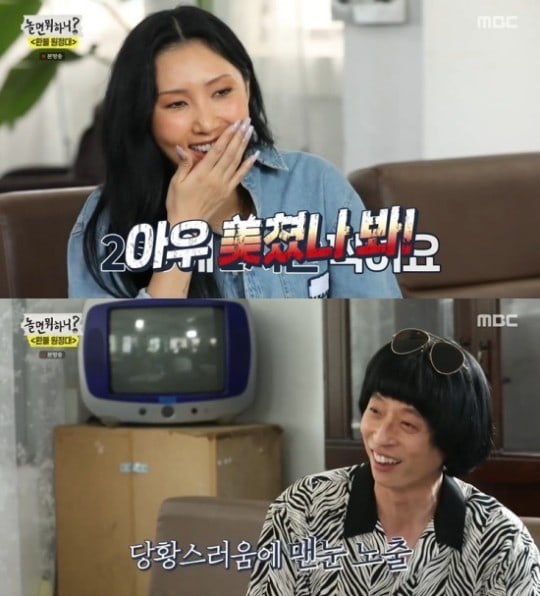 Yoo Jae Suk then asked for individual meetings with the members. With Hwasa, he asked if there was anything she needed, and she said, “I’d like it if you refrained from extensive interference.” Yoo Jae Suk said, “I don’t want to spend too much on the music video. I know some people. We can film for two hours for 2.5 million won [about $2100].” But Hwasa said, “Are you crazy? You have to spend a lot to get a lot. If you try to save, it just becomes waste.” 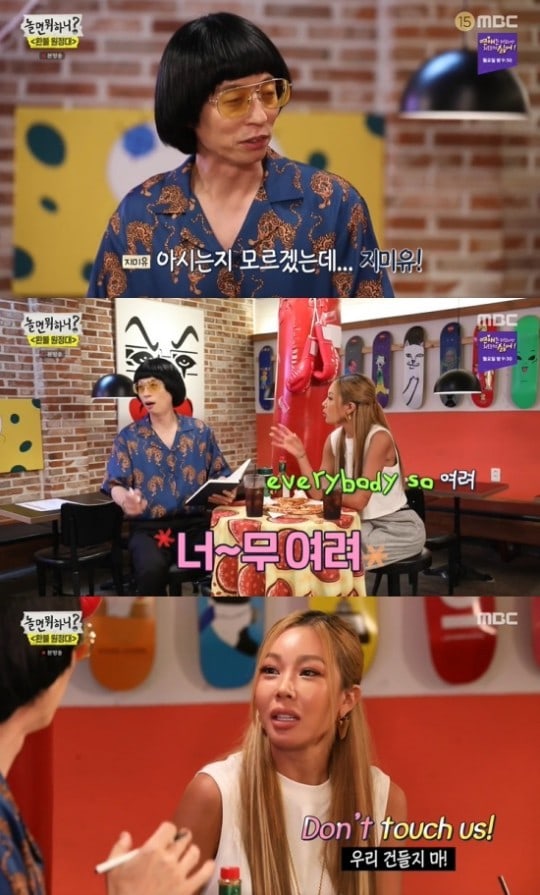 When Jessi met Yoo Jae Suk, she asked if his name of Jimmy Yoo was based on the brand Jimmy Choo. Yoo Jae Suk said, “I wonder if I’ll be able to handle the members” and Jessi said, “You can do it. After meeting everyone, I think we’re quite soft. Our appearances come off as strong, but our hearts are soft.” However, Jessi and Yoo Jae Suk continued to bicker back and forth throughout their meeting. 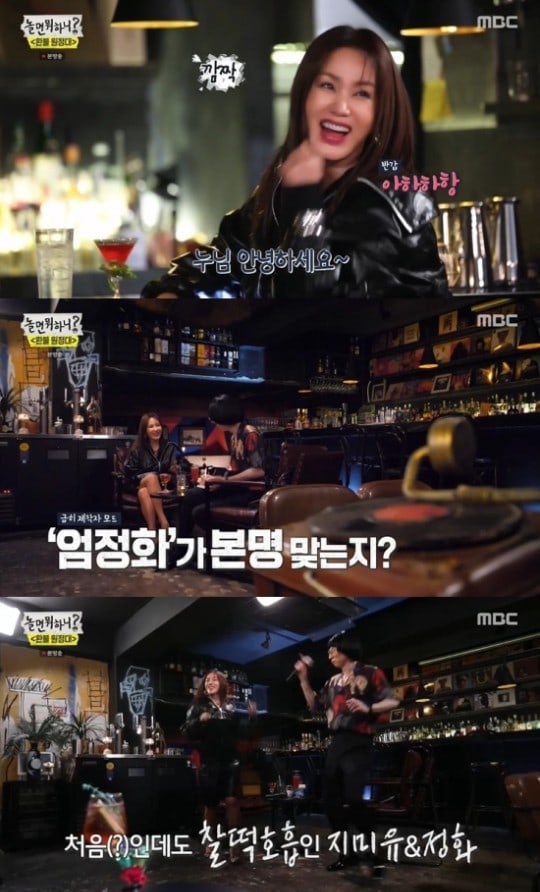 For his meeting with Uhm Jung Hwa, Yoo Jae Suk said, “We need people like her. The people ahead of us swept the road that we’re walking now. I asked to meet everyone separately because Jung Hwa told me, ‘This could be my last time [performing].” 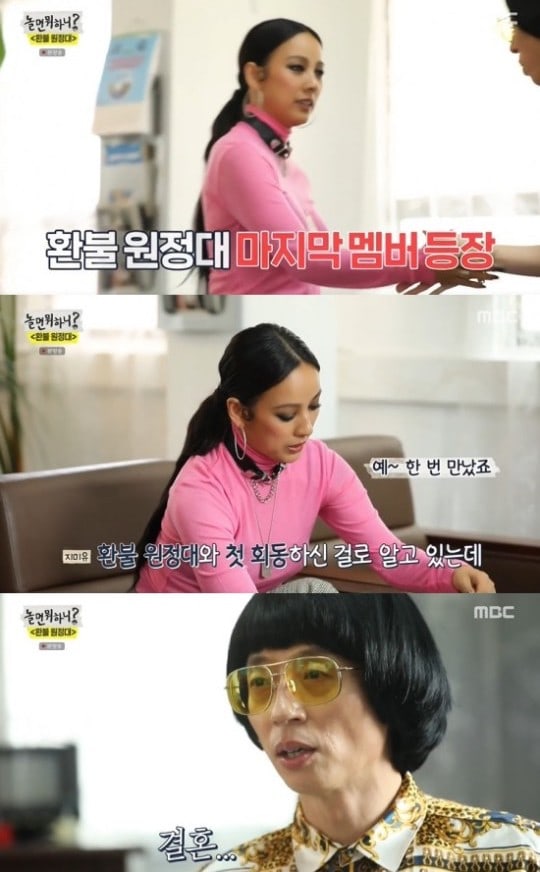 Lee Hyori and Yoo Jae Suk, who recently spent a lot of time working together on SSAK3, acted out a little skit in reference to their stage names Linda G and Yoo Dragon. Yoo Jae Suk said, “I saw the video of your first meeting and you looked a little awkward.” Lee Hyori suggested, “‘Bohemian Rhapsody made a splash by being over 6 minutes long. We should make a song that’s 30 seconds long,” but Yoo Jae Suk shot the idea down.

Lee Hyori added, “I’m going to see an OB/GYN (obstetrics/gynecology). Please make room in my schedule for that.” At the end of SSAK3’s promotions, Lee Hyori shared that she and Lee Sang Soon are trying for a baby. Yoo Jae Suk said that he would recommend a place for her. 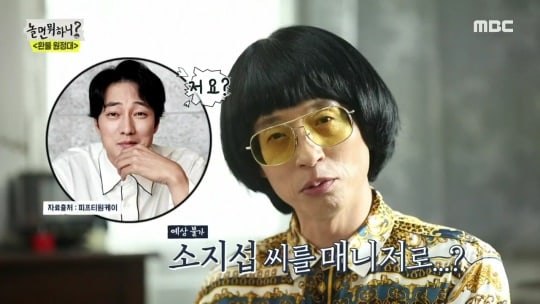 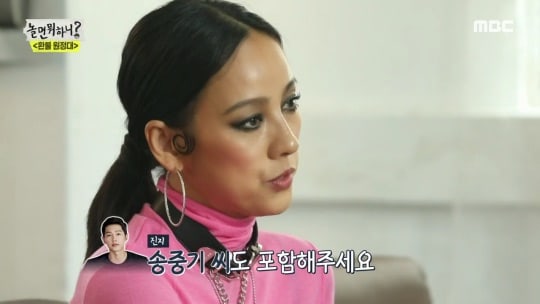 Asked about what managers she wanted, she said, “Kwanghee, Jo Se Ho, or Rain.” (Rain was a SSAK3 member with Lee Hyori and Yoo Jae Suk.) Yoo Jae Suk said, “Why do you want such fragile people as managers? Pick someone else.”

At the end of the episode, “How Do You Play?” shared a preview of Jimmy Yoo meeting all of Refund Sisters for the first time. 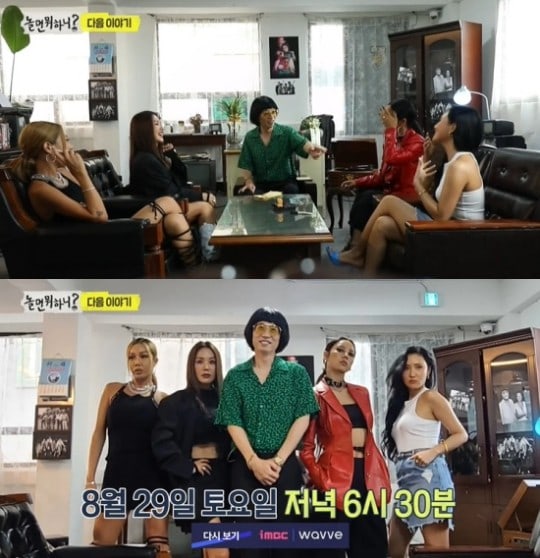 Jessi
Yoo Jae Suk
Hwasa
Lee Hyori
How Do You Play?
Refund Sisters
How does this article make you feel?