DAWN appeared on the latest episode of “PJ Date Consulting” and gave viewers a closer look into his love life!

SBS’s “PJ Date Consulting” is a new variety program hosted by Park Na Rae and Jang Do Yeon in which they give couples dating tips and suggestions.

On the August 22 broadcast, DAWN appeared as a special guest member of their date evaluation team and spoke in depth about his relationship with HyunA. Park Na Rae commented, “I aspire to be like this couple. I want to be like them.” Jang Do Yeon mentioned the parody that Park Na Rae and Im Won Hee did of HyunA and DAWN, to which DAWN hilariously responded, “I don’t really watch TV, but my mom called me. She suddenly asked if I had gone down to Gapyeong.”

DAWN added, “HyunA really wanted to come on ‘PJ Date Consulting.’ She’s a fan of both of you.” 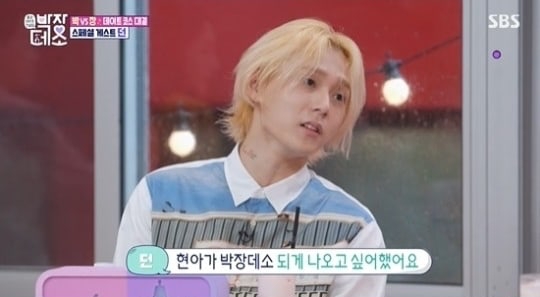 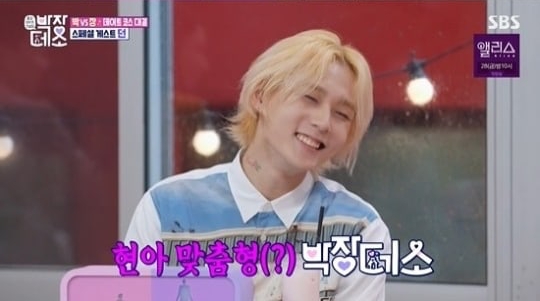 The first pair featured on the episode was a couple from Jeju Island who have been dating for two and a half years, but have never gone on a date on the Korean mainland. The girlfriend explained that her boyfriend has a physically demanding job and therefore prefers to rest on their dates, rather than take a plane all the way to the mainland.

The hosts asked DAWN about his and HyunA’s date preferences, and he shared, “We are also kind of like that. I just follow [HyunA] around. I enjoy quiet things.” 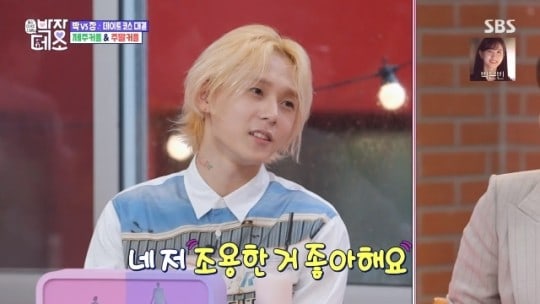 Jang Do Yeon recommended that the couple go on a date in Ikseon, a neighborhood that captures both the modern and traditional aspects of Seoul. She also taught the boyfriend how to react when his girlfriend dresses up in pretty clothes.

DAWN responded by revealing that he is also a “reaction rookie,” explaining, “[When HyunA comes out dressed nicely,] I don’t know how to react. She’s been very upset in the past because of this.” He shared that he typically barely reacts to things and prefers to nod as a response, leading to an impromptu lesson from Jang Do Yeon on how to react properly. 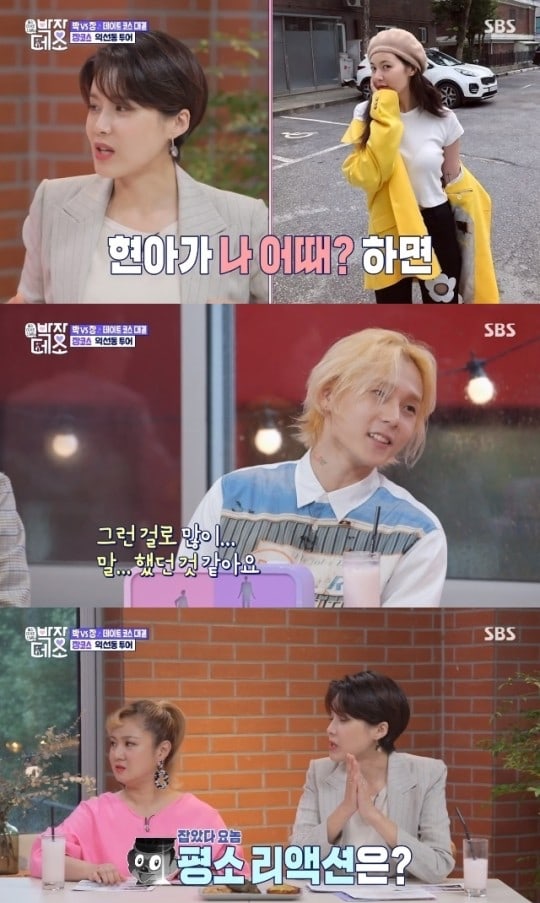 While discussing couple outfits, Park Na Rae commented, “If I had a boyfriend, I’d like to do this for him.” She asked DAWN, “Do you also help style one another?”

DAWN replied, “We [dress up] on our own. If we watch a movie together, we both get immersed in the mood of the film, which has led to us accidentally matching numerous times.” 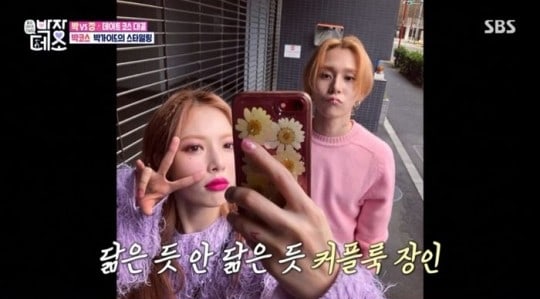 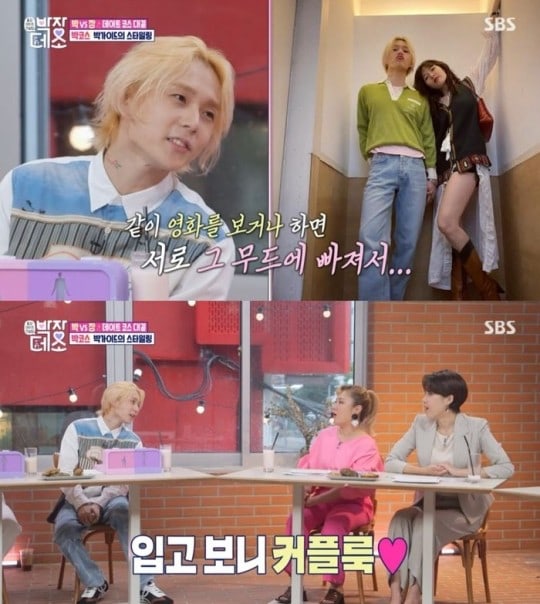 When asked what he calls HyunA, DAWN hilariously revealed, “I have her saved as ‘Boss’ on my phone.”

He also spoke about how they each deal with each other’s mistakes. DAWN explained, “I’m the type to just say, ‘It’s okay.'” When asked how HyunA might respond if he accidentally made a huge mistake on a date, his eyes widened as he imagined the scenario with a smile, and he finally made everyone on set burst out laughing by saying simply, “‘Wow…'”