In March 2019, it was reported that Cha Tae Hyun and Kim Joon Ho had engaged in gambling over golf games together, based on text messages in the “2 Days & 1 Night” group chatroom that were obtained from Jung Joon Young’s phone. At the time, Cha Tae Hyun issued an apology and clarified that the golf games did not take place abroad and that the money was immediately returned afterward. Both he and Kim Joon Ho stepped down from their programs, and Cha Tae Hyun went on hiatus for over a year.

Kim Gura asked Cha Tae Hyun what he did during this hiatus, to which he responded, “I walked by the Han River a lot. I naturally started wearing a watch that doubled as a pedometer,” and laughed. He added, “I thought a lot while resting and heard all kinds of comments.” 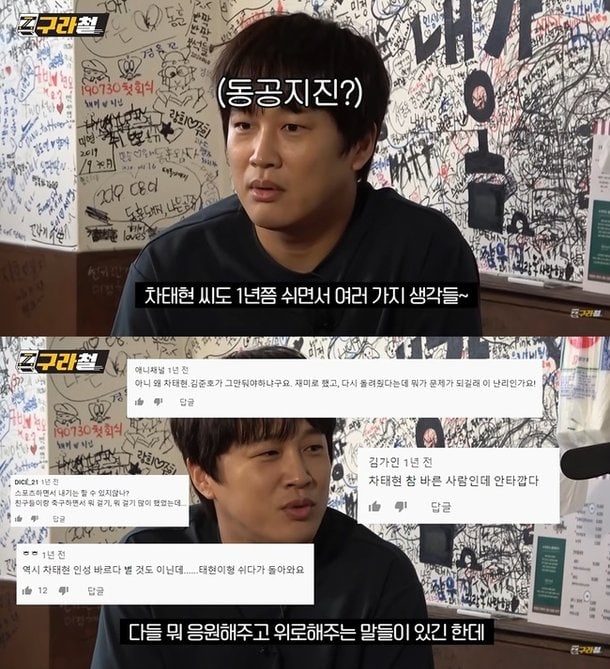 Cha Tae Hyun also explained his embarrassment at the amount of support he received. He commented, “Everyone was supporting me, and I heard a lot of comforting comments. A lot of producing directors (PDs) left me text messages. I was embarrassed. Ultimately, I had made a mistake, so I was a bit embarrassed that I kept getting supported and comforted.” 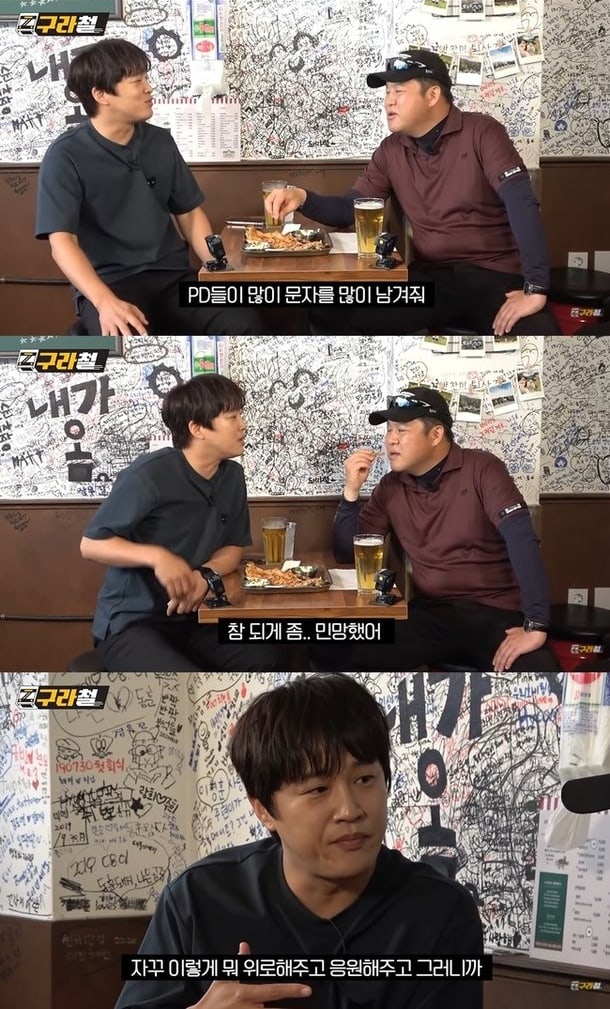 The actor made his return to the public eye with the recent OCN drama “Team Bulldog: Off-Duty Investigation” and variety program “Hometown Flex.” Regarding “Hometown Flex,” Cha Tae Hyun remarked, “The guests are really important. What I like most is that the guests enjoy themselves so much.” He added that since it only has 12 episodes, he feels less pressured by viewership ratings.

Kim Gura asked Cha Tae Hyun whether he plays golf now, and he casually responded, “I do play golf. I don’t have a lot of time these days, so I can’t play often, but I go when I have time.”

He continued, “After the issue arose because of golf, I couldn’t go for a while. If I went, who knows what kind of comments I’d hear. But there was a time when I received a lot of comfort and encouragement at the golf course. People I didn’t even know were cheering me on. I was so embarrassed.”

Cha Tae Hyun
Kim Gura
How does this article make you feel?