In the upcoming episode of KBS 2TV’s “Once Again,” Lee Sang Yeob and Cha Hwa Yeon will open up to one another.

Previously, Yoon Gyu Jin (Lee Sang Yeob) showed his deepening feelings for Song Na Hee (Lee Min Jung) and did his best to overcome the obstacles in front of them. Though he had been keeping his anger against his mother Choi Yoon Jung (Kim Bo Yun) at bay, the emotions came to a boiling point, and he told his mother that he no longer wanted to be her son. He also had drinks with Song Young Dal (Chun Ho Jin) and Song Joon Sun (Oh Dae Hwan) and revealed to them how he felt about Song Na Hee.

The new stills preview Song Na Hee’s mother Jang Ok Boon (Cha Hwa Yeon) and Yoon Gyu Jin spending time together. They sit by the seashore as they share a conversation and also enjoy a meal together. Viewers are wondering what led to this change in their relationship, as Jang Ok Boon had always been disappointed in Yoon Gyu Jin ever since she found out that Song Na Hee had suffered a miscarriage in the past. 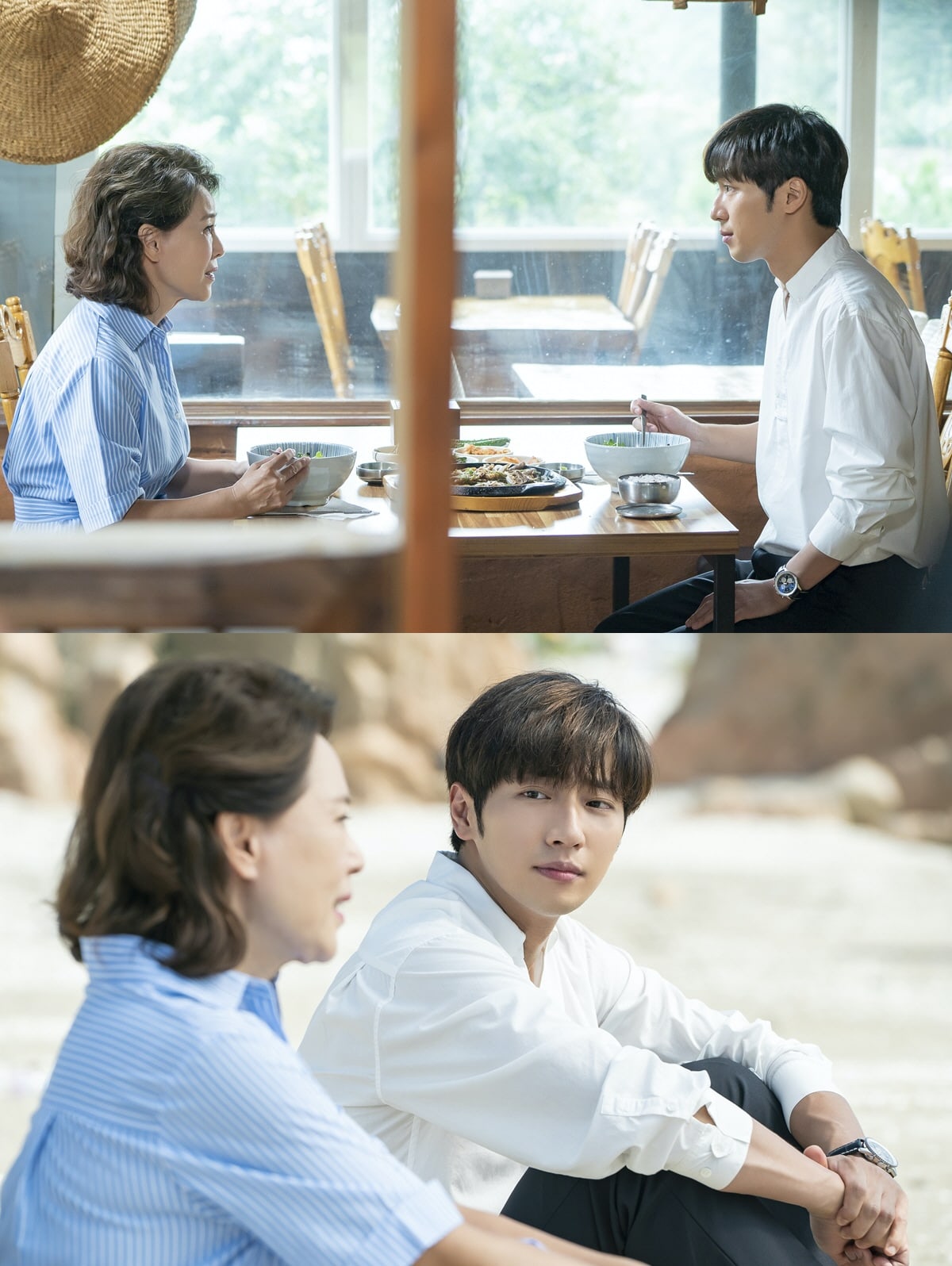 The touching conversation between Jang Ok Boon and Yoon Gyu Jin will air in the next episode of “Once Again,” which airs on August 23 at 7:55 p.m. KST.

While you wait, catch the latest episode below:

Once Again
Cha Hwa Yeon
Lee Sang Yeob
How does this article make you feel?