Oh My Girl’s Arin Delves Into Details Of Her Real Personality, 1st Acting Project, And More

Oh My Girl’s Arin opened up about her true personality during an interview for Esquire magazine!

Recently, the idol participated in a pictorial for Esquire in which she showed off natural yet sophisticated looks.

During the interview that followed the photo shoot, the interviewer asked if her mood is affected by anything, and she replied, “I don’t think I’m really affected by different times of the day, but I think the weather really influences how I feel.” She mentioned that rain makes her feel down and that sunny weather brightens her mood.

Then Arin talked about her personality, saying, “I’m usually calm, and I don’t talk a lot. I like being alone too. Usually, people think I’m cute and bright as the youngest member of the group, but I’m actually very different from that image.”

She added, “I usually don’t share my worries or feelings with my family, so in the beginning, my members were upset about that. A long time ago, we used to have a set meeting date, but I couldn’t really share my inner thoughts. I would always say I’m okay, so they were disappointed because they wanted me to tell them how I truly feel.” 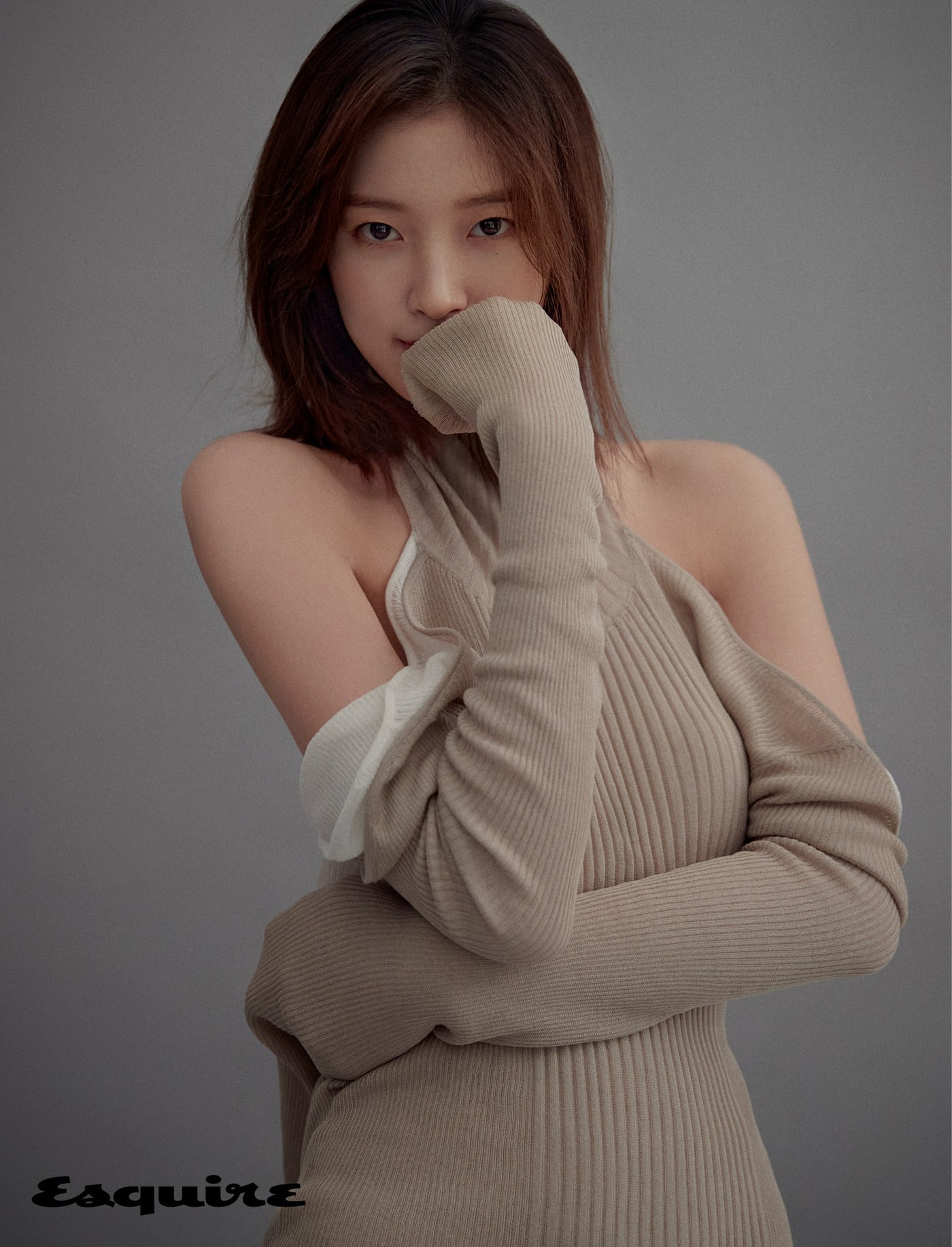 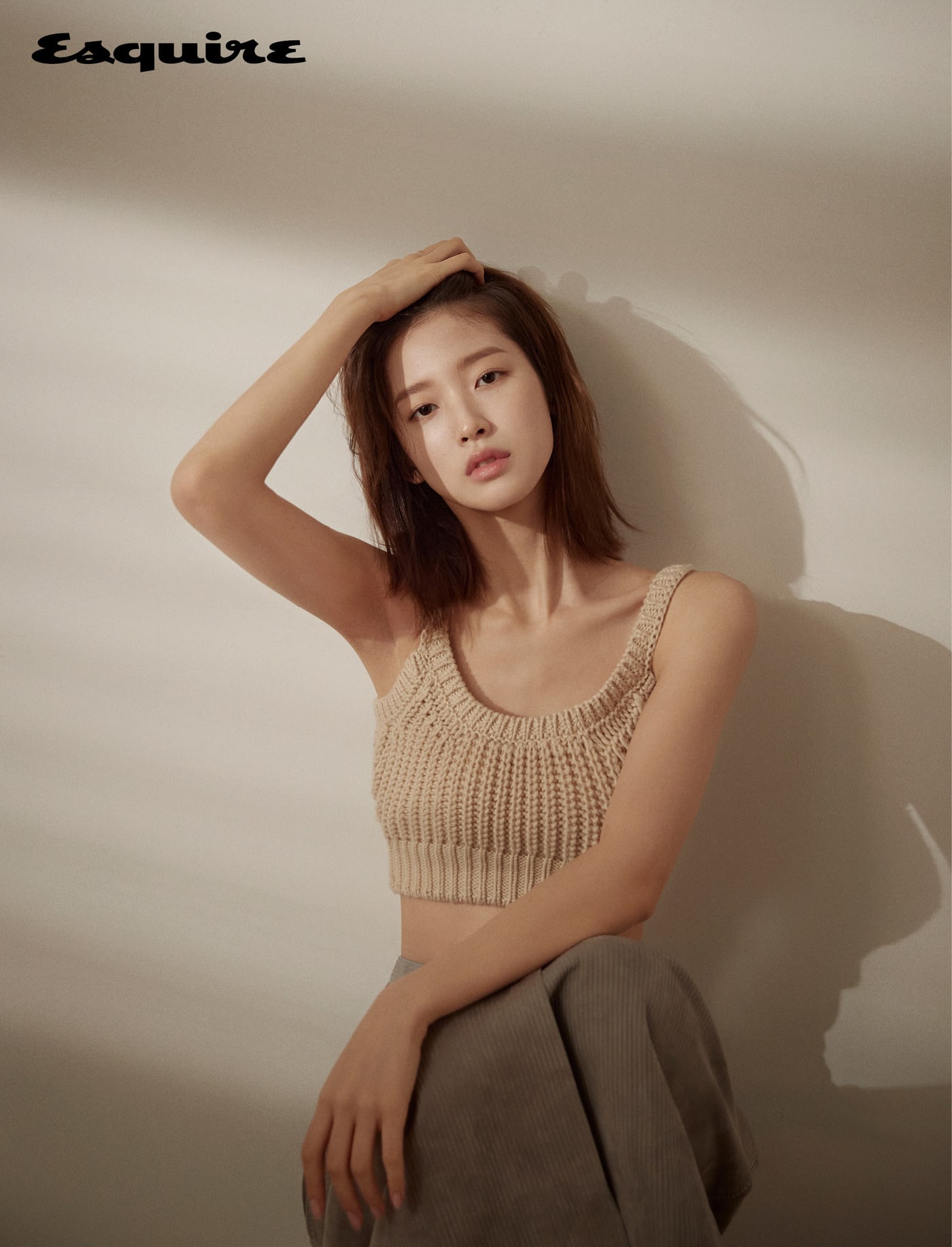 Arin then discussed her first acting project. She debuted as an actress in the web drama “A Girl’s World,” which told the heartfelt story of friendship and growth in high school, where friends make up the entirety of one’s world. Arin played Oh Na Ri, who enters high school feeling confident from her recent successful diet. However, her self-esteem is lowered by all the pretty friends she meets and she faces numerous trials as she struggles to live a normal high school life.

The idol said, “After acting as Oh Na Ri, I realized [I was affected by her character] when I was on a variety show. Oh Na Ri is bright and playful, so when I was acting, I loosened up quite a bit since I had many funny scenes. After that, I felt comfortable on variety shows. I used to be nervous about what to say and worried about participating a lot, but now I’m more at ease, so I’m able to enjoy it more.”

When asked if there were any difficulties while acting in a webtoon-based-drama, she replied, “Yes, there were a lot. For example, there was a scene in the webtoon where my character had to drink banana milk and spit it out. I wondered how I would be able to do that, but thankfully, the director took that out. There were many cheesy moments, and I was unsure how to portray them, but fortunately, everything turned out great, so I’m relieved.” 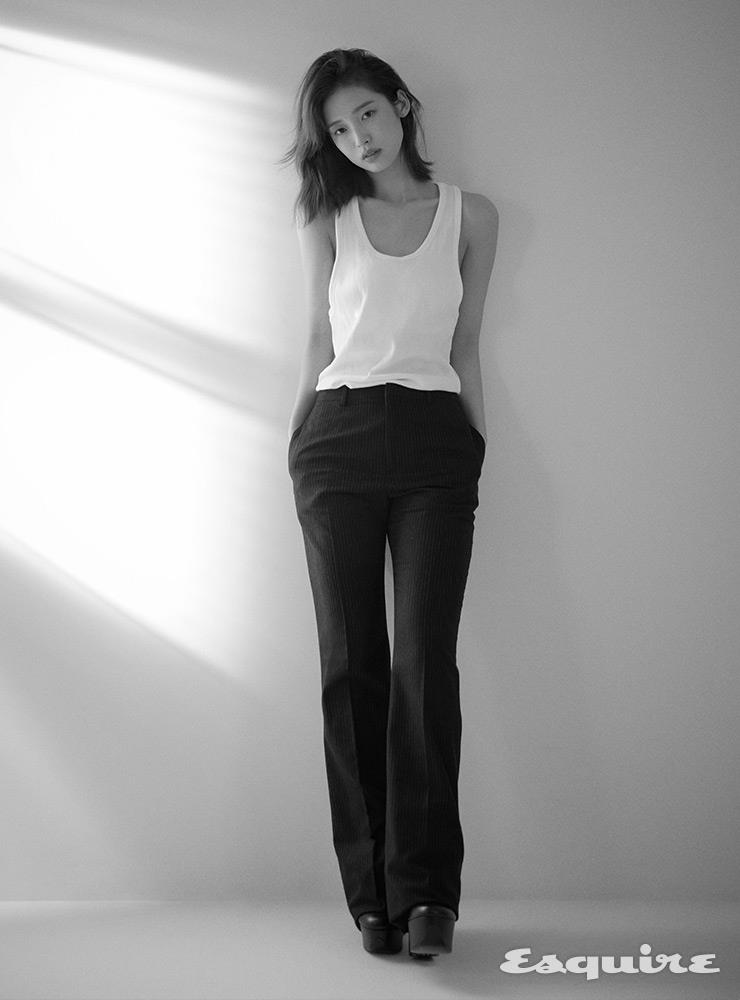 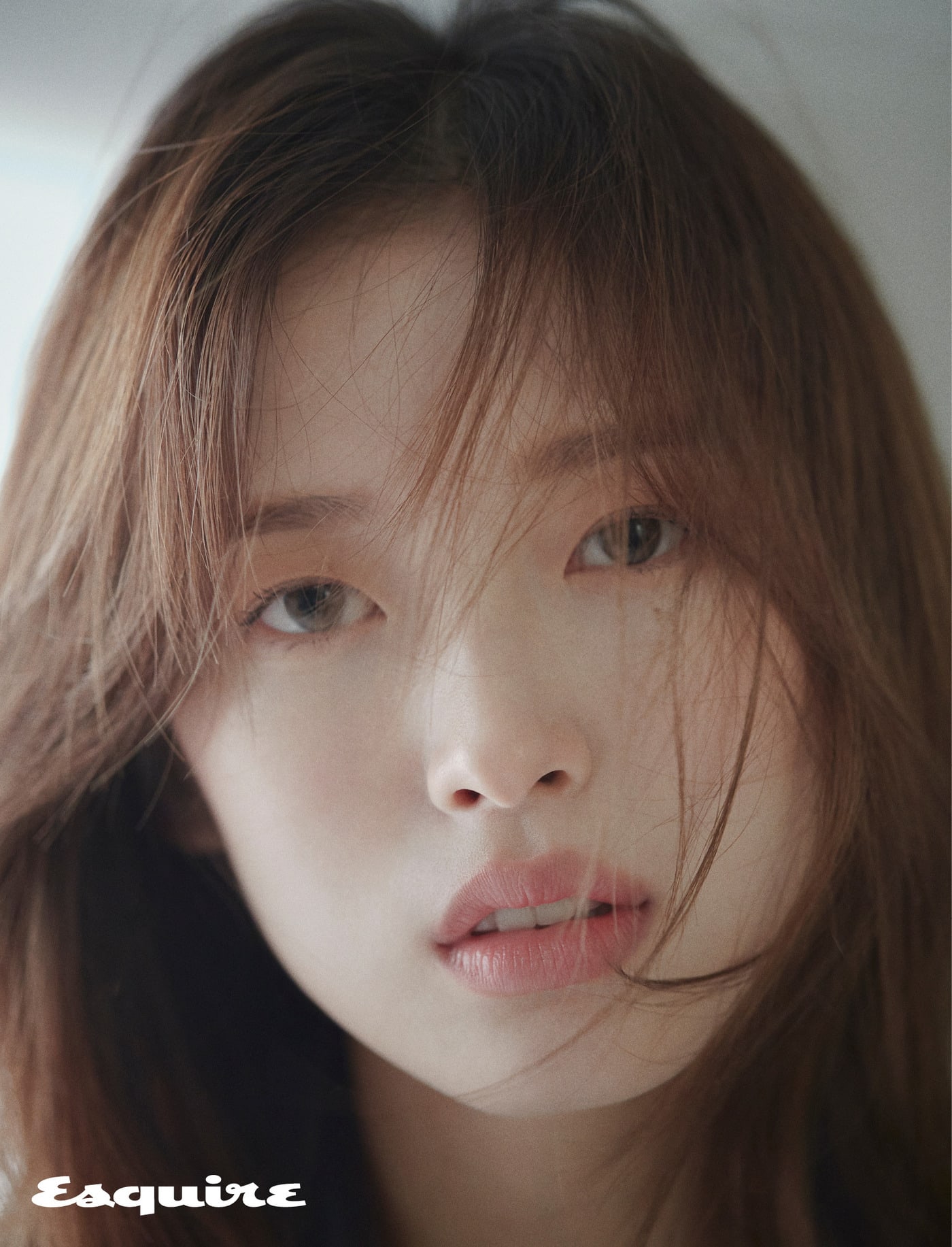 Arin is also a host on KBS’s “Music Bank,” and she continues to appear on different variety shows. Oh My Girl also showed a different side of them on Mnet’s “Queendom.” Concerning those new challenges, she said, “It’s not easy to do something new that I haven’t done before. However, I still have a lot of things I want to show you.”

Oh My Girl
Arin
Esquire
How does this article make you feel?