The upcoming tvN variety show “The Sixth Sense” has unveiled its main poster!

“The Sixth Sense” is directed by former “Running Man” producer (PD) Jung Chul Min and stars Yoo Jae Suk, Oh Na Ra, Jun So Min, Lovelyz’s Mijoo, and Jessi. In addition to the five members, the show will welcome one guest each week, and the six celebrities will visit locations or figures with unusual backgrounds, finding the fake among the real by unleashing their “sixth sense.”

The new poster features Yoo Jae Suk crouching in front of Oh Na Ra, Jun So Min, Jessi, and Mijoo, who take confident poses behind him. The caption above their heads reads, “Don’t let yourself be deceived.” 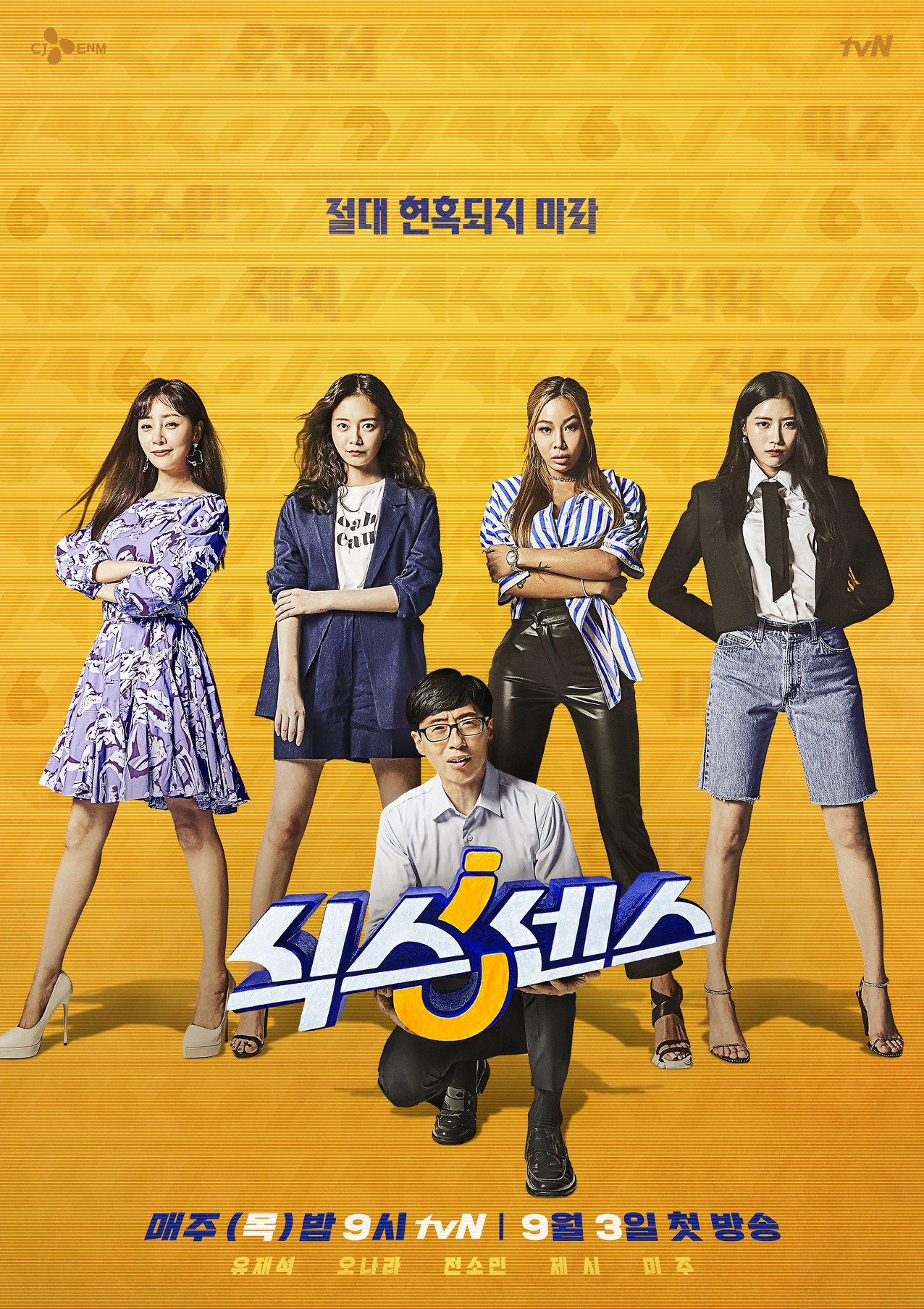 The team members, who at times will band together and other times betray each other in order to distinguish the fake from the real, shared their thoughts on joining the show. Oh Na Ra, who is taking on a fixed role in a variety show for the first time, promised, “I’ll show you the human side of Oh Na Ra,” while Jun So Min commented on meeting the other cast members with, “More than anything, I’m glad I was able to get to know Oh Na Ra and Jessi. I had so much fun filming, and I think it’s only going to get more enjoyable from here on out.”

Jessi said, “I’m so glad to be a part of ‘The Sixth Sense’ team. I’ll show everyone how in tune with my senses I am.” Finally, Mijoo, the youngest of the team, commented, “I’m glad to be filming with the senior cast members, and I’m even happier since I can learn a lot from them.”

“The Sixth Sense” will premiere on September 3 at 9 p.m. KST.