“Do You Like Brahms?” Cast Shares Thoughts On Portraying Musicians, What To Look Forward To Ahead Of Premiere, And More

Upcoming SBS drama “Do You Like Brahms?” will be premiering soon!

On August 24, cast members Park Eun Bin, Kim Min Jae, Kim Sung Chul, Park Ji Hyun, and director Jo Young Min of the new Monday-Tuesday drama took part in an online press conference to talk about what to look forward to ahead of the drama’s premiere.

“Do You Like Brahms?” will tell a story about the love and dreams of classical music students. Park Eun Bin will play the role of Chae Song Ah, a fourth-year student majoring in violin who is seven years older than her fellow students. Kim Min Jae will take on the role of Park Joon Young, a genius pianist who has won at multiple international competitions.

Director Jo Young Min said, “‘Do You Like Brahms?’ is a drama about the unrequited love of 29-year-olds who stand at the border between being a student and going out into society.”

He continued, “While they crush on other people, the characters also experience unrequited love regarding their dreams. I’ve created a story about how they hurt while experiencing unrequited love, how they also love one another as they meet people of similar circumstances, and how they grow to love themselves.”

On the topic of casting, Jo Young Min said, “Rather than thinking about actors in relation to classical music, I tried to find actors who can bring their acting to life because I thought the characters’ emotions could be hard to express.”

He added, “In the end, I thought, ‘What would have happened if I hadn’t met these actors?’ I think that is the greatest fortune I’ve received this year.” 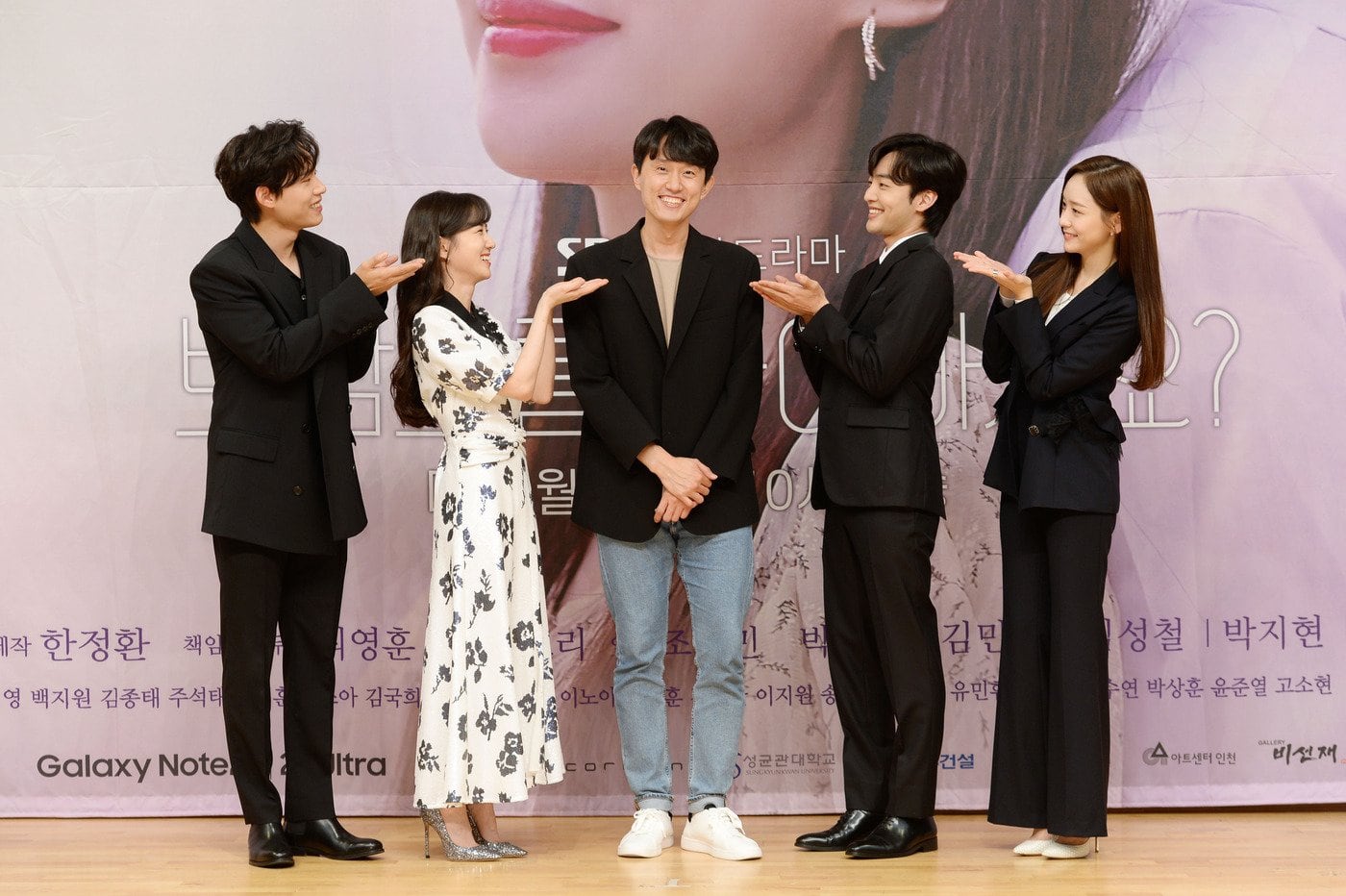 Kim Min Jae talked about how he decided to star in the drama. “What stood out to me the most was the role of a pianist,” he said. “I’ve always liked playing the piano, and I thought being a pianist was appealing.”

He added, “There are lonely and dark sides to Park Joon Young beyond his image as an impressive pianist. That’s why I wanted to take on his character even more.”

Kim Min Jae mentioned that the scenes where his character performs with the orchestra were difficult for him. “Playing the piano is really hard,” he said. “I felt very pressured. I practiced and practiced. I sat in front of the piano all day except for lunch and dinner.”

He continued, “There’s romance in the drama, but it’s a very shy kind of romance, and I think I’ll be able to show off different kinds of chemistry through an awkward version of my character. I think I chose this drama because I wanted to try that type of romance.”

On working with Park Eun Bin, Kim Min Jae said, “I couldn’t have asked for a better partner. She’s really the best. She’s a great person and good at acting. She also creates a nice atmosphere on set.”

Park Eun Bin commented, “Kim Min Jae is an actor with many strengths. His voice was a great fit for ‘Do You Like Brahms?’ since the drama includes a lot of narration. I think I met a great co-star, seeing him portray his character’s emotions so cleanly and well.”

Park Eun Bin mentioned that the drama centered around classical music seemed very exciting. “The writer of ‘Do You Like Brahms?’ has great expertise,” she said. “After hearing that, I had even more confidence in the drama, and since I’m 29 years old in real life, I wanted to spend my 29-year-old days with Chae Song Ah.” 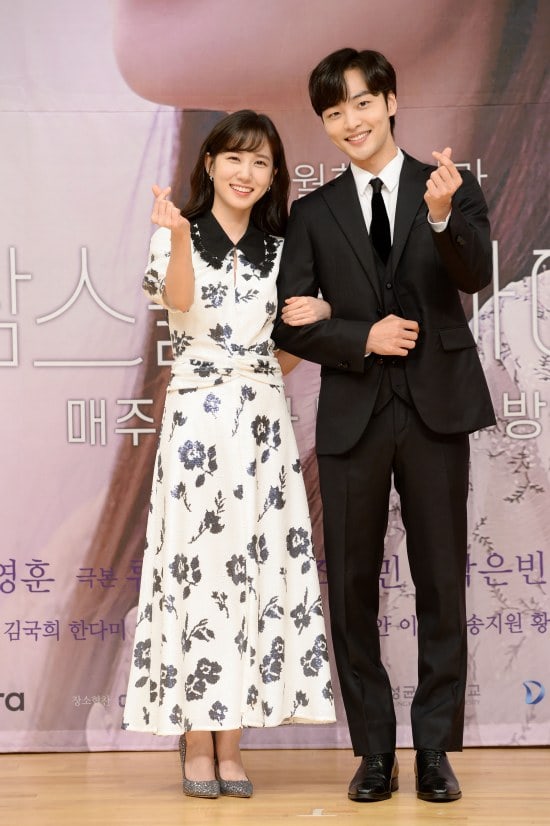 She also talked about having experience with the violin, mentioning that she’s played the instrument since elementary school. “I’d occasionally film projects that were related to the violin,” she shared. “It wasn’t an environment where I could get immersed in it, so I forgot about the violin, but on the inside, I’ve always wanted to try a drama that deals with classical music. This drama came to me like it was fate. I’m filming the drama while feeling like it’s a worthwhile experience for me.”

Meanwhile, Kim Sung Cheol will play Park Joon Young’s longtime friend Han Hyun Ho, who is a cellist. He said, “I thought that it would be nice to work with people whom I respect and like. When I saw the script, I liked it because it was slow. It seemed a lot like slow food, so I thought the drama might make a lot of people feel nostalgic.”

He continued, “I liked that Han Hyun Ho is a cellist. I’ve always admired classical music, but I’ve only listened to it. I never thought that I’d get the chance to perform as a musician. I’m happy to be working with a great director, writer, and cast.”

Park Ji Hyun, who will be violinist Lee Jung Kyung, said, “When I first read the script, I felt like its warmth and unique emotions, which I’ve never seen before, were new to me. Lately, there’s been a lot of more intense dramas, so ‘Do You Like Brahms?’ seemed refreshing. Specifically, rather than expressing emotions through our lines, I could tell by looking at the script the kinds of looks from the characters and their detailed emotions. That’s why I wanted to take on this drama even more.” 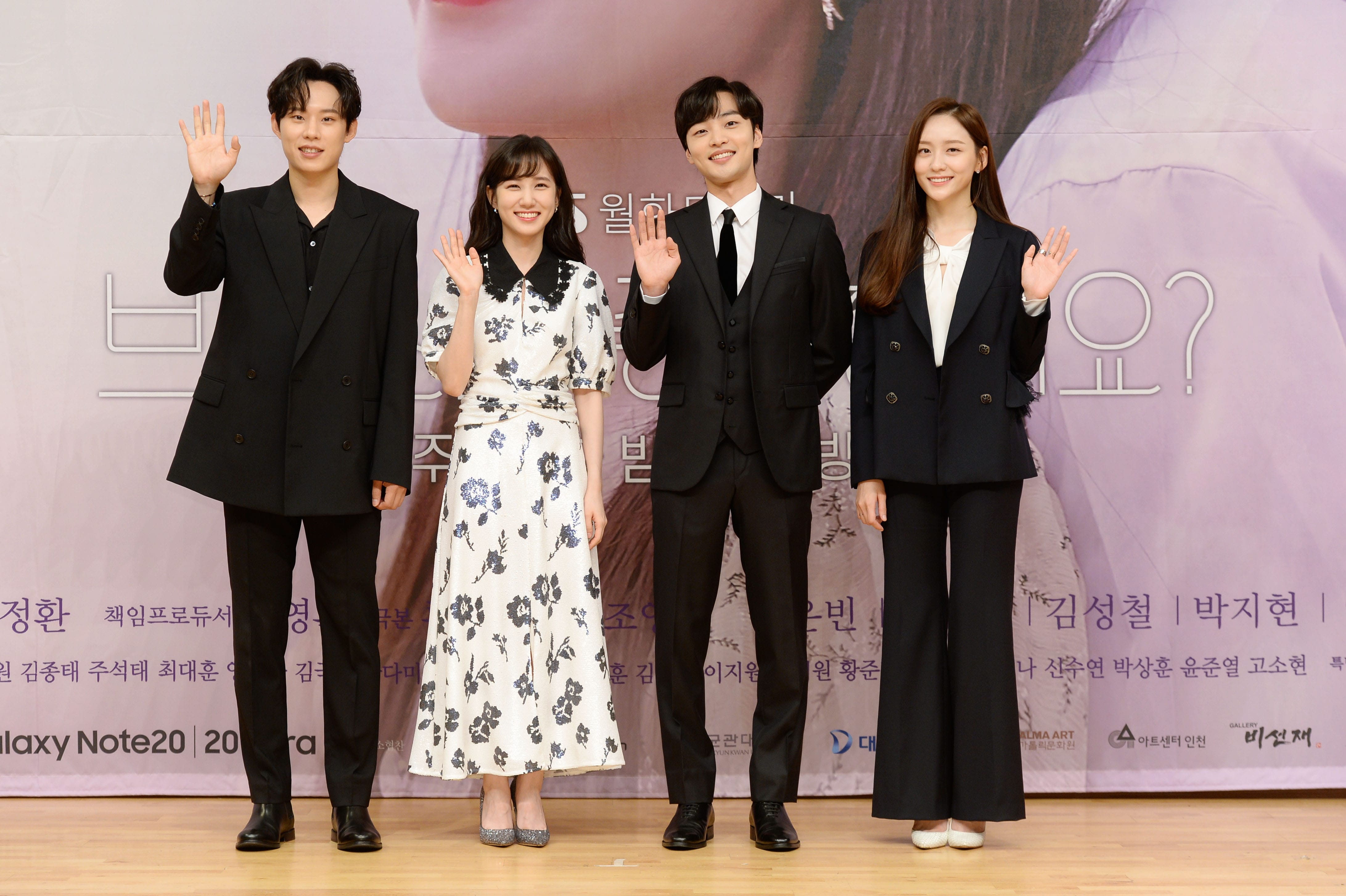 As “Do You Like Brahms?” will tell the story of a love “hexagon,” Kim Min Jae talked about choosing between love or friendship. “I think it would be really hard to choose,” he said. “If you check out the drama, you’ll be able to see what I end up choosing, so please tune in.”

Park Eun Bin added, “It starts out as love triangles, and then it turns into something new. For those who want to see an artistic drama, I think this will be a perfect fit for them. I hope you look out for how each character finds happiness.”

Director Jo Young Min said, “There’s love triangles, choices between love and friendship, as well as confusion over one’s dreams, so I thought that acting out the emotions was important. I focused on how viewers will be able to follow along with how the characters begin to build up their emotions and change along the way. Thankfully, I met amazing actors, and I think we’re having a great time filming.”

Lastly, Jo Young Min talked about what to look forward to in the drama. “The chemistry between the actors was great,” he said. “I think the entertaining part will be how viewers will feel the tension when the characters meet in the same scene and get their love triangles tangled up.”

“Do You Like Brahms?” premieres on August 31 at 10 p.m. KST and will be available on Viki.