SF9’s Inseong And Hwiyoung Talk About Their Experience With Acting, Roles Within The Group, And More

SF9’s Inseong and Hwiyoung recently shot a pictorial and shared their thoughts with GQ!

In an interview to accompany their photo shoot, Inseong and Hwiyoung talked about acting in a web drama, working with the other SF9 members, and more.

Inseong talked about when he first started singing. “The first experience that I can say that I’ve had singing in front of others was when I was in college,” he shared. “I was in a singing club, and I was so enthusiastic that I didn’t even warm up. I sang Jo Sung Mo’s ‘Do You Know,’ and my voice cracked.”

Inseong had initially planned on becoming a news anchor and started his trainee days relatively late in his life. He commented, “I was really lucky to get a chance to audition. I was thinking about when I would ever get to try becoming a singer if not now. I decided that since I’m still young, it would be okay to try even if it didn’t turn out well.” 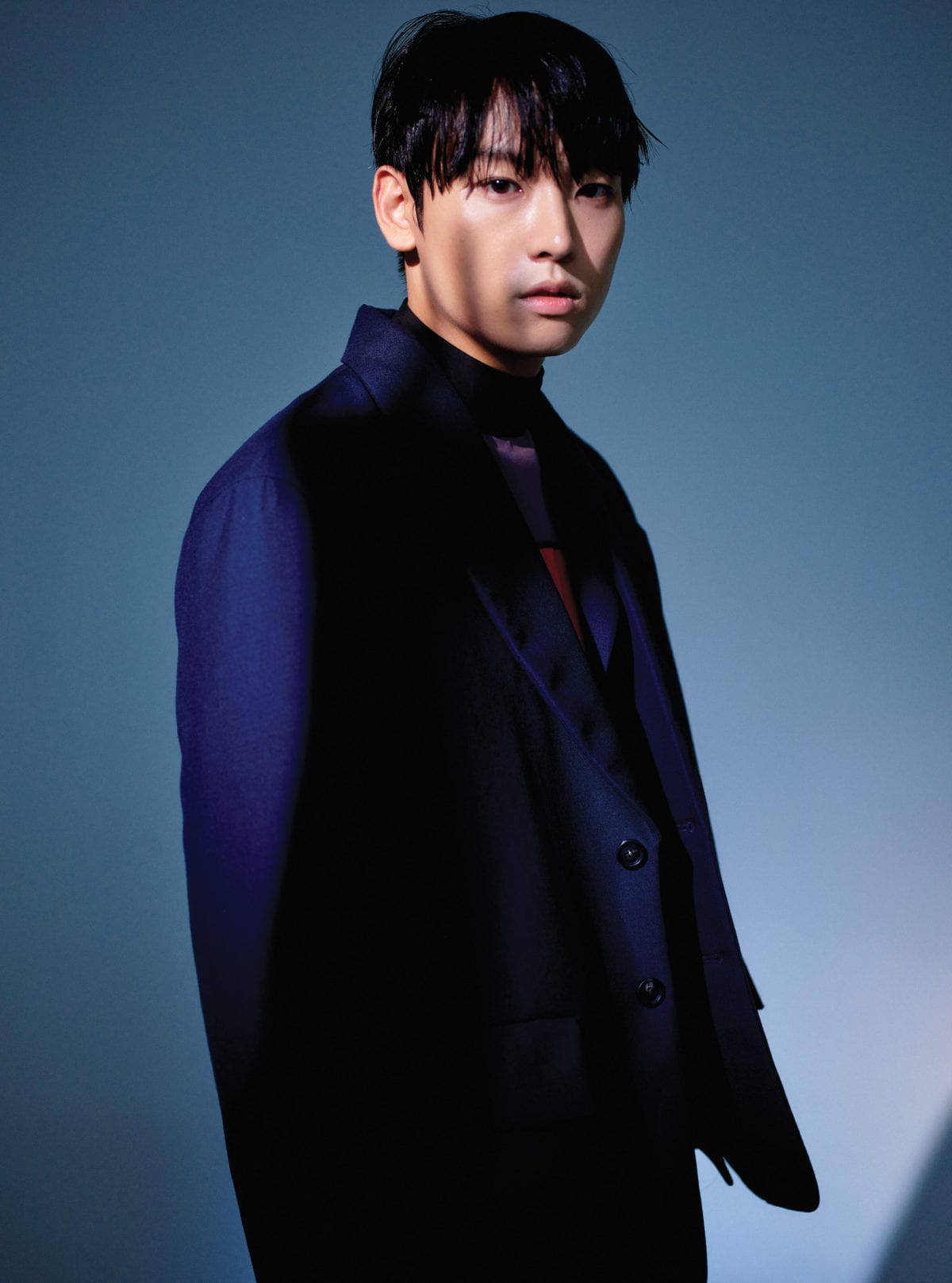 On how he’s succeeded, Inseong said, “Even if this might sound obvious, it’s really fun for me that I’m with a team of great members and that we get to experience so many things. I’m the type to not worry much. I don’t think of everything as difficult.”

Inseong talked about what kind of role he has in the group . “We’re all just members in the same way,” he said. “I don’t think age plays a big part in it. But if anything, it’s important to enjoy the work one does. If Youngbin, who is the leader and the same age as me, makes the overall decisions and guides the group, I’m the type to create a good atmosphere and support everyone.” 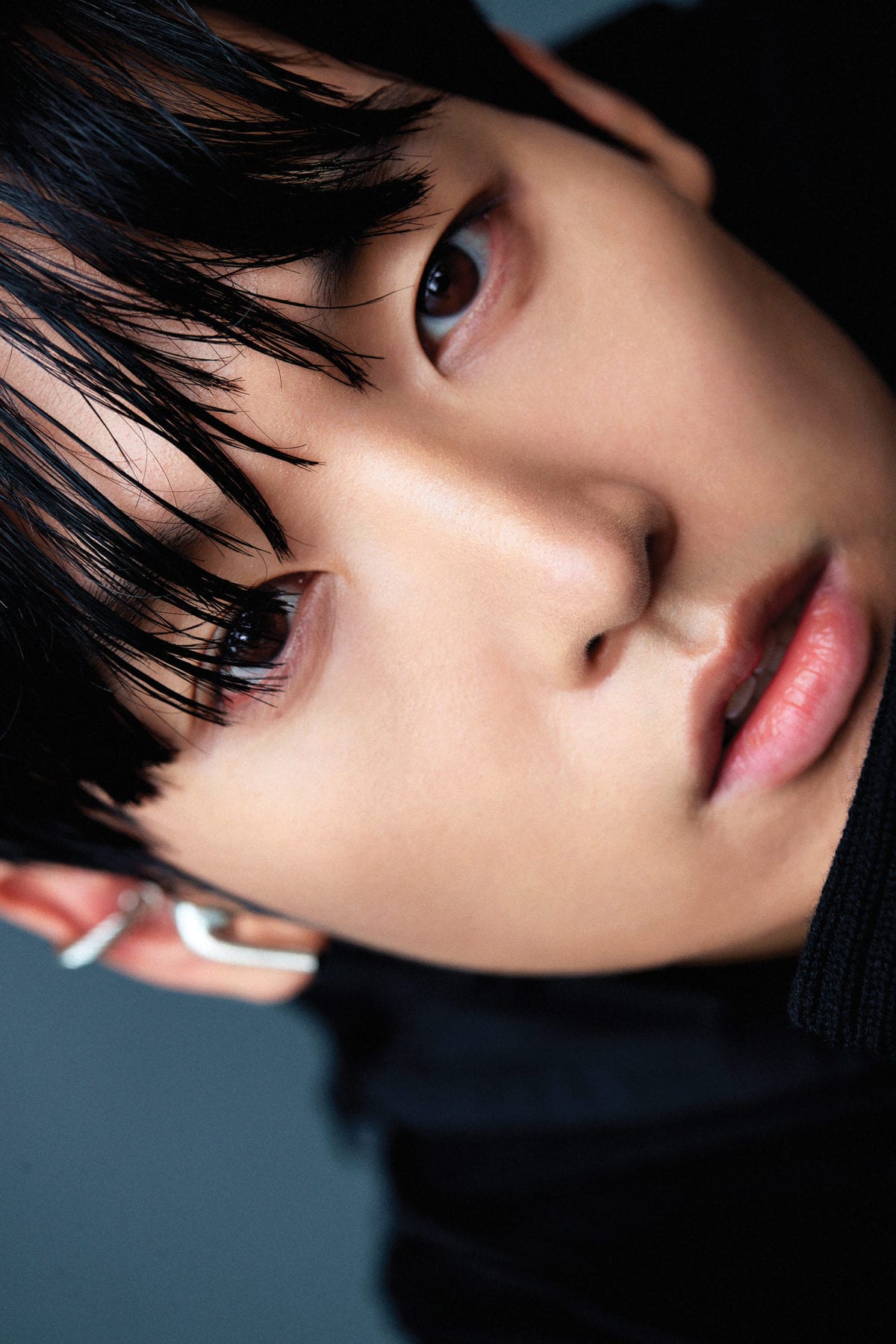 When asked to describe Hwiyoung, Inseong said, “Since our debut, we’ve said that Hwiyoung turns out the best in photos. He has that sentimental side to him. It’s because he has a cold look, but he’s actually really cute. Lately, I’ve been working with Hwiyoung a lot, and I’ve been realizing that he’s a lovable guy.” 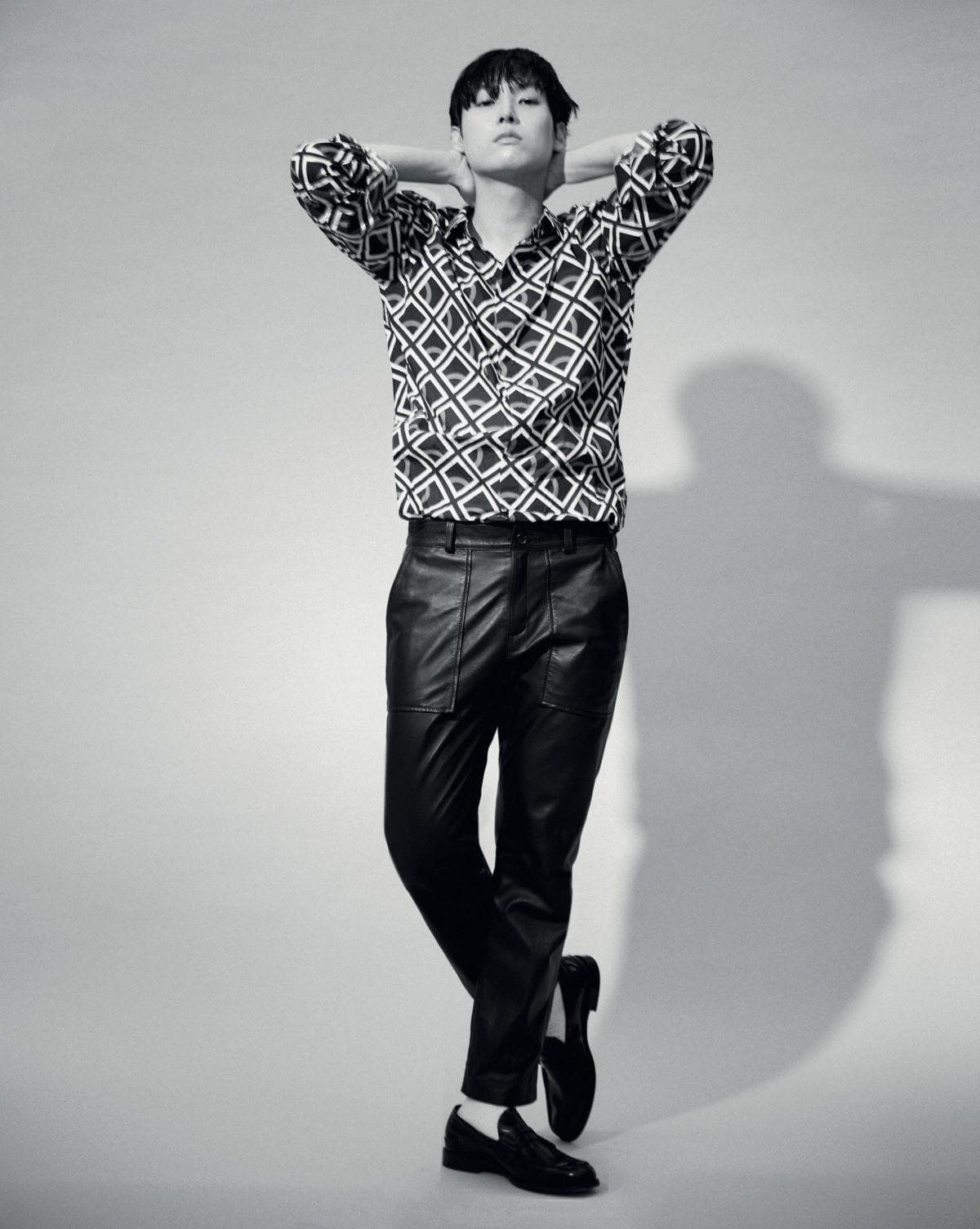 Inseong also shared what he wants to try out in the future. “If I ever get to host a radio show, I think I’d have a lot of fun with it,” he said. “Recently, I’ve finished filming the web drama ‘Dok Go Bin Is Updating‘ (literal title) with Hwiyoung, and I want to keep on acting. It was so hard that I admired the other SF9 members who act, but acting has its own appeal.”

Hwiyoung talked more about his web drama with Inseong, where he acted as an AI robot. “My facial expressions were a big challenge for me,” Hwiyoung said. “There’s a face that I consistently make because I’m a robot. It’s not quite artificial but somehow awkward. It makes others wonder who my character really is.” 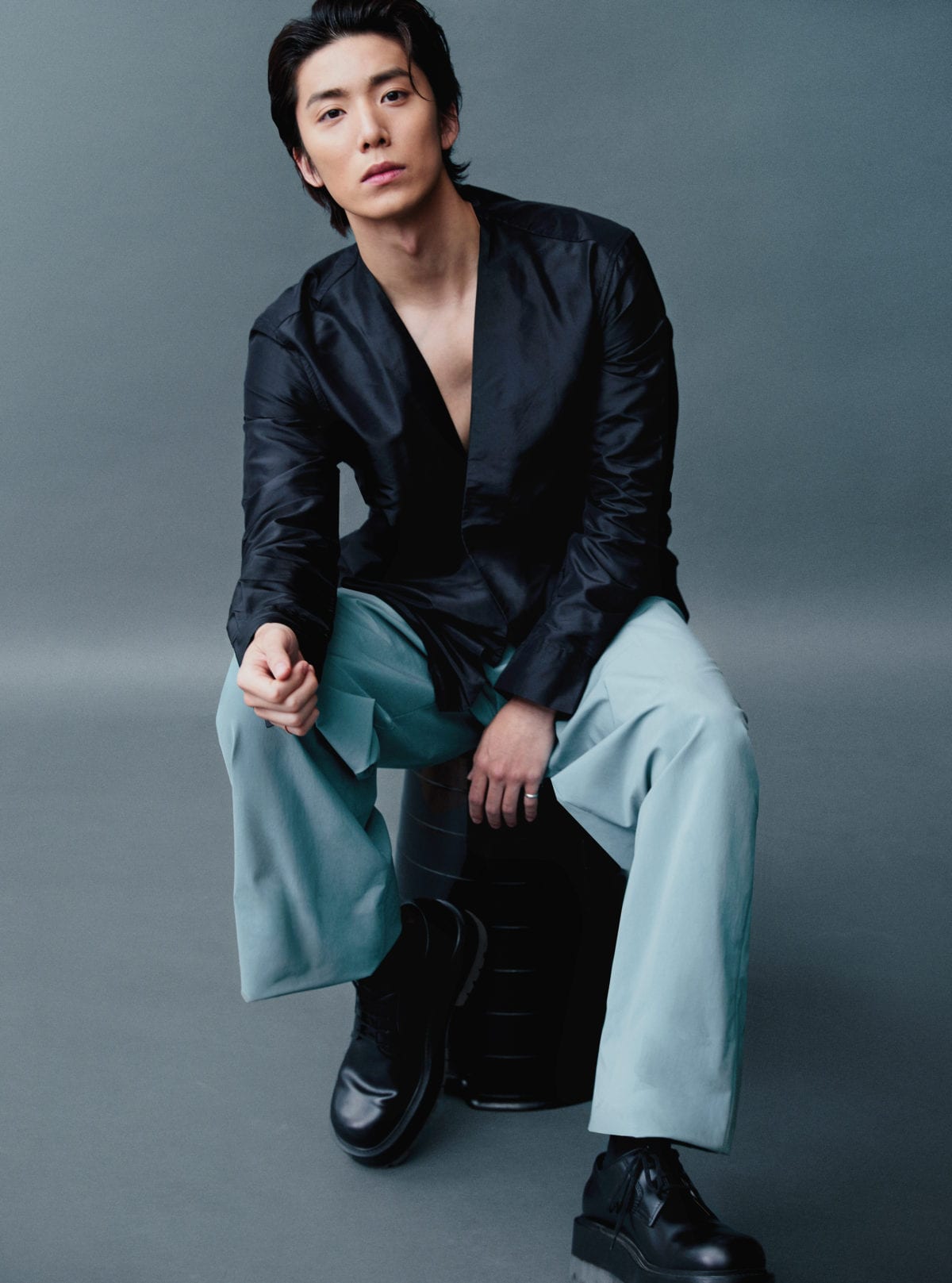 When asked about his true self, Hwiyoung said, “I heard that Inseong said that I can be cute, unlike my outer appearance. To Inseong, I’m like a reckless little brother. I can always act like a kid because Inseong sees me as one.”

Hwiyoung then talked about what it’s like to live with eight other members. He shared, “It wasn’t easy at first because we started to live together as people who all grew up in different environments and had our own lifestyles. However, after continuing to spend time together, I started thinking, ‘We all live the same way.'”

Hwiyoung also described Inseong. “He’s smart, fun, and knows how to make the other person feel comfortable. There’s not a lot of people like him.” 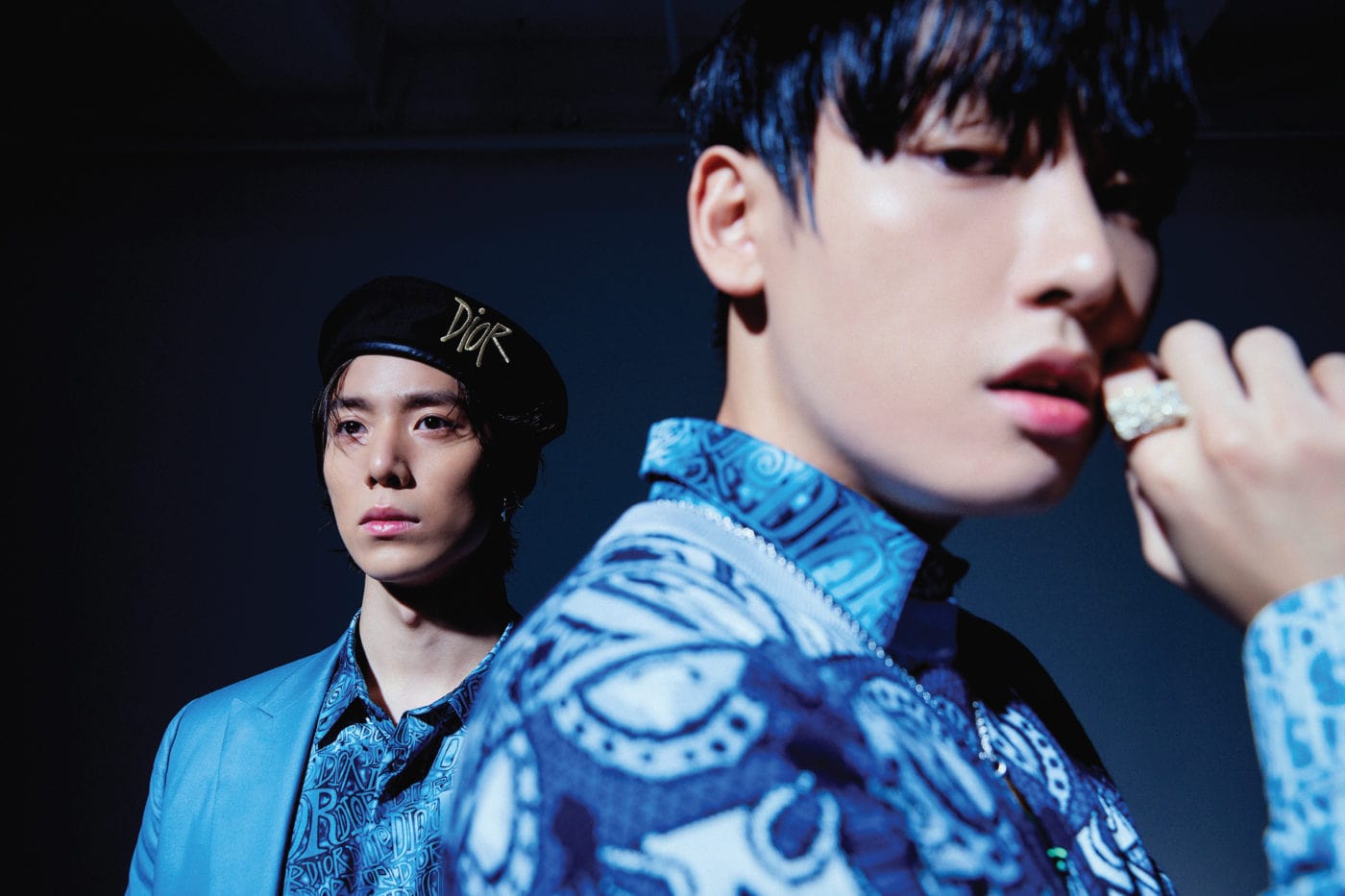 On the topic of SF9’s debut, Hwiyoung admitted that debuting when he was in high school wasn’t easy for him. “When I look back on it, I don’t think that I was happy,” he said. “It was something that I’d wanted to do, but I was only thinking about how I had to survive in an intense competition. It was too much for me to handle when I was younger.”

He continued, “When I think about it now, I feel a bit regretful. I should’ve loved the decisions and choices that I made for myself. I think I can show off unique sides to myself once my way of thinking matures and as my heart grows like my body has.”

Hwiyoung shared what’s been on his mind lately. He said, “I have friends who make music together, and they once said that they’re worried they won’t have anything left even after working hard. I related to that. We grow too confident in the fact that we’re working really hard in life. Later on, if I feel like I haven’t achieved anything compared to how hard I’ve worked, I think I’d be very disappointed.” 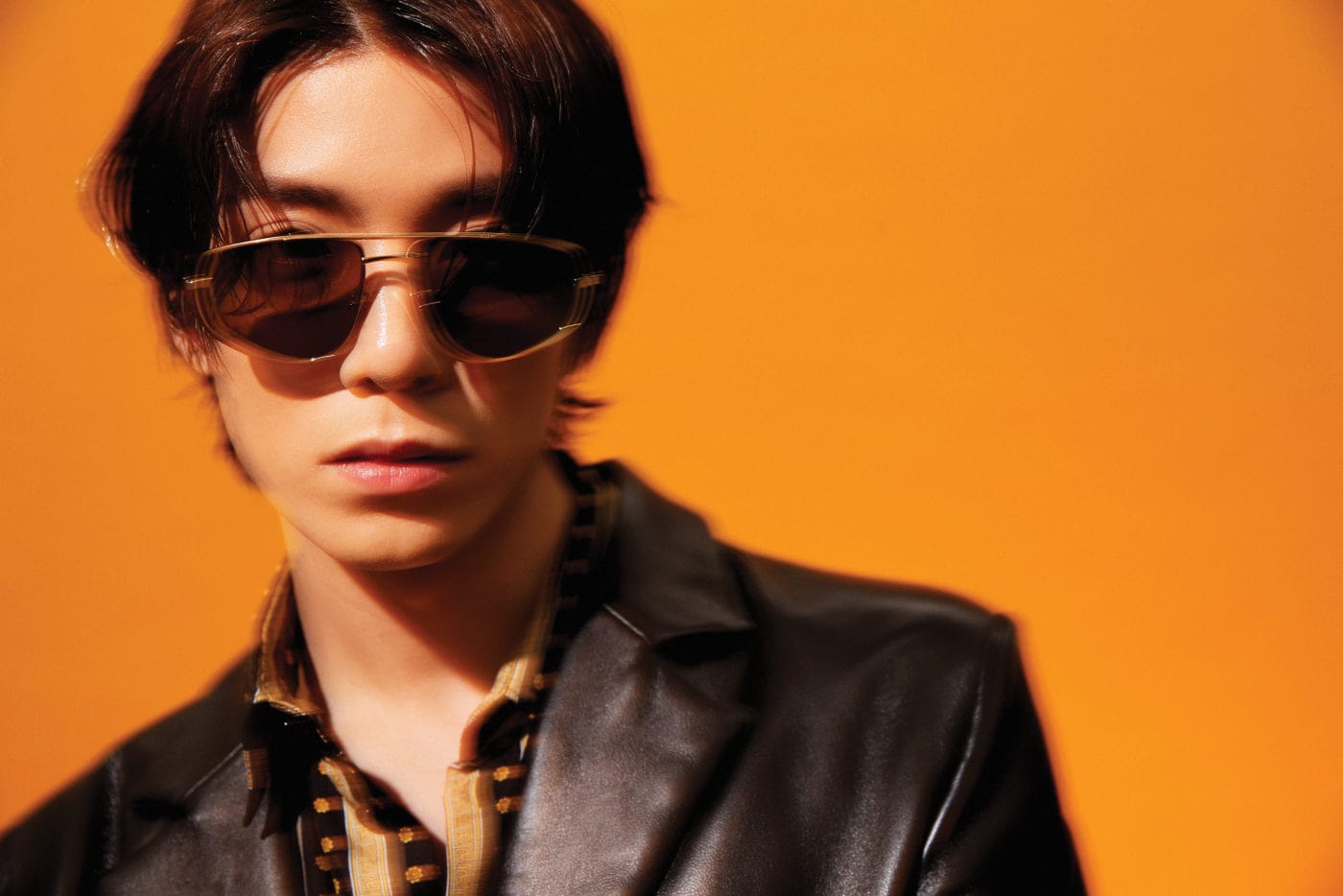 To conclude, Hwiyoung talked about what he’d like to improve about himself. “I’m the type to be sensitive, so there are times when I react impulsively according to how I feel,” he said. “I need to be more relaxed and know how to become more open-minded.”

He then added what he likes about himself. “I think I’m nice,” he said. “I don’t mind if someone hates or dislikes me. I just think, ‘It’s because I’m lacking something, and that person might be going through hard times.’ I just wish everyone would live happily.”

SF9
GQ
Inseong
Hwiyoung
How does this article make you feel?