“Lonely Enough To Love” Teases The Beginnings Of A Love Triangle

In the new stills, “Lonely Enough to Love” previews the beginnings of a love triangle. Lee Na Eun (Kim So Eun) and her friend Kang Hyun Jin (Park Gun Il) appear to be celebrating something, laughing and giving each other high-fives, when Cha Kang Woo (Ji Hyun Woo) makes an appearance. Both Kang Hyun Jin and Cha Kang Woo flash Na Eun a sweet smile.

A source from the drama said, “With the return of Park Gun Il, a love triangle begins between Ji Hyun Woo, Kim So Eun, and Park Gun Il. Two charming men and one lovely woman. Please tune in to the precarious romance and shifting emotions.” 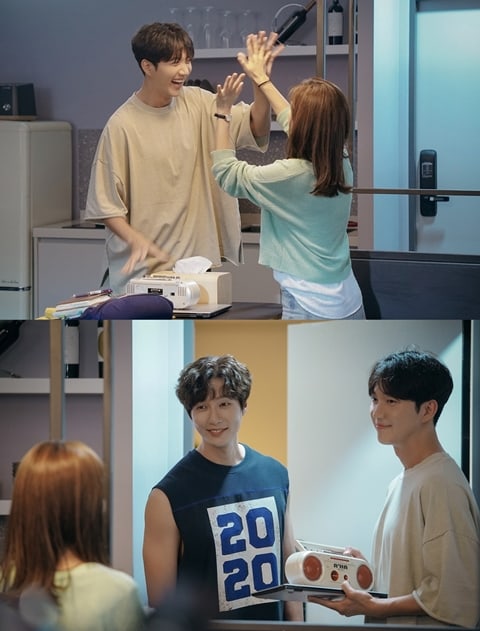 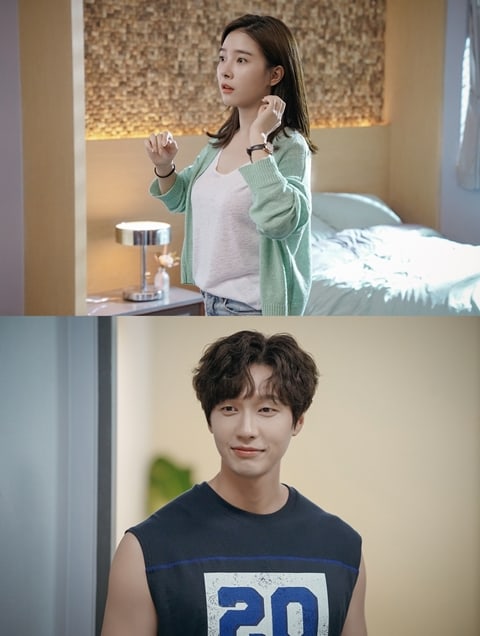 In another set of stills, we see Cha Kang Woo and Lee Na Eun sitting side-by-side in a laundry room, when Na Eun dozes off and falls onto Kang Woo’s shoulder, taking him by surprise.

A source from the drama commented, “In the third episode, Ji Hyun Woo and Kim So Eun become a little bit closer. They’ve begun to take interest, and they start to take a closer look at each other. As this is happening, they run into each other more often and unintentionally experience physical intimacy as well.”