Based on a popular webtoon of the same name, “Love Revolution” tells the story of love and friendship between students and centers around the couple Gong Ju Young (Park Ji Hoon) and Wang Ja Rim (Lee Ruby).

In the newly released teaser, Gong Ju Young gets ready to take a photo with Wang Ja Rim. He poses happily in front of the chalkboard with his arm around Wang Ja Rim’s shoulders. However, much to Gong Ju Young’s annoyance, the two are soon joined by their friends. Everything in the teaser including the poses, outfits, and hairstyle completely aligns with the scene from the webtoon.

Furthermore, both the teaser and poster highlight Gong Ju Young’s and Wang Ja Rim’s contrasting personalities. Wang Ja Rim has a nonchalant and haughty attitude, but she slowly begins to loosen up after constantly receiving affection from Gong Ju Young, who poses brightly with an energetic peace sign.

Similarly, the poster depicts the main characters posing in front of a chalkboard with the addition of WJSN’s Dayoung, who plays Oh Ah Ram, a popular girl who is athletic and easy-going. The text on the poster reads, “We can’t have such a thing as a sweet romance!” emphasizing the comedic aspects of the upcoming drama. 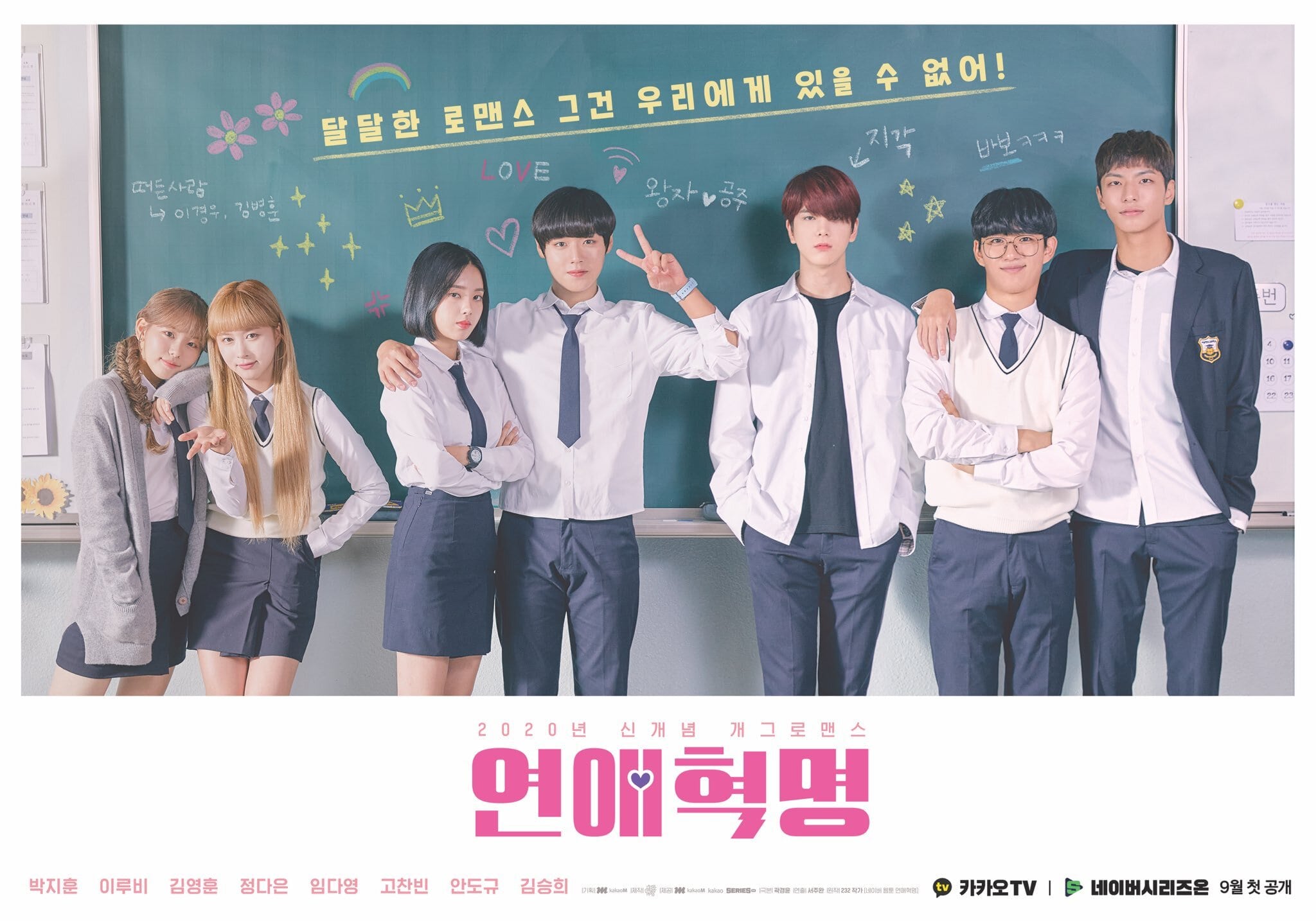 “Love Revolution” will have 30 episodes that 20 minutes each. The drama will premiere in September and will be available on Viki.