The drama is about various people who gather at a house called Samkwang Villa run by a woman named Lee Soon Jung (Jeon In Hwa). It shows how people who start off as strangers begin to open up their hearts and love one another, and the show conveys the message that no matter how tough the world gets, the priceless warmth of love still exists in human relationships. 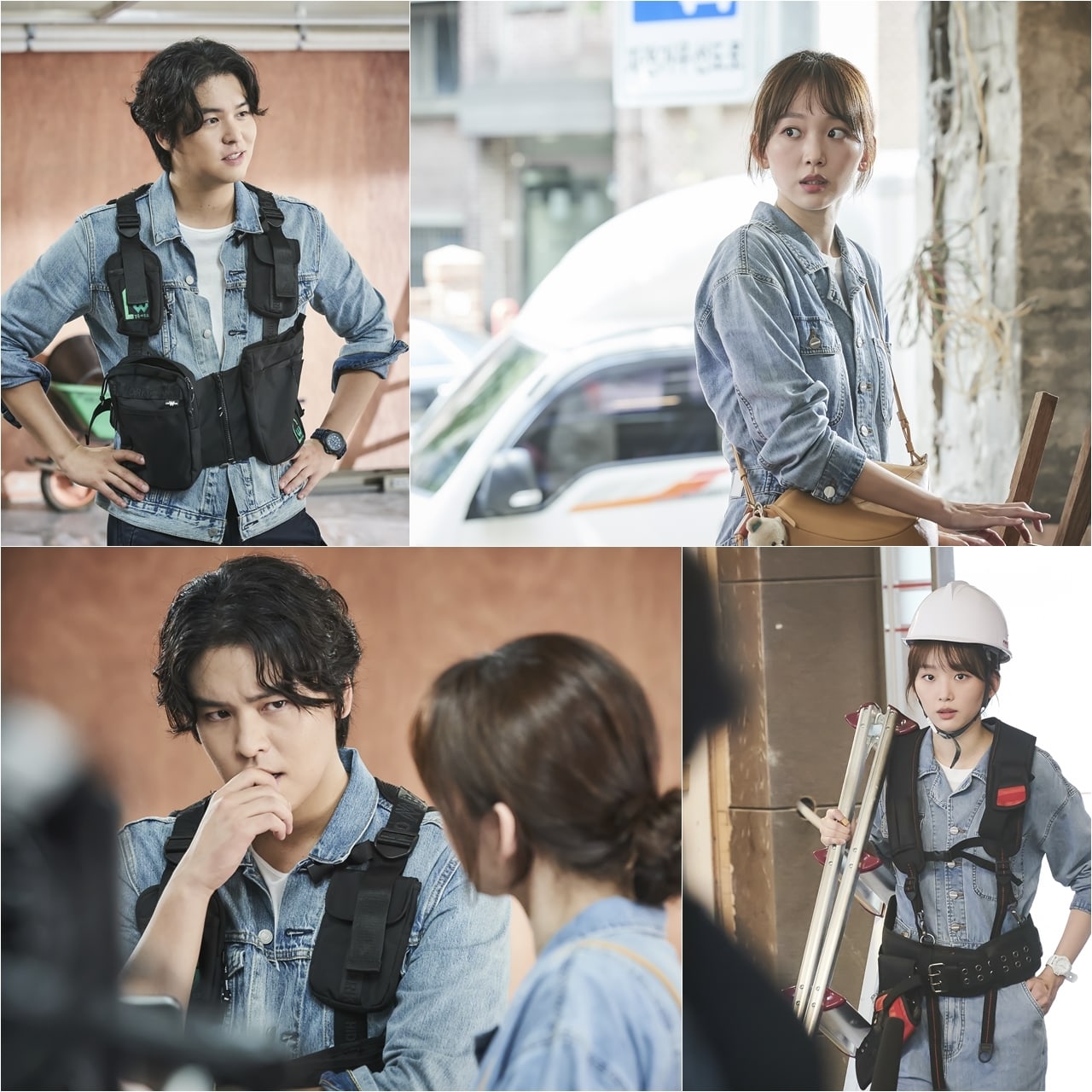 With Woo Jae Hee’s prideful attitude and self-confidence and Lee Bit Chae Woon’s desire to lead in her area of expertise, the two can’t help but clash on multiple occasions at the construction site.

The production team also raised anticipation for the exciting and heart-fluttering relationship between Woo Jae Hee and Lee Bit Chae Woon in the upcoming drama, emphasizing their love-hate chemistry. They shared, “The combination of Lee Jang Woo, who’s a gentleman that is considerate of others even while immersing himself into his role, and Jin Ki Joo, who passionately showcases her great tenacity like her character in the drama, is great beyond expectations.” The production team also asked viewers to anticipate their upcoming romance story this fall.

“Homemade Love Story” will premiere on September 19 at 7:55 p.m. KST following the conclusion of “Once Again.”

In the meantime, watch the latest episode of “Once Again” on Viki: