Kim Hee Sun plays both the eccentric genius physicist Yoon Tae Yi and the loving mother Park Sun Young, and in the new stills, we see Kim Hee Sun — who previously revealed that this is her first time using a gun in a role — in action. Dressed head to toe in black, she takes a man down and holds him a gunpoint as Kwak Si Yang looks on.

A source from the drama said, “Kim Hee Sun fearlessly executed action scenes. She practiced with the martial arts team and did her best. This scene will be an important kick-off point in the first episode. Please tune in to see why her character is here, who she is up against, and what kind of story will unfold in ‘Alice.'” 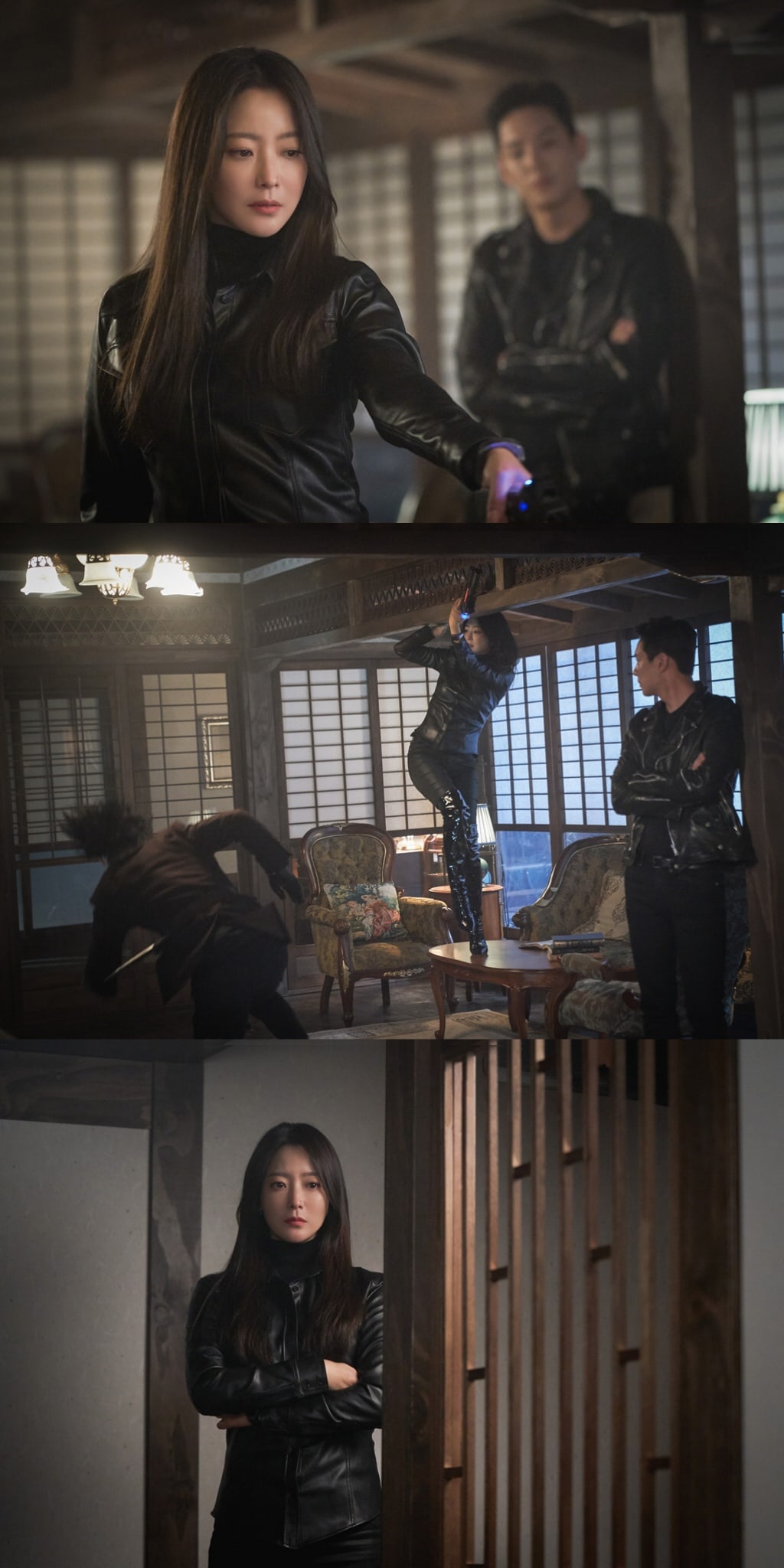