SHINee’s Taemin Talks About Growing Up In The Spotlight, His Pop Culture Tastes, And More

SHINee’s Taemin recently participated in a pictorial and interview for W Korea.

At the beginning of the interview, the reporter mentioned being shocked that Taemin was in the 12th year of his career. Taemin said, “At this point, there are things I’m seeing for the first time, but there are a lot of things that are the same. Earlier this year, I did my hair and dressed up the way I looked during my debut at 16 and took a photo. I posted it on Instagram and the fans really thought it was an old photo of me. But I still think I look older.” 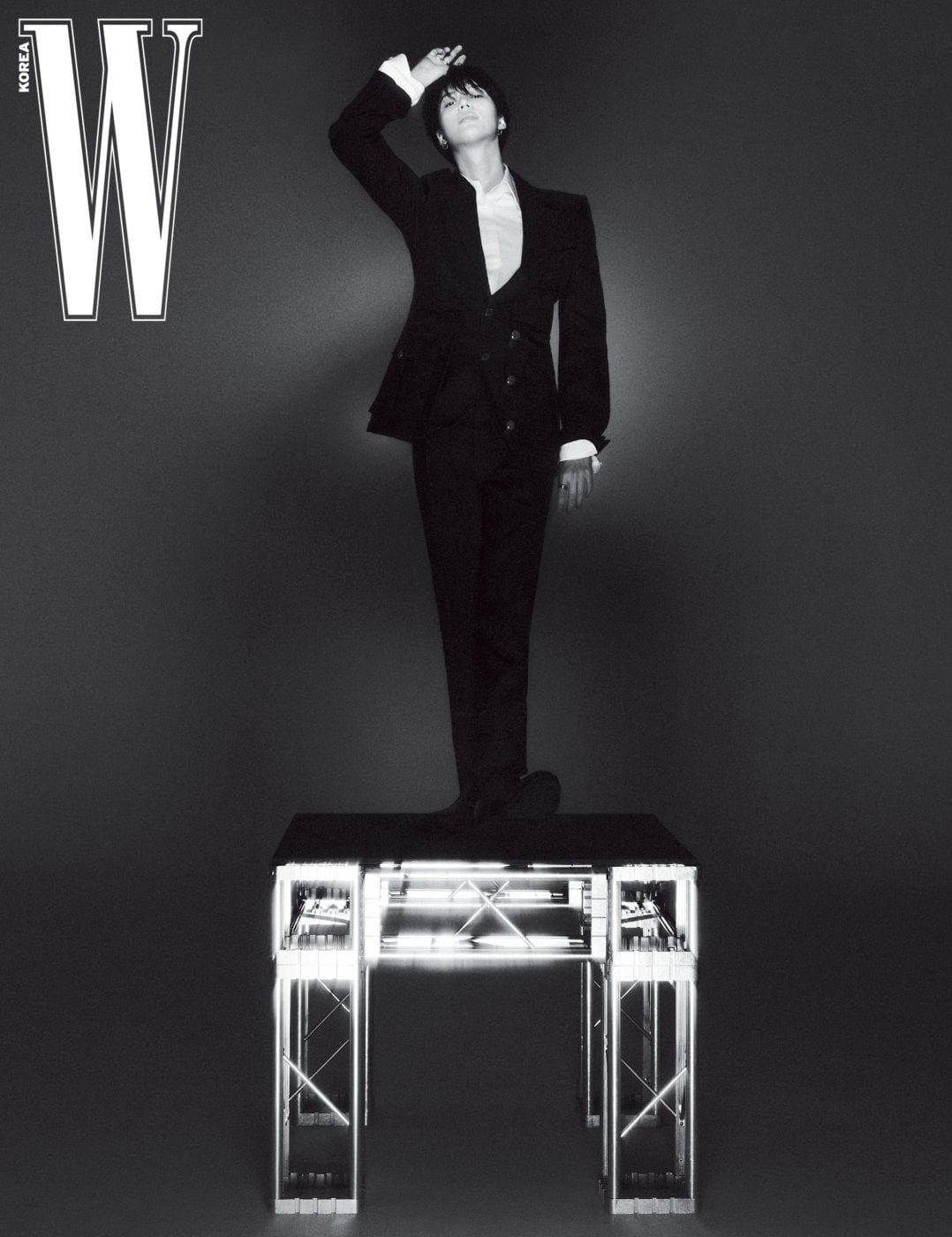 Taemin debuted with SHINee in 2008 and went on to launch a successful solo career and is now also part of SM Entertainment’s project group SuperM. He said, “When I look back on my life, it seems fascinating even to me. I was 13 when I entered SM Entertainment and I turned 28 this year. I’ve been a singer for almost half my life. I’ve been running on this road for a long time. I think that I had a lot of greed when I was younger. Because I was ambitious, I was able to debut with SHINee and get the chance to debut solo. Lee Soo Man came up to me one day and asked me to cover any pop song and send it to him. I wondered what that was about, but it turned out that it was for me to release a solo album. I think it was a test, now that I think about it. I feel a sense of accomplishment. Of course, there was a lot of luck involved.” 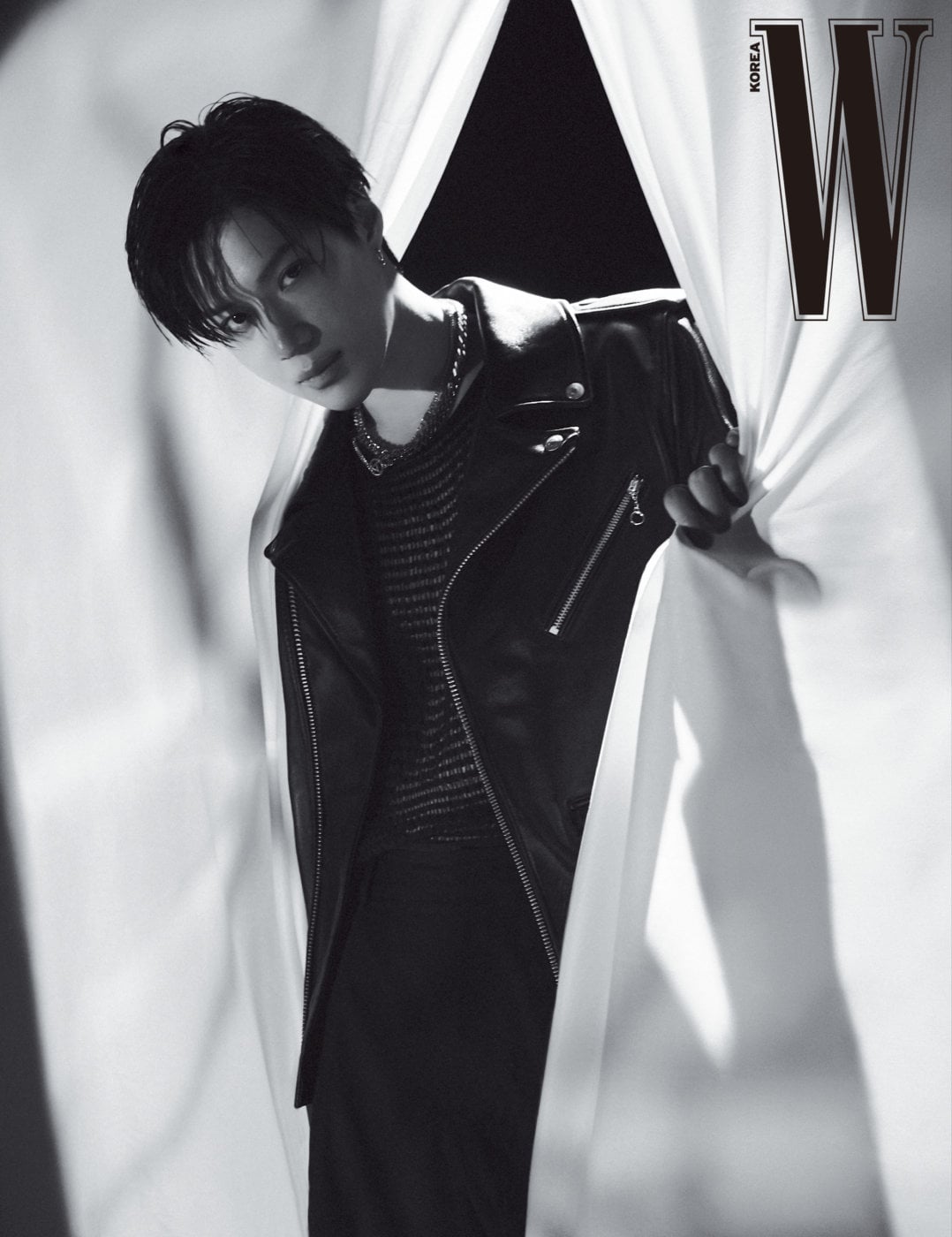 Taemin and the interviewer agreed that 2012’s “Sherlock” had been a turning point for him. “‘Sherlock’ came out when I had just turned 20, when I had just come of age,” he said. “After that, I changed how I behaved on stage. I tried a lot of different things while performing ‘Sherlock’ instead of doing what I had decided in advance. I think it helped that there was a long hiatus before ‘Sherlock.’ I was able to prepare a lot more, and I was influenced by the other members. All of them have such big stage presence that I needed to prepare and practice a lot in order to survive among them. Also, the members started to resemble each other the more that we were together. Thanks to them, I was able to see new perspectives and awaken hidden parts of myself.” 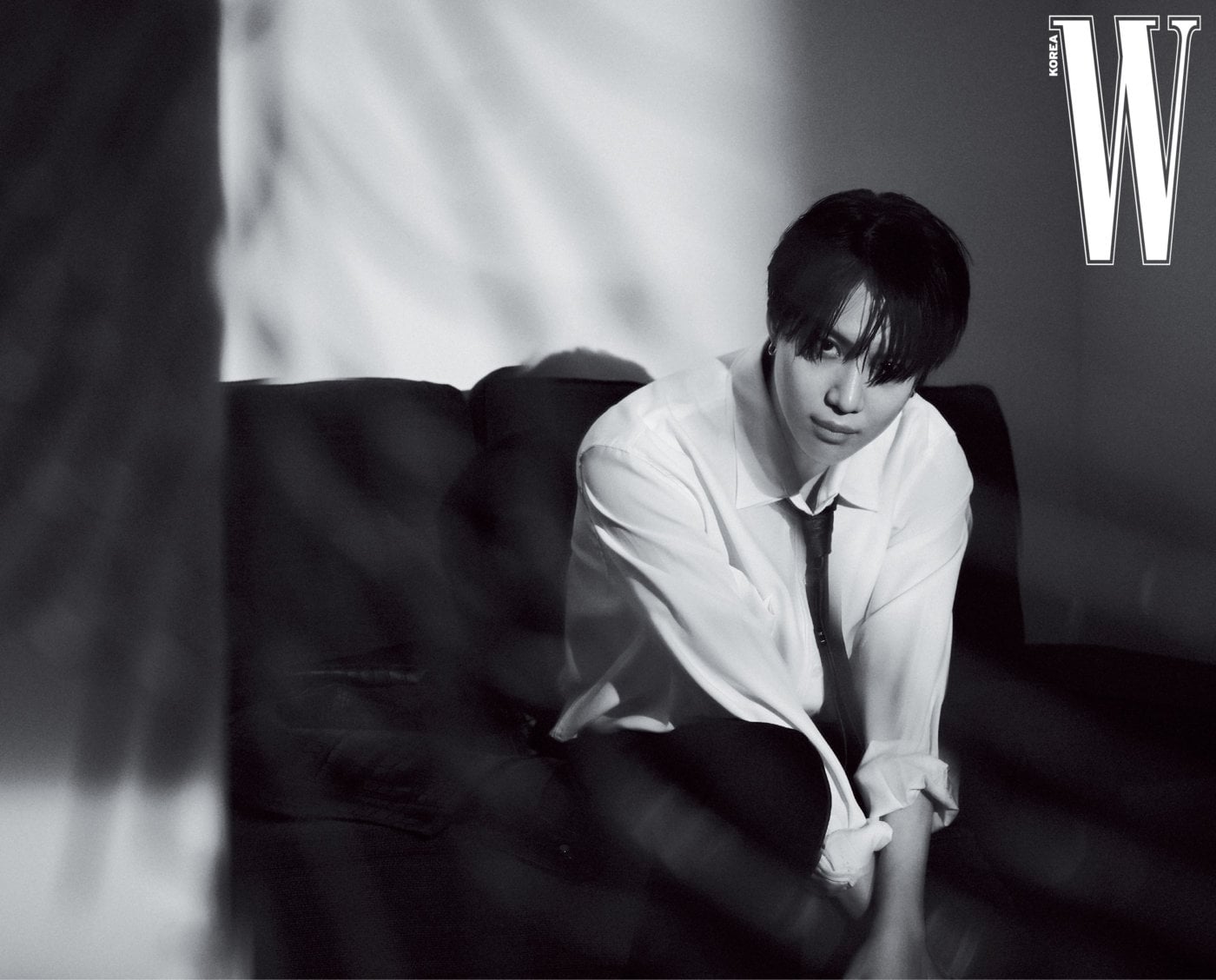 Taemin shared that he was into the British TV series “Black Mirror.” “I’m the type to like unusual things,” he said about his pop culture tastes. “I used to try and avoid movies that were popular. I felt that those movies were repeating elements that had already been popular with consumers before. But I slowly came to like things that I could watch with a light heart. These days, I put on a movie and do something else while watching it. In the past, I would watch old independent movies or thrillers according to my taste and I would get really tired after watching one film. Because I focused so much while watching them, I used up a lot of energy.” 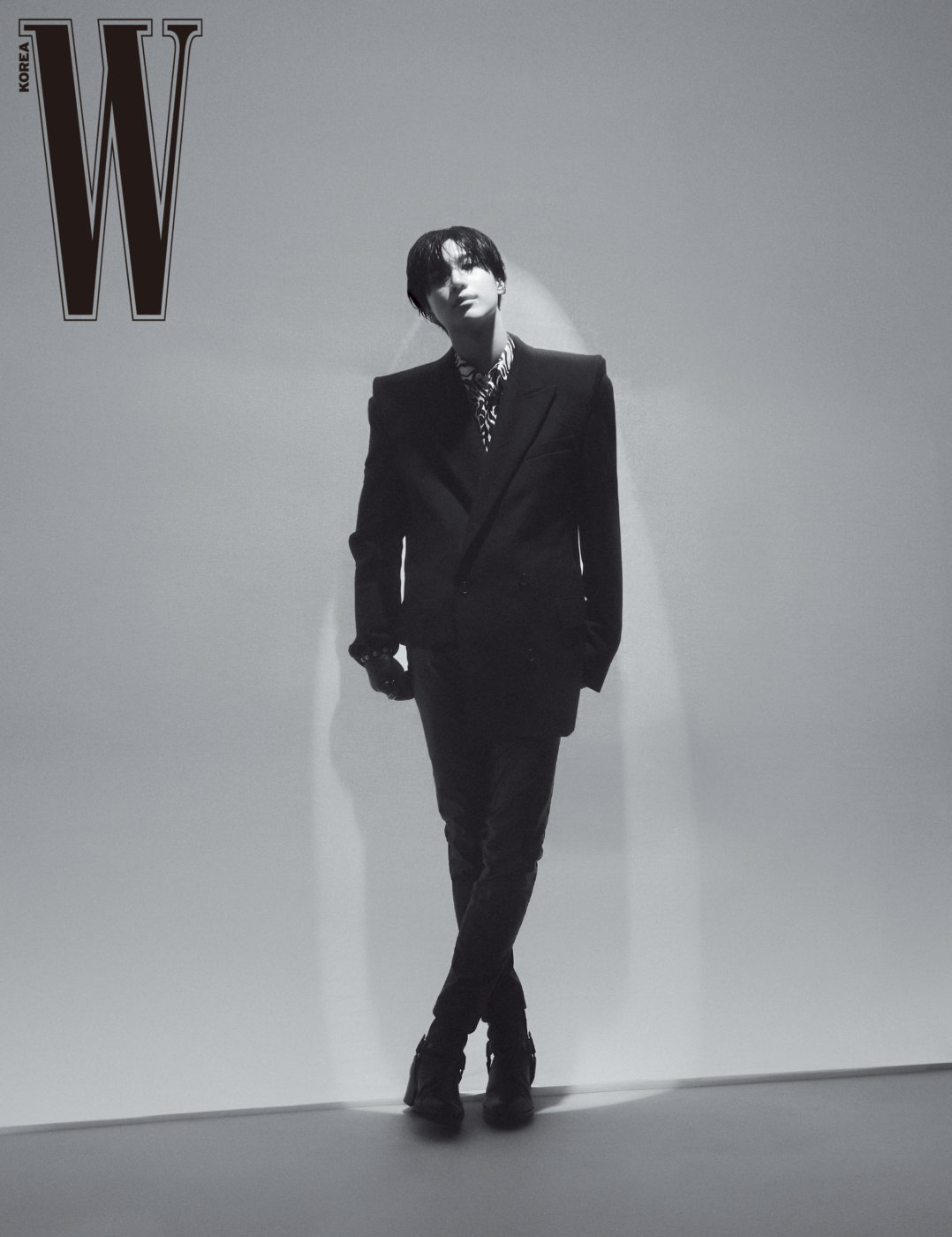 About his upcoming album, he said, “I hope that it’s another turning point for me. Like ‘Sherlock,’ I want to use this chance to change the person that I am. As a person and also as a performer. People might listen to this album and like it or not, but I don’t want to worry about that anymore.”

Taemin is gearing up for the second part of his solo comeback, “Never Gonna Dance Again Act 1,” on September 7. He will also be releasing a new single with SuperM, “Tiger Inside,” on September 1. 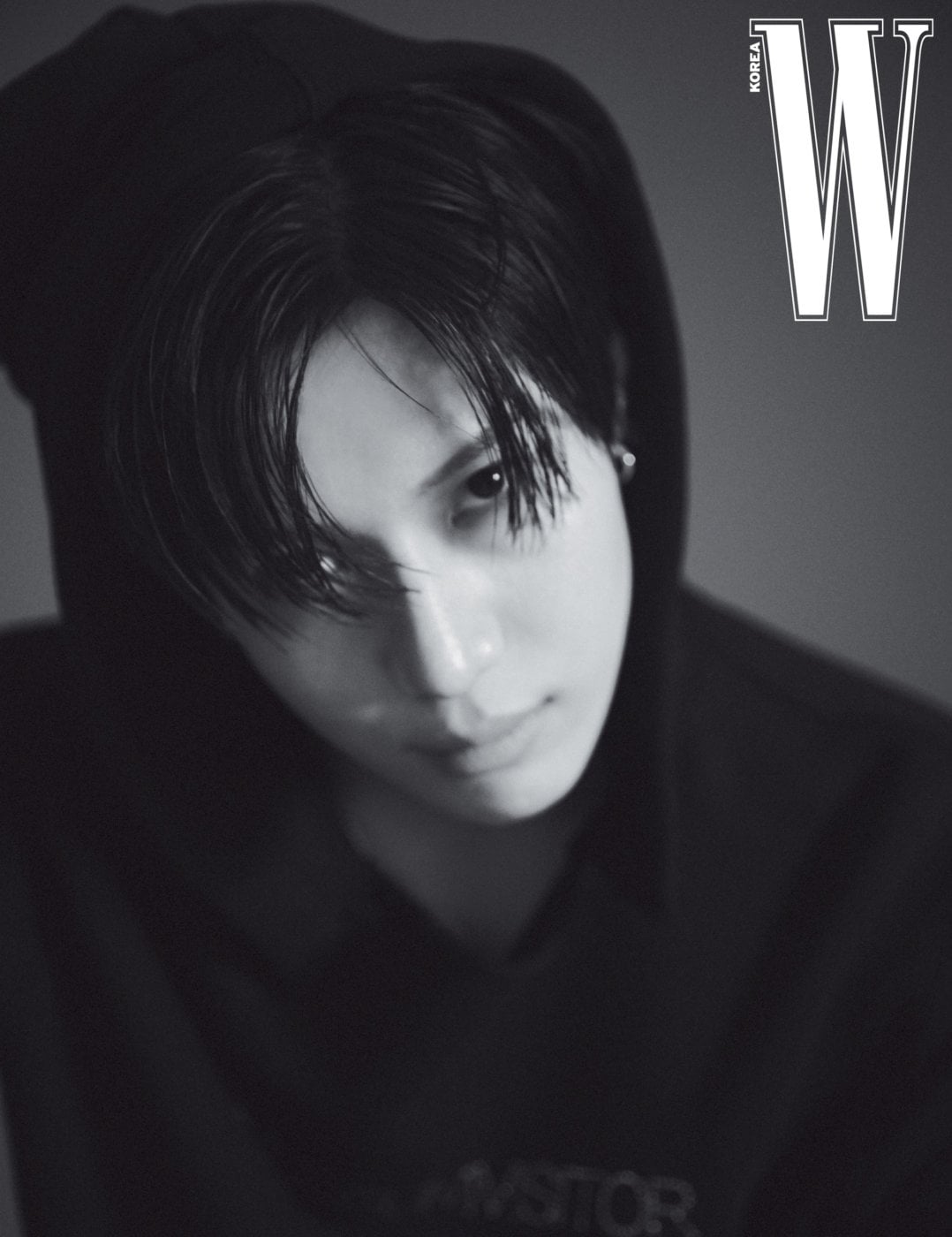 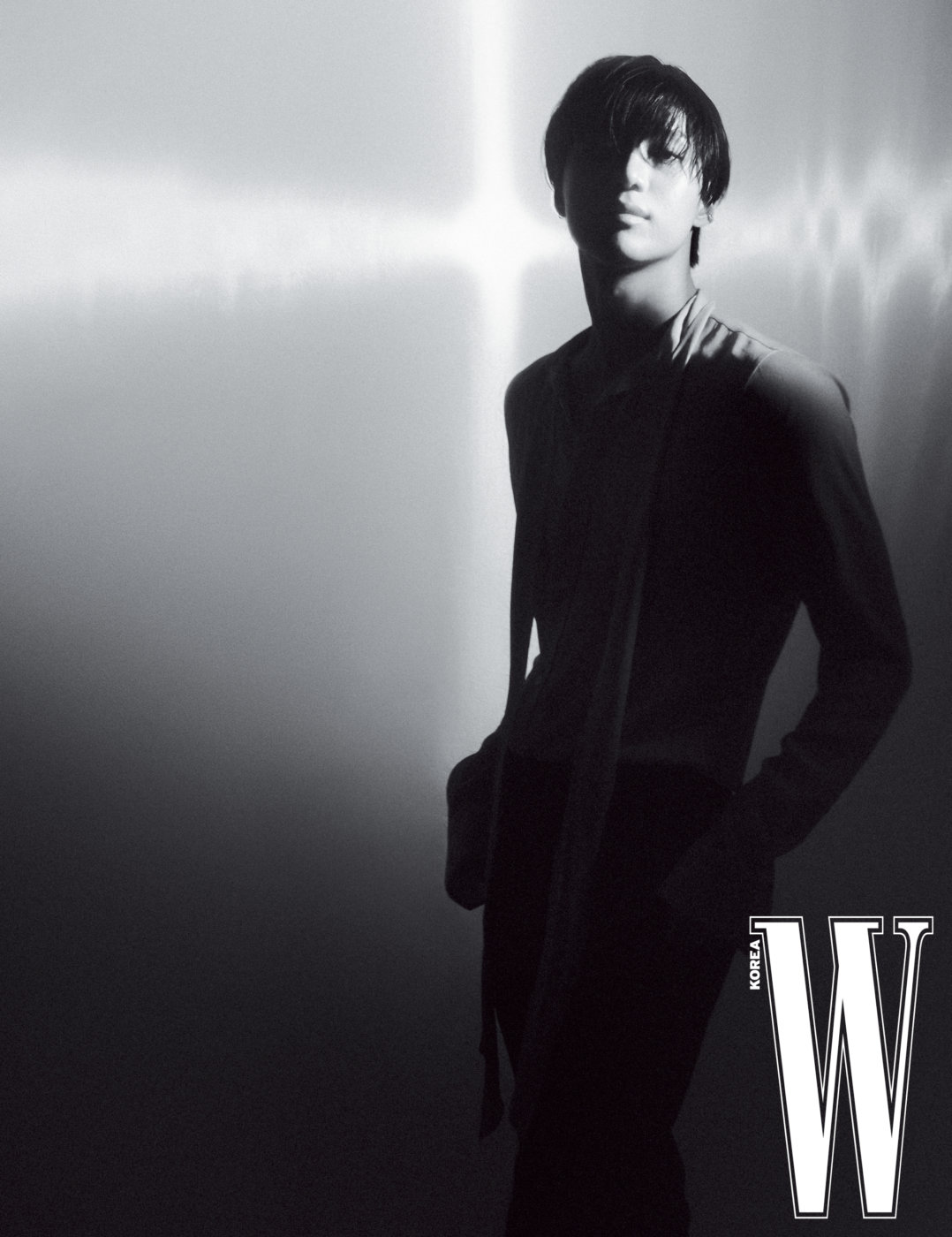 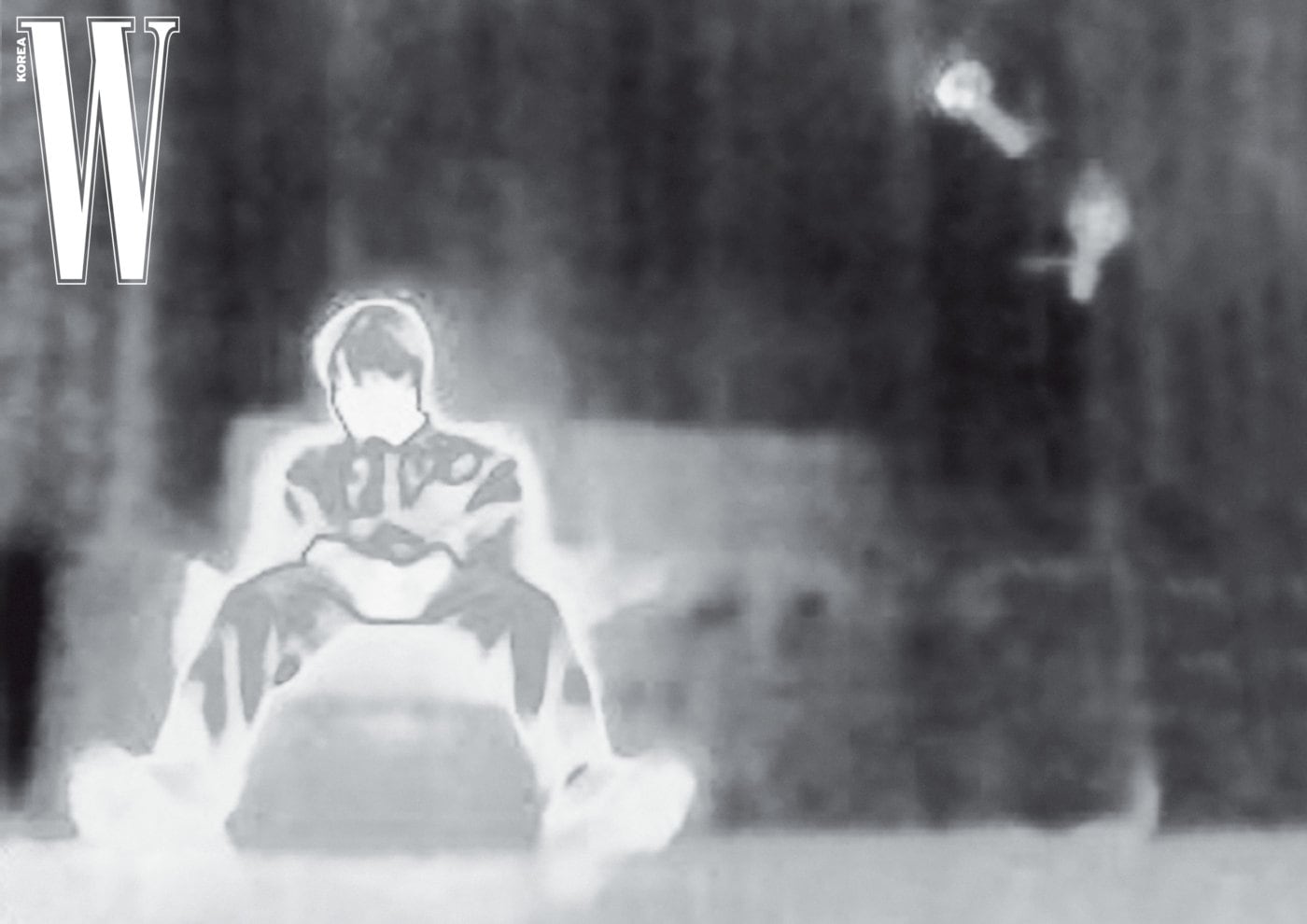 Check out “SuperM The Beginning” below!

SHINee
Taemin
W Korea
How does this article make you feel?