“Private Lives” is set in the current age in which people share, steal, and fabricate their private lives. The drama is about con artists who mobilize all their techniques to disclose the nation’s major “private life.”

Seohyun plays Cha Joo Eun, a con artist who scams people to get by in life. “As soon as I read the script, I knew I wanted this project and this role no matter what,” she said. “I remember that I did nothing but read the script all day. It was so exciting that I didn’t even notice the time passing.”

She described her character as, “She grew up in a world of lies and scams, so it naturally became a part of her. She grew up watching her parents do ‘scams,’ so she understood how the world worked faster than her peers. She’s very realistic and can observe her situation objectively. She’s very confident, action-oriented, and has a lot of initiative, but this is a defence mechanism that stems from the fact that she finds it hard to trust people. When it comes to love, she is awkward and fragile.”

To prepare for her con artist role, Seohyun focused on Cha Joo Eun’s mastery of disguise. “I read a lot of books and watched a lot of documentaries to learn about various jobs,” she said. “I also chose my clothes more carefully in order to portray how Cha Joo Eun’s emotions changed for each situation. But her gift with words and her ability to quickly grasp a situation were more important than her clothes. Her gift is making people think lies are truth. But I didn’t want it to feel like I was just copying someone, so I did my best to bring out the parts of myself that were most similar to Joo Eun.” 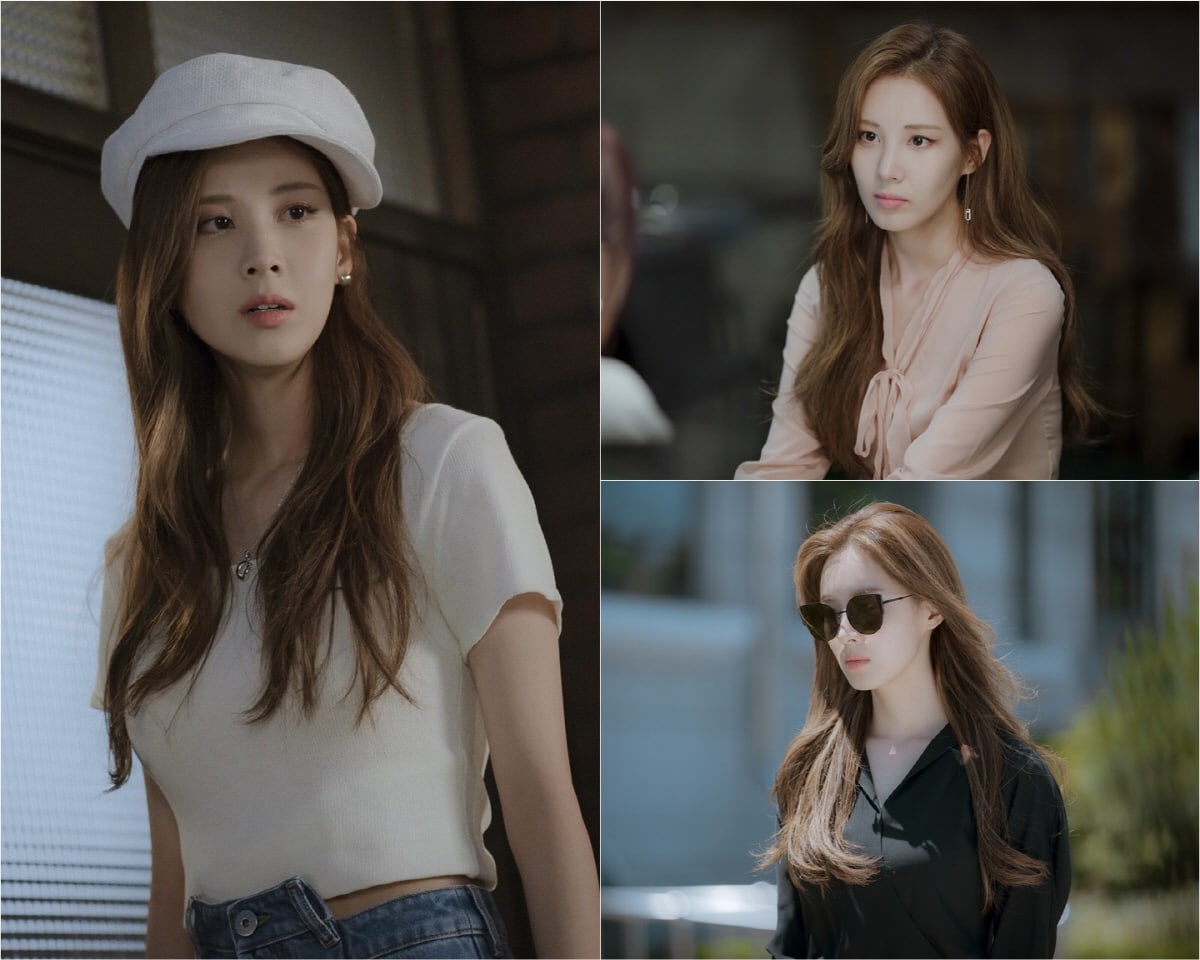 About the other cast members, she said, “[Go Kyung Pyo] is an actor who is as great on the inside as he is on the outside. He is always respectful on set and helps ease my nervousness. I think that’s why it was possible to create more beautiful and heart-pounding scenes together.” About Kim Hyo Jin, she said, “She is friendly and creates a good atmosphere before filming begins, but as soon as the cameras turn on, the look in her eye changes. I am impressed by that every time.” She added, “Kim Young Min, Park Sung Keun, and Song Sun Mi are also a lot of fun to work with and the chemistry is real. It’s a lot of fun being on set.”

At the end, Seohyun shared her hopes for the drama. “I want it to be a drama that helps people think deeply about the truth that we should not forget who we are in a world where people deceive one another,” she said. “I also hope that people can forget the difficult real world for a moment through ‘Private Lives’ and enjoy a moment of refreshing thrills. I hope that the viewers will fall in love with Joo Eun, who has stolen my own heart.”

“Private Lives” is set to premiere in September. Last week, the drama production was put on hold to prevent the spread of COVID-19 following a new outbreak of the virus in the Seoul metropolitan area.

Check out Seohyun in “Bad Thief, Good Thief” below!