Joo Won Describes A Scene In “Alice” He’s Excited To See, Talks About What Makes The Drama Unique, And More

“Alice” has given new looks at lead actor Joo Won in the drama!

On August 27, the producers of the show shared stills of Joo Won and talked about his role as the detective Park Jin Kyeom. Park Jin Kyeom was born emotionless after going through a radioactive wormhole when his time traveler mother was pregnant with him. He’s therefore a bit different from other people, and his only family member and friend was his mother Park Sun Young.

However, 10 years ago when Park Jin Kyeom was in high school, his mother died mysteriously. He decided to become a police officer in order to find her murderer, and he’s the perfect fit for the job, as he’s clearheaded, quick-witted, sharp, and athletic.

The producers of the show stated on August 27, “The first episode that airs tomorrow will feature the reason that Park Jin Kyeom was born emotionless, his unique development process, the shocking incident that happens to him, and the story before he becomes a police officer.” They added that his character’s sharpness will be the main key to the story’s development.

Another set of stills gives a new look at a critical scene in the show. The producers shared that the premiere includes a scene in which Joo Won goes up on a roof on his own and ends up embroiled in a shocking incident. They said, “This will have a big impact on the relationship between Joo Won and Kim Hee Sun in the show. It’s a very important scene, and you’ll see how Joo Won’s strong focus and acting ability shines.”

Joo Won also shared some thoughts about the upcoming drama.

“Usually when people think of ‘sci-fi,’ they think of something really fancy with a lot of CGI,” he said. “‘Alice’ has parts like that, but it’s new because it’s ‘human sci-fi.’ I think there haven’t been many projects that bring together ‘human’ and ‘sci-fi’ stories.”

He went on to say, “I think viewers will find many aspects charming, including the many things to see, the warmness, and the things to relate to.”

When asked what to keep an eye out for, Joo Won said, “The amazing action and the cast’s enthusiastic performances.”

Since he’s playing a detective in the show, he’s had to take on a lot of different action scenes. He said, “The action scene in the bookstore is the one I remember the most, because in addition to being big in scale, I had to do a lot of moves on a wire. I’m also curious and excited to see how that scene looks in the episode.” 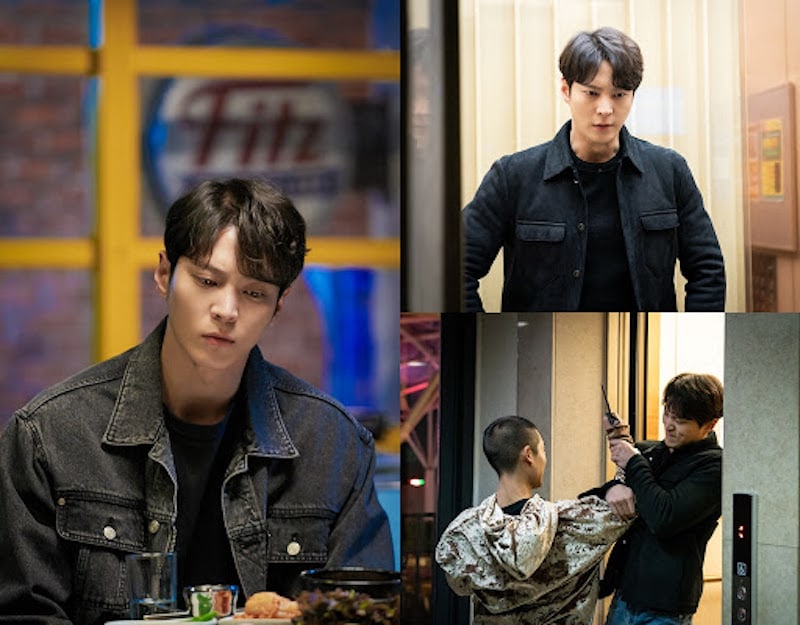 Watch a teaser for the show below!