Stray Kids Talks About Being Inspired By Senior Idols, Chemistry Between Members, And More

In a recent interview and pictorial for Singles magazine, Stray Kids discussed their goals for the future and their love of music.

While preparing to make their highly-anticipated comeback next month with “IN生” (“IN LIFE”), the repackaged version of their first full-length album “GO生” (“GO LIVE”), the group sat down to talk about their journey as artists.

Han and Bang Chan spoke about the process of producing their own music, remarking, “Although we like the hip hop and R&B genres, when we’re making music, we also write a lot of songs with quieter vibes. We try to express a lot of different kinds of things through our song titles and lyrics. Although there’s a message that we want to convey through our lyrics, how the listener interprets [those lyrics] is also important. There are a lot of fun ambiguities to be found [in our songs].”

As for their ultimate goals as musicians, the Stray Kids members shared, “We want to keep presenting a genre that is uniquely our own,” adding, “We want to become a group that receives acknowledgment from many people all over the world for music that we made ourselves.”

Emphasizing his determination to succeed, Changbin remarked, “My goal is to achieve my dreams, and right now, that’s all I think about.” 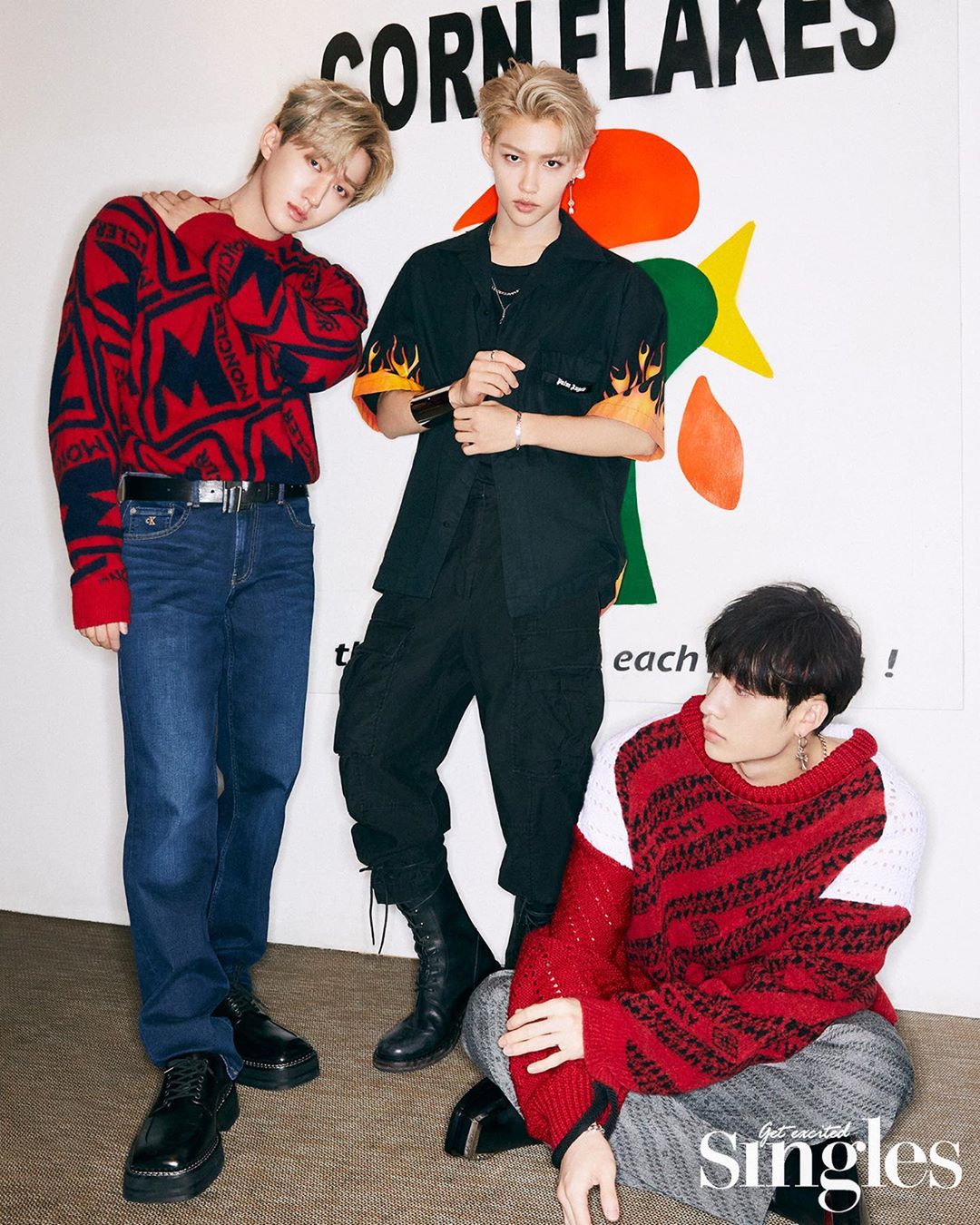 Hyunjin mentioned that he often turned to senior idols like SHINee’s Taemin and BTS’s Jimin for inspiration as he worked on improving his dancing. “I watch videos of Taemin and Jimin, whom I admire, over and over and over again in order to keep myself focused and also find inspiration,” he said. “I think working hard at the work you want to do is the definition of youth in and of itself.”

Looking back on how he ended up joining the group, Seungmin recalled, “When I first became a trainee, everything was unfamiliar, and for a while, I had a hard time adjusting. I felt like I had become an outsider, but before I knew it, I had adjusted, and I worked hard to train and eventually became a member of Stray Kids.” 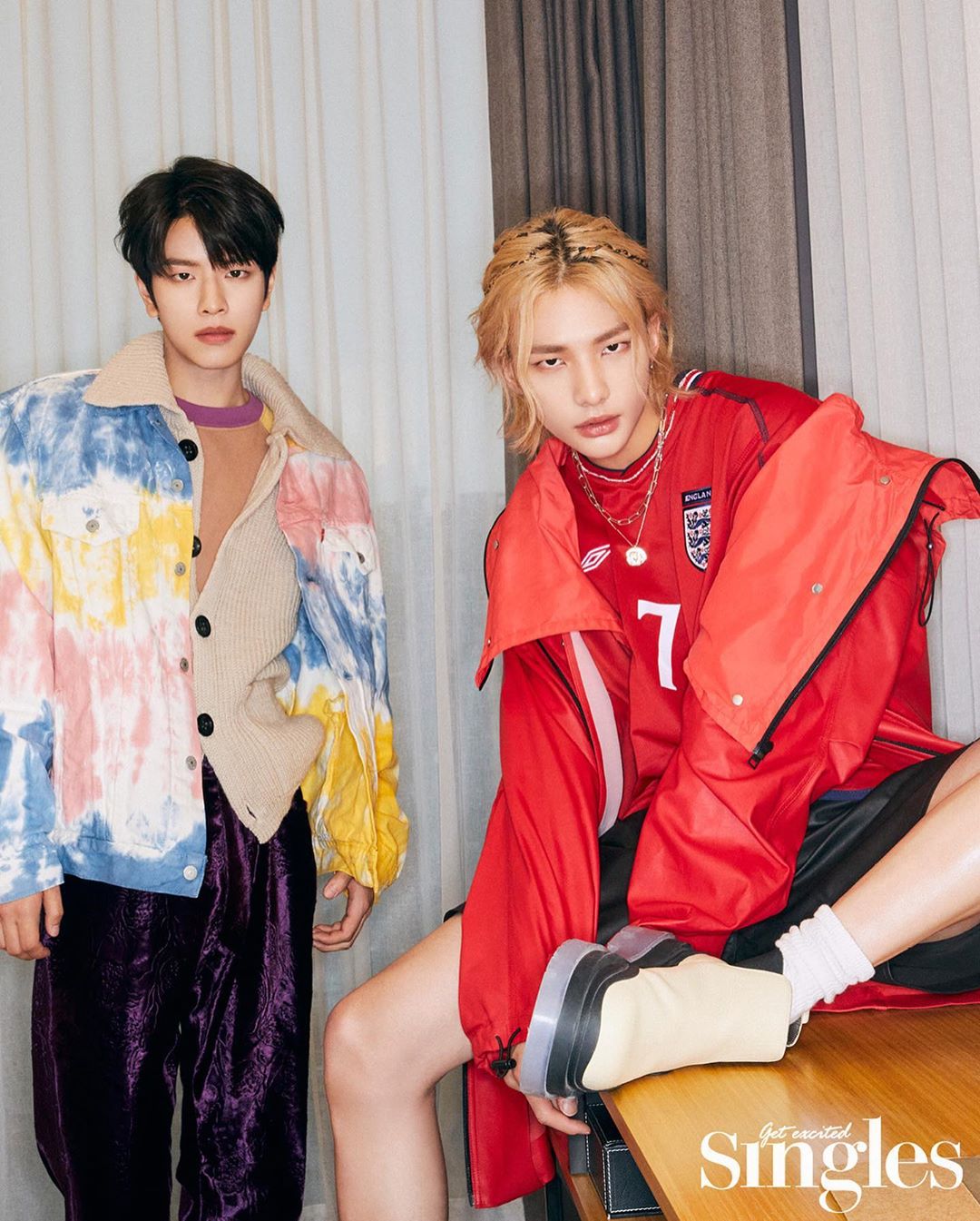 Stray Kids is well-known for the chemistry between the group’s various members, with fans coming up with over 20 different nicknames for “unit” pairings of different members.

The idols shared that they were delighted by some of the adorable nicknames fans had invented, commenting, “The names are so cute. With all these units coming into existence, [the members] are getting even closer to one another, which makes us happy and proud.” 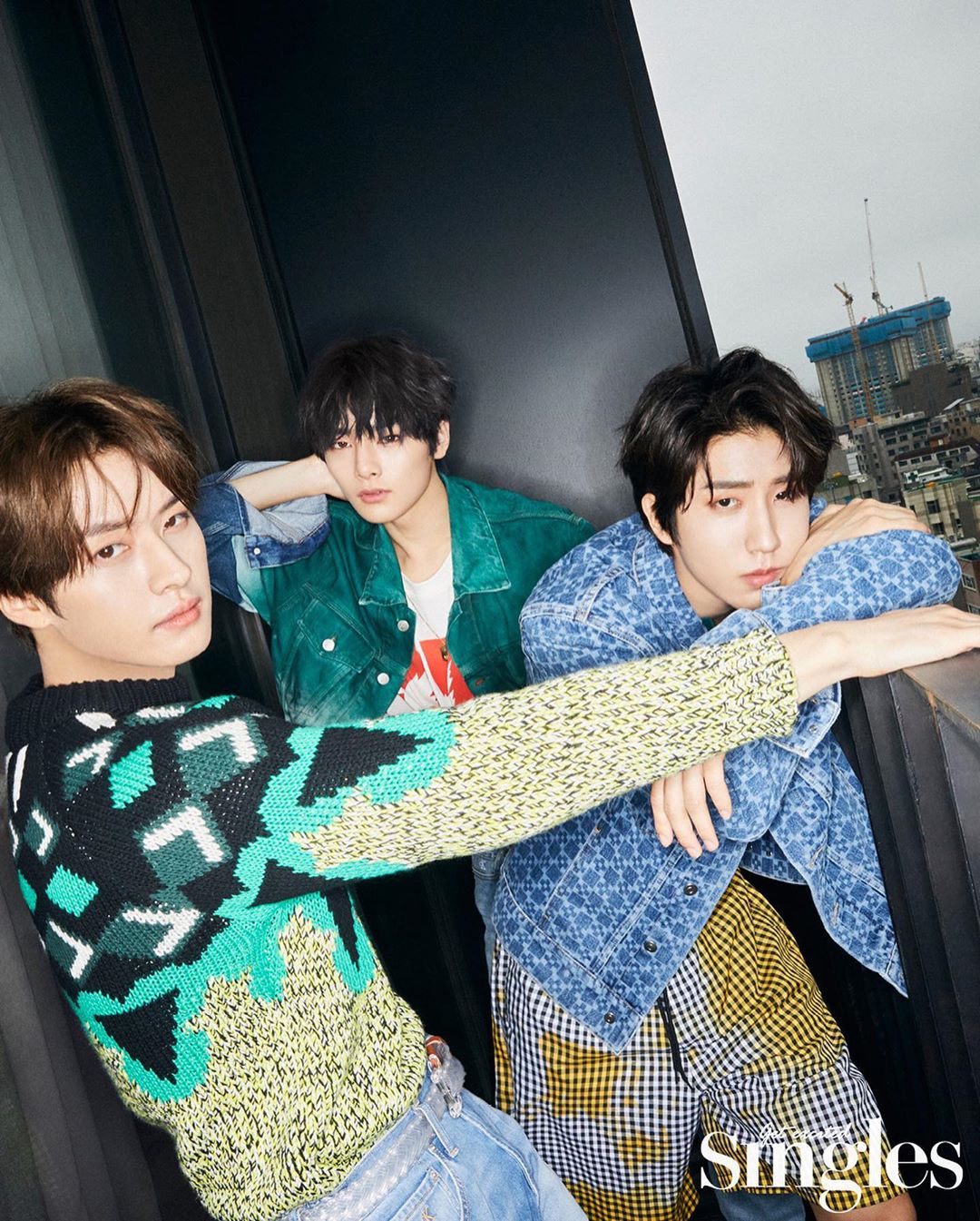 Stray Kids is scheduled to make their return with “IN生” (“IN LIFE”) on September 14. Check out their latest teasers for the comeback here!

SHINee
BTS
Stray Kids
Taemin
Jimin
How does this article make you feel?