“Tale of the Nine Tailed” is described as an “urban fantasy drama” and it tells the story of a male gumiho (a mythical nine-tailed fox) named Yi Yeon (Lee Dong Wook) who has settled in the city and the fearless producing director who is determined to hunt him down (Jo Bo Ah).

Lee Dong Wook portrays the gumiho Yi Yeon, who once ruled as a living god of the Baekdudaegan Mountain Range but now lives in the city. He travels between this world and the underworld while working as a judge who punishes monsters that disturb the world of the living. He has everything from wealth and charm to exceptional intelligence, but Yi Yeon will get caught up in a cruel love story as he becomes entangled with humans.

The mostly black-and-white teaser poster highlights the grandeur of the ancient gumiho Yi Yeon. Lee Dong Wook skillfully portrays the modern gumiho who has an air of nobility and a nonchalant attitude. His alluring yet cold smile also conveys a profound and mysterious aura. A sliver of light shines on his pale face, exposing his true identity as a gumiho while giving some insight into his mysterious world.

Furthermore, the red text on the poster reads, “Do you really want to see it? The world I live in,” piquing viewers’ curiosity about Yi Yeon’s character. 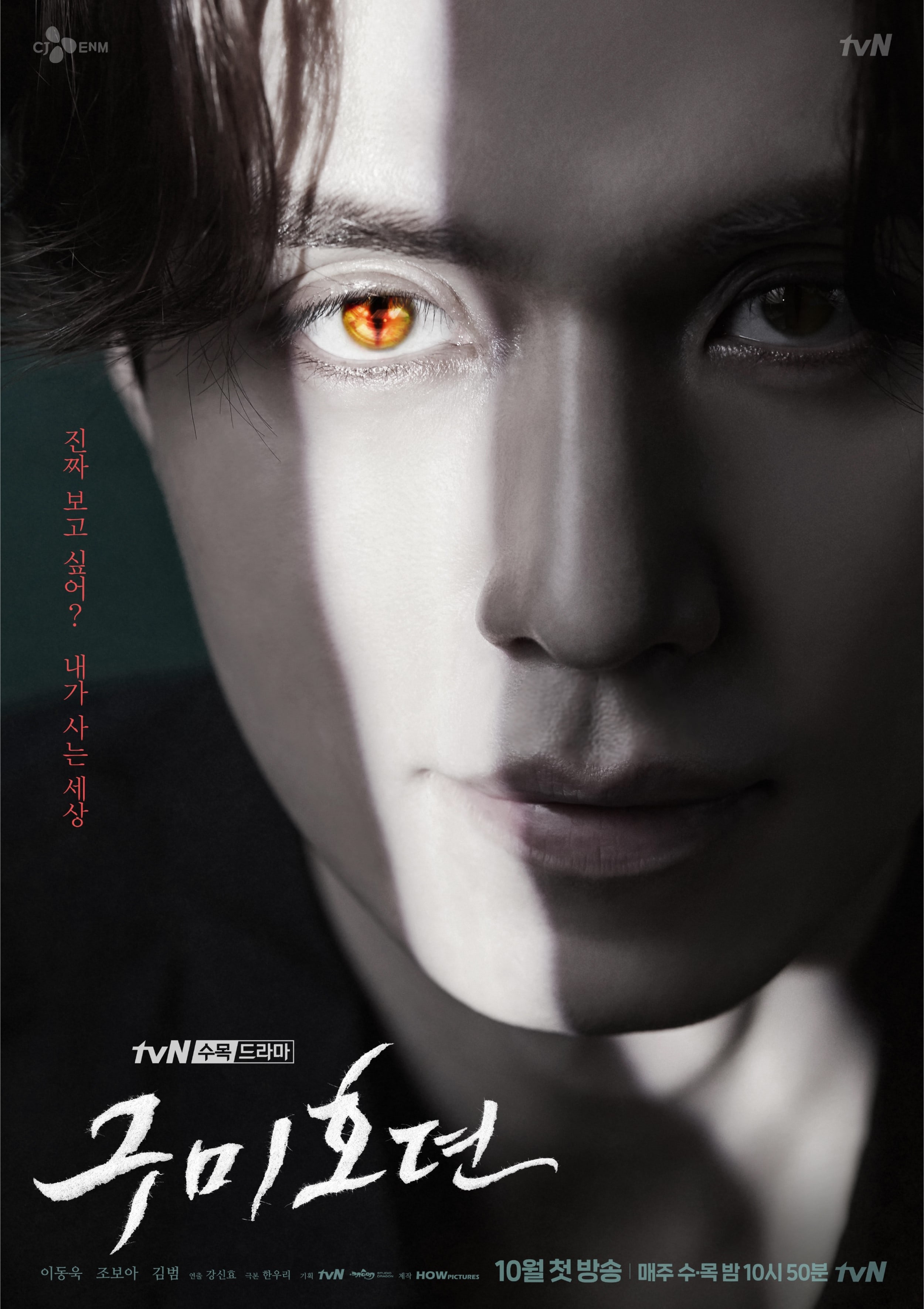 The production team shared, “‘Tale of the Nine Tailed’ is a new fantasy that will go beyond how people have understood gumihos until now.”

“Tale of the Nine Tailed” will premiere on October 7 at 10:50 p.m. KST as the follow-up to “Flower of Evil.” Watch a teaser for the drama here!

In the meantime, catch up with the latest episode of “Flower of Evil” below: