Ahn So Hee Shares Interesting Way She Prepared For Her Character In “Missing: The Other Side”

Ahn So Hee shared an interesting way she prepared for her upcoming role in OCN’s weekend drama “Missing: The Other Side.”

“Missing: The Other Side” is a mystery-fantasy drama set in a village inhabited by the souls of people who went missing while they were alive. There, a group of people search for missing bodies and try to discover what happened to each of them. Ahn So Hee will play Lee Jong Ah, a civil servant by day and a white hacker at night.

Ahn So Hee described her character as, “Lee Jong Ah is a smart and talented individual who passed her civil servant exam in one go, and she is also a white hacker who helps Kim Wook (Go Soo). I hope people will enjoy the double life that Lee Jong Ah leads as she puts her faith and affection in Kim Wook.”

She added, “I didn’t have a lot of information or knowledge about hackers, so I looked up hacking programs and I watched videos or lectures to learn more. Not only is Lee Jong Ah great at handling computers, but she also enjoys playing games. In the drama, there’s a scene where she can be seen playing ‘PlayerUnknown’s Battlegrounds’ at an internet café, so I would go to internet cafés by myself to practice. I also watched videos of gamers.” 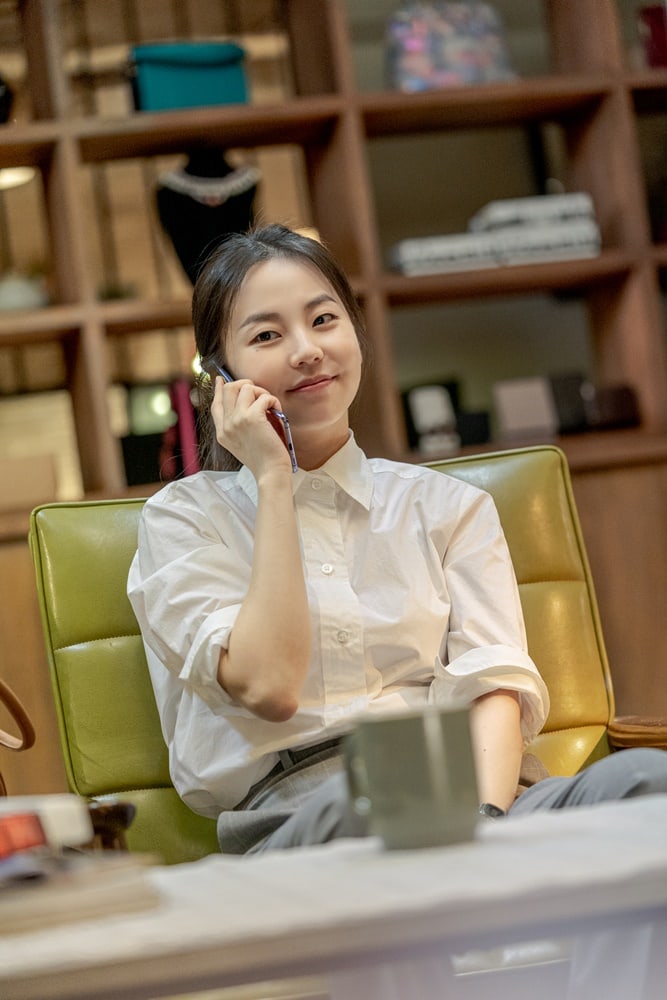 Ahn So Hee shared her excitement about working with Go Soo as she said, “It’s an honor to show sibling-like chemistry with Go Soo. Our two characters are very close and open with each other, so there will be lots of moments to see our chemistry. He always likes to joke around and is a very considerate person who does his best to make me feel comfortable.”

She said, “Our drama isn’t just going to be focusing on heavy topics, there’s also going to be funny and touching moments as well. As soon as I read the script, I knew I wanted to be a part of it. The stories of the characters were very warm and interesting. I hope viewers will be able to feel the bright energy that comes from solving each case in the drama.”

Ahn So Hee chose Heo Joon Ho as the person who keeps the mood lively on set as she said, “He always plays such impactful characters, so I wondered if he was serious and stoic in real life as well. But from the moment I first met him at our script reading, he has always had a bright smile on his face for the cast and crew, and I can feel warmth from his conversations.”

She added, “If I ever miss something about my character, he’ll come and have honest conversations with me about it. He always says, ‘What matters is that you’re comfortable. Relax,’ and his presence alone is such a great source of comfort for me. I constantly feel grateful to have met such a great person.”

“Missing: The Other Side” will premiere on August 29 at 10:30 p.m. KST and will be available on Viki. Catch a teaser for the drama below:

Ahn So Hee
Heo Joon Ho
Go Soo
Missing: The Other Side
How does this article make you feel?