Yoon Hyun Min, Hwang Jung Eum, And Seo Ji Hoon Are Passionate About Their Roles In “To All The Guys Who Loved Me”

KBS 2TV’s “To All the Guys Who Loved Me” recently revealed new behind-the-scenes stills of the three lead actors on set!

In the drama, the three display an exciting love triangle, and viewers are finding it impossible to decide between the two male characters.

The behind-the-scene stills showcase various moments of Hwang Jung Eum, Yoon Hyun Min, and Seo Ji Hoon. First of all, Hwang Jung Eum brightens the atmosphere with her cheerful smile. You can also see her affection and passion for her character as she seriously studies her script.

Yoon Hyun Min immerses into his role as the cool and calm Hwang Ji Woo. He poses with a book in hand and shows the intellectual charm of an educated man. He also monitors his acting with diligence and seriousness.

On the other hand, Seo Ji Hoon concentrates on his script and attempts to portray his character in the most efficient way. During break, he poses for the camera with a gentle smile, and viewers are excited to see more of his acting on screen. 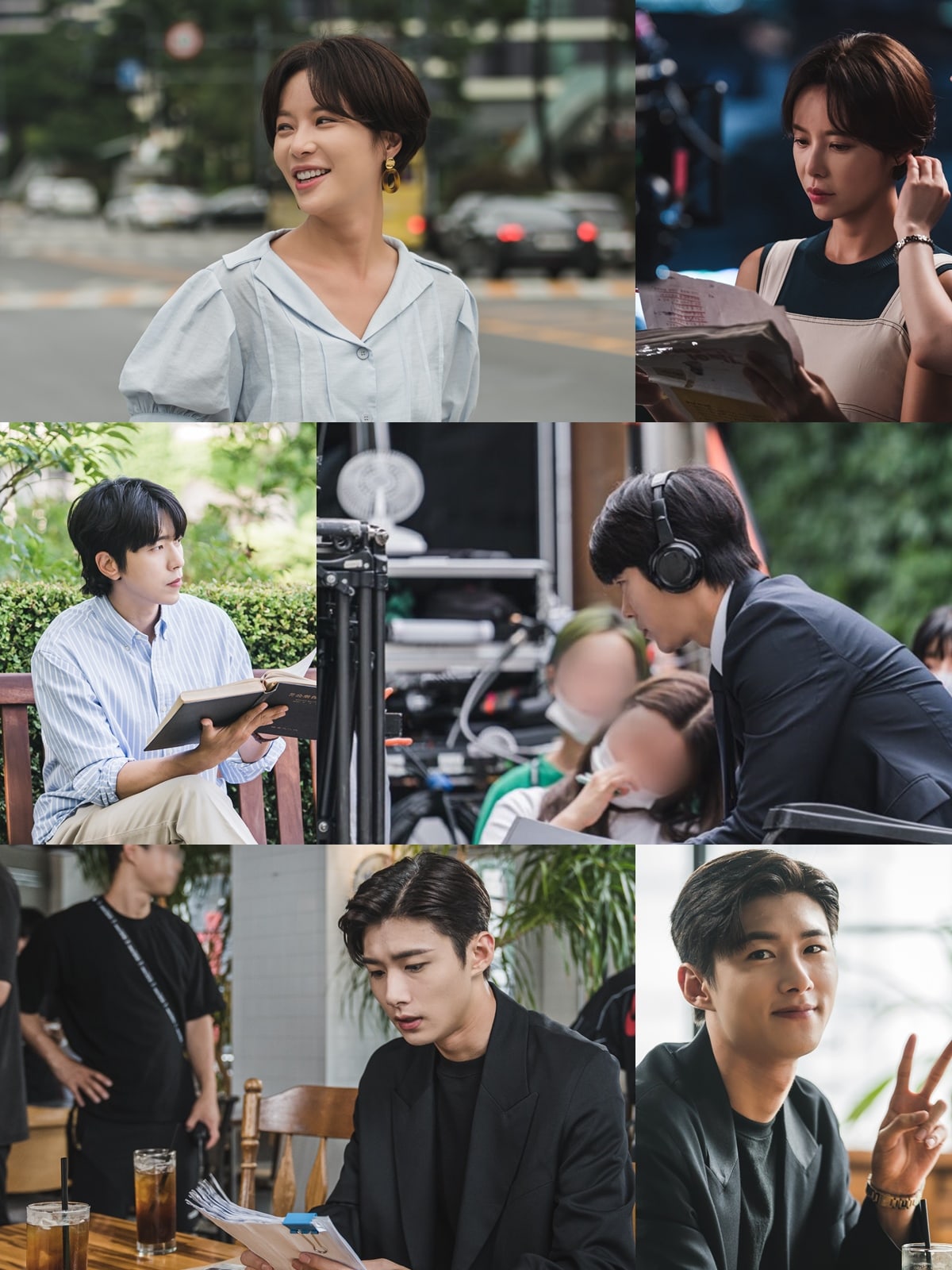 Previously, filming for “To All the Guys Who Loved Me” was halted because supporting actor Seo Sung Jong tested positive for COVID-19. However, filming has since resumed, and the final two episodes will air this Monday and Tuesday at 9:30 p.m. KST.

While waiting for the grand finale, check out the latest episode on Viki: